A KINDERGARTEN WITH A FAIRY-TALE VIBE

x+living has recently unveiled a new kindergarten in huzhou, china, referencing the idea of a museum which interprets the concept of knowing by seeing. encompassing 12,800 sqm (around 137,000 square feet), the kindergarten aims to return education to it essence and strives to build a platform for children to grow up naturally, independently and freely.

‘museum, as an architectural symbol, first jumps into the designer’s mind, but the designer needs to consider how to make perfect grafting with the preschool education space,’  said x-living. ‘by extracting the divinity from the architectural forms of museum and utilizing the similar structure, the designer is able to arouse the first visitors’ emotion, and thus the sanctity of education is obviously unveiled. in order to provide children with a dreamy space, under the objective condition that the architectural structure could not be changed, the designer independently transformed the facade, ceiling and interior floor, making the space modeling shapes like soft and puffy clouds. in the white and dreamy clouds, a school full of love and freedom is gently wrapped. it is a “museum” dedicated by the designer to children.’ 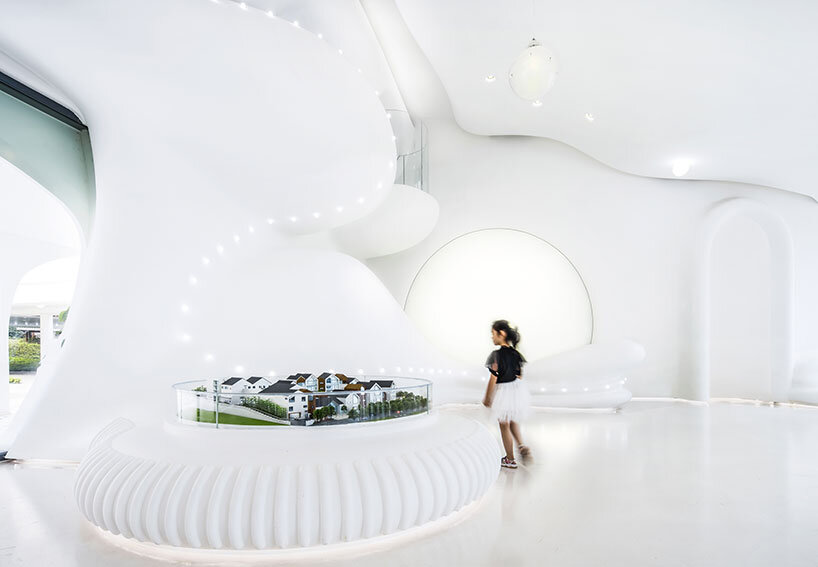 in this kindergarten, X-LIVING REFERENCES THE DESIGN OF A MUSEUM

children are welcomed through a lobby that features a galaxy light stripe surrounding six starlike lamps that recall the mystery of astronomy. kids are invited to understand the vastness of the universe in the lobby while white walls provide a space for the school to display relevant information.

a corridor leads to the classroom and functional areas. this vein also references the idea of an art museum by displaying the children’s work as well as other material used by teachers to popularize knowledge and science. the skirting lines are designed like ruffles of clouds, and are made into seats with soft coverings. 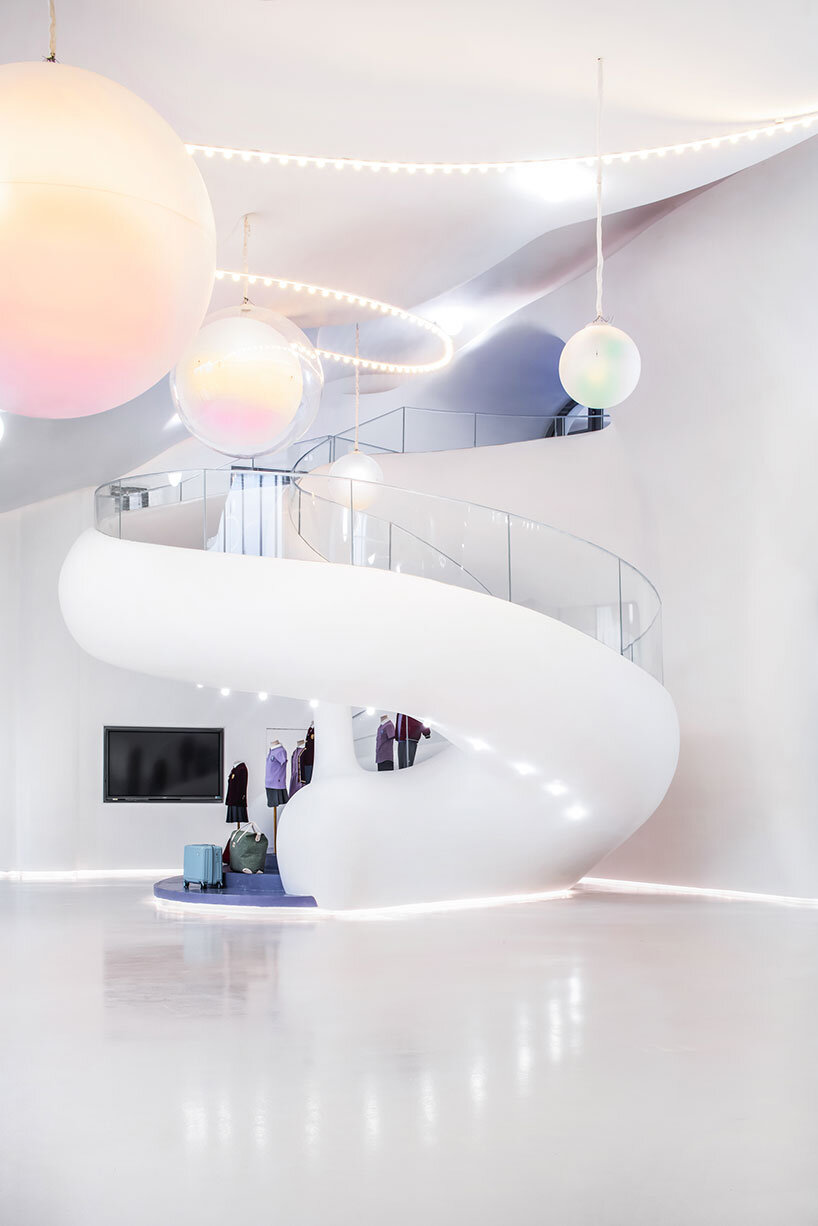 preschool education is the first social experience in children’s life, and the people at x-living believe that it is the time where kids develop a reasoning that will affect their whole life. borderless exploration and positive guidance are therefore keys to accompany their transition towards independent thinking. 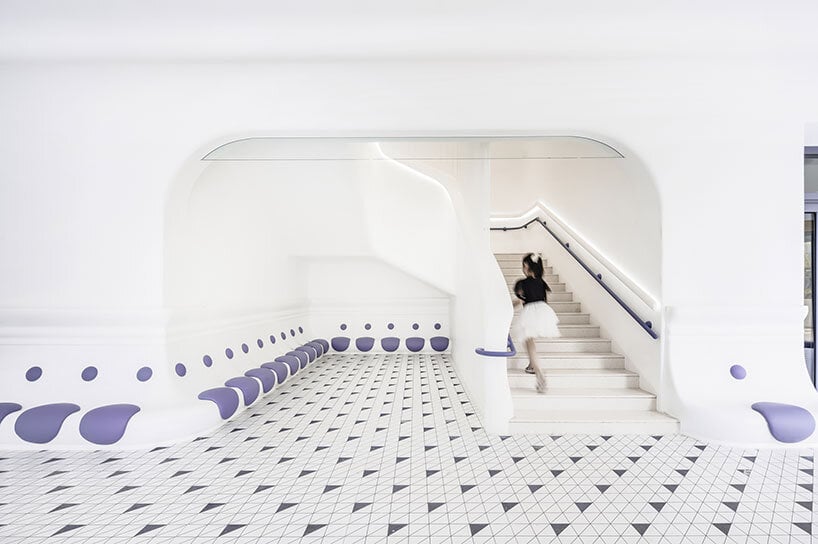 the skirting lines are designed like ruffles of clouds, and are made into seats with soft coverings.

the architects made use of rounded lines depicting the soft shape of clouds in space. this is seen in the swimming pool and auditorium which through softness and pastel colors create a fairy-tale feeling that triggers children’s imagination. in the auditorium the seats with gradient colors make the whole space gently glow.

the white general classroom has the highest spacial density in the whole kindergarten featuring gentle macaroon colors that avoid grabbing much attention. a partition screen in the form of a jigsaw puzzle adds a sleeping area on the side of the classroom. this can be used also as a white board for writing and painting, inspiring children to learn independently and giving more presentation space for teachers. 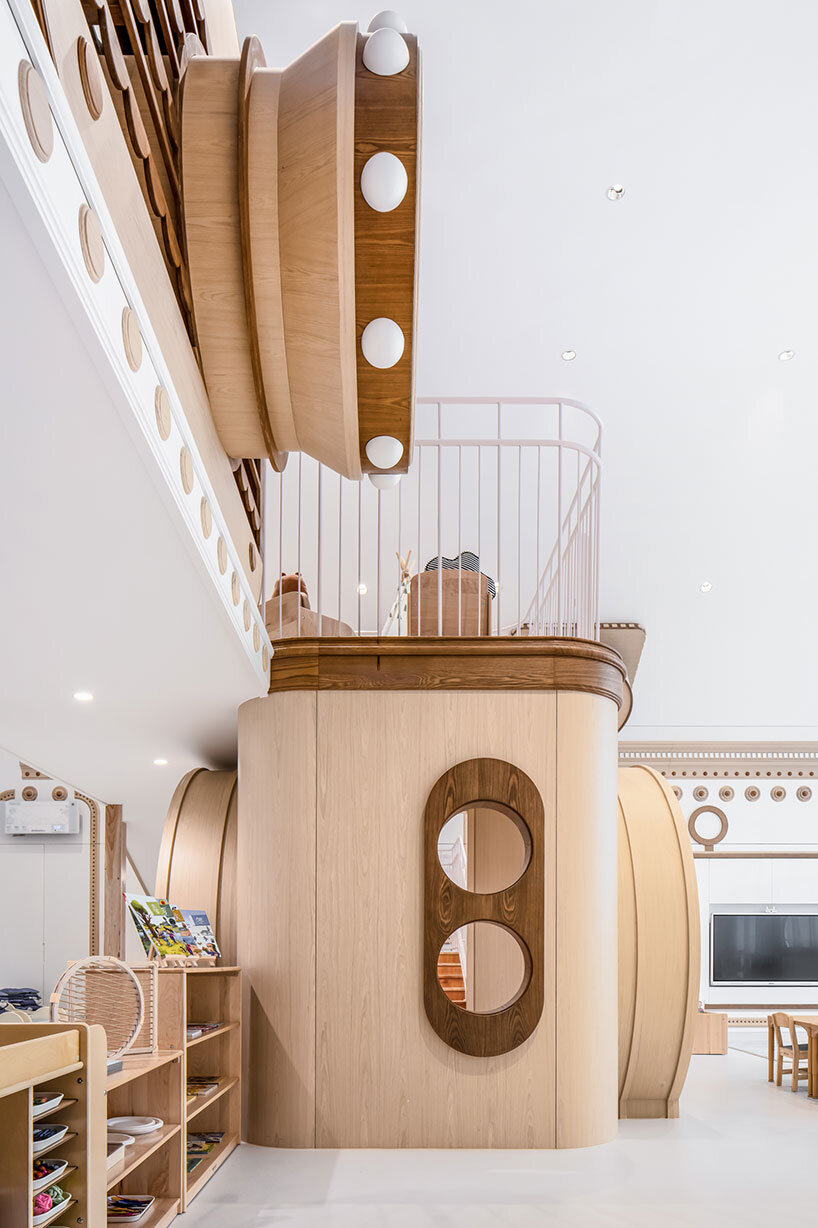 x-living continues with its idea of learning by seeing  with the attic classroom where an oversize camera-shaped element invites children to capture their life while creating a play area. the kindergarten alse features art, lego, sports, reading, and psychological game rooms. there are also areas for dance, health, piano, and other office spaces that follow the soft color tone of the whole project. details such as crown moulding and wall decoration are part of the general harmonious feeling. 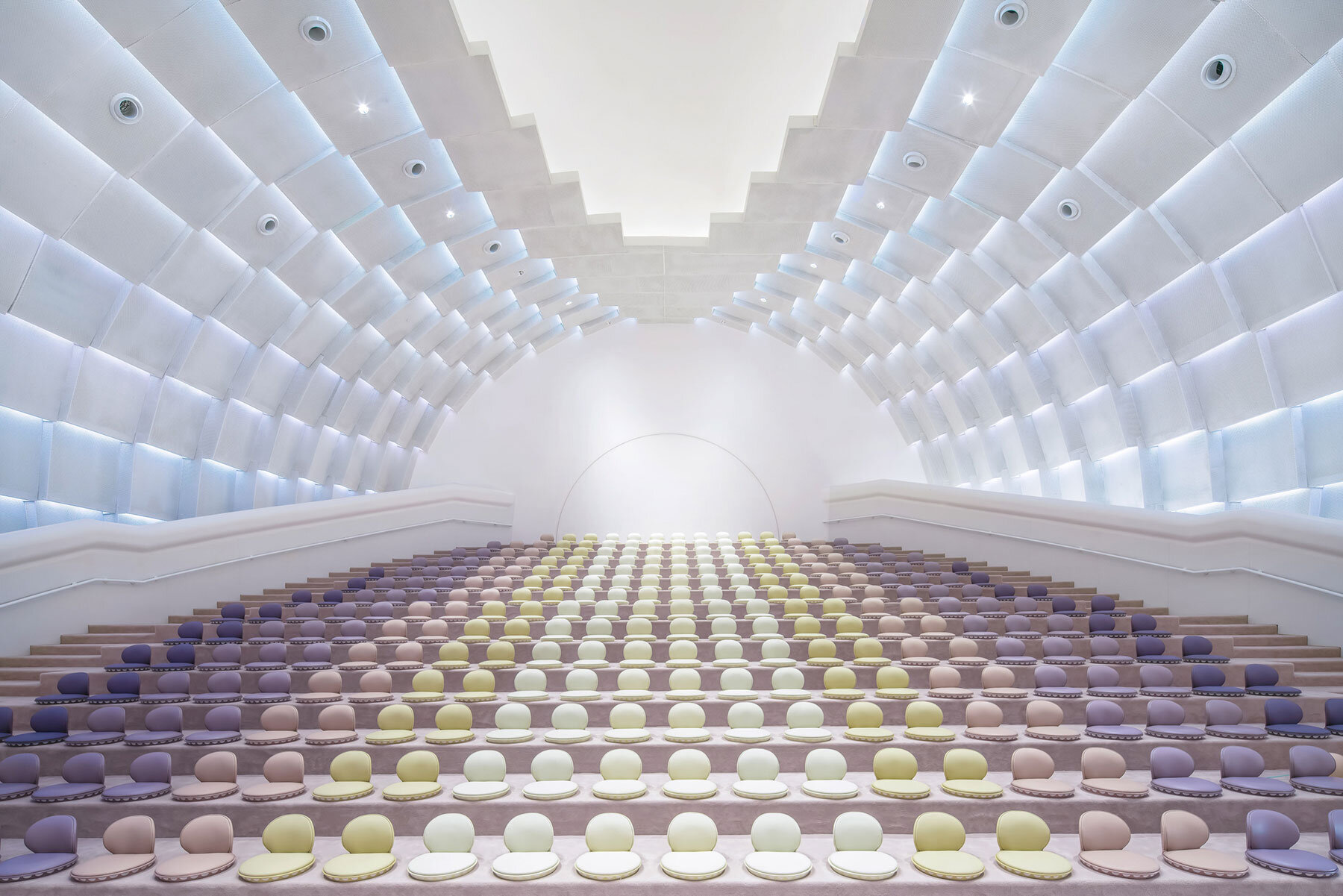 in order for children to learn through experience, the architect has added a simulation city. those incorporated  facilities include supermarkets, hospitals, and other common areas such as a kitchen. the unity of aesthetic makes the space look like a mini city for children. 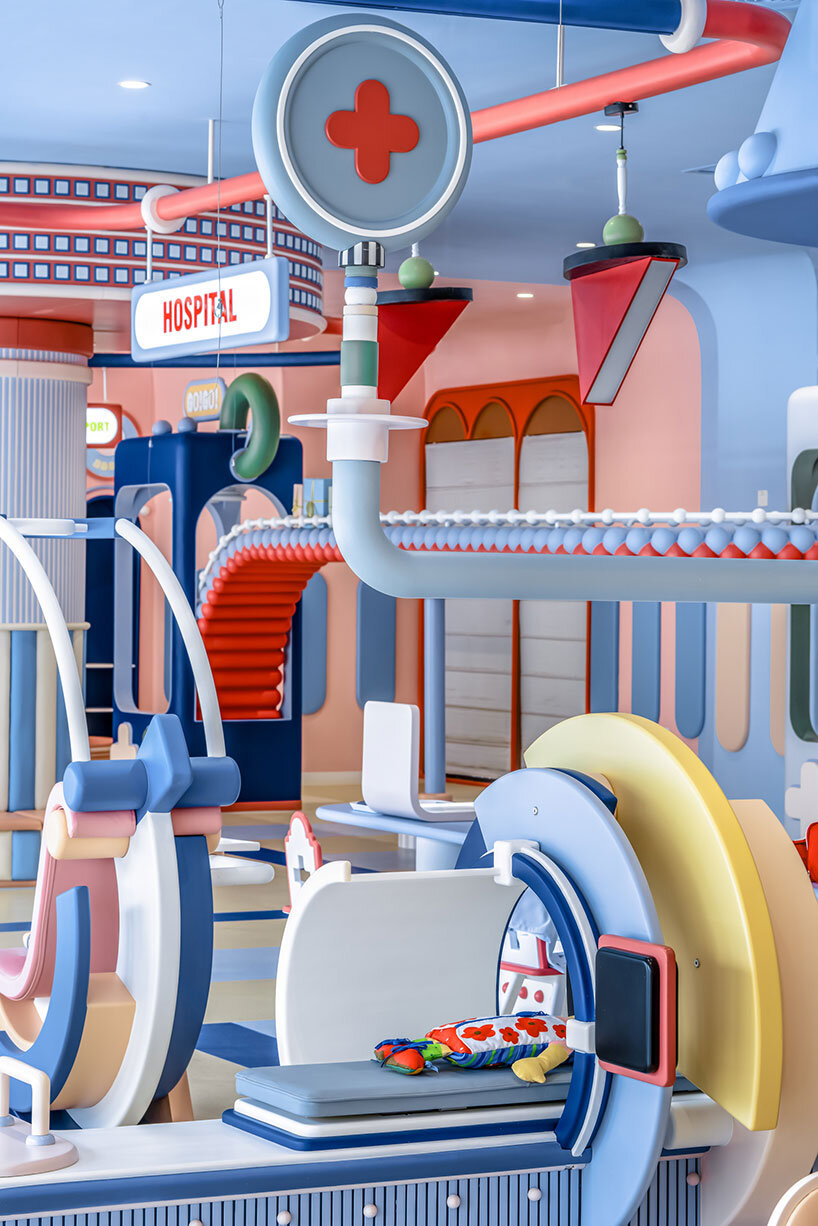 in order for children to learn through experience, the architect has added a simulation city

‘childhood memories are always ethereal and distant, but in the corner of our memories that we can’t clearly recall, subtle influences of specific places or events continue to bring energy to us as an adult’ x-living concludes. ‘to create a space accompanying child for several years, the design should be of less intervention without forming a clear style. more attention should be paid to create experiences full of psychological hints, so that children could wander and run aimlessly and build up emotional connections with the space which eventually become warm memories. thus the space itself, turns out to be a dream woven by the designer existing in the children’s spirit world’ 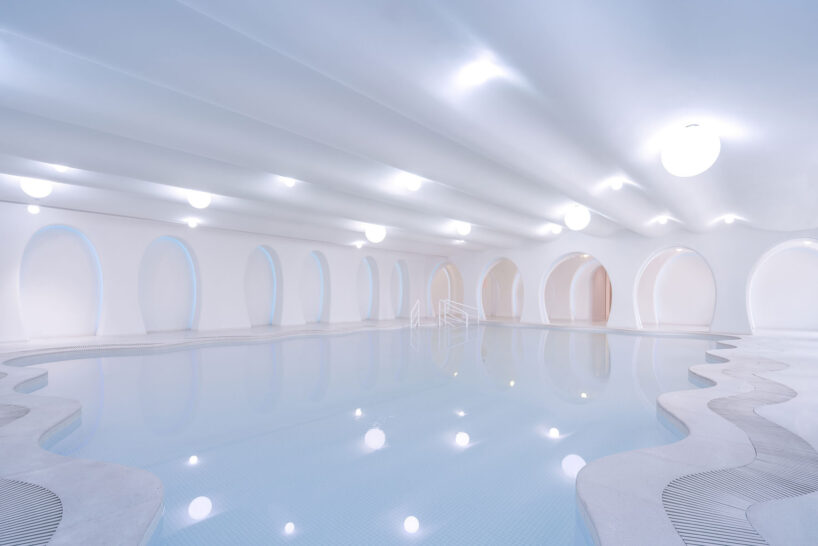 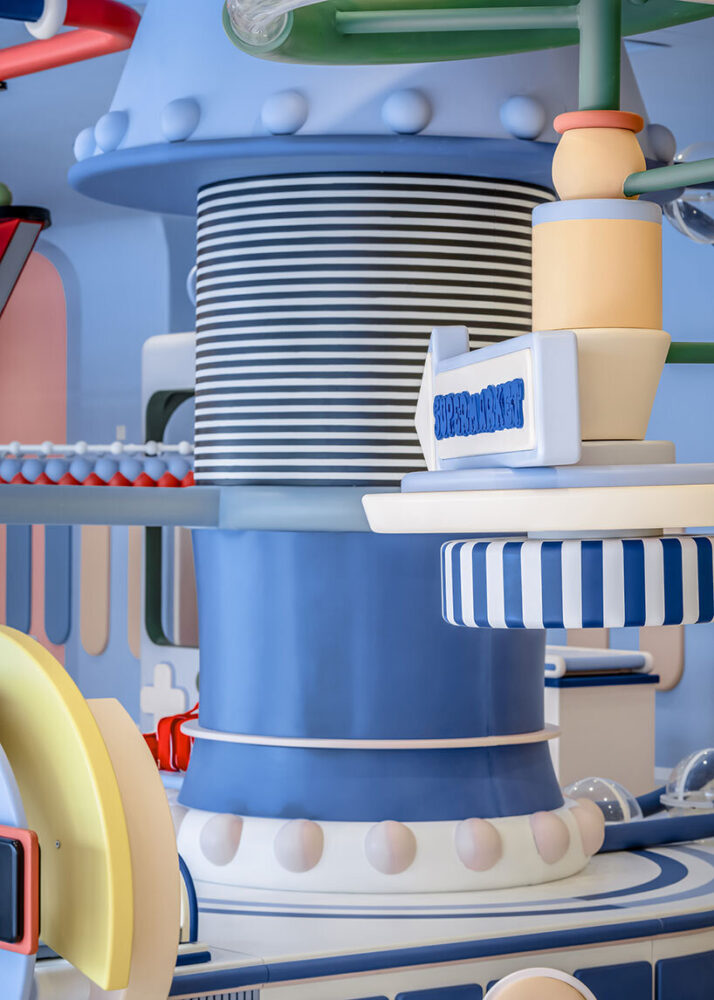 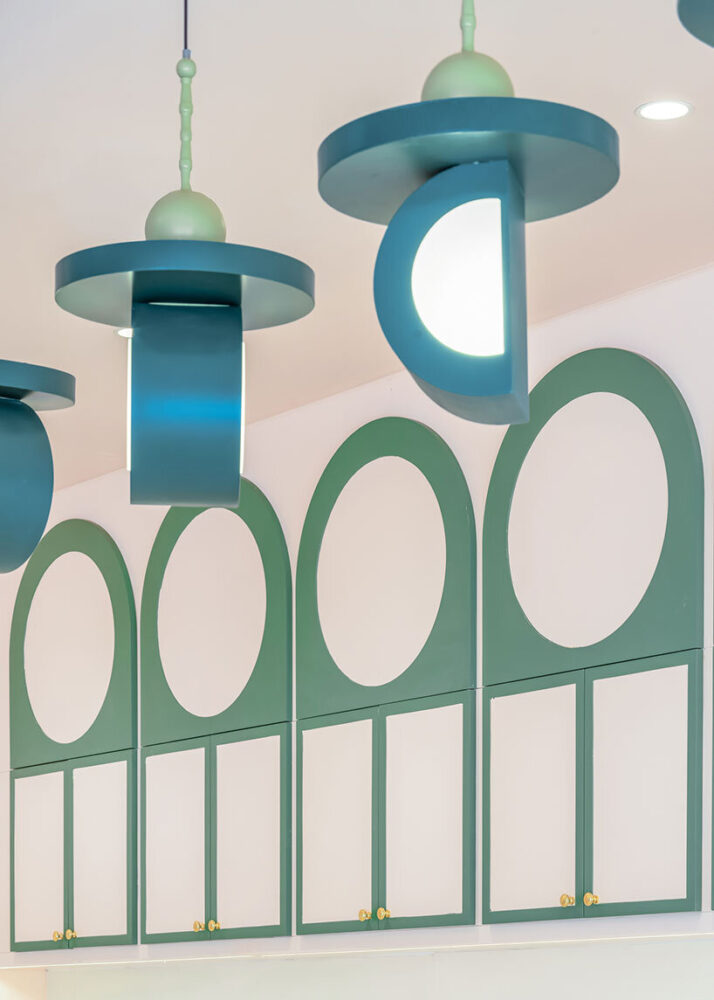 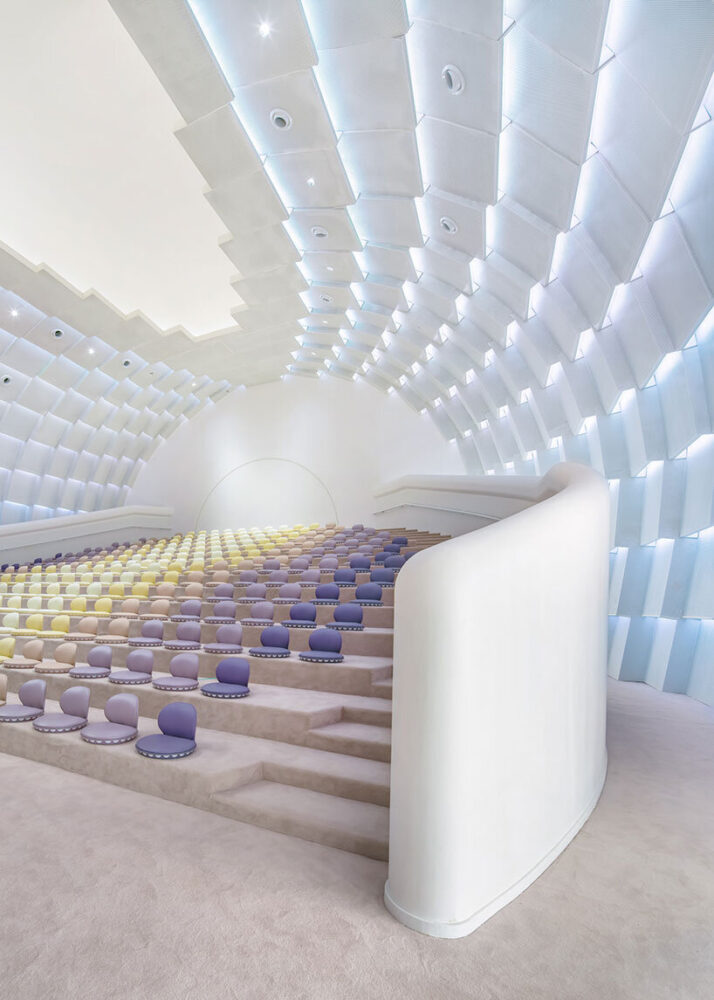 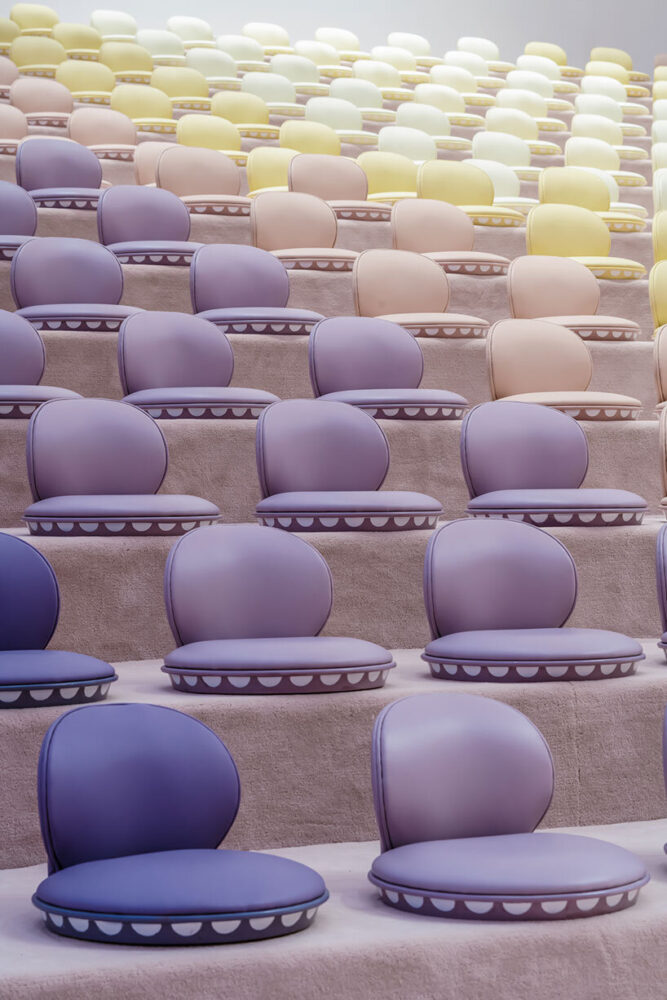 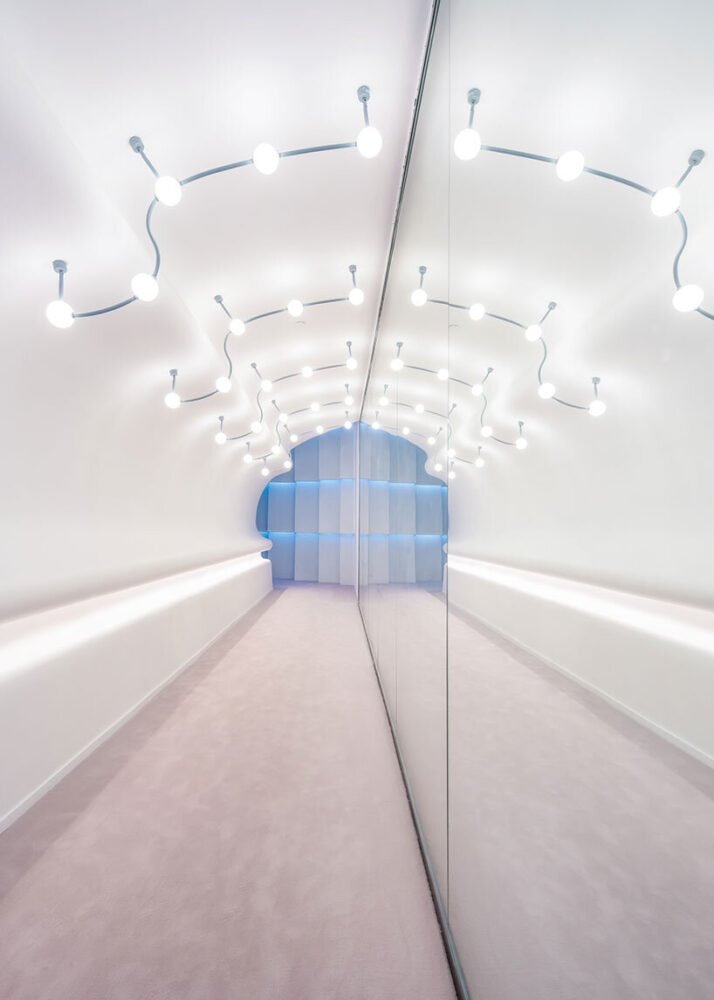 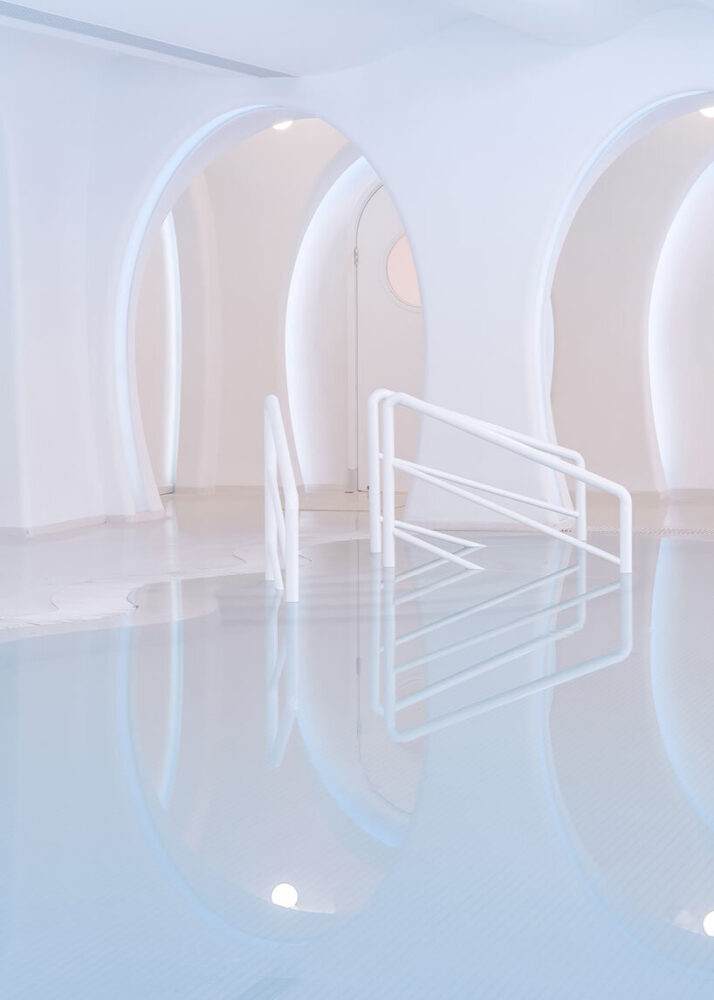 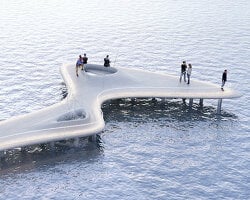 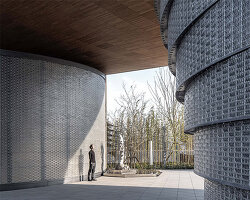 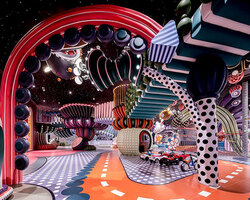 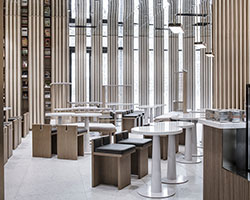 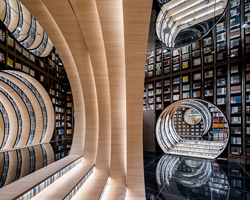