‘nakagawa office extension’ expands the usability of an existing building’s facade with an expanse of glazing and carefully composed vertical circulation. yasutaka yoshimura architects added the structurally separate and highly function envelope to the two year old building so as to exteriorize the main circulation of the space and add a washroom, kitchen and new entrance,  all while remaining well within the building footprint limitation and preserving parking space. by thickening the architecture of the facade, the building creates ample room for the wholesaler client’s numerous shelves and storage units as well as two-tiered stair and platform system. rust-stained concrete and the duct system of the structure is left exposed towards the interior of the pristine new space. the light-filled hall also creates new gathering areas and allows natural illumination to pervade the enclosed space. 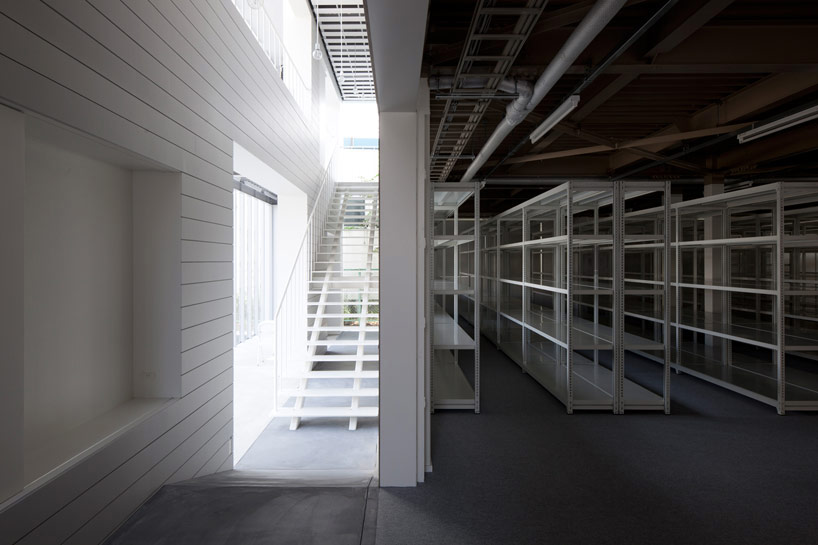 view of the junction between the existing building and the extension 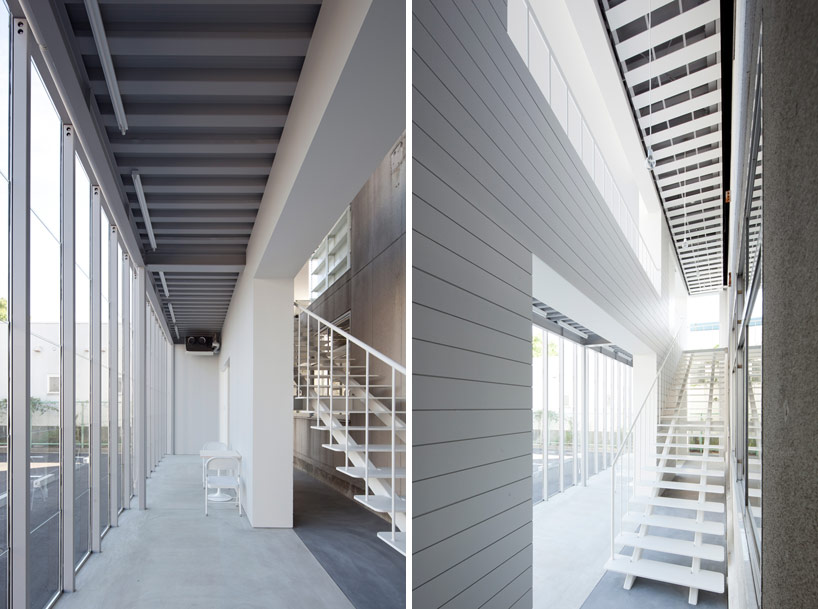 the thickened facade is fitted with the main circulation 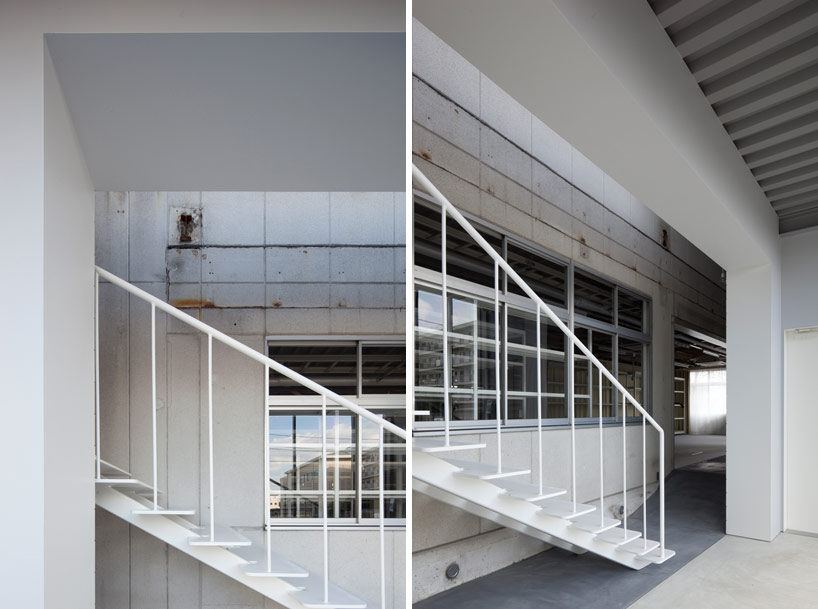 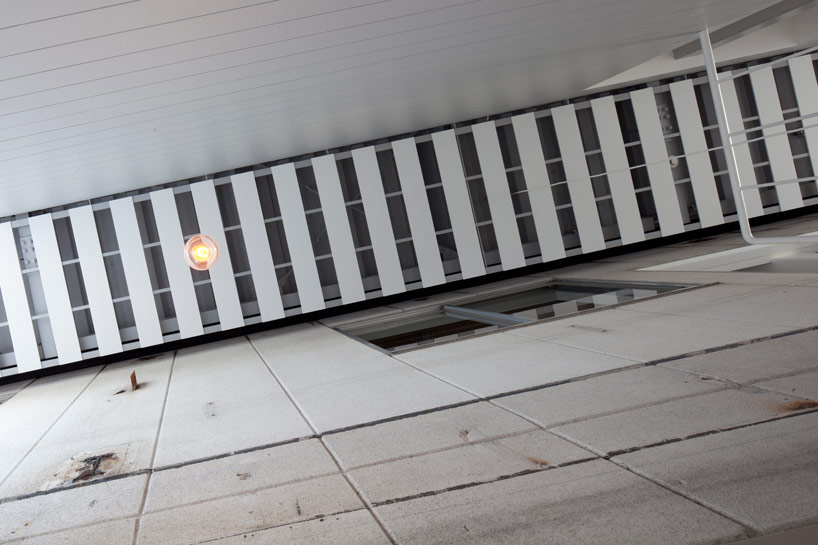 view up toward the platform addition 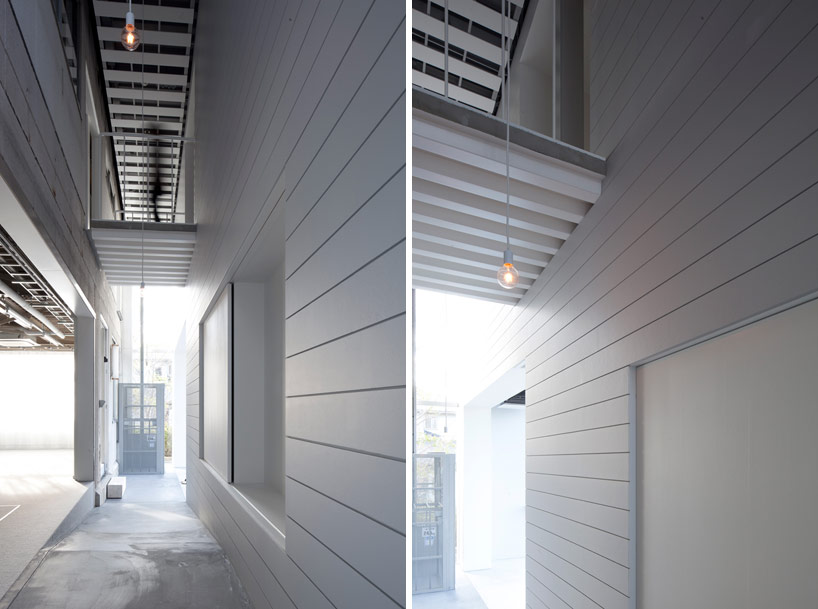 the extension’s cladding is characterized by a language of slats 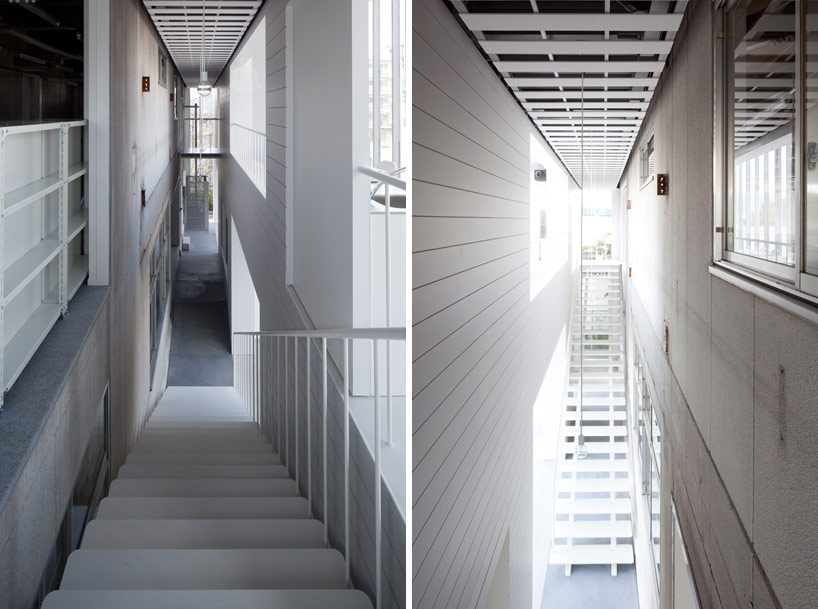 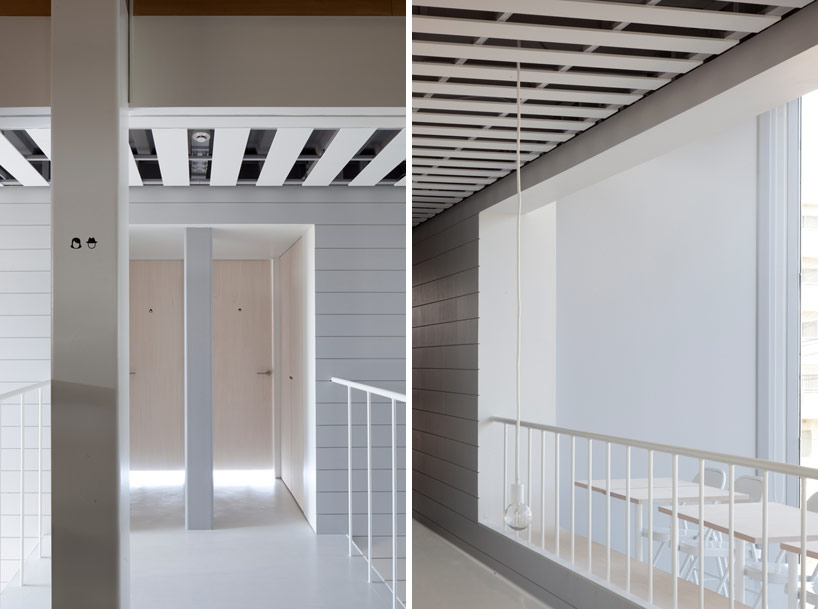 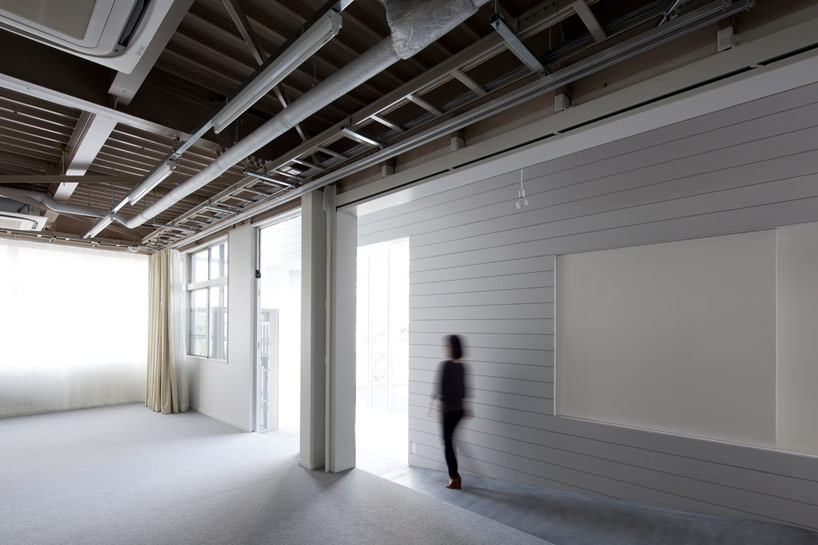 view from the existing building toward the exit ramp 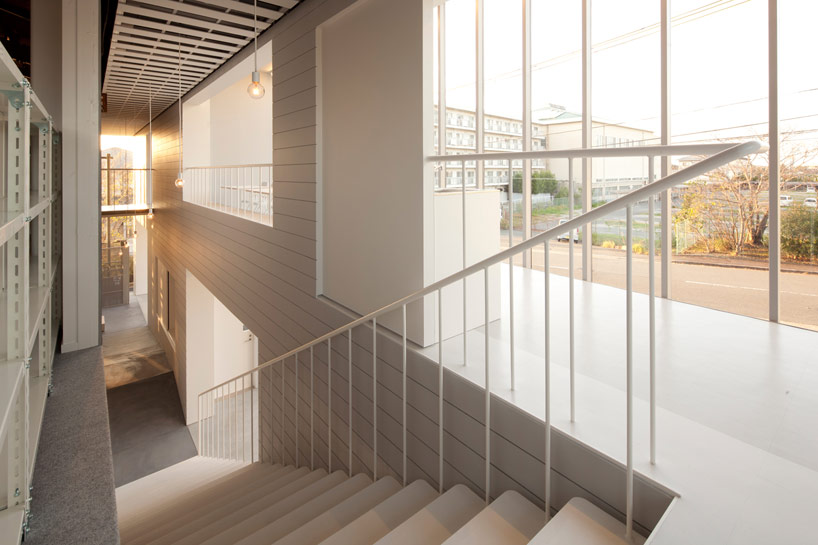 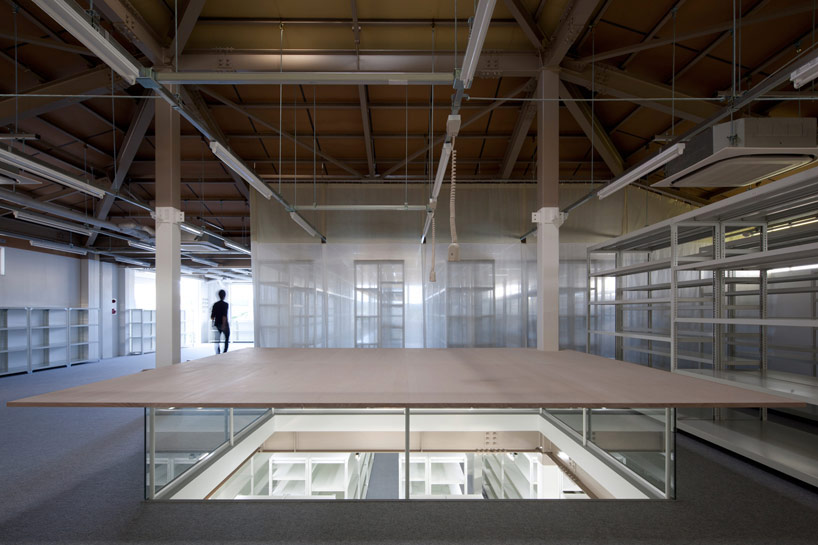 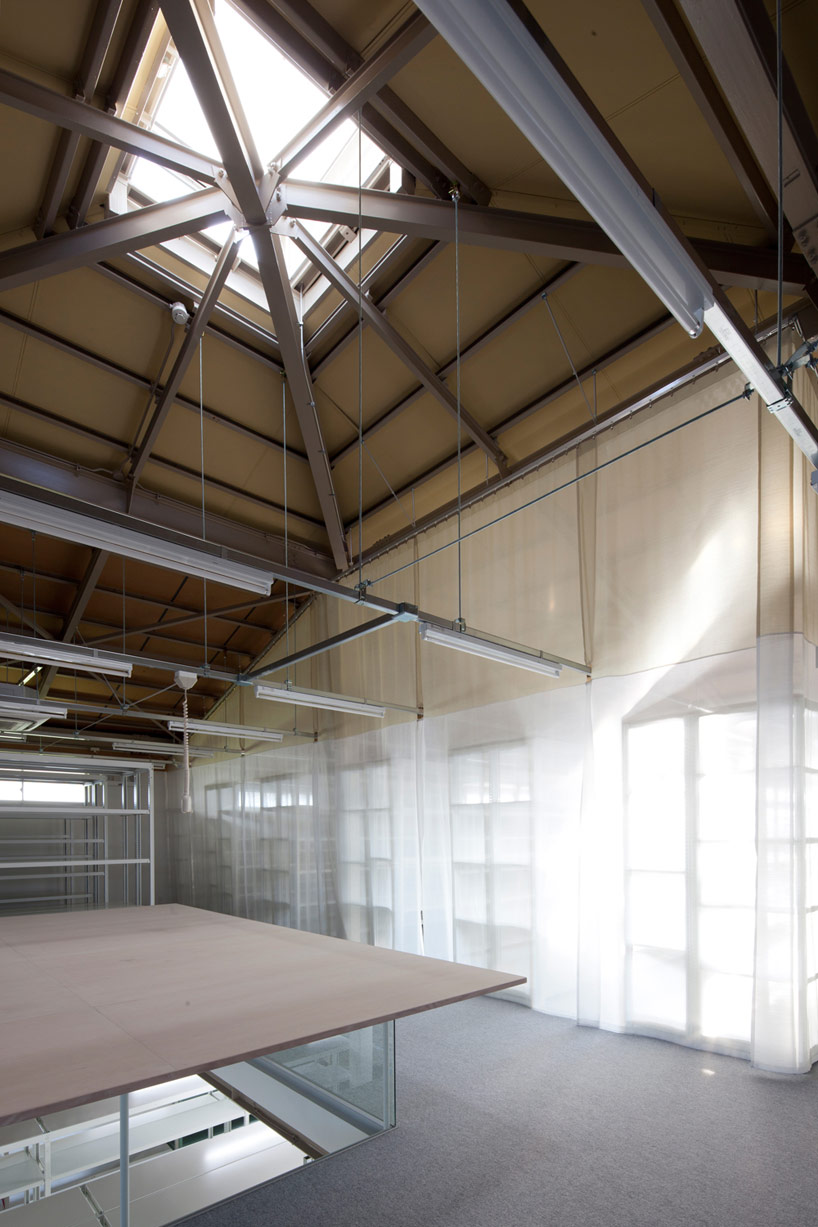 light shines through the facade and into the shelf / workspace 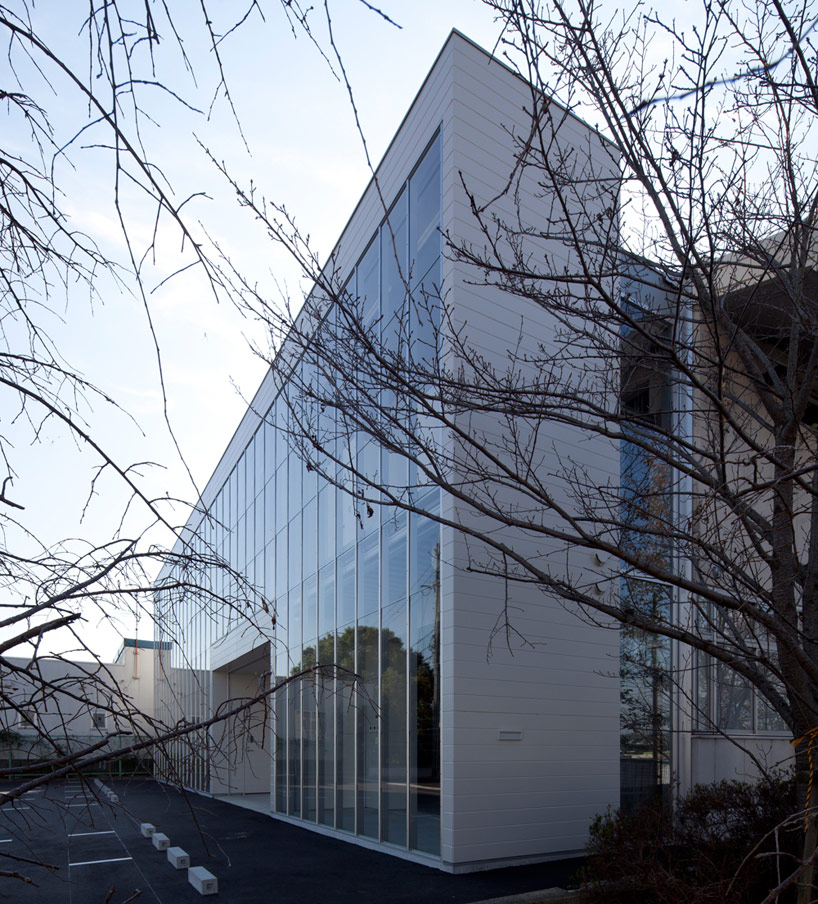 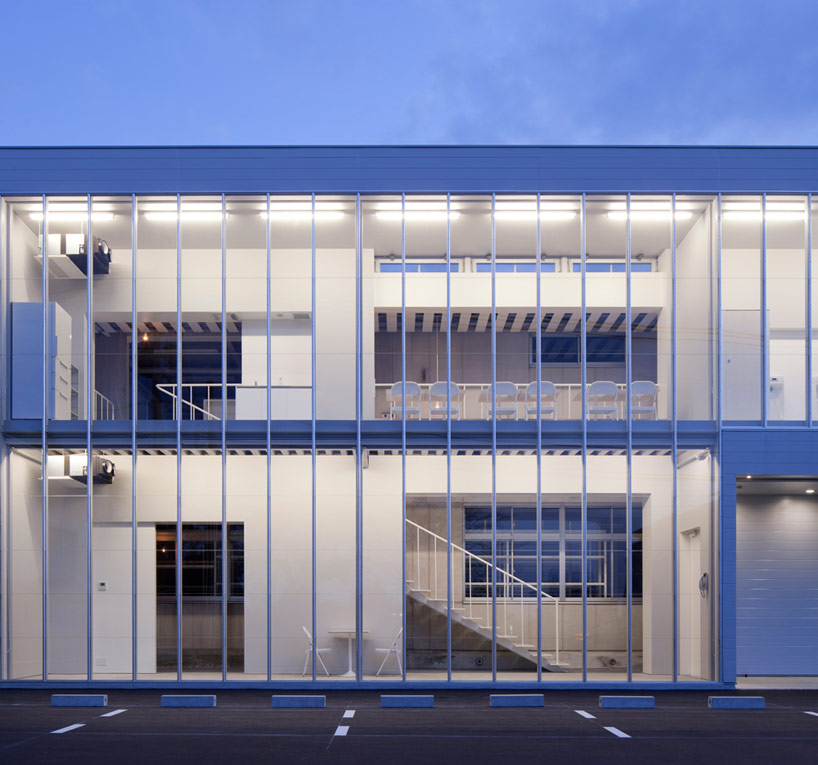 the facade is made highly functional 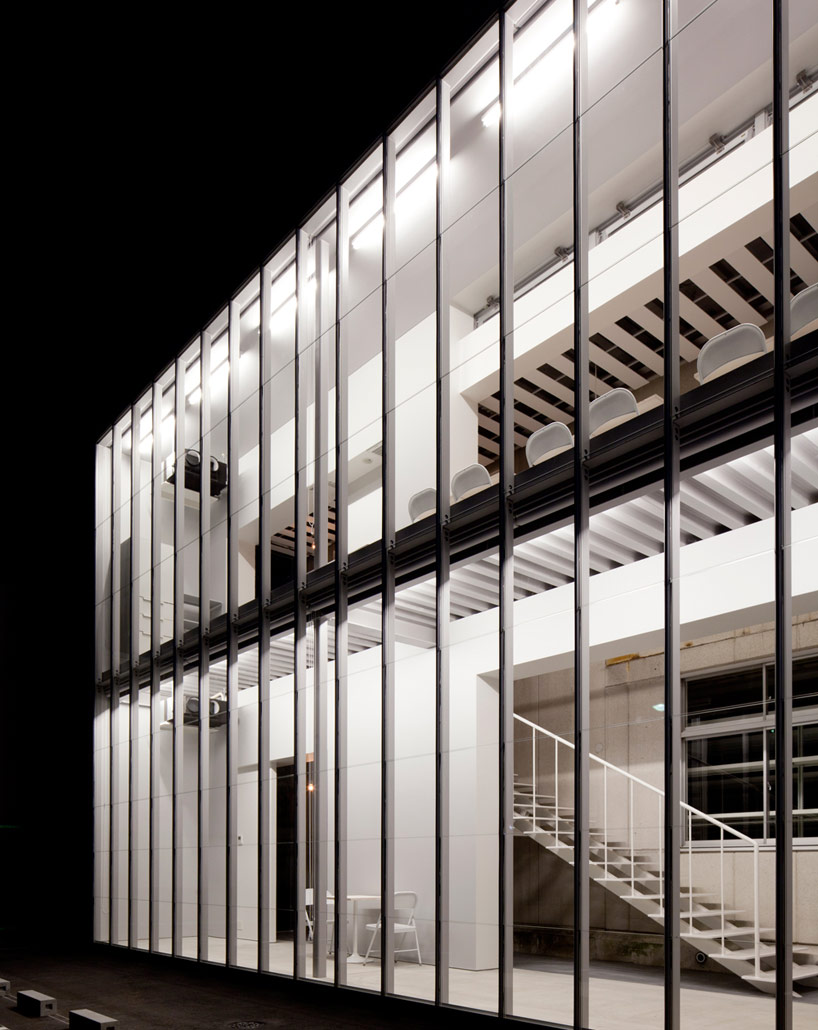 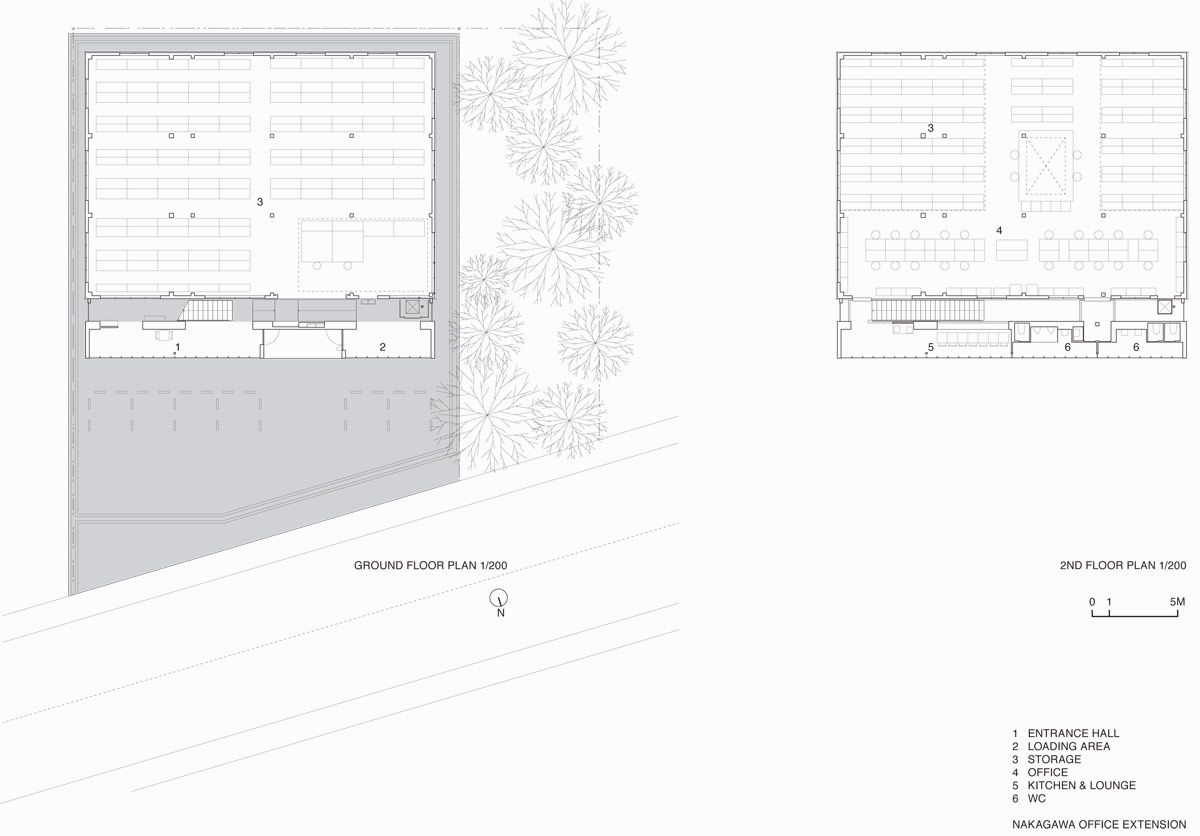 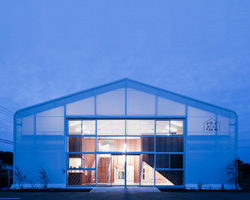 Jul 07, 2016
yasutaka yoshimura adapts warehouse into a kindergarten in japan 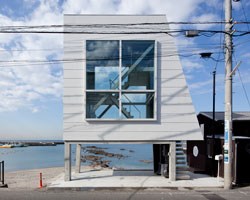 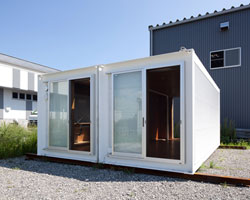 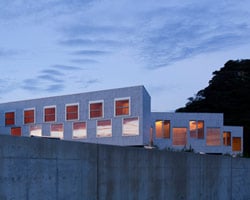 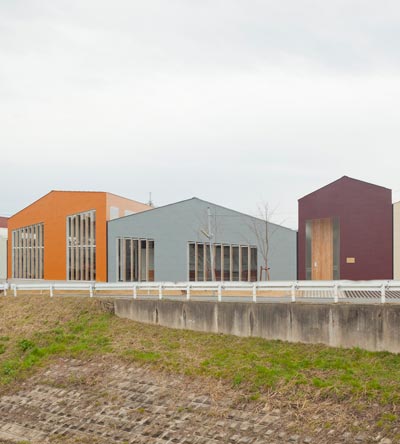