zaha hadid‘s stingray inspired roof frame for the aquatic centre at the london 2012 olympic games has been completed. said to be one of the most complex engineering and construction challenges of the olympic park, the sweeping steel roof frame weighs approximately 2800 tonnes spanning 160 metres long and 90 metres wide.

unlike ordinary buildings the roof structure was the first to be complete, lowered into position on top of three concrete pillars. work will now begin on applying the aluminum roof covering and timber cladding.

the 244 million pound aquatic centre will consist of two 50 metre competition and training pools, along with a concrete diving pool. the building is due to be complete in 2011. 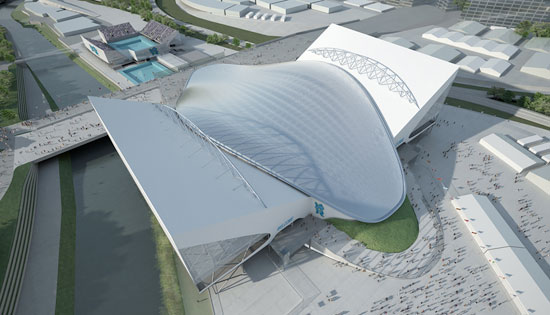 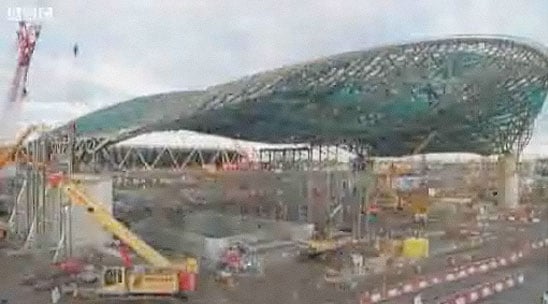 view the construction of the video being constructed here

see the previous videos of the beginning stages in construction here