zaha hadid architects recently unveiled plans of their project chaoyangmen SOHO III, located in the city center of beijing. with the headquarters building of the ministry of foreign affairs on its east and chaoyangmen soho I and II on its north, it is surrounded by different urban amenities including outdoor space, offices and residential spaces. the total construction area of the project is 334,000 square meters, of which 166,000 and 86,000 square meters are designated for offices and retail uses respectively.

the project is designed based on the traditional chinese courtyard, an inner space within a building. chaoyangmen SOHO III  was conceived as a series of continuous and flowing volumes that coalesce, which fuse and pull apart as stretched bridges to create a world of continuous mutual adaptation. 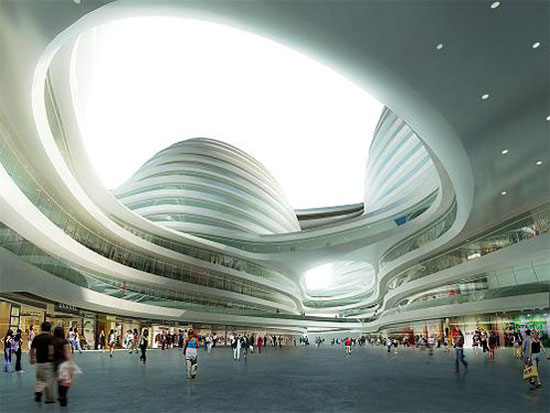 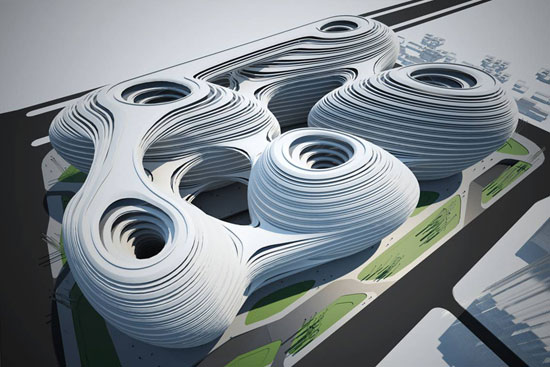