working toward a smarter, cleaner future

Zaha Hadid Architects (ZHA) is announced the winner of a competition to design the Jinghe New City Culture & Art Center in China‘s Shaanxi province. The project is located within the Jinghe Bay Academician Science & Technology Innovation district of the city.

With new institutes for scientific research, Jinghe New City is growing as a science and technology hub — all driven by environmental concerns. The team notes that the city is soon developing into a center for industries which primarily research new energy sources and materials, aerospace, and artificial intelligence. With this context in mind, the project is designed as a passive building, and integrates technologies for on-site power generation.

On September 16, 2022, the construction of the Jinghe New City Culture & Art Center began with a ground-breaking ceremony hosted by the city and regional officials. ‘The Jinghe New City Culture & Art Center will promote the highest standards of construction throughout the city. Creating a variety of new public spaces to serve the community, the project demonstrates Jinghe New City’s determination to provide architecture and urbanism of the highest quality,’ notes Hongwei Zhang, committee member of Xixian New Area and Jinghe New Town. Zaha Hadid Architects (ZHA) sculpts its proposed Jinghe New City Culture & Art Center to recall the naturally carved landscape of Shaanxi province. The design team‘s fluid geometry echoes the meandering valleys sculpted over time by the Jinghe River which runs through the mountains outside the city. The design intertwines with the city’s existing urban masterplan to connect the new multimedia library to the north of Jinghe Avenue with the new performing arts theater, multi-function halls, studios and exhibition galleries to the south. All these links are by way of elevated courtyards, gardens, and footpaths that float above the eight lanes of traffic below.

The project integrates gently sloping ramps to allow access from the district’s network of elevated public walkways. This access creates links between the area’s commercial and residential districts with the parks and river to the south, while inviting residents of the city into the heart of the building and providing direct access to a planned metro station. 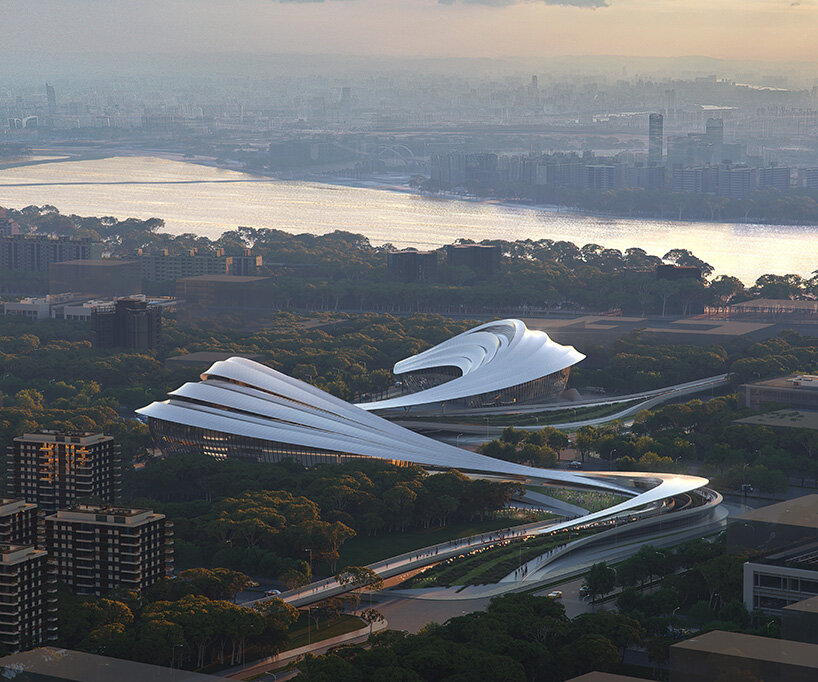 a place for research, performance, and recreation

The design team at ZHA organizes its Jinghe center as a stranded network of flowing volumes. Opening onto courtyards and gardens, these fluid layers and surfaces take shape to become a series of interior and exterior cultural and recreational spaces, all accessible to the surrounding community.

The terrace which hosts a multimedia library overlooks a full-height atrium. Here, diffusing skylights define a collection of reading zones for both individual and collective study. The library will integrate print publications together with immersive virtual reality technologies that expand the boundaries of learning and enrich the exchange of knowledge.

Toward the avenue’s south side, a performing arts theater will accommodate 450 visitors and can adapt to many uses and events. The multi-function hall, studios and galleries are stacked and arranged around the theater to share public areas designed to enhance accessibility and inter-disciplinary collaboration. 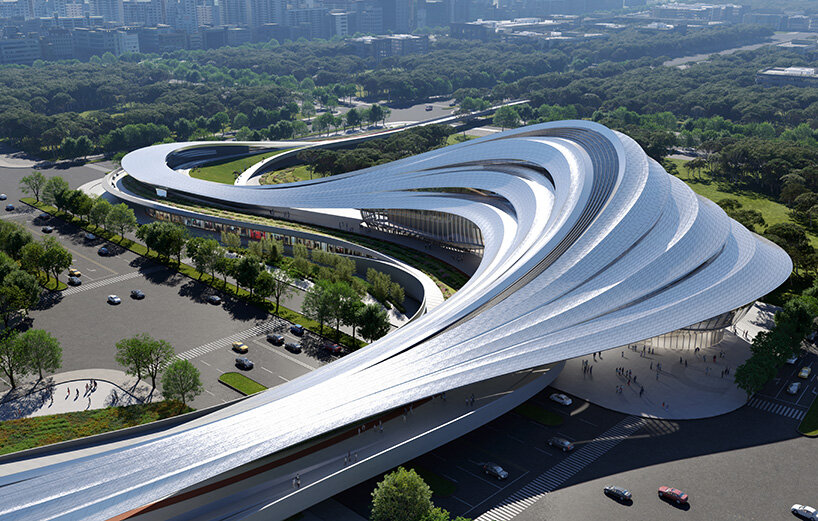 The architects aim to optimize the center’s natural ventilation and daylight with a solar irradiation analysis and responsive site planning — working within the mild temperate climate of Jinghe New City. The team will incorporate photovoltaic panels for power generation on-site, and will integrate a system of rainwater collection. Construction of the new center construction will prioritize locally-produced materials with a high recycled content, ultimately aiming to achieve a 3-star certification in China’s Green Building program (see more here). 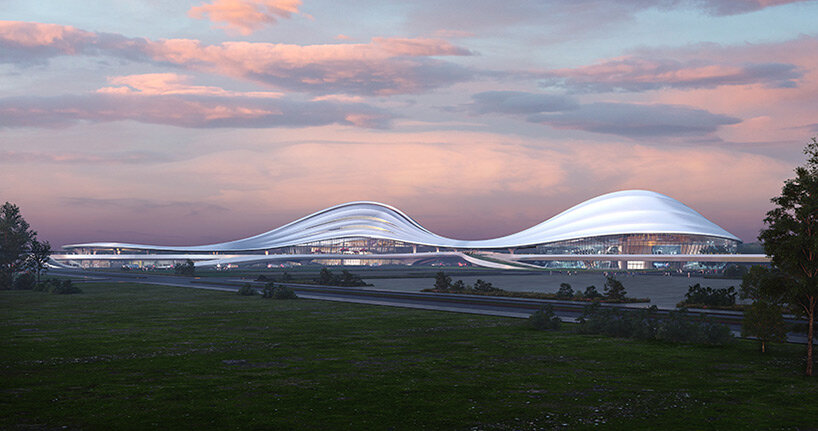 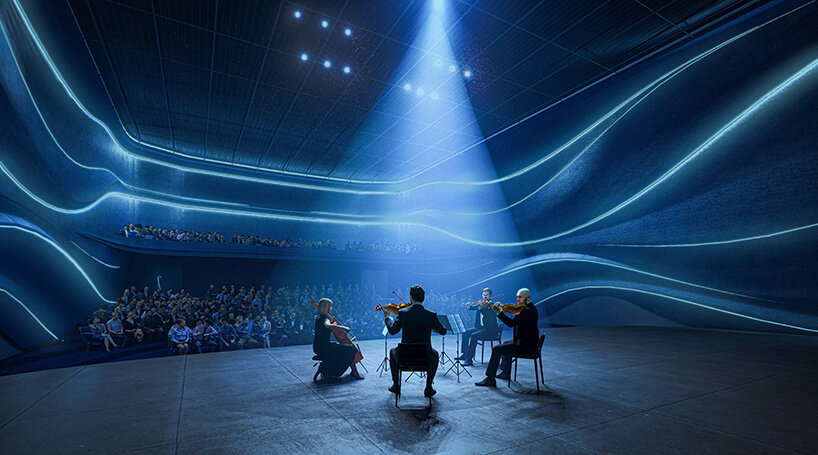