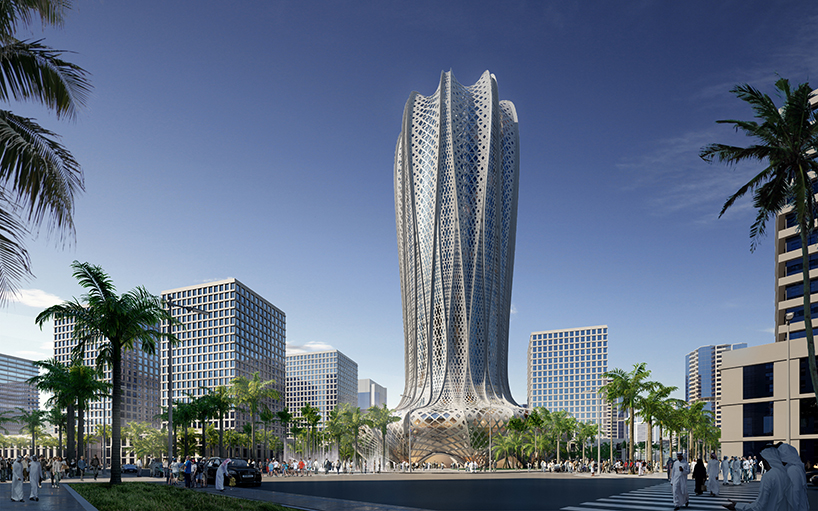 as part of lusail city’s masterplan to create a sustainable, integrated community in qatar, zaha hadid architects has envisioned two schemes for al alfia holding. in 2013, company chairman H.H. sheikh mohammed bin khalifa al thani commissioned the practice to conceive two projects for the area — the first of which is now in its initial stages of development. 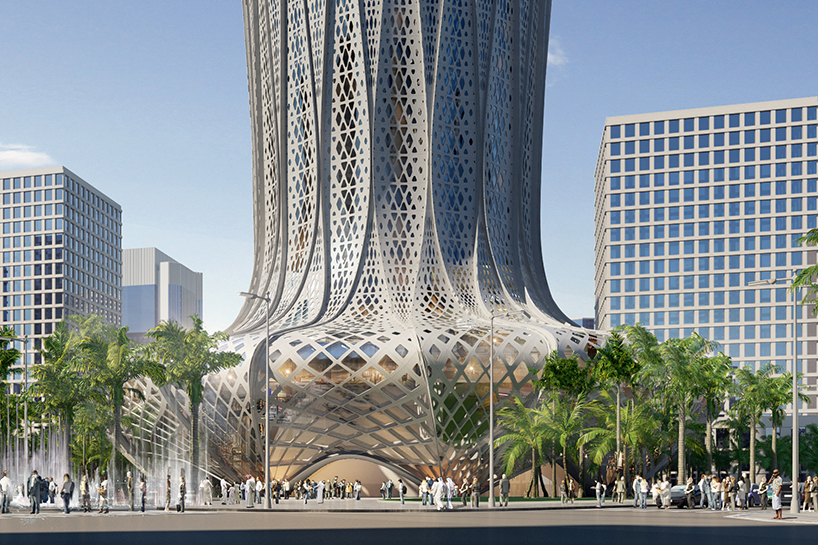 the formal composition of the building is informed by the organic structure of the desert hyacinth
all images by slashcube, courtesy of zaha hadid architects

in the city’s marina district, zaha hadid architects plans a 38-storey, 70,000 square meter hotel with residential apartments, slated for completion in 2020. the formal composition of the building is informed by the organic structure of the desert hyacinth — a flowering plant native to the landscape of the arabian gulf. ‘we often look at nature’s systems when we work to create environments; at her unrivalled logic and coherence,’ hadid previously explained. the nine-pointed form of the structure’s podium surrounds a central core defined by the fluid geometries of the hyacinth — a motif embedded within the region’s architectural heritage. a filigreed mashrabiya façade wraps around the building, reducing solar gain. continuous calligraphic and geometric patterns are integrated in domes, ceilings, walls and floors, blurring the distinction between architectural elements.

the second of hadid’s designs will be built within the on-going plan for the future development of the city. 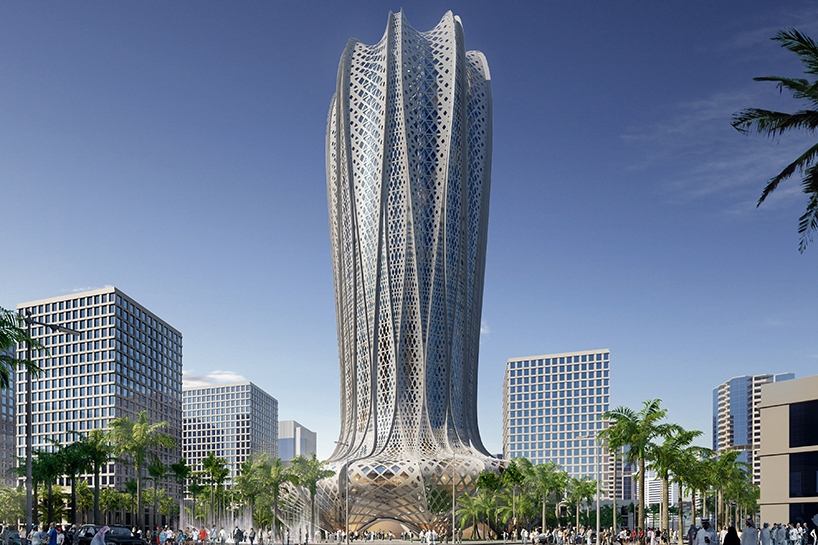 a filigreed mashrabiya façade wraps around the building