reflecting the city’s heritage and history of welcoming visitors from around the world, zaha hadid architects reveals the design of the 60,000-seater xi’an international football centre. raised up on red-coated stilts, its elongated yet relatively flat roof appears as if interpreted from an ancient palace. the stadium is destined for national and international soccer matches as well as domestic league games, youth training academies, entertainment performances, and cultural events. it will also play host to the 2023 asian football confederation asian cup in china, aiming to build upon this legacy and maximize its use by generations afterwards.

integrated within the orthogonal urban grid of the city’s fengdong new district, zaha hadid architects opened the façades to welcome the city within the xi’an international football centre. the sweeping lines of the façades themselves help protect the building from northerly winds. with extensive planting on all levels, visitors can enjoy its public spaces, creation and dining facilities throughout the day as well as during matches and other events. a series of shaded south-facing garden terraces offer views over the city to qing mountain in the distance. 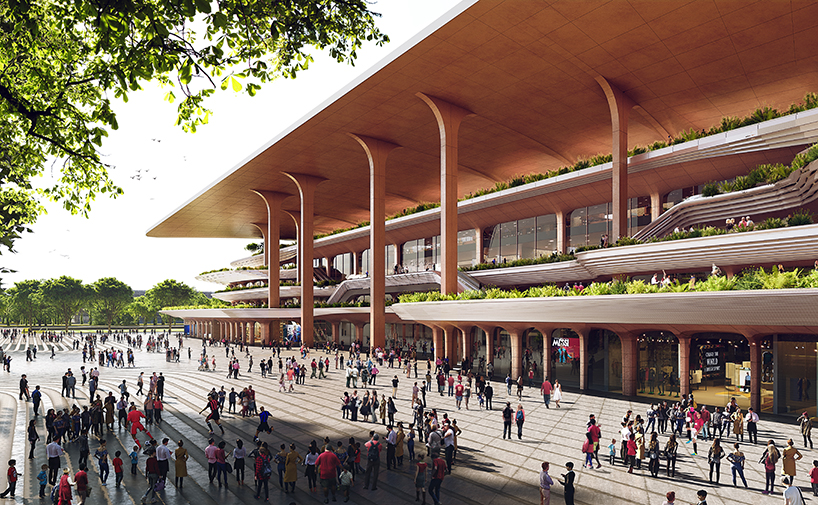 conveying a fluid form, the roof is made from an ultra-lightweight long span cable-net structure, which minimizes load and its material footprint. the wide perimeter roof then overhangs and shelters the facilities within. to protect the bowl-like seating stadia, a translucent membrane spans the opening within the roof to shield spectators from the weather and direct sunlight. the membrane still maximizes the amount of natural light to reach and help promote grass growth on the playing surface. 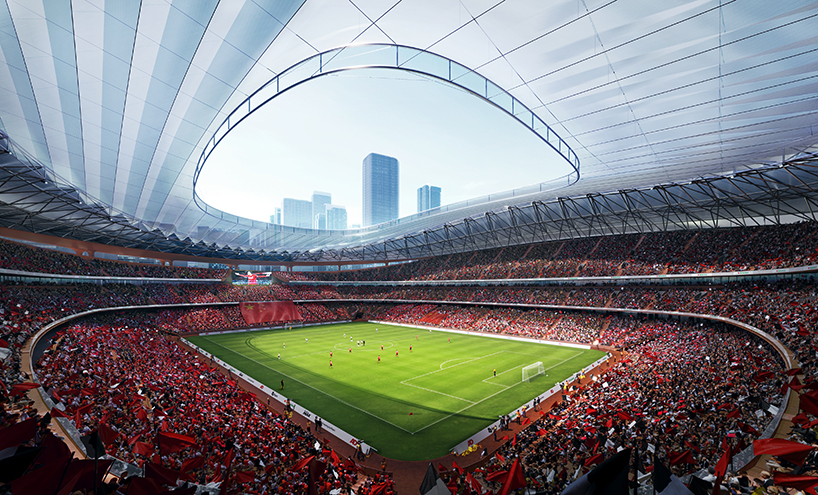 digital modelling has been used to define the undulating geometry of the specators’ seating bowl. it optimizes proximity and views from all 60,000 seats, aiming to generate the most exciting atmosphere for players and fans alike. 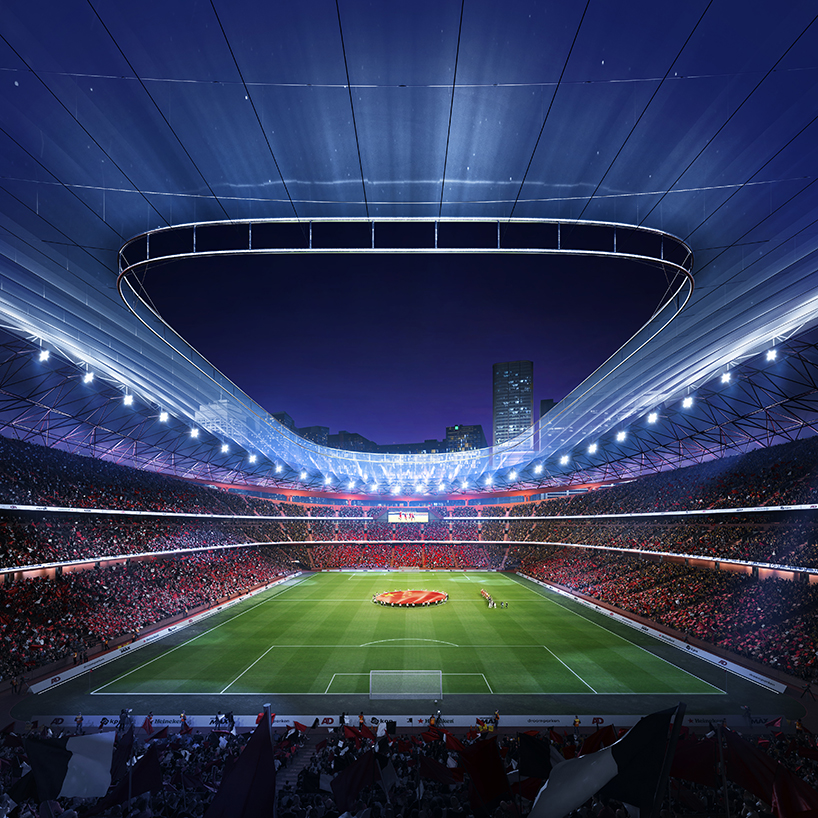 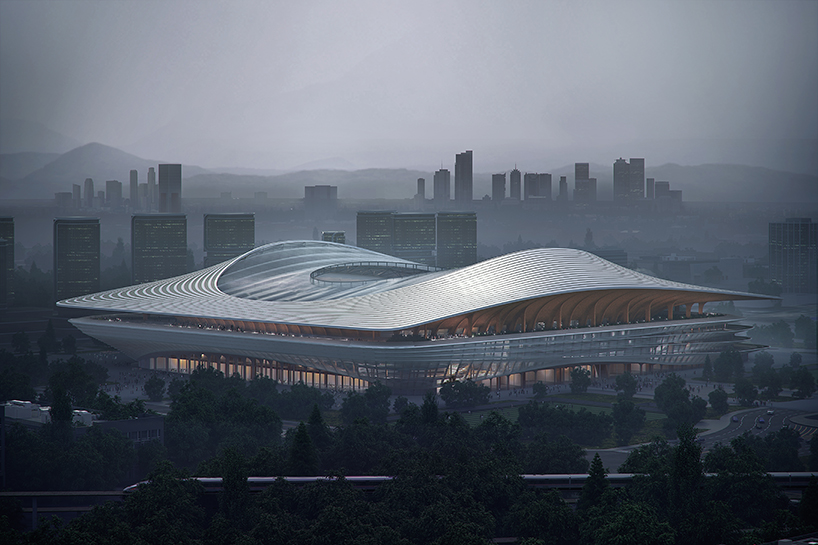