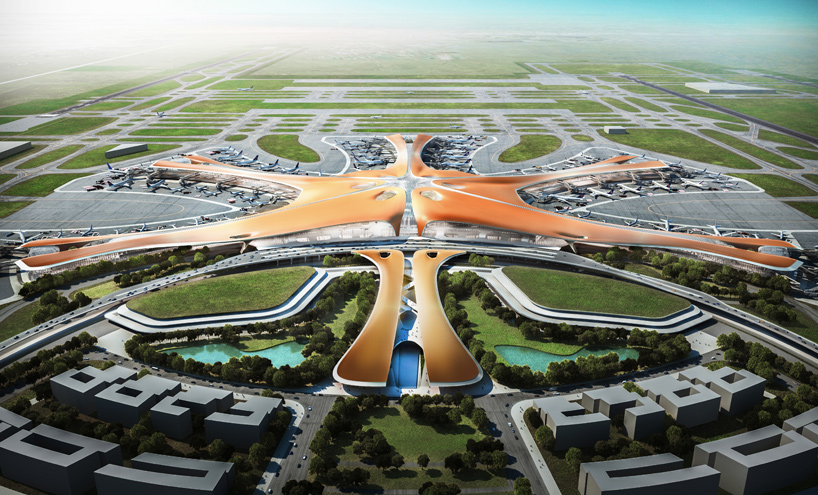 ADP ingeniérie (ADPI) and zaha hadid architects have completed the concept design for the world’s largest airport passenger terminal – the ‘beijing new airport terminal building’ in daxing. the proposed scheme has been developed under the leadership of the beijing new airport headquarters (BNAH), and is based on APDI’s initial bid-winning design. following an international competition held in 2011, BNAH created a joint design team with competition consortium group members buro happold, mott macdonald and EC harris to collaborate on an optimized concept design. 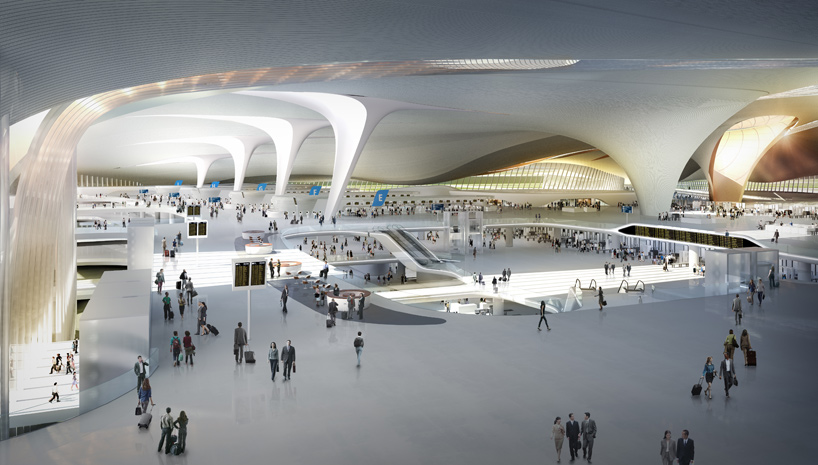 (above and main) render by methanoia © zaha hadid architects

with beijing’s existing capital airport already exceeding its planned capacity, the new hub will serve the world’s fastest growing aviation sector and enable further connections between beijing and global cultural, economic and civic centers. initially accommodating 45 million passengers each year, the terminal will be adaptable and sustainable, operating in many different configurations dependent on varying daily aircraft and passenger traffic. with an integrated multi-modal transport center featuring direct links to local and national rail services, the scheme will be a key hub within the region’s growing network, and a catalyst for the region’s economic development. 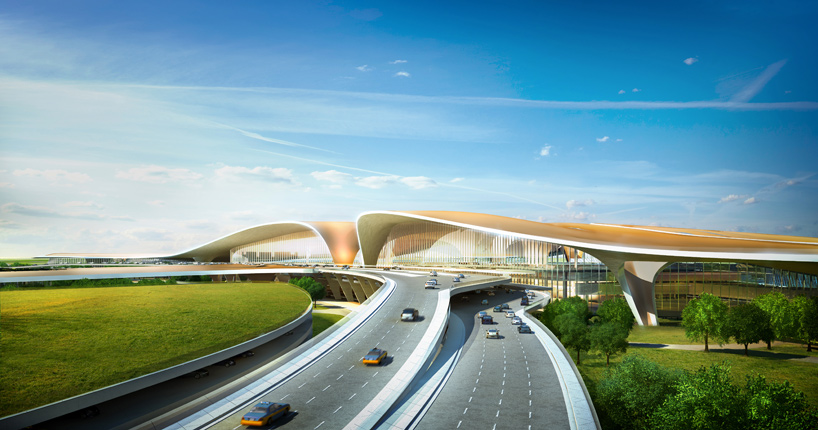 the joint design team scheme integrates principles originally developed during the competition phase by APDI and the zaha hadid consortium group respectively, which included pascall+watson, buro happold, mott macdonald and EC harris. following the completion of the concept design stage, the project is now being led by the local design institute team under the continued leadership of BNAH. 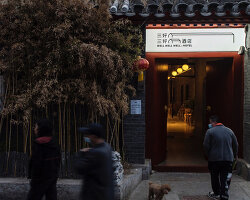 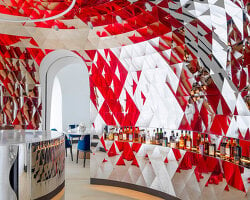 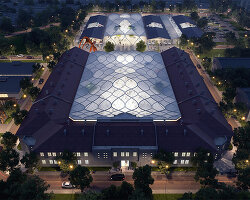 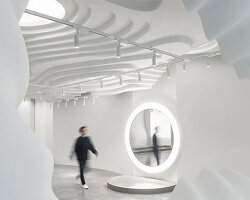 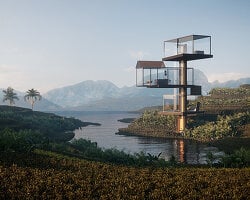