images have been revealed of zaha hadid‘s first project in brazil, a luxury apartment complex in rio de janeiro. according to developers, the multistorey structure will neighbor diller scofidio + renfro‘s ‘museum of image and sound’ along the copacabana beach, lending the city ‘a new aesthetic vitality’. the condominium building is planned as an exclusive set of residences, comprising only 30 apartments – each with 6-star hotel services. the development will also include a spa and a cinema, with a rooftop pool overlooking the beach below. construction is expected to begin in early 2015. 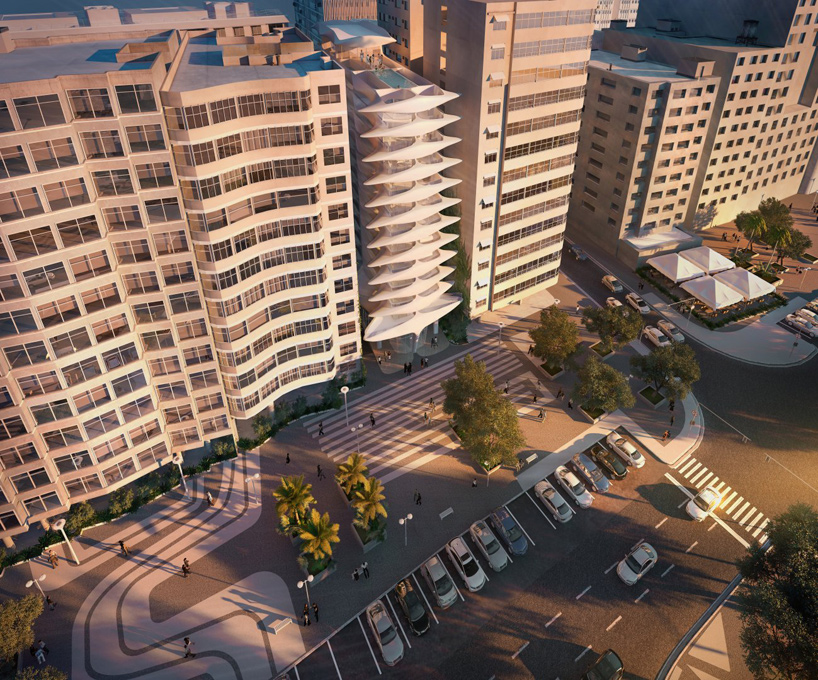 ‘the natural forms of rio’s morros and beaches generate an elastic, malleable quality within the city’s urban fabric, while the dynamism of copacabana – with its energy and rhythm – is one of the city’s most important public spaces,’ says ZHA. ‘casa atlantica’s design continues the liberating composition and spatial flow inherent within brazil’s rich modernist tradition, engaging with the unique tempo and vitality of copacabana’s urban beach culture, as well as the fluidity of its renowned burle marx promenade.’ 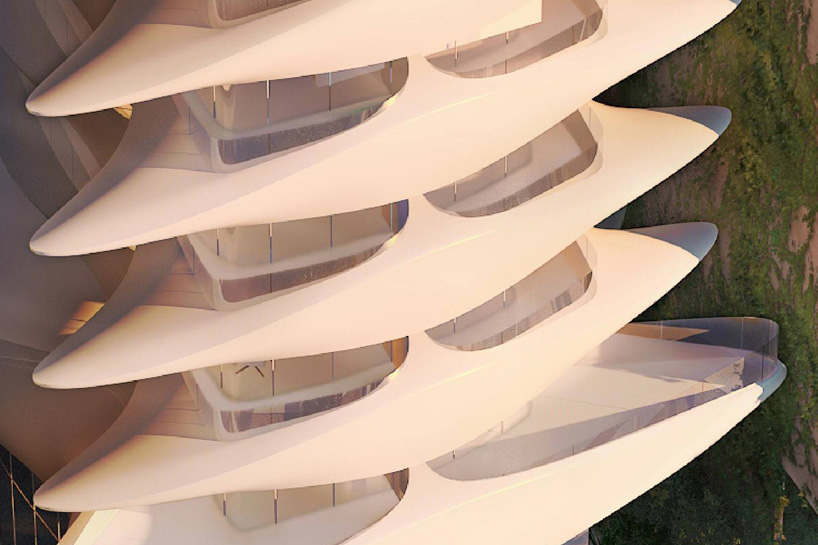 detail of the building’s distinctive form 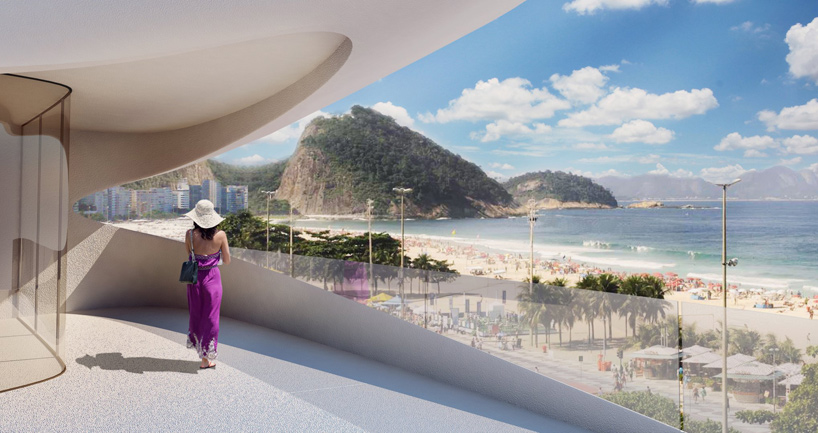 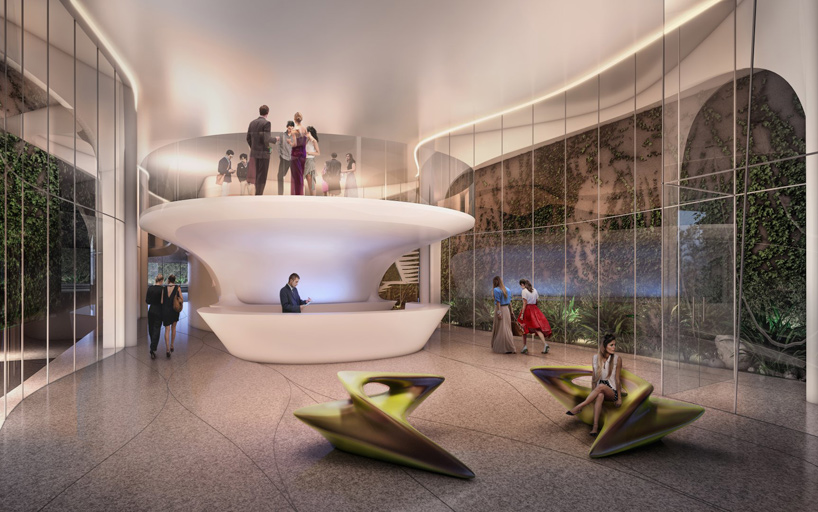 the reception and foyer space at ground floor level 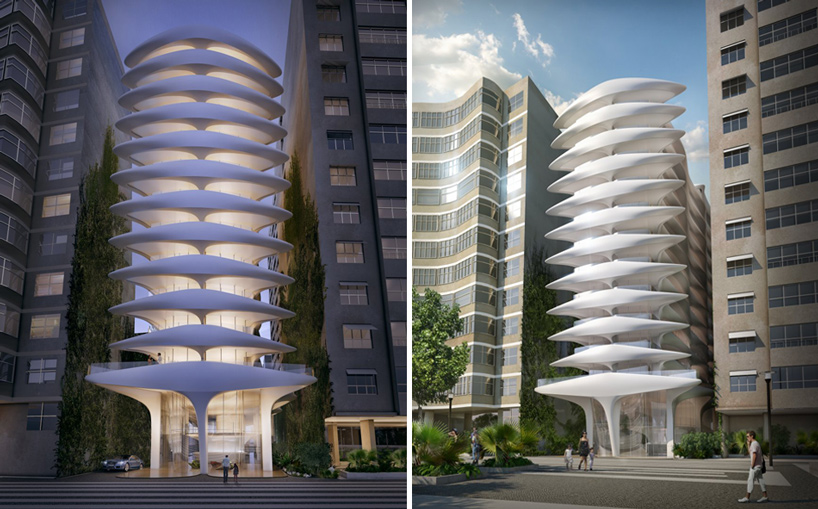