zaha hadid architects has unveiled its plans for the largest cultural building in china, the chengdu contemporary art centre in sichuan province. the complex will be built adjacent to the city’s  ETG’s (exhibition and travel group) century city and will house commercial offices, shopping centers, cultural and tourism venues, and leisure and entertainment complexes

the center is projected to be the largest and most comprehensive arts and cultural center in west china, with a 30,000-sqm museum of contemporary art, a 12,000-sqm exhibition hall, and an 1,800-seat grand theatre.

the exhibition and travel group is one of west china’s largest property developers. its projects include seven four- and five-star hotels, commercial property districts, both the shawan international and the century city new convention and exhibition centers in chengdu, and the jiuzhai paradise international resort and convention center in jiuzhaigou.

the project is slated for completion in 2012. at that time, it will join its twin, the century city conference and exhibition center, and the landmark will be dubbed ‘the gemini of the south.’ 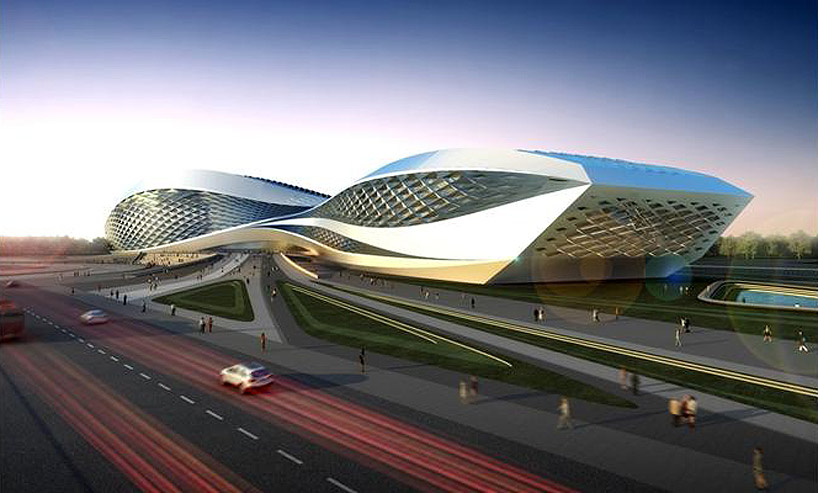