zaha hadid‘s tower in marseille is home to the headquarters of the world’s leading company in container shipping CMA CGM. located in a strategic site right at the bifurcation of a major roadway near the coast, the project is split into two parts: a horizontal annex of 36,600 m2 that maintains a relationship with the pedestrian traffic at street level, and a vertical tower of 56,600 m2 that takes the horizontal vectors and interprets them as vertical energy rendered in a fluid sculptural form that thrusts itself towards the sky in a visually iconic way. the central rigid core that services the entire 147-meter tall building is masked by a double facade whose columns are clearly shown on the exterior skin as a distorted grid that accentuates the bends. the two-layer system also helps regulate glare and solar gain while freeing the facade from the constraints dictated by the modular office interior.accommodating up to 2,700 employees, 700 cars, 200 motorcycles, an 800-seat restaurant, gym, auditorium, and technical service functions,the project promises to be a leader in the urban regeneration master plan radiating from the historic city center. 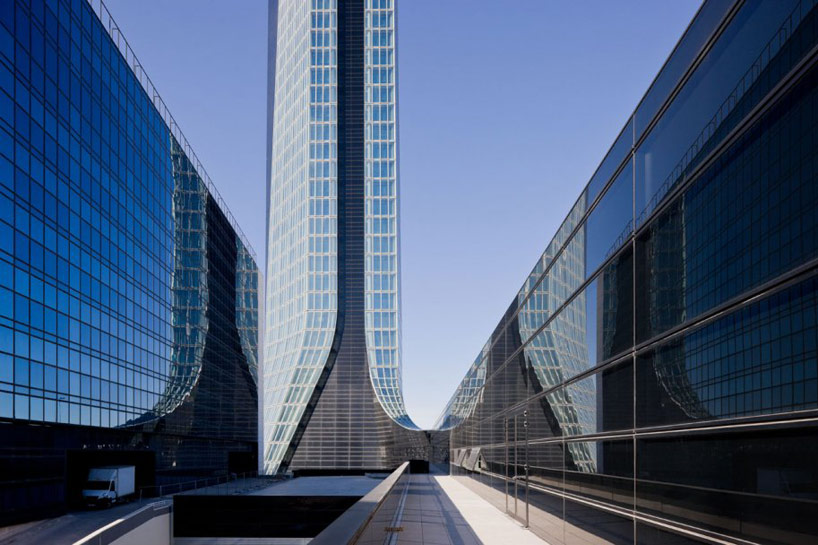