‘cultuurforum spui’, the new dance and music center by zaha hadid in the hague, the netherlands all images courtesy of zaha hadid

zaha hadid has been selected as one of the three finalists for the new dance and music center on the spuiplein in the hague, the netherlands. the ‘cultuurforum spui’ is a 40 000 m2 project that will be home to the royal conservatory, dutch dance theatre, the hague philharmonic and the stichting foundation.

the project’s initial approach was to understand the urban dynamics of the site by relating and interacting with its immediate surroundings, the spuiplein and the neiuwe kerk. the form of the roof line–starting at equal height to the lower buildings at the northwest and rising to a peak at the eastern corner–makes it possible for the iconic landmark to nestle itself into the city’s already established skyline. a series of steps, gentle ramps and landscaping around the base of the centre seamlessly connect the public domain with the atrium. an open air amphitheatre can be created by the strategically placed steps in the plaza.

the design proposal features fluid, dynamic facades composed of a series of undulating horizontal bands. the varying sizes and density of the bands create zones of varying opacity: solid planes host more private programs while areas where the bands split and open up allow visual interaction with its surroundings. the facade treatment also generates a variety of lighting conditions, allowing for clear views in some spaces while merely showing silhouettes in others. 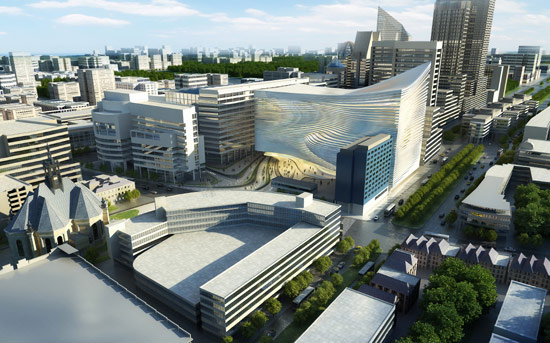 the new center in context 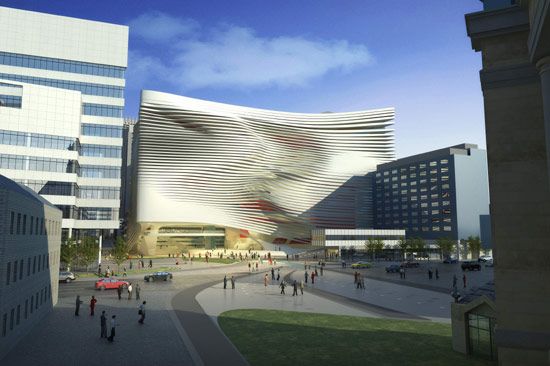 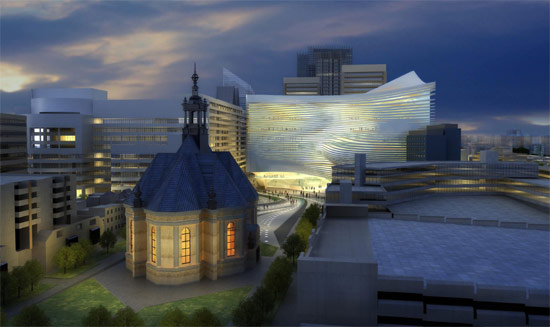 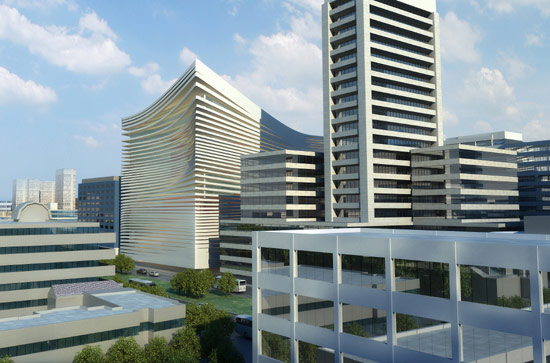 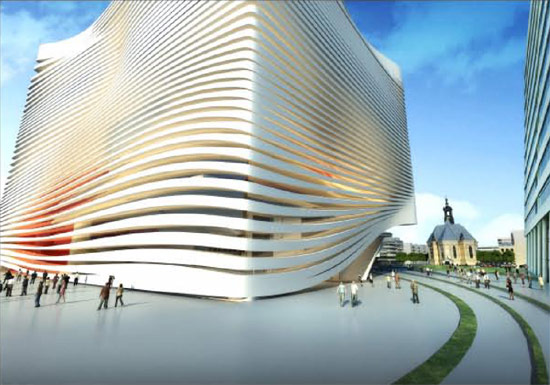 view from the plaza 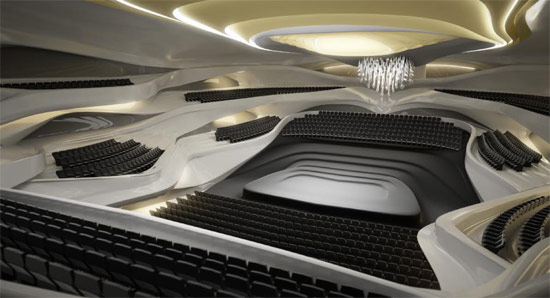 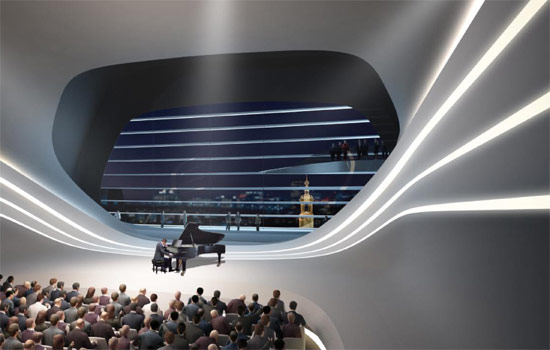 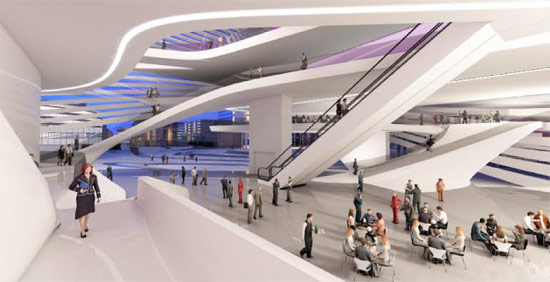 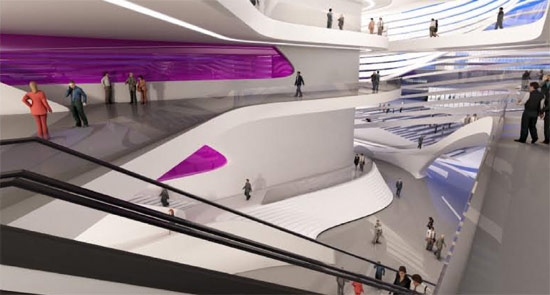 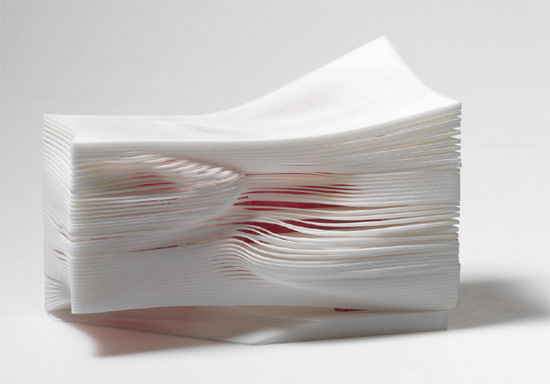 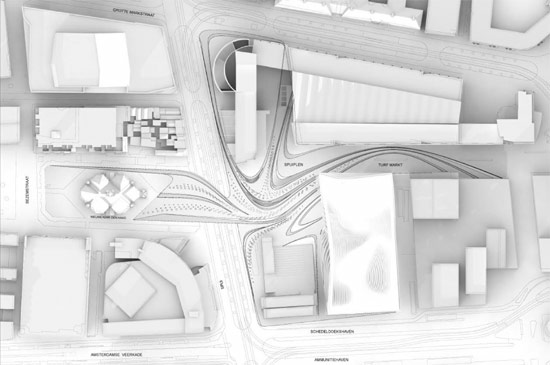 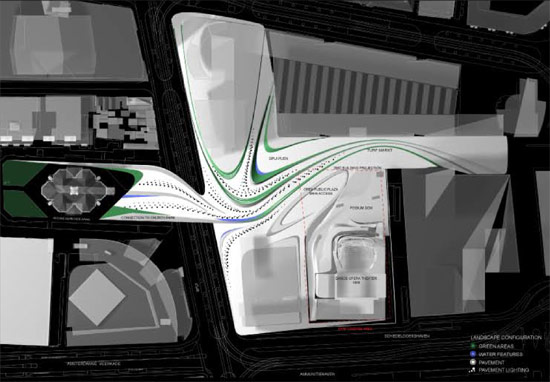 relation with the neiuwe kerk 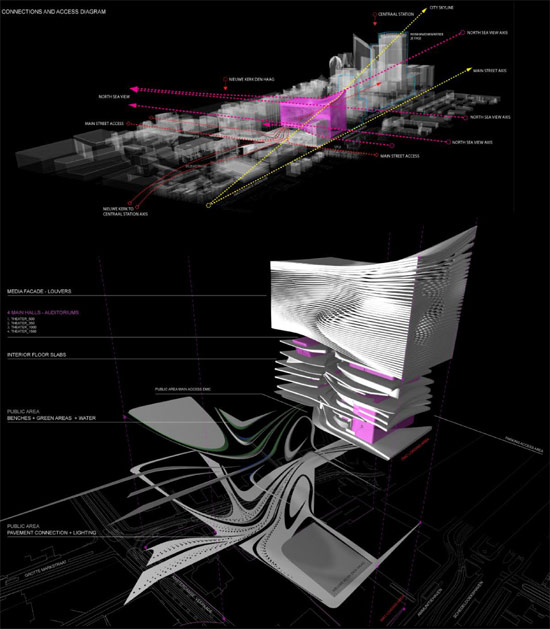 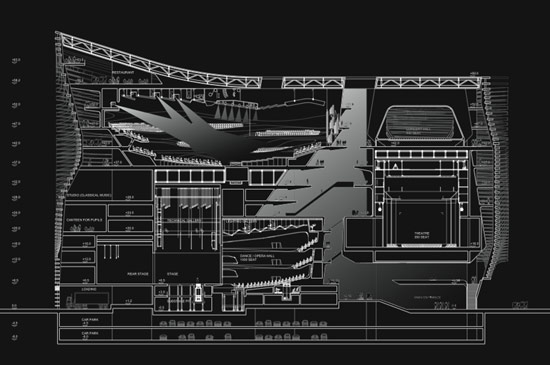 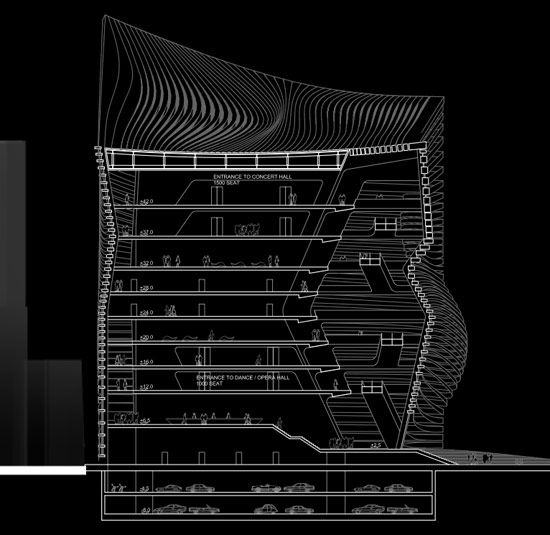 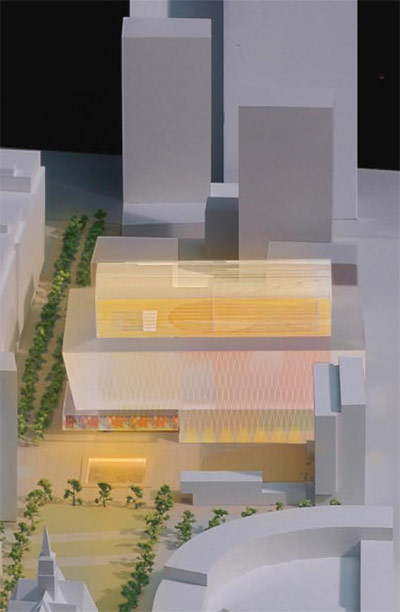 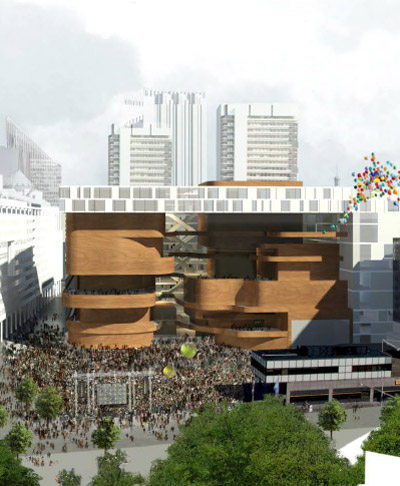