now under construction is ‘galaxy soho’ by zaha hadid. located in beijing, china, the project – previously known as chaoyangmen SOHO III – will become an integral part of the bustling city center. containing a mixed program of office, retail and entertainment, the facility features an integrated environment of indoor and outdoor environments that look to continuously interconnect the building with the encompassing city.

grand and dominant in its scale, the structure is composed of four continuous, flowing volumes, set apart and linked by a series of stretched and winding bridges. each unique in form, the individual volumes adapt to each other in all directions, generating a unit without corners or abrupt transitions that break the fluidity of its formal composition. 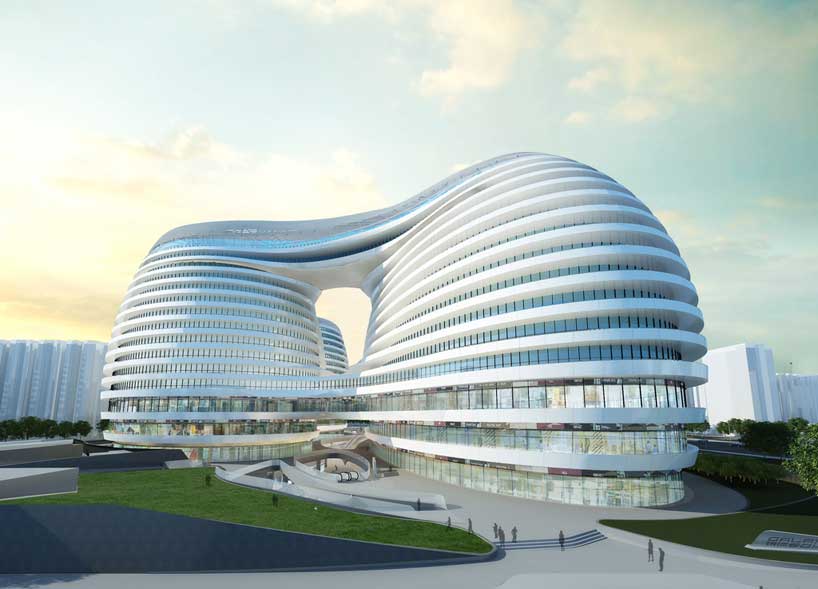 as designboom previously reported, the inner arrangement is a reflection of traditional chinese architecture where courtyards create an internal world of continuous open spaces. void of rigid blocks and linear organization, the interior areas are comprised of volumes which come together to create a world of mutual adaptation and movement. shifting plateaus within the design impact upon each other to generate a sense of immersion and envelopment. as users enter deeper into the building, they discover intimate spaces that follow the same coherent formal logic of continuous curve-linearity. 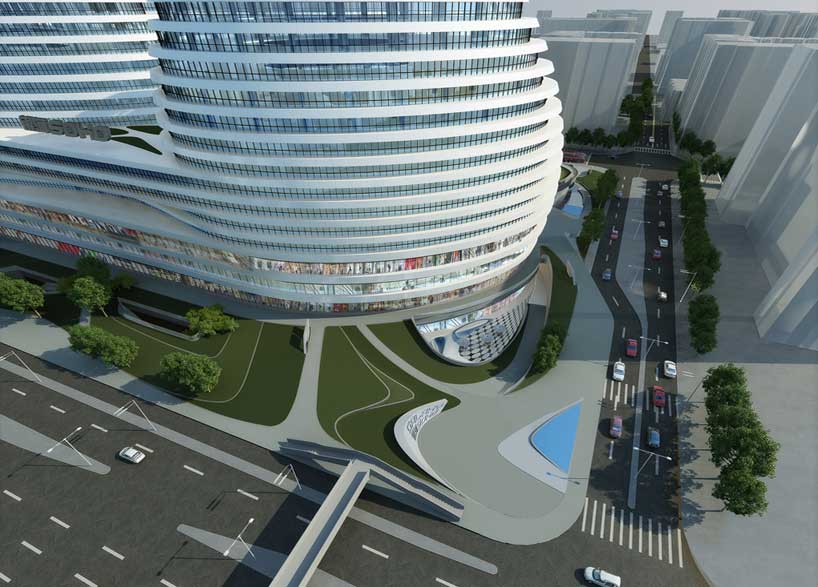 the lower three levels of the complex will house public facilities for retail and entertainment. the levels immediately above

provide work spaces for clusters of innovative businesses and the top of the building is dedicated to bars, restaurants and cafes

that offer views of the surrounding city. 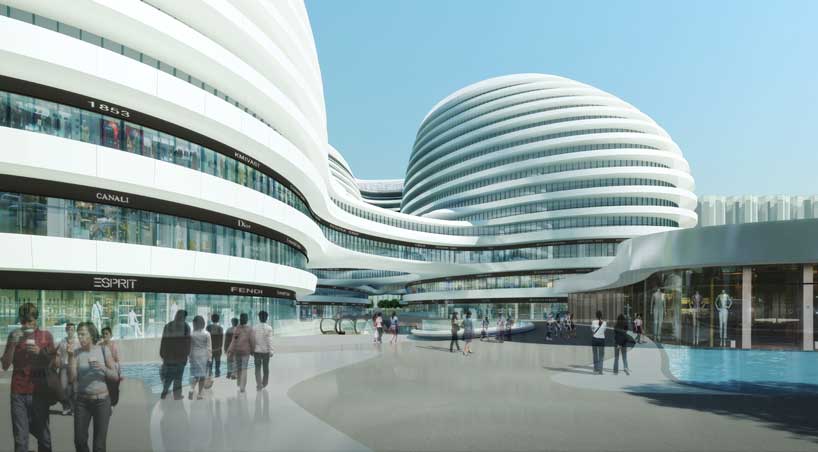 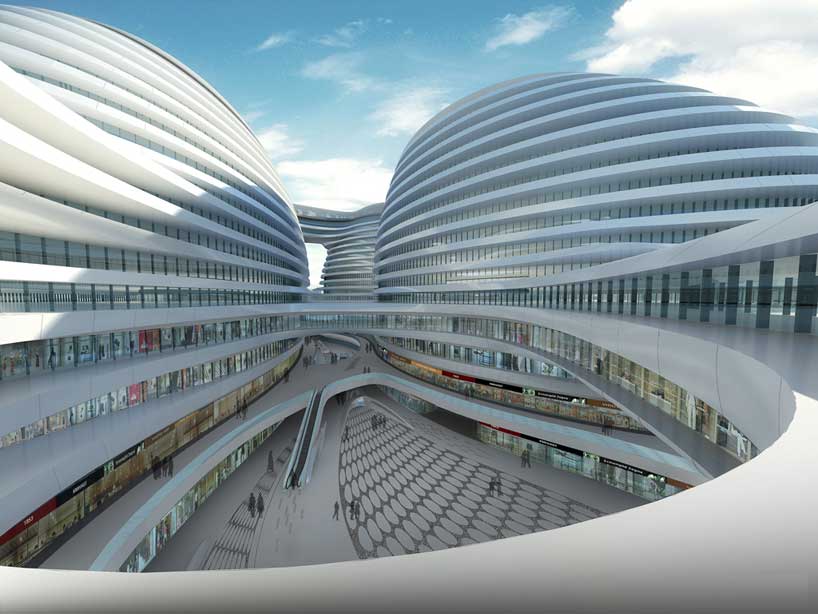 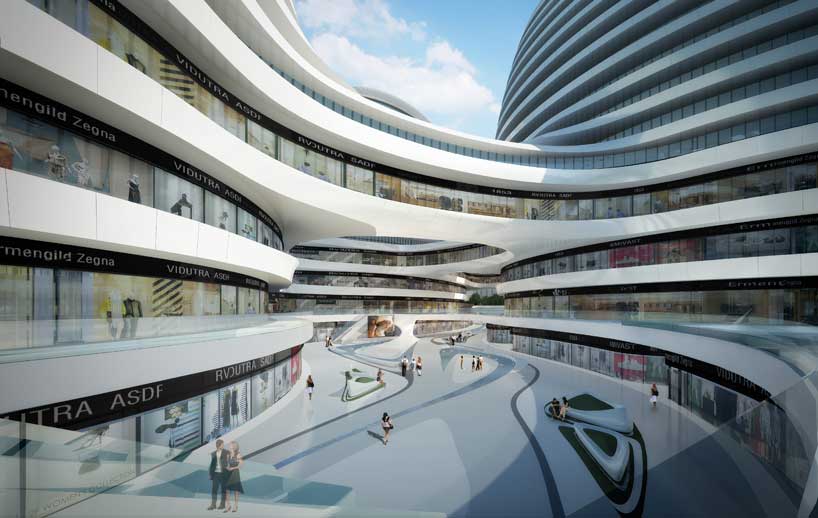 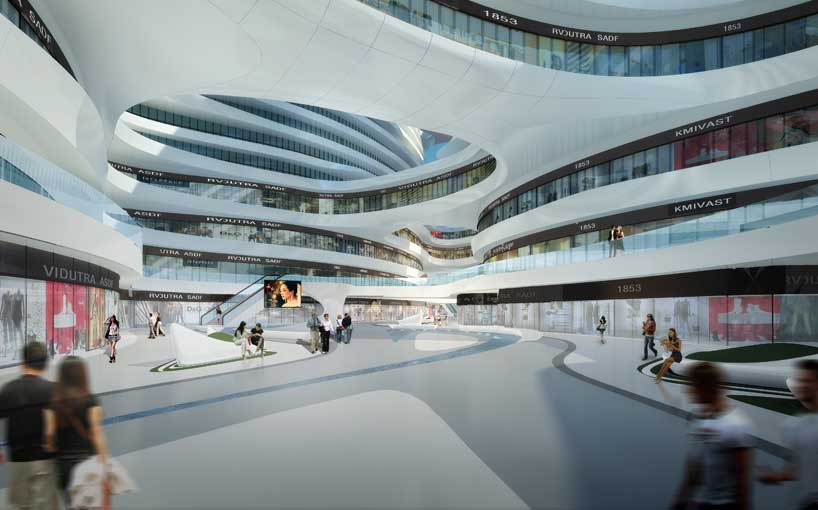 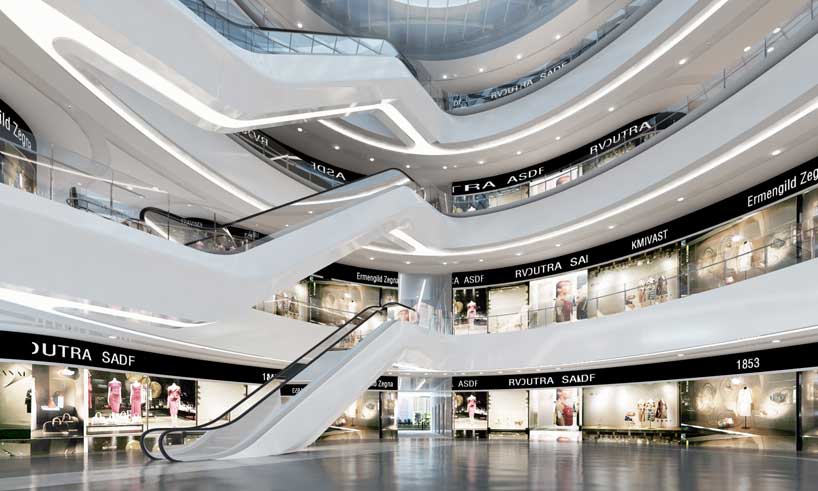 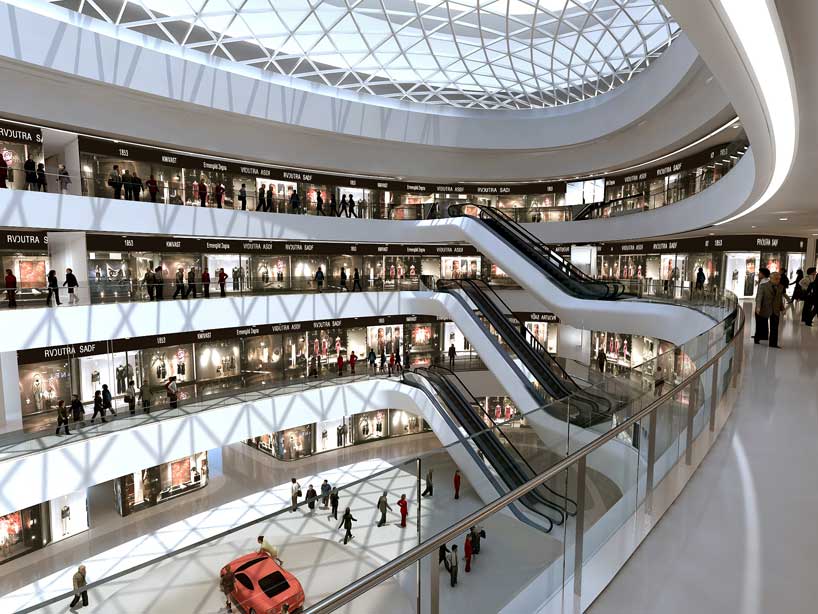 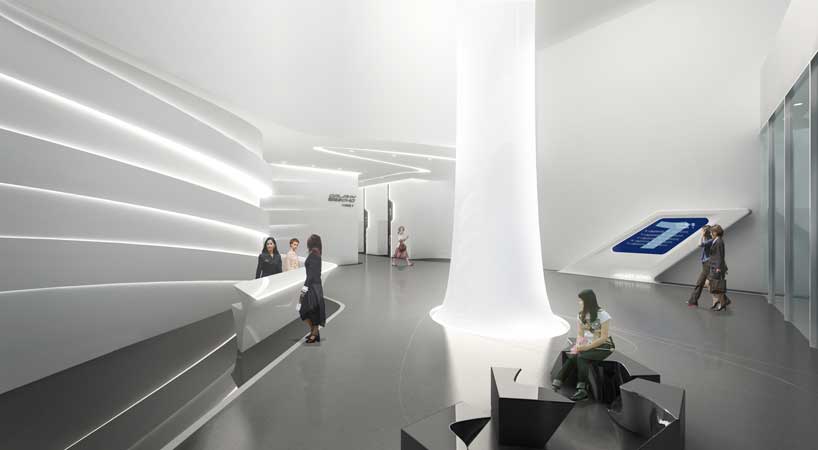 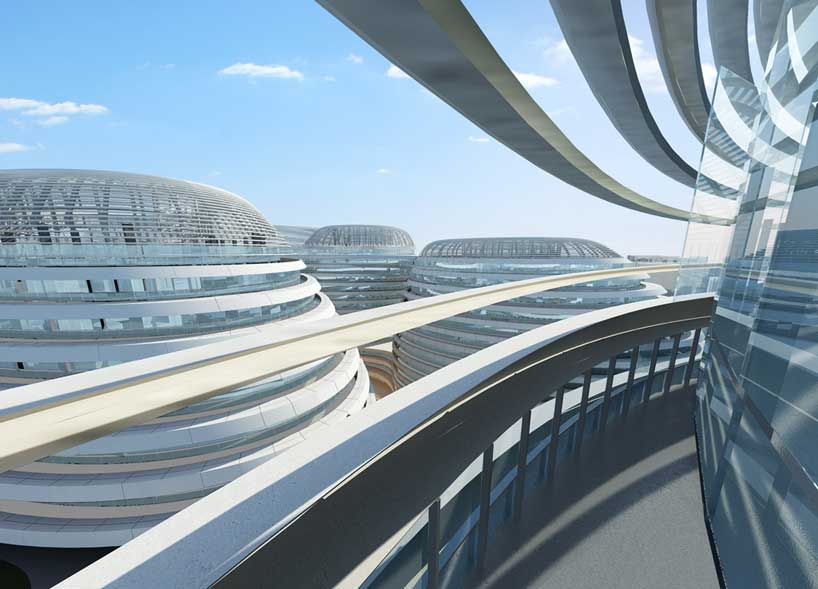 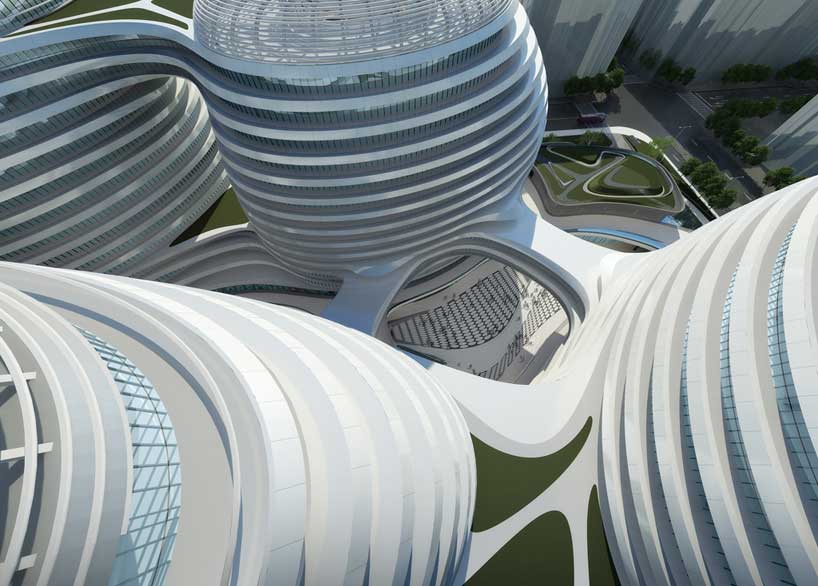 looking down between volumes 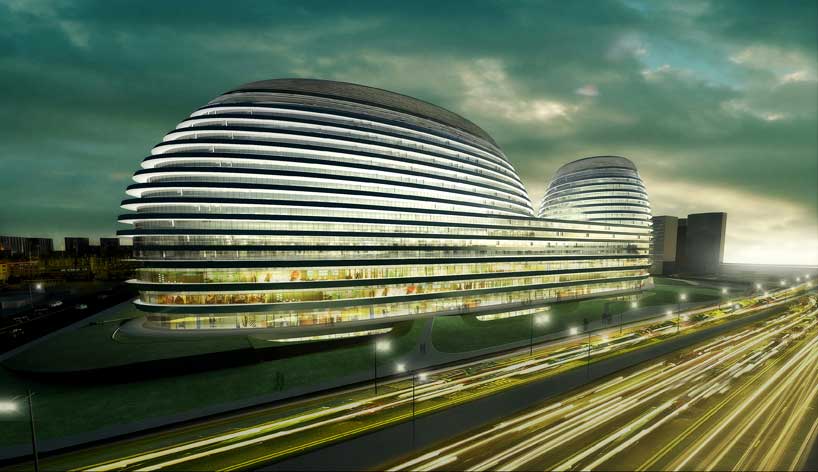 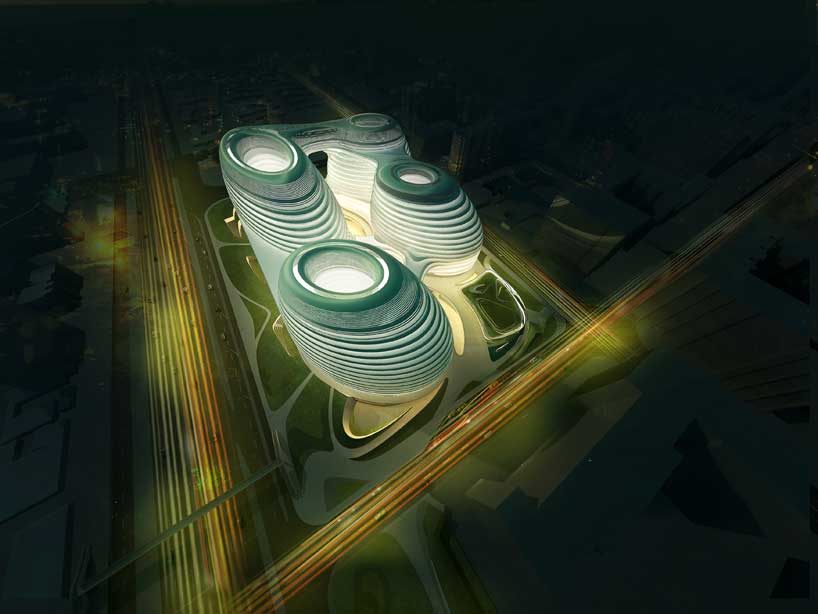 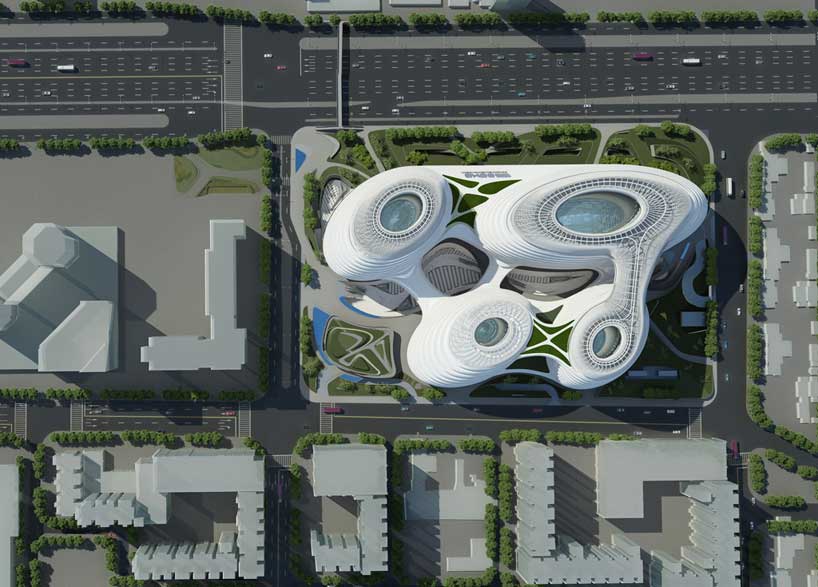