designboom recently visited the construction site for the ‘galaxy SOHO’ project designed by london-based zaha hadid architects in beijing, china. under way and moving towards completion, the exposed concrete structures are acquiring their cladding of glass curtain wall units. the lower levels of the four undulating towers are allotted for retail and entertainment spaces while office and work areas are positioned within the middle of the buildings. panoramic views of the great avenues are offered from the highest floors dedicated to bars, restaurants and cafes. a series of elevated and enclosed pedestrian pathways bridge the voids between the structures. devoid of corners, this fluid configuration reinvents the classical chinese courtyard creating a continuous internal arrangement within the heart of the urban landscape. 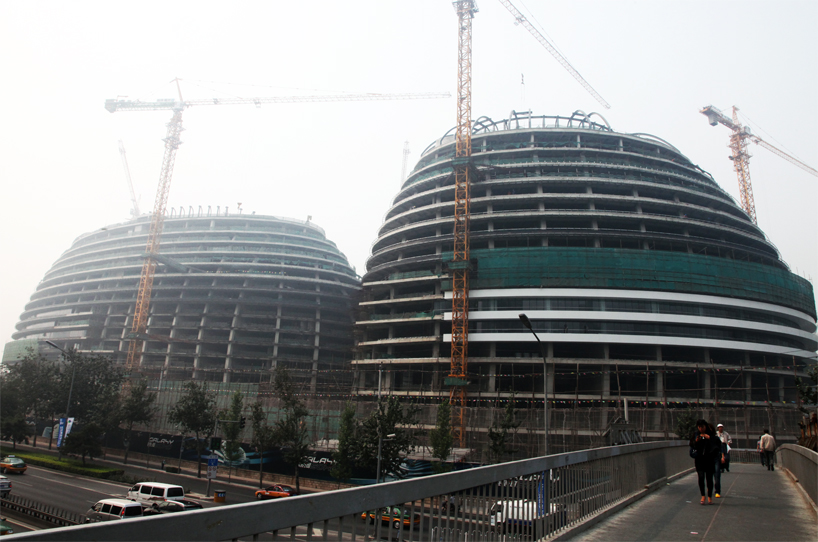 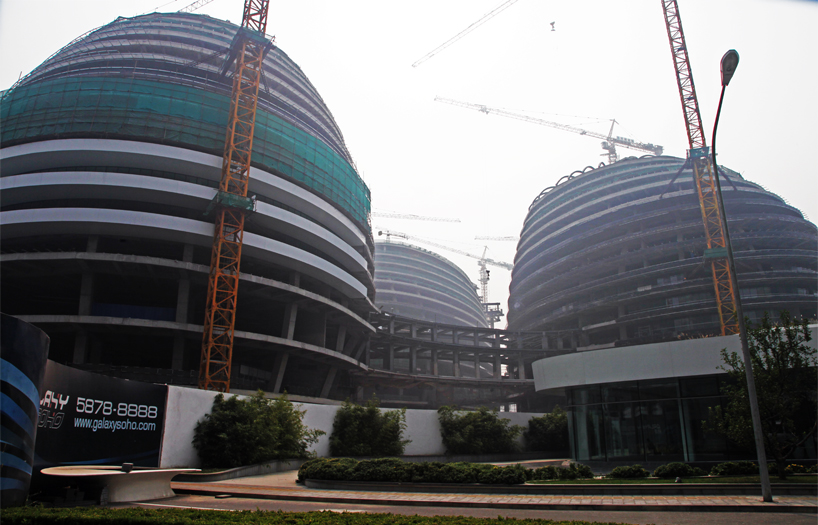 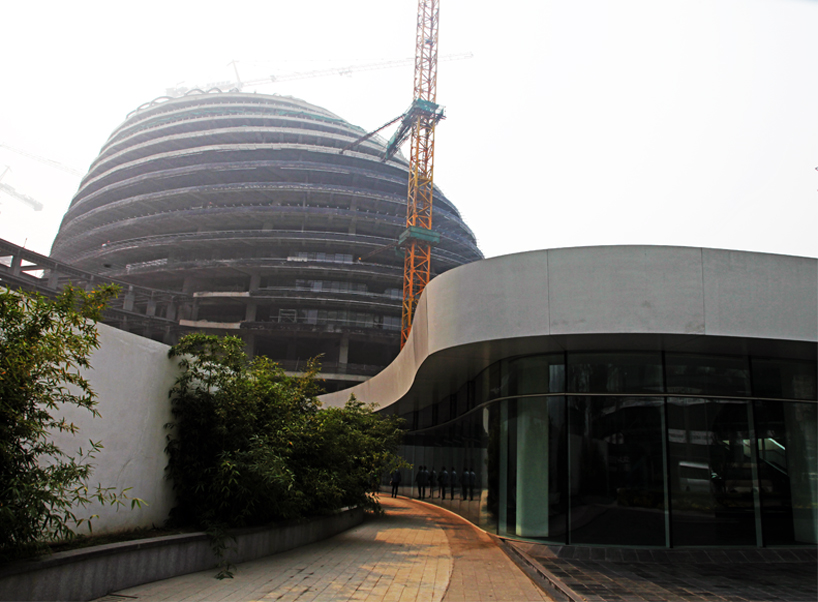 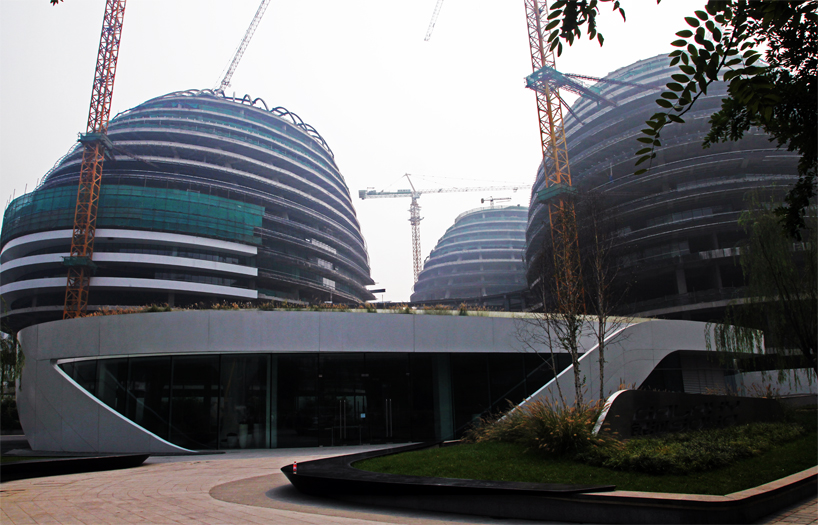 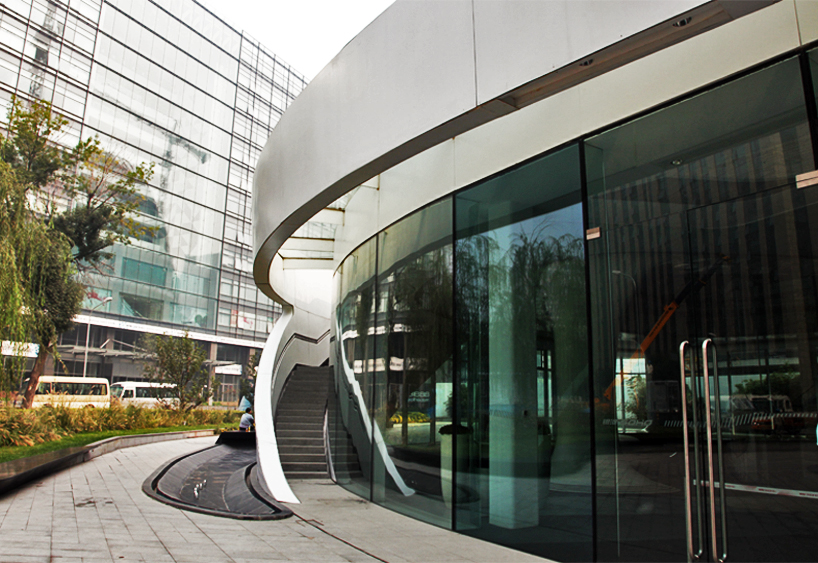 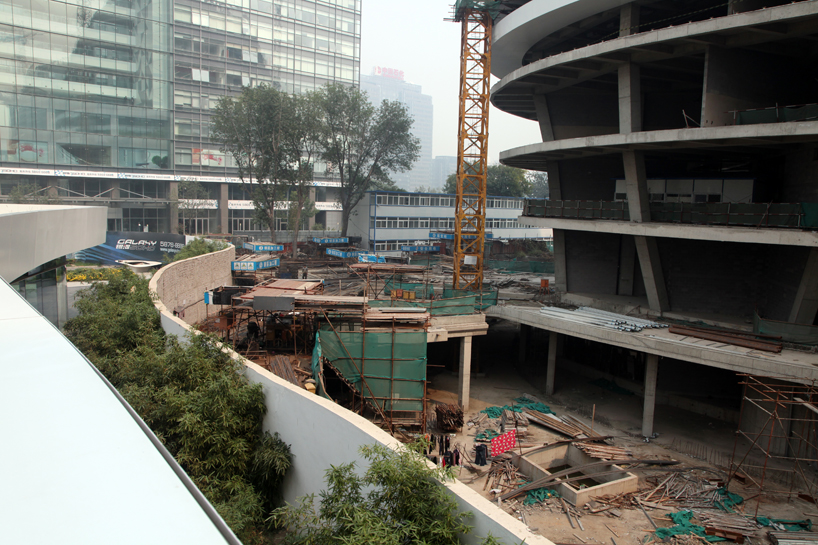 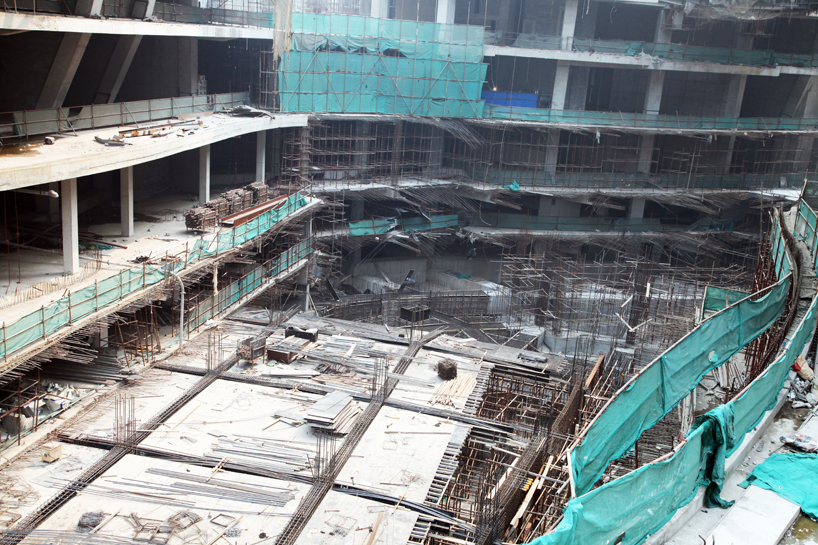 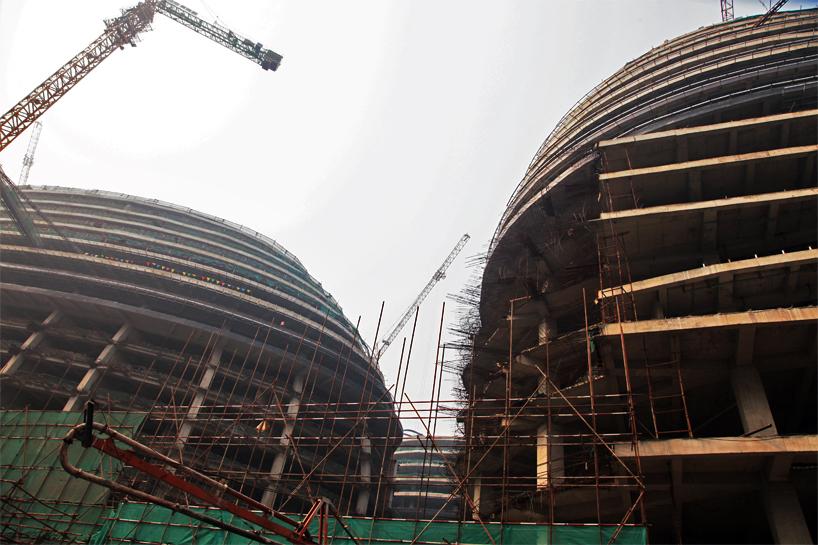 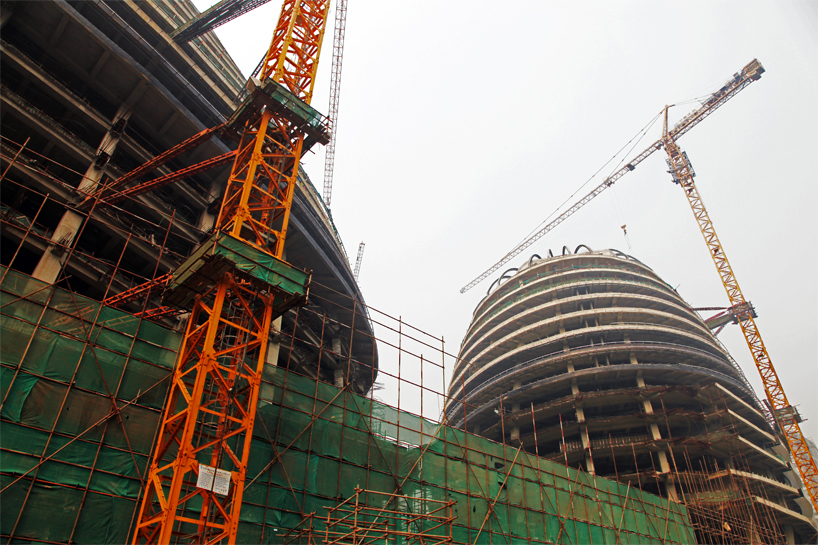 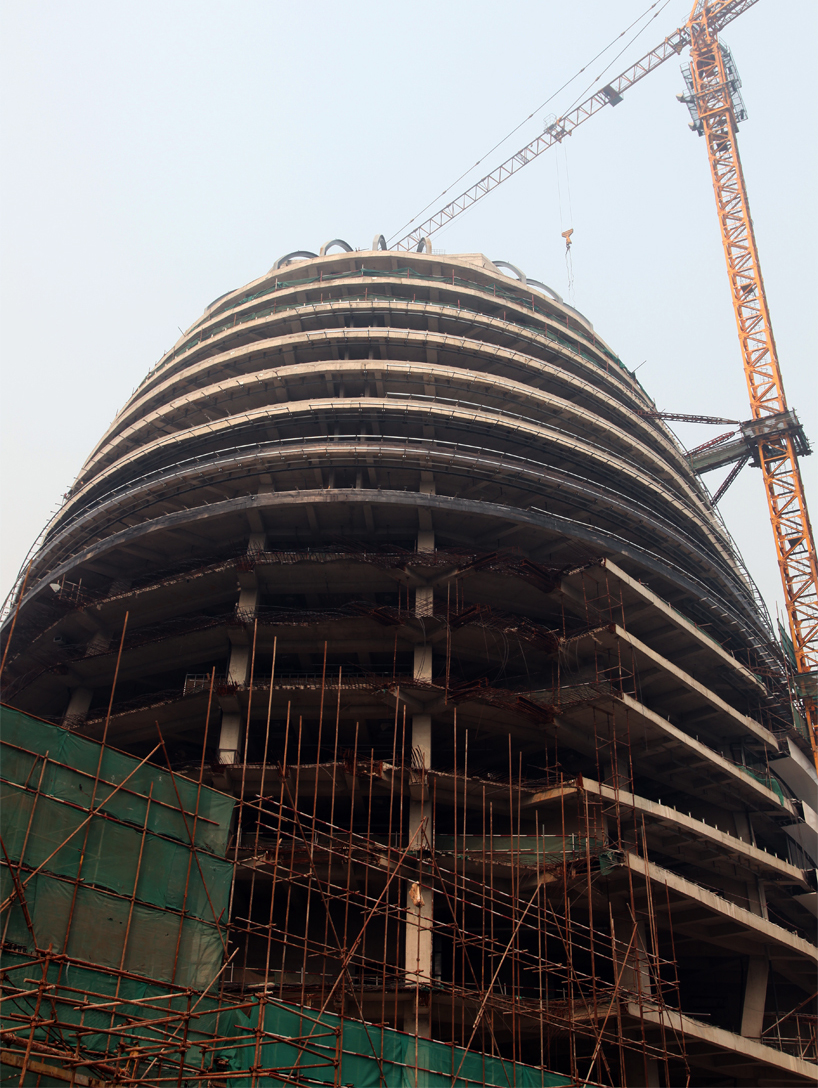 one of the towers image © designboom 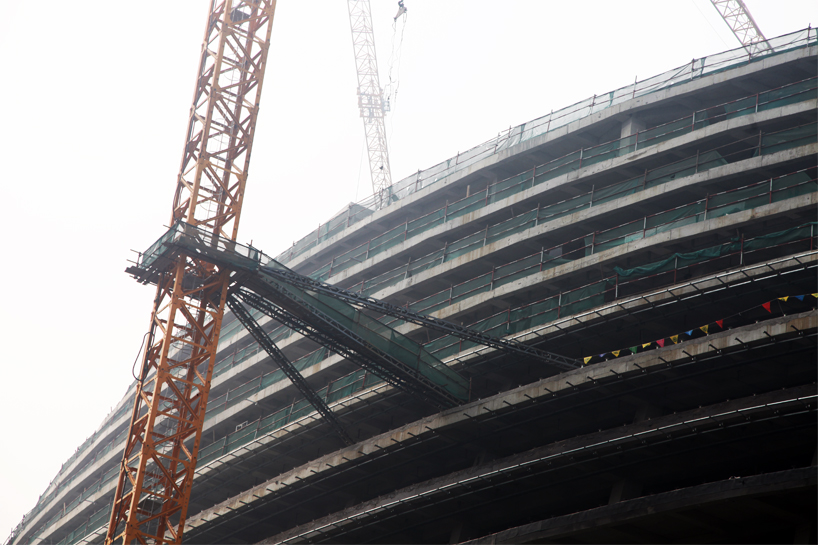 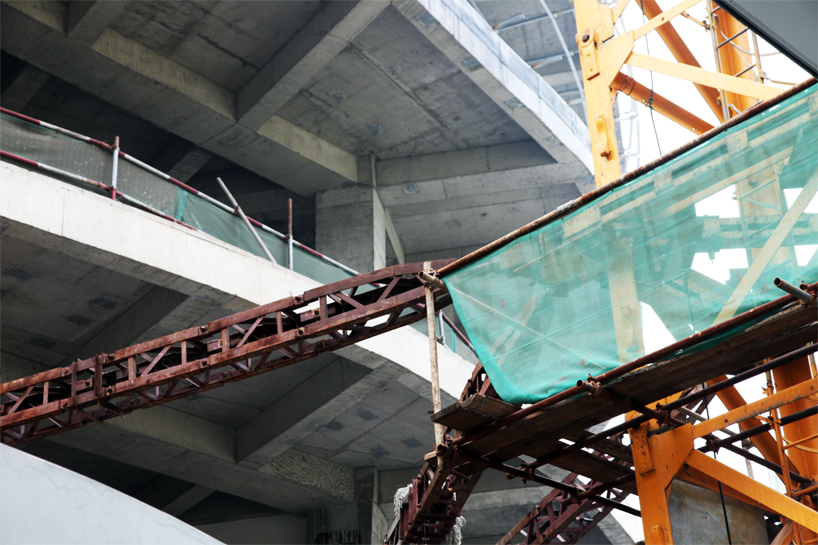 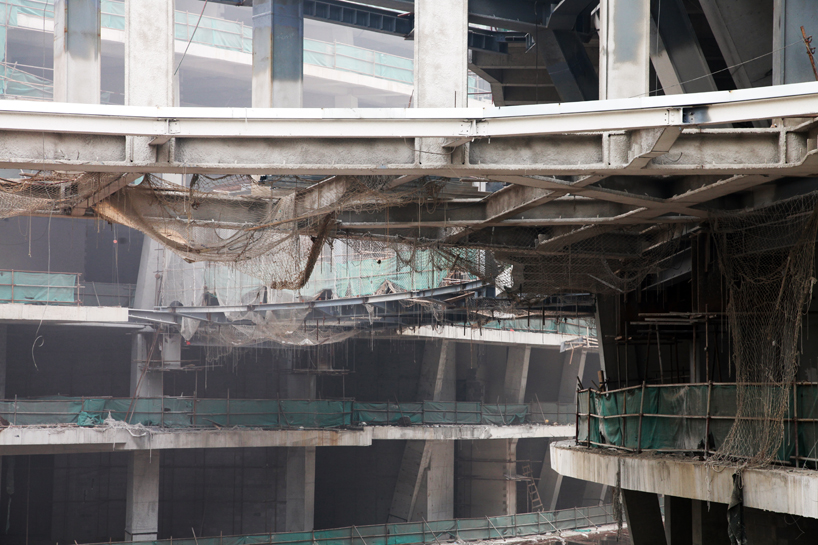 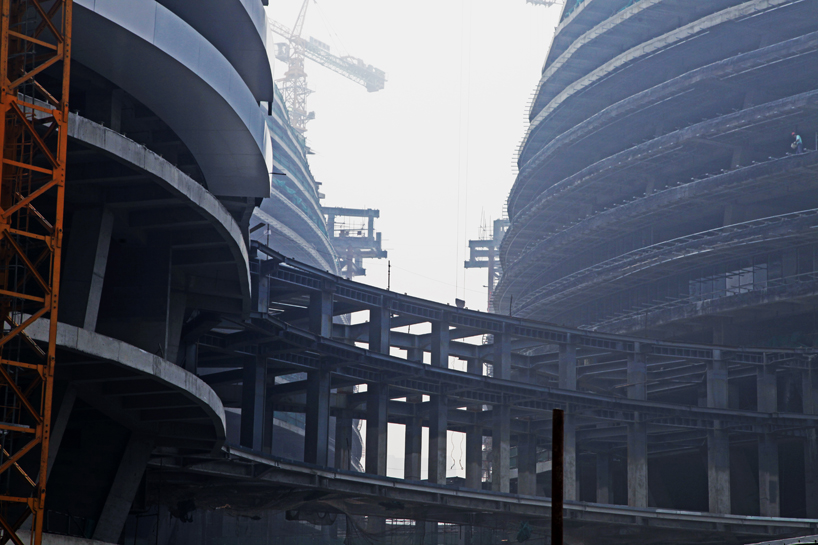 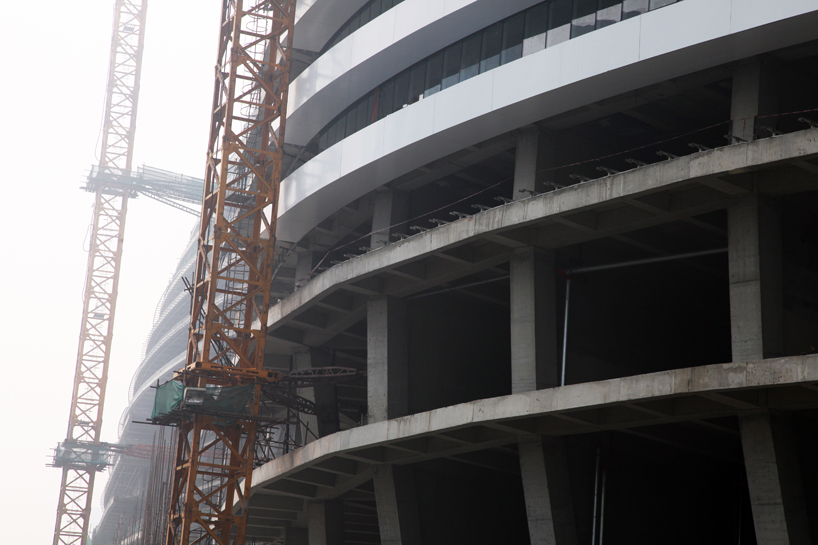 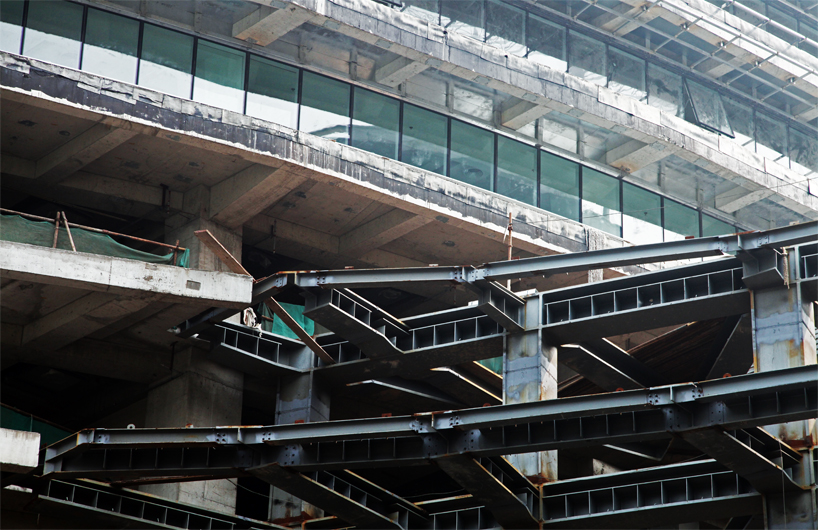 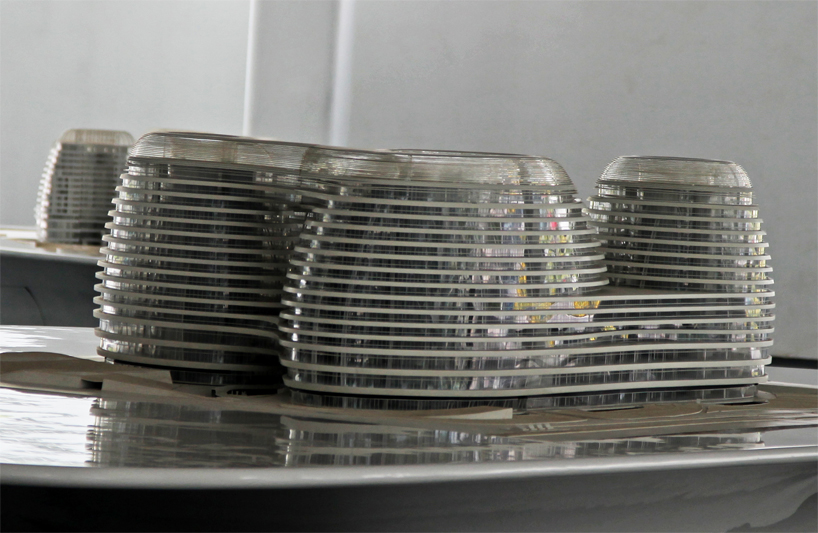 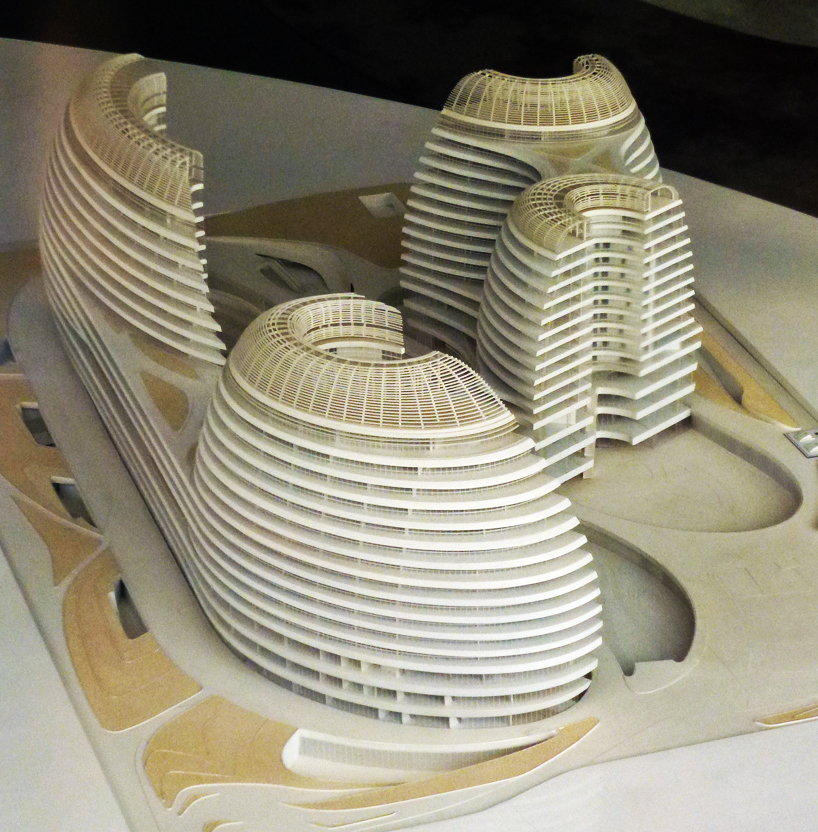