the eagerly anticipated heydar aliyev cultural center by zaha hadid has been completed and is currently hosting ‘miniature azerbaijan,’ exhibition of small models that depict seminal works of azerbaijani architecture. the showcase is indicative of an overarching goal– that the built form be a fitting tribute to the philosophy of democracy and nation building that so characterized the political and economic reforms of heydar aliyev, the third president of the country from the new azerbaijan party and formerly leader of soviet azerbaijan. the building has already become an important organizing beacon in the landscape, both visually with crisp, white soaring curves and culturally with a steady program of exhibitions and presentations on the history, linguistic complexity and myriad civilizations that have built azerbaijani culture. 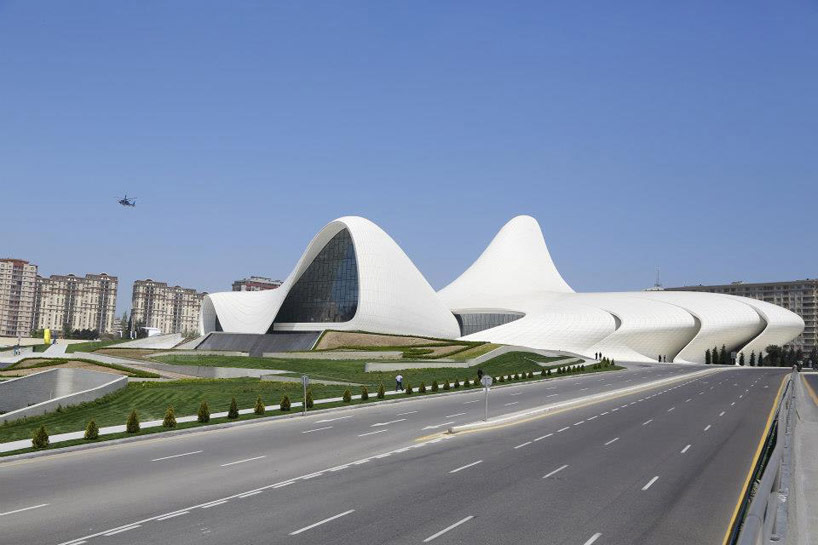 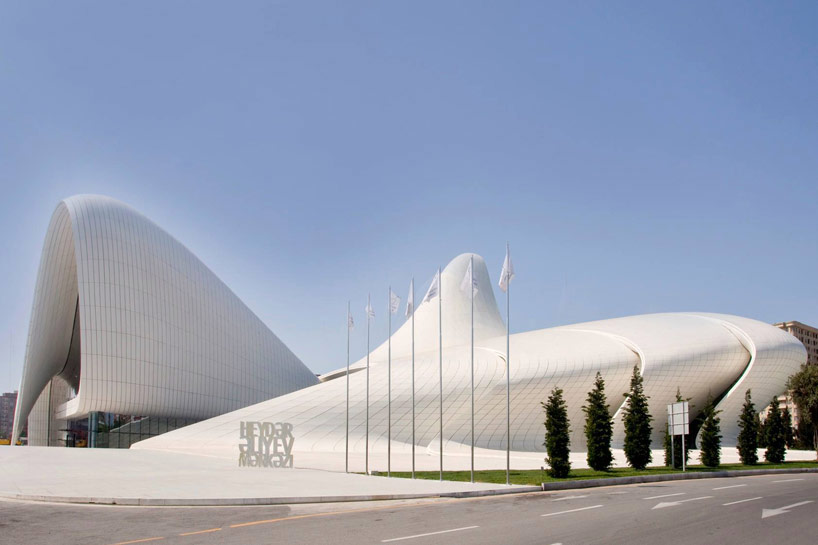 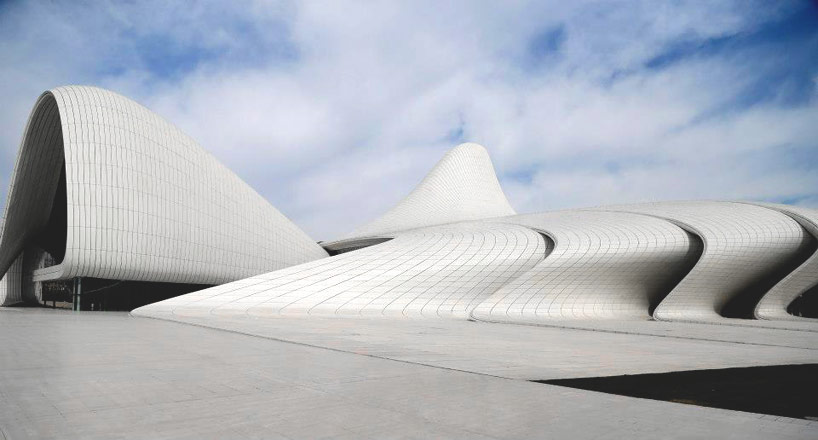 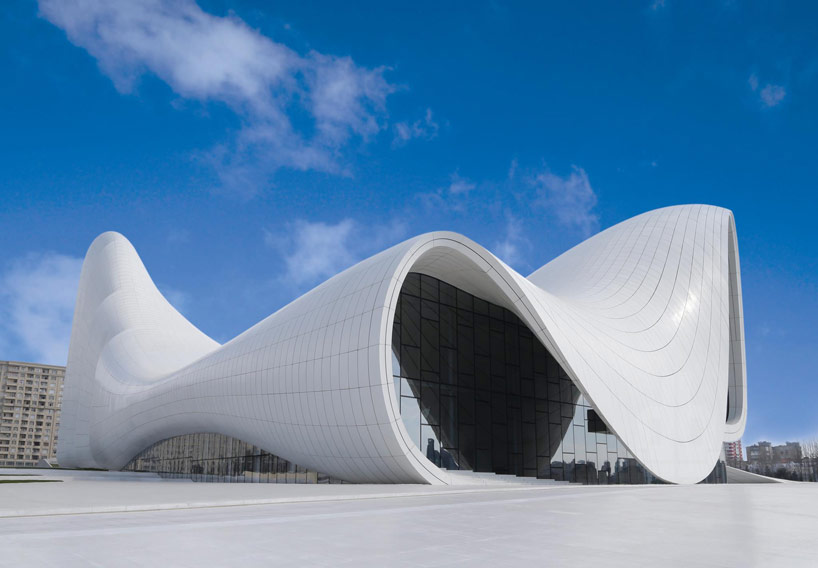 the urban fabric of baku is now shaped by an impossibly undulated succession of tiled planes. not a single straight line was used throughout the 12,027 composite panels that create a skin over 90 linear kilometers of metal beams— themselves a language of compound-complex triangles, trapezoids and parallelograms. the roof provides 40,000 square meter coverage of a sinuous network of spaces that range from a cavernous auditorium to five floors of oft-naturally lit exhibit spaces. two decorative pools and an artificial lake bolster a plaza that doubles as a public forum and is cut by prismatic volumes of greenery. this is an architecture meant to occupy the space between the past and future, while elevating the present with a place-making mass that both soars toward the sky and reaches into the earth. 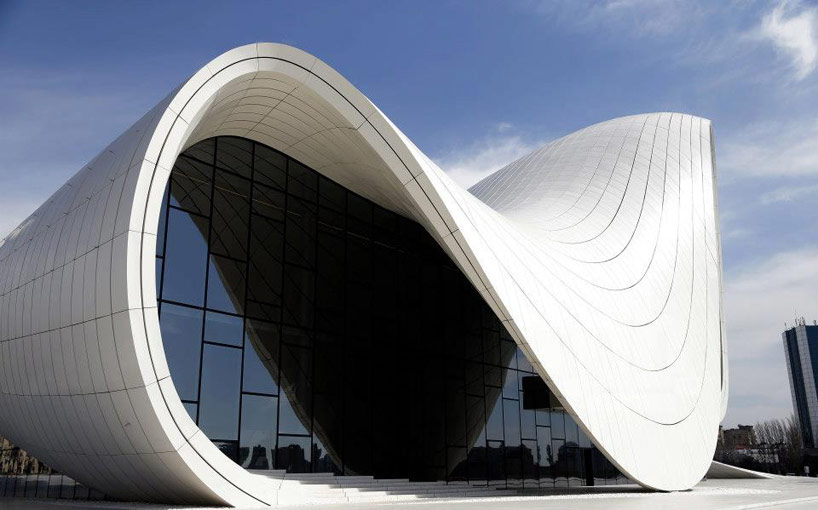 the museum reaches into the ground and soars toward the earth 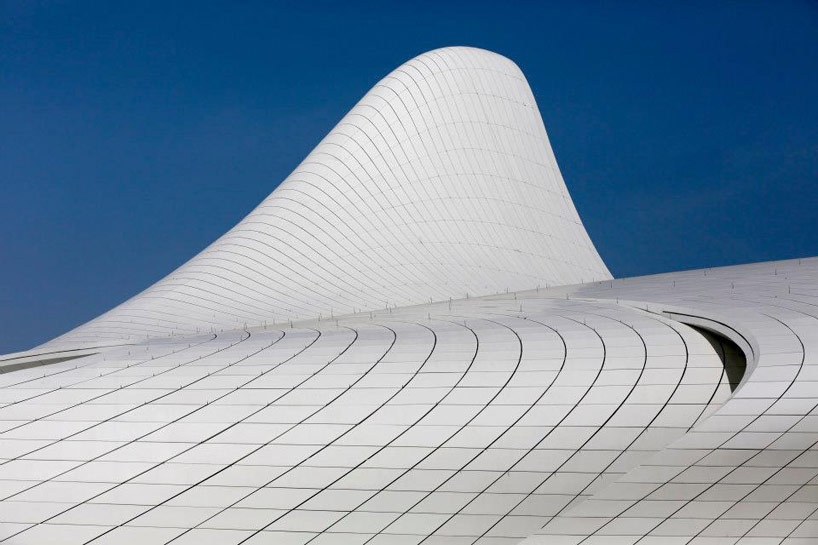 the building envelope is devoid of straight lines 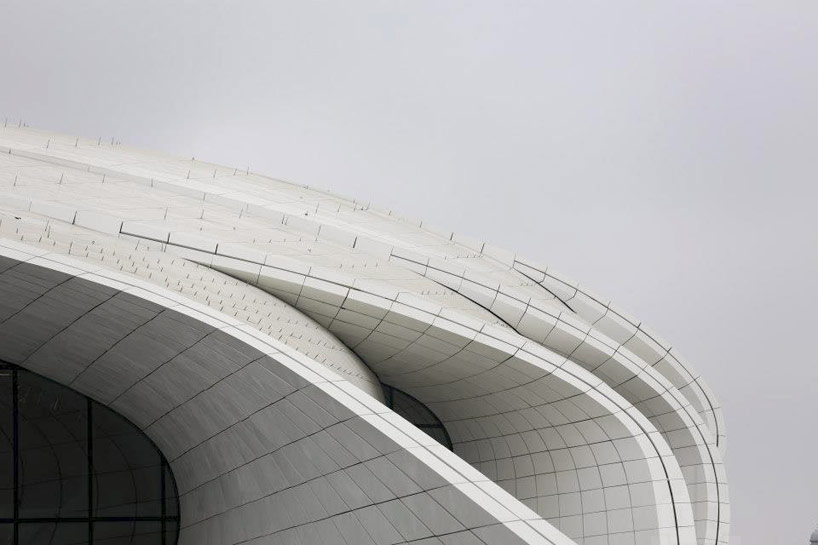 sculpted curves create a system of undercuts the distinguish the interiors 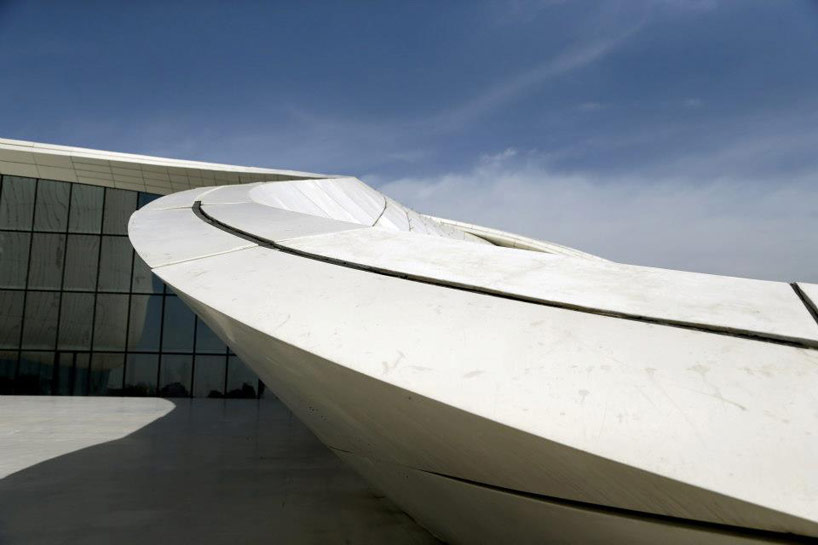 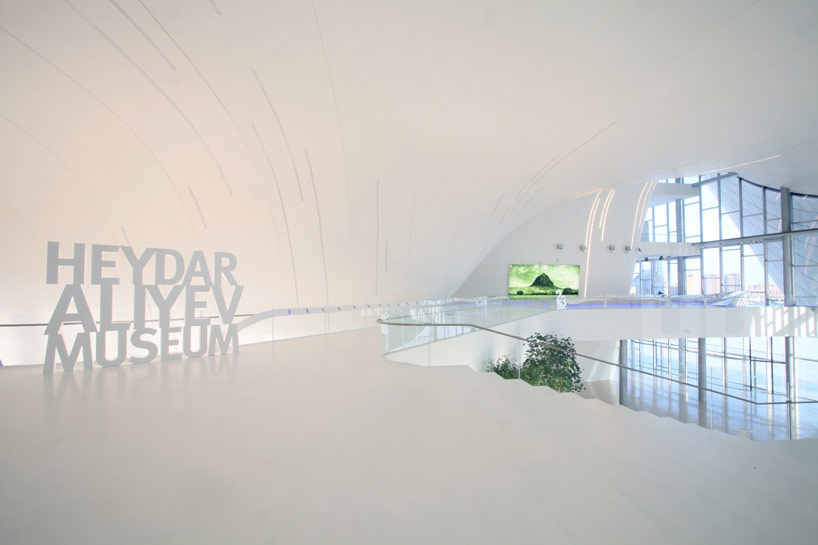 interiors are artfully and naturally lit 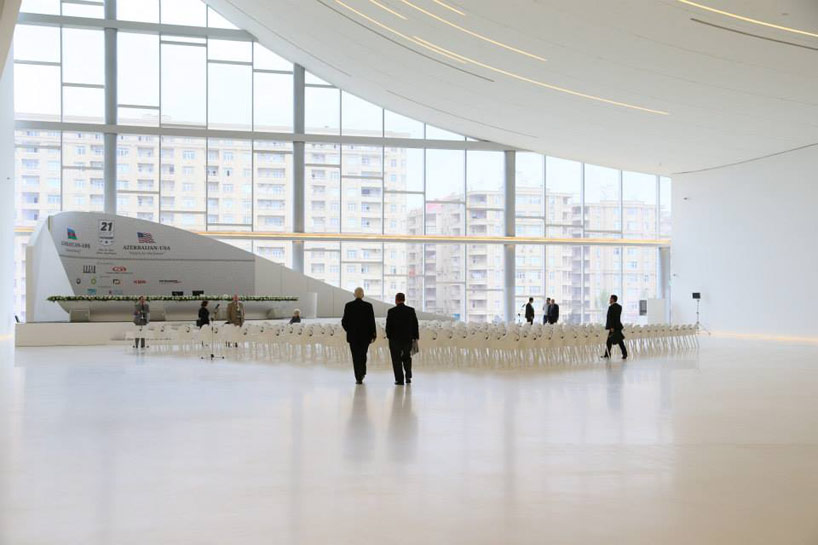 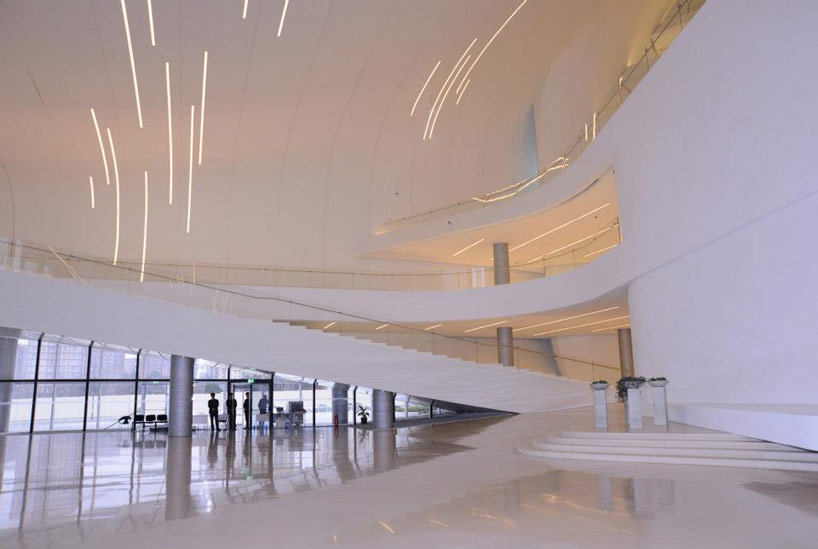 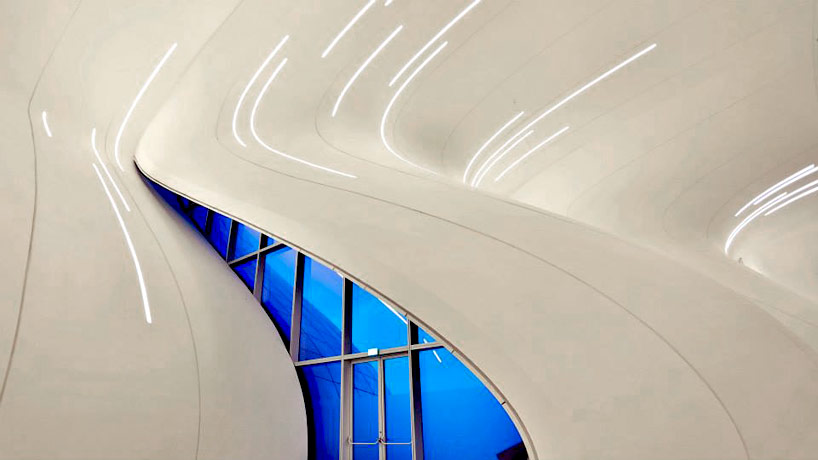 walls are cut with glazed slivers 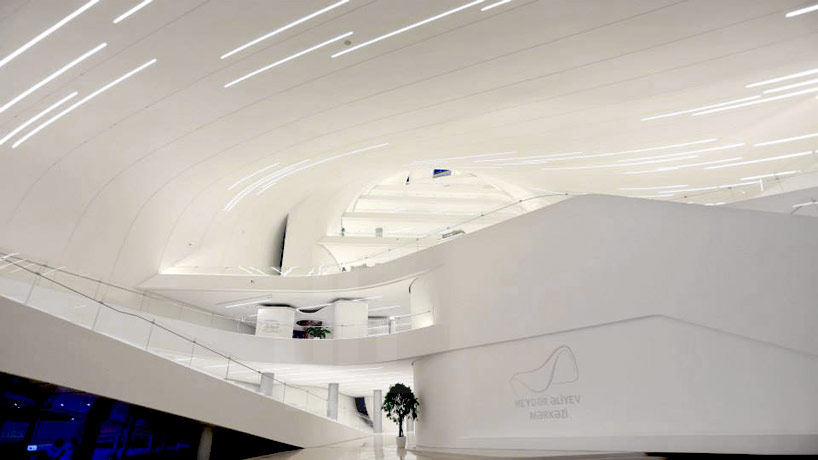 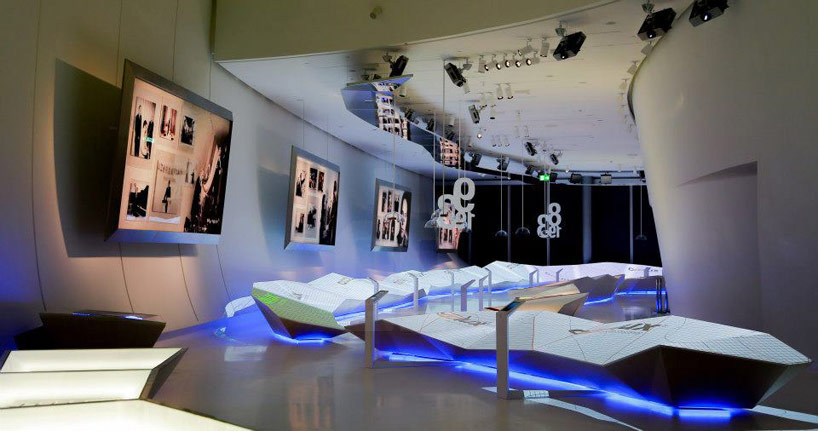 programming is dedicated to the history, preservation and promotion of azerbaijani culture 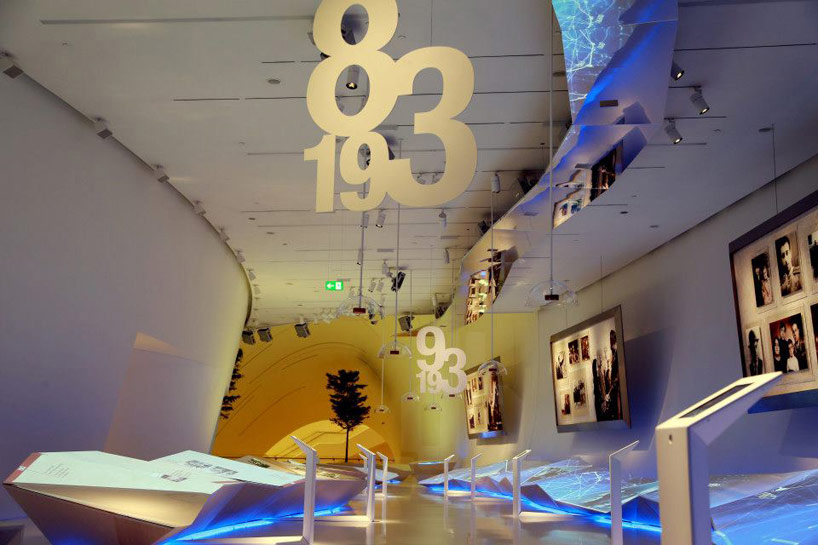 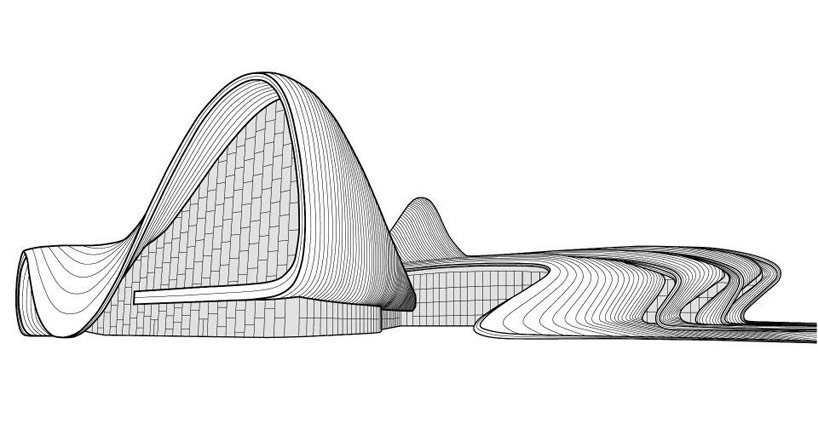