currently under construction, ‘heydar aliyev cultural centre’ by internationally renowned architect zaha hadid is a new facility consisting of a museum, library and conference centre in baku, the republic of azerbaijan. playing an important role in the urban development of the site, the design will define a new neighbourhood designated for residential, offices, hotel and commercial centre arranged around a new outdoor piazza. situated on a site measuring over 111,000 m2, the cultural centre is characterized by its fluid form which emerges out of the surrounding landscape. a distinct sense of motion is established by a series of curves that fold out from the ground, creating organic shaped openings within the skin. this continuous ‘wrap’ houses different functions, providing appropriate level of privacy as well as a distinct identity to each space. 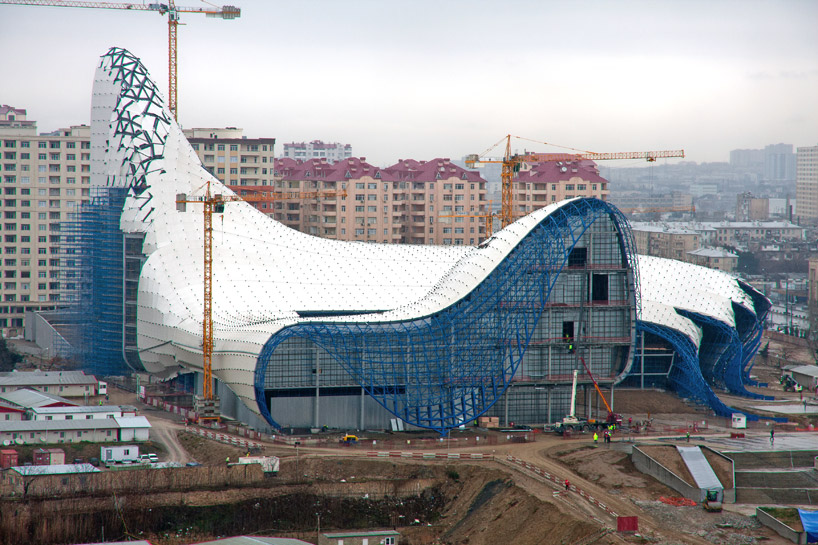 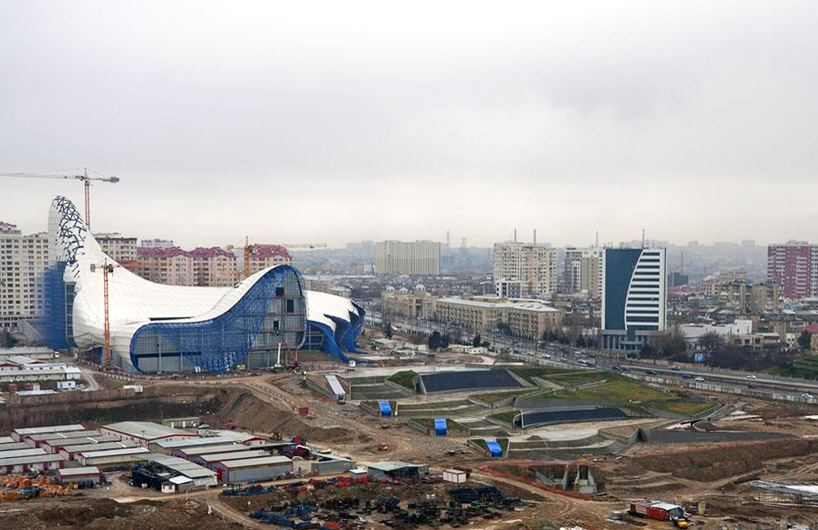 engaging in direct dialogue with the landscape is the museum, which faces out to provide sweeping views of the surrounding. a glass facade ensures that the interior gains an abundant level of natural light. the library, which faces north, effectively controls admitted light and spatially designates the reading and archive space within the folds of the outer envelope. a series of ramps connect the interior, allowing for a continuous circulation, while a suspended bridge provides connection between the library and the conference centre. the design generates a public forum of engagement through a new plaza which reads as an extension of the cultural centre itself. 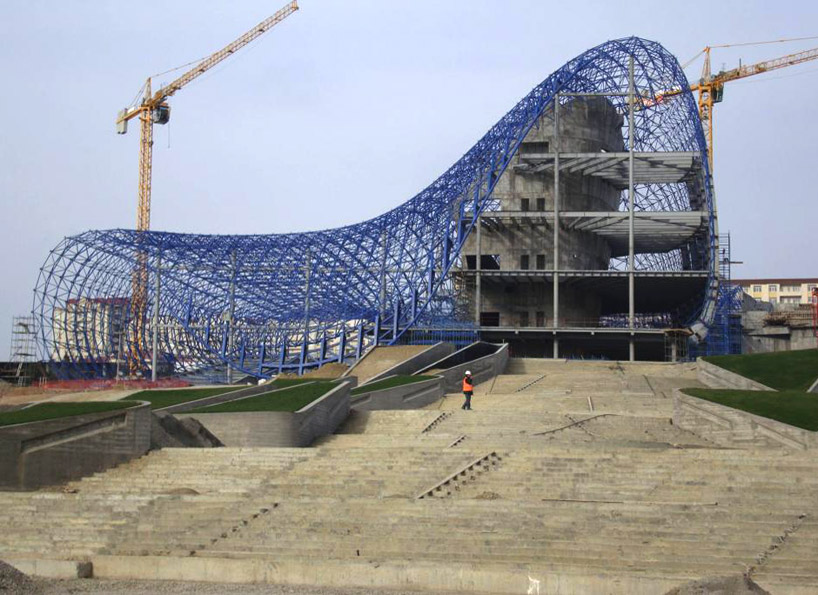 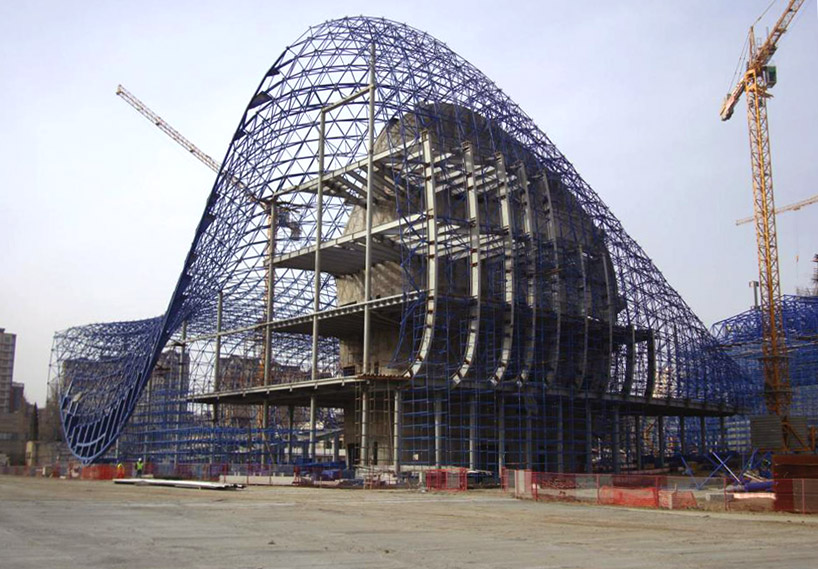 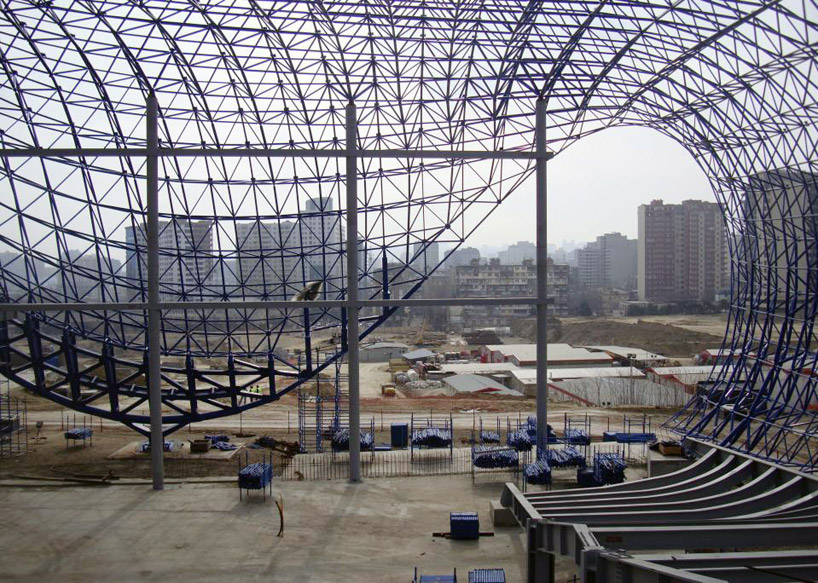 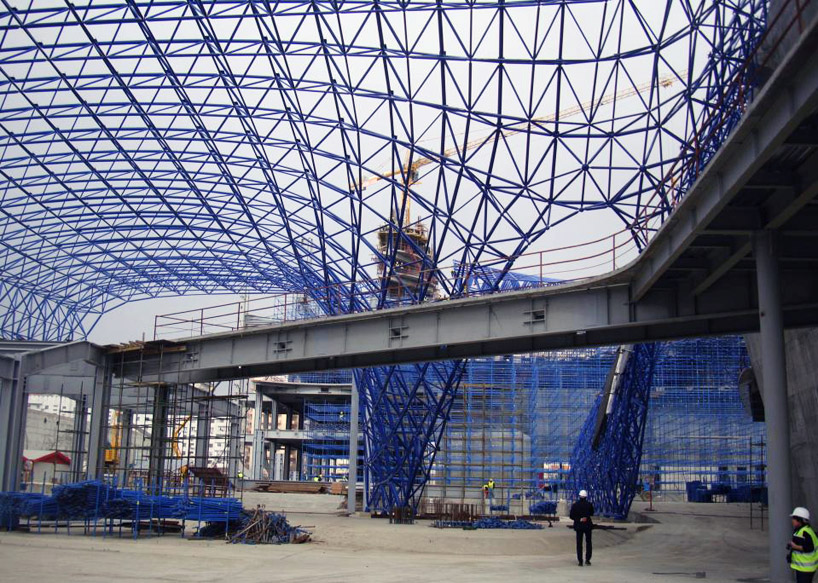 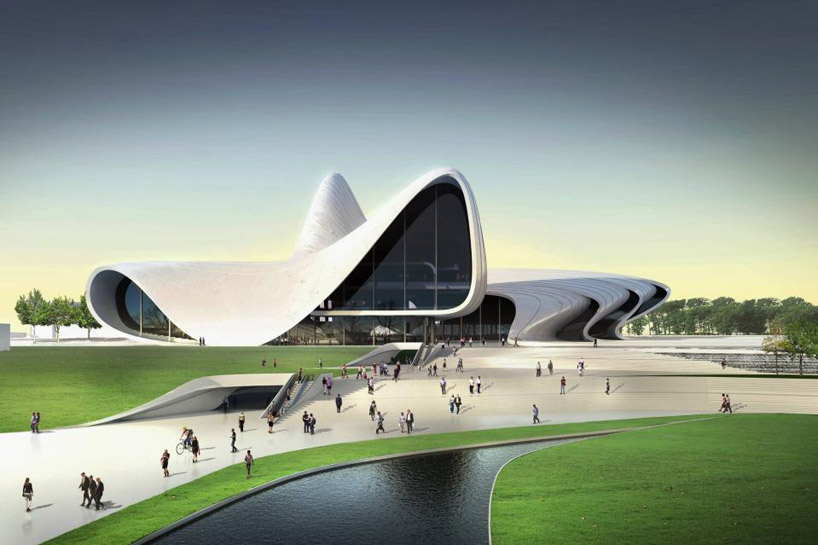 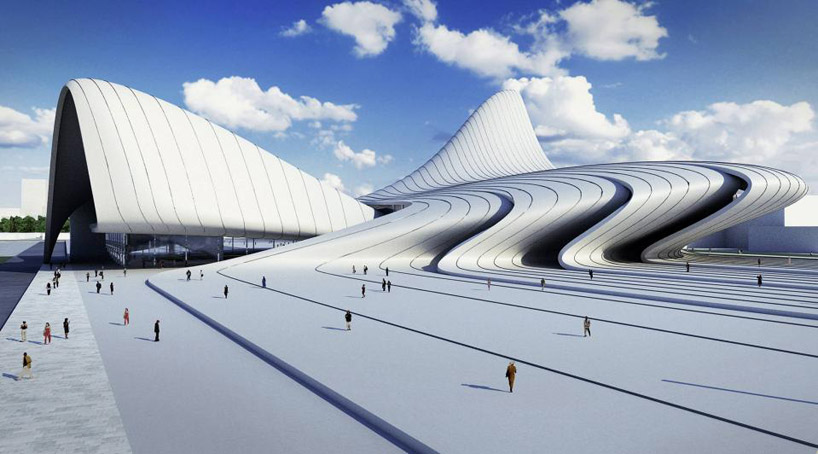 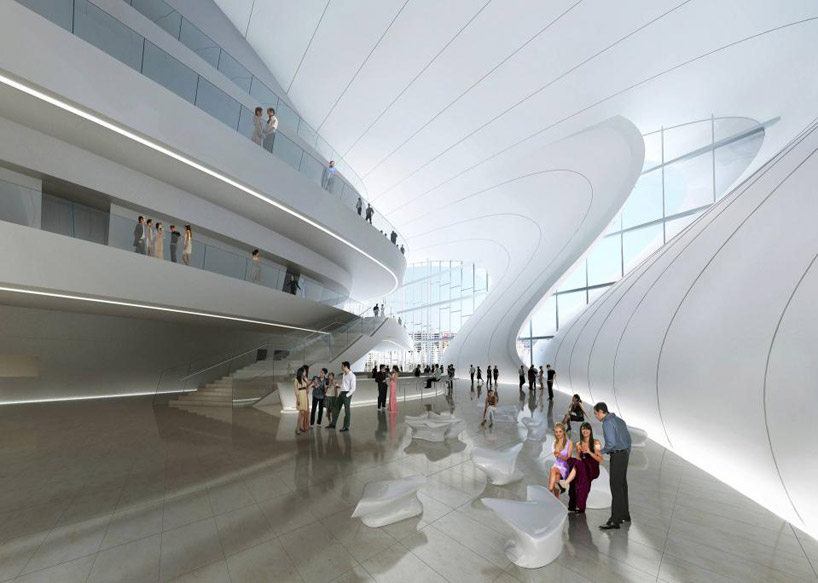 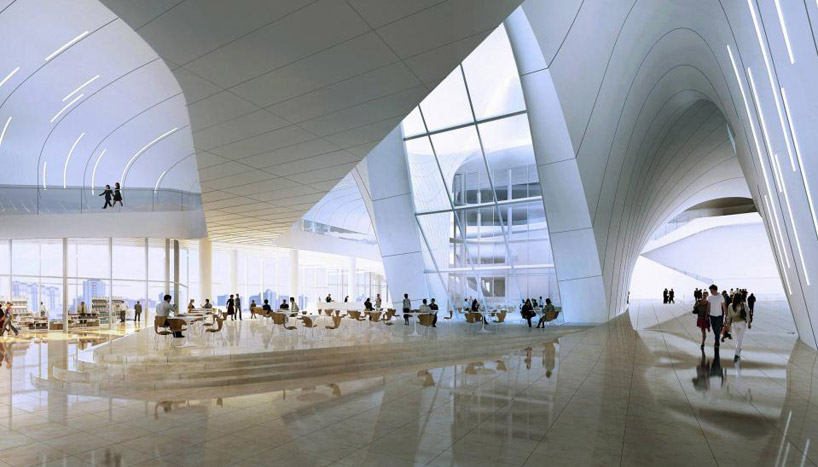 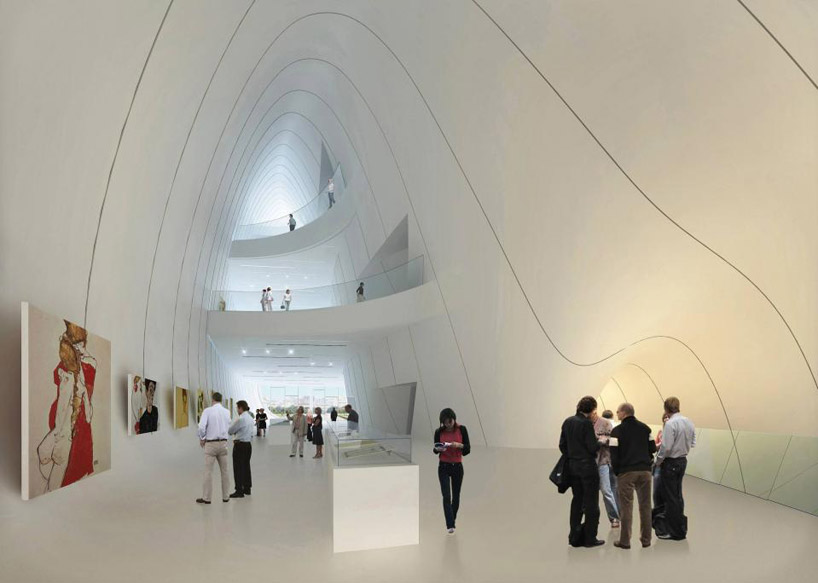 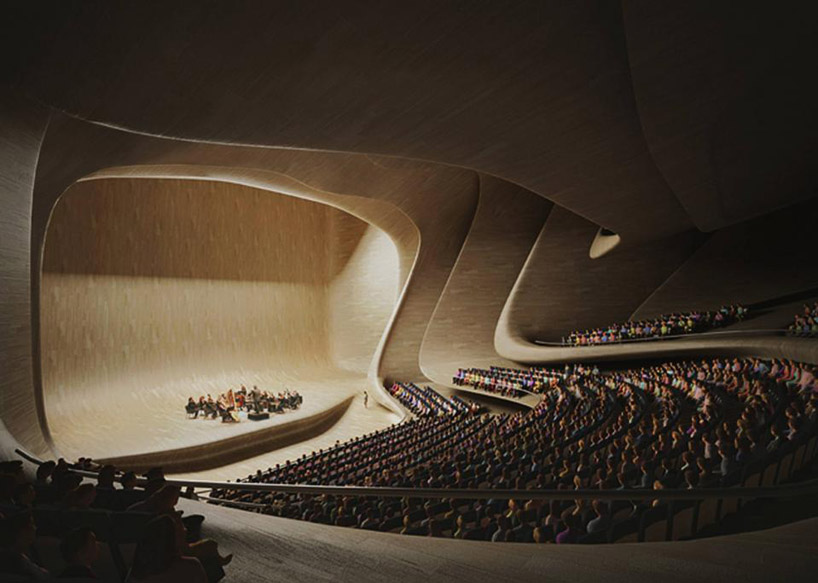 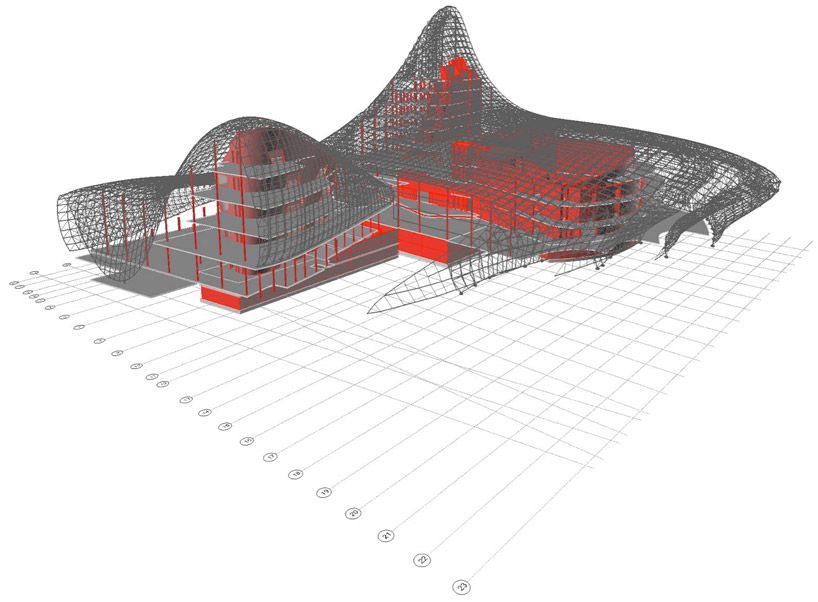 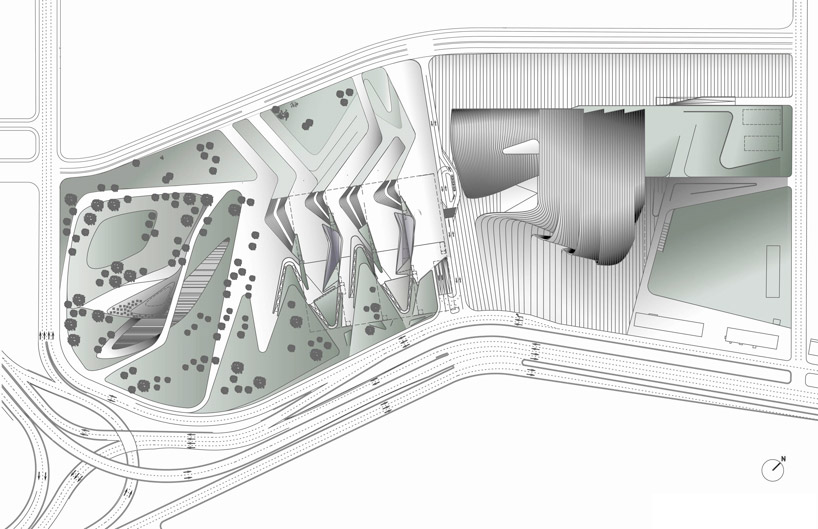