zaha hadid architects (ZHA) has unveiled plans for a 31-storey tower in malta, which will form part of a major redevelopment project. located on the country’s east coast, paceville has developed over the past 50 years as one of the island’s tourist and entertainment centers. the region was established as a cluster of holiday homes in the early 20th century and developed into a major tourist hub from the 1960s onward. 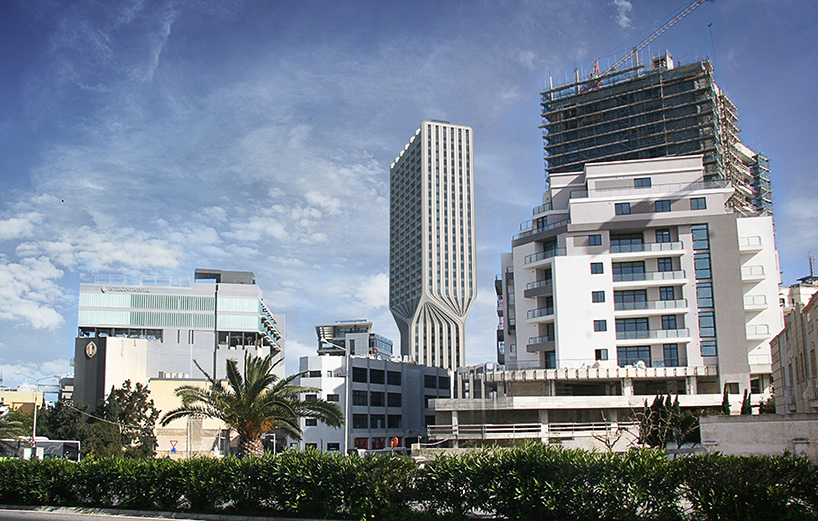 ZHA’s overhaul of the 9,405-square-meter ‘mercury house’ site integrates residential apartments and a boutique hotel, while creating new public spaces and amenities for the island’s residents and visitors. importantly, the destination’s heritage structures will be renovated as integral parts of the project. with the refurbished ‘mercury house’ at its base, the redevelopment incorporates civic amenities including cafés and shops surrounding a large plaza. 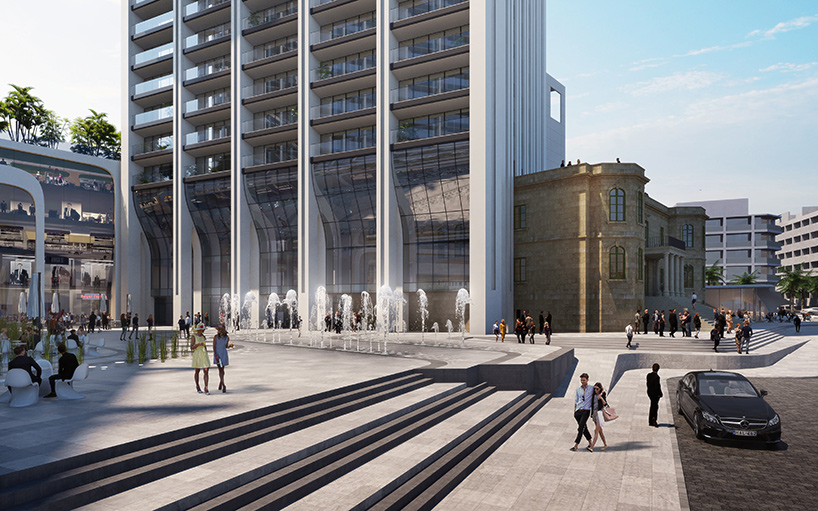 the new tower is aligned at street level to integrate with paceville’s existing urban fabric. the high-rise structure has been conceived as two vertically stacked volumes: a 9-storey block that houses apartments; and a 19-storey volume above, which has been rotated to orientate guest rooms of the new hotel towards the mediterranean sea. this gesture not only reduces solar gain, but is also designed to instill a sense of dynamism within the tower’s silhouette. 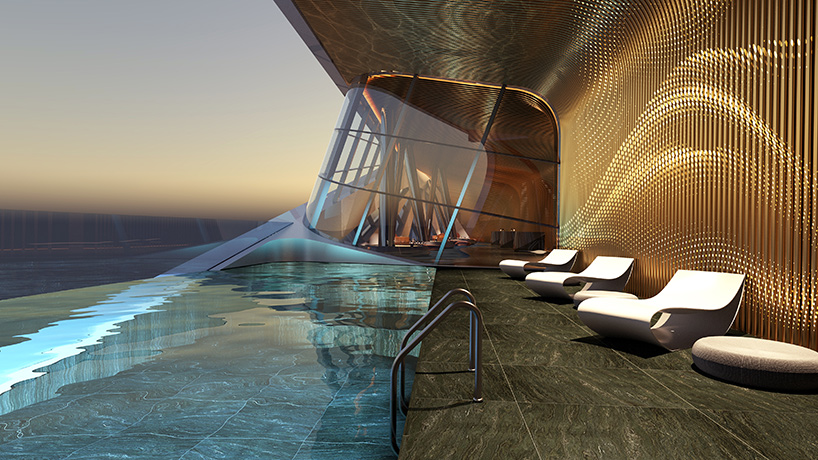 the tower is oriented to present views of the mediterranean sea 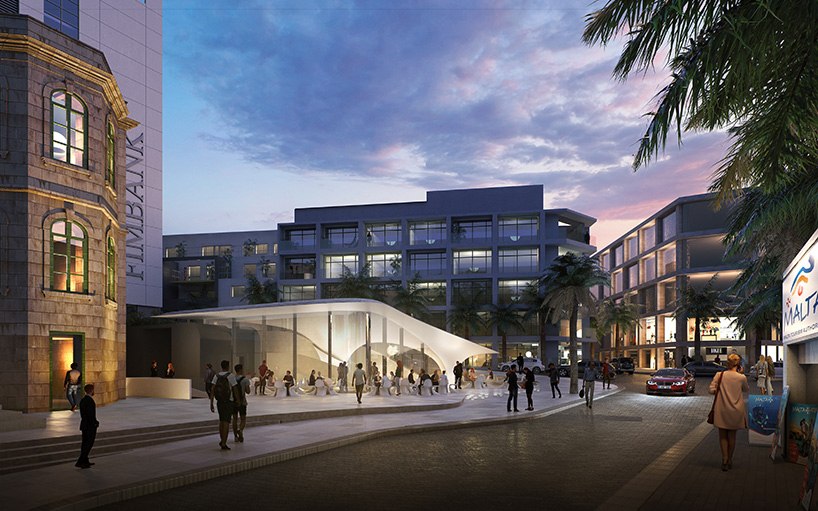 a new café pavilion forms part of the project 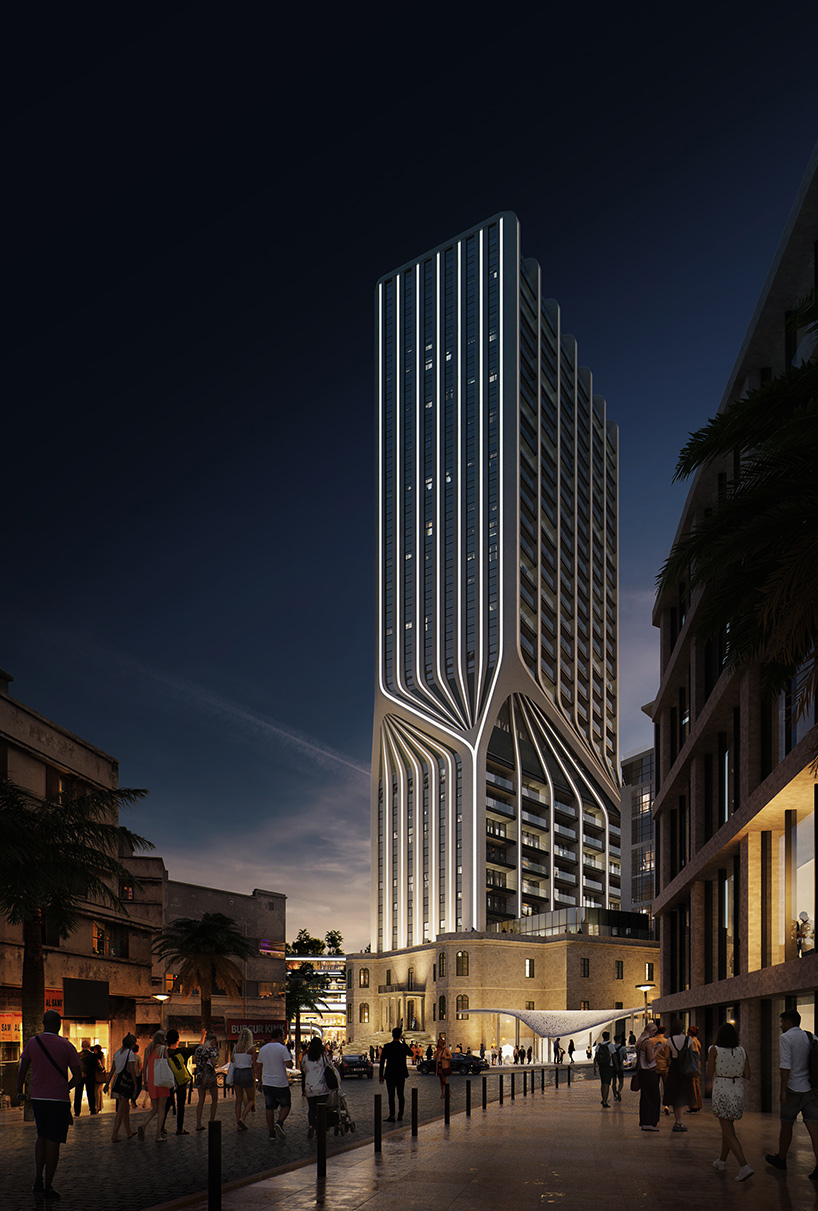 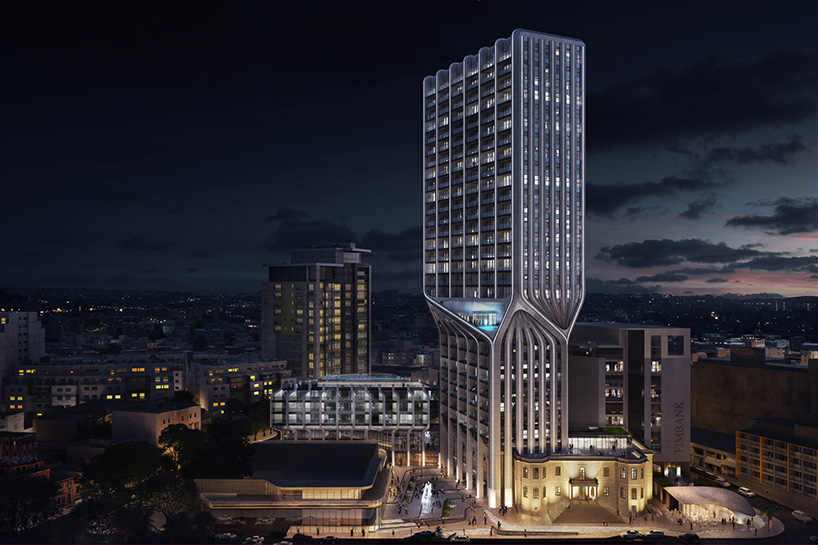 the structure will top out at 31 storeys 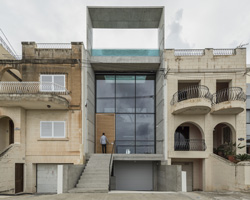 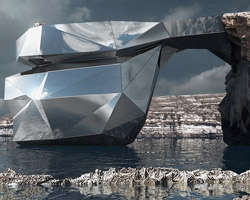 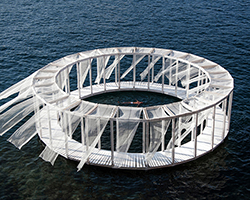 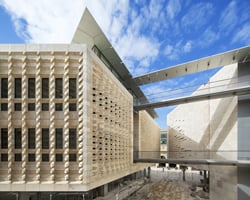 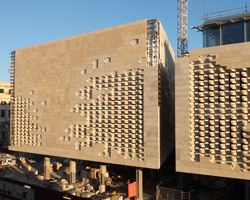