with the announcement of tokyo winning the bid to host the 2020 olympic and paralympic games, comes the confirmation that zaha hadid architects ‘new national stadium of japan’ will act as a major venue for athletic events, as well as the opening and closing ceremonies.

‘our many congratulations to the tokyo 2020 team, the japan sport council, everyone in tokyo and all across japan. the public’s support has been remarkable and we are very proud to be part of the tokyo 2020 olympic and paralympic games. we have put together an excellent team to deliver a magnificent venue on schedule for the 2019 rugby world cup and tokyo olympic games the following year.’ – zaha hadid

the massive sports arena is sited near shinjuku ward and will accommodate 80,000 spectators, featuring adjustable seating sections that will move closer to the playing field for football and rugby matches, making the stadium adaptable to many types of sporting and cultural events. a retractable roof will allow for an open-air atmosphere.

zaha hadid won the international competition, organized by the japan sport council for the new national stadium of japan in november of 2012. see designboom’s coverage of her winning entry here, and the other shortlisted proposals. 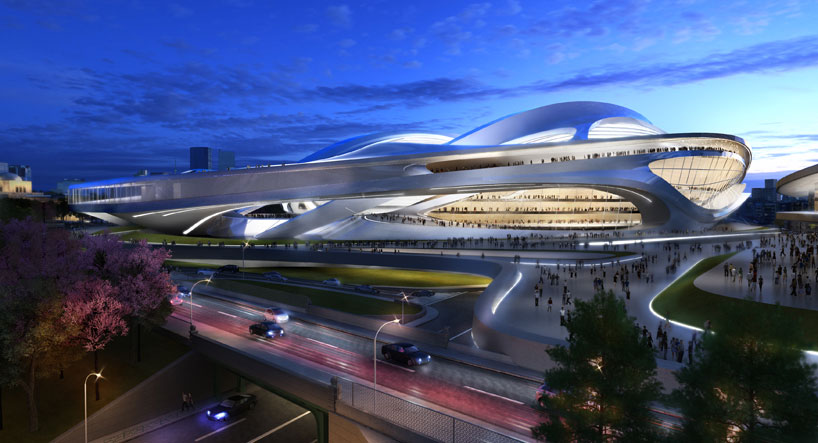 the sinuous forms of the stadium will stand as a landmark venue not only for the olympics, but the city of tokyo
image © zaha hadid architects

tadao ando, chairman of the competition selection panel said:
‘the entry’s dynamic and futuristic design embodies the messages japan would like to convey to the rest of he world. I believe this stadium will become a shrine for world sport for the next 100 years.‘ 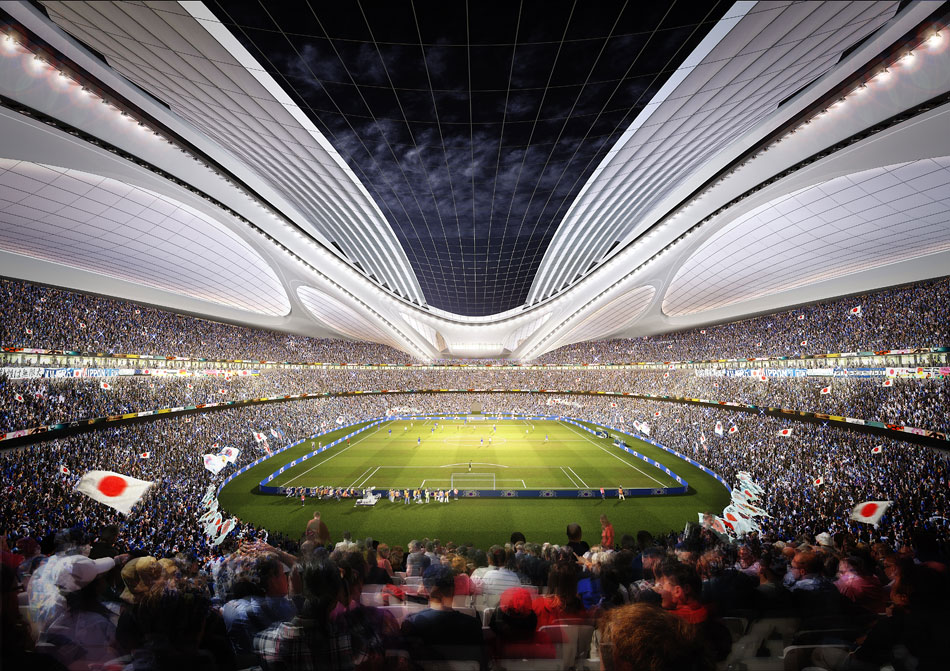 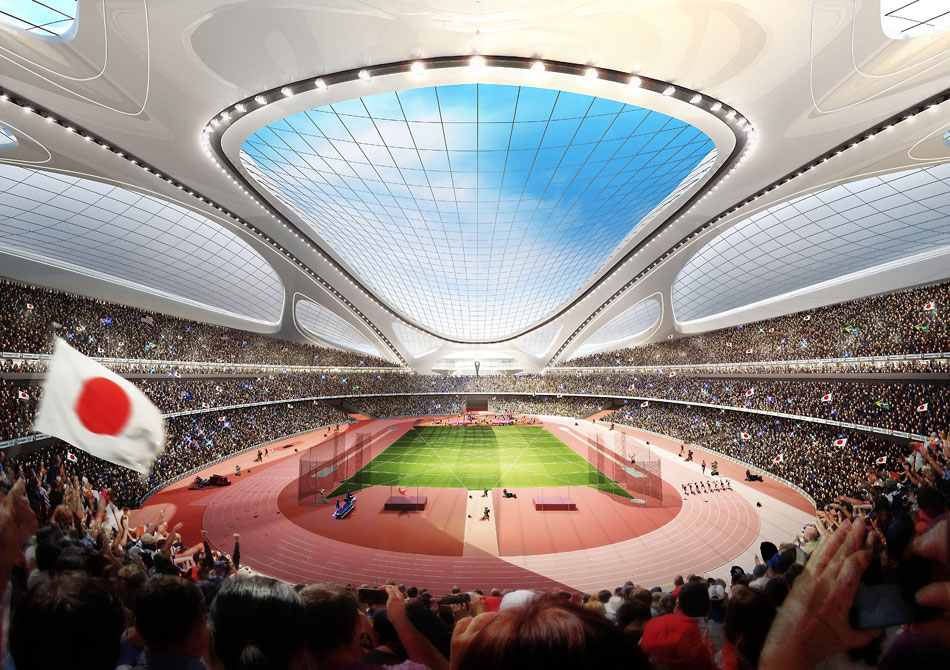 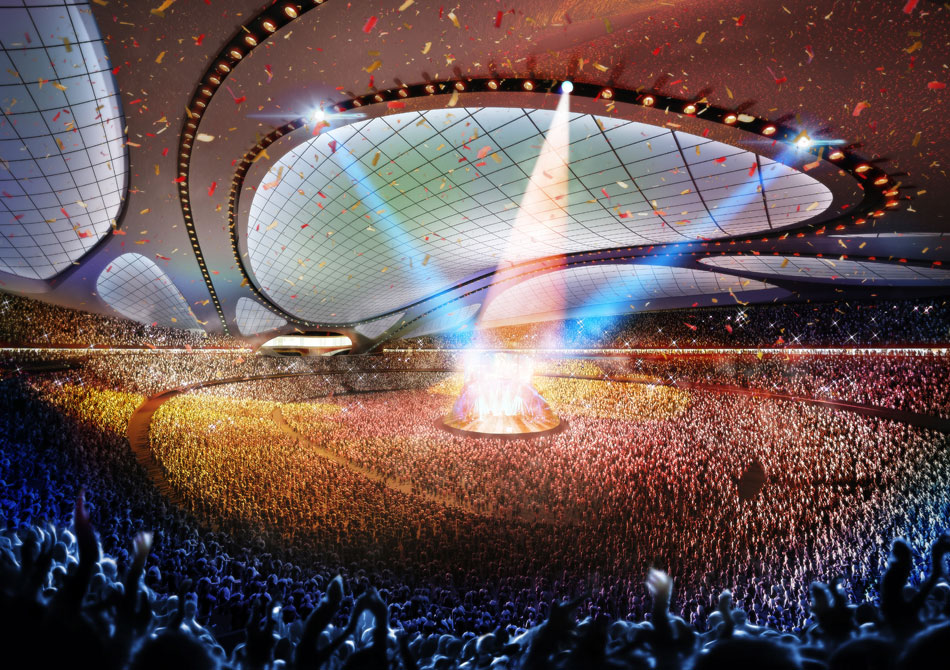