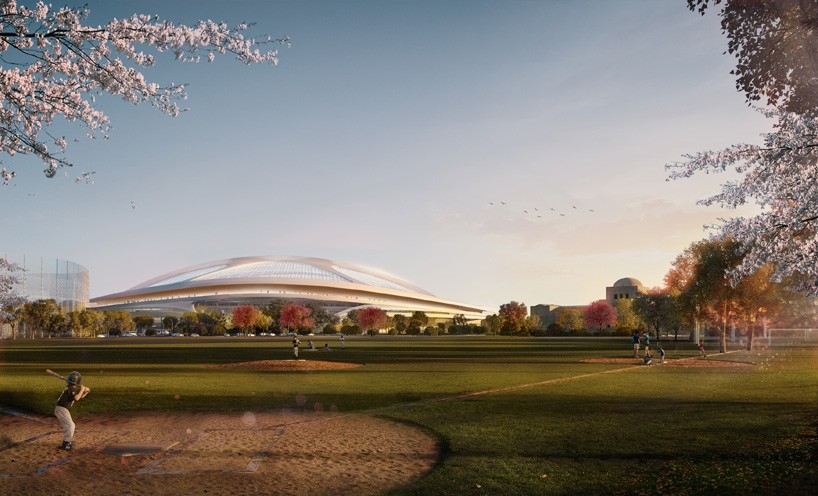 UPDATE: on september 1st, 2015, the tokyo national stadium’s new competition was announced with a much shorter design and construction schedule. upon commencement of the contest, it was revealed that zaha hadid architects would re-enter alongside japanese firm nikken sekkei in trying to win back the project. the two practices have been working together on the scheme since 2013.

‘we believe the best way to respond to the new brief is to maximize the use of the expertise and experience gained by the design team over the past two years’, commented nikken sekkei. ‘our firm is certain that retaining the team of design supervisor and designers will deliver the best national stadium, and we have invited zaha hadid architects to join the design team. applying this knowledge and experience of the project, this team can further develop the design to the new brief as a cost-effective proposal to realize the world’s best national stadium.‘

last month, japan’s prime minister announced that controversial plans for the country’s new national stadium in tokyo had been dropped — a move welcomed by a number of japanese architects including toyo ito. in response, zaha hadid’s studio (ZHA) issued a statement defending itself against reported cost increases, which they believed had been incorrectly attributed to them.

now, ZHA has released a video presentation detailing their design for the new national stadium which has been in development for two years. the practice say that they welcome a new contractor bidding process for the stadium to ‘reduce costs and ensure value for money in terms of quality, durability and long-term sustainability’. ZHA also believe that their stadium design can still be completed in time for the the tokyo 2020 olympic and paralympic games.

‘it was a very serious team of people who worked on this project for two or three years, so it is an enormous investment’, explains zaha hadid. ‘I think it is a very important project as it has a life beyond the olympics.’

watch the presentation video in full below.

‘our stadium design has been two years in the making, and it is ready to start on site this year,’ state zaha hadid architects. ‘it can be ready for the rugby world cup of 2019, and the test events before the summer olympics of tokyo 2020.

‘to start the design from scratch is an unnecessary risk, which we think the government should reconsider if its aim is to achieve a lower price than ¥250 billion. we believe the answer is to introduce more competition between the contractors, but to not lose the benefits of the design.

‘further cost savings can be considered, such as omitting air conditioning for the seating or omitting the skybridge. but, the stadium design is compact and efficient, it cannot be approved upon unless the fundamental criteria of seating capacity is altered or a more competitive bidding situation is created to lower the price‘, continue ZHA. 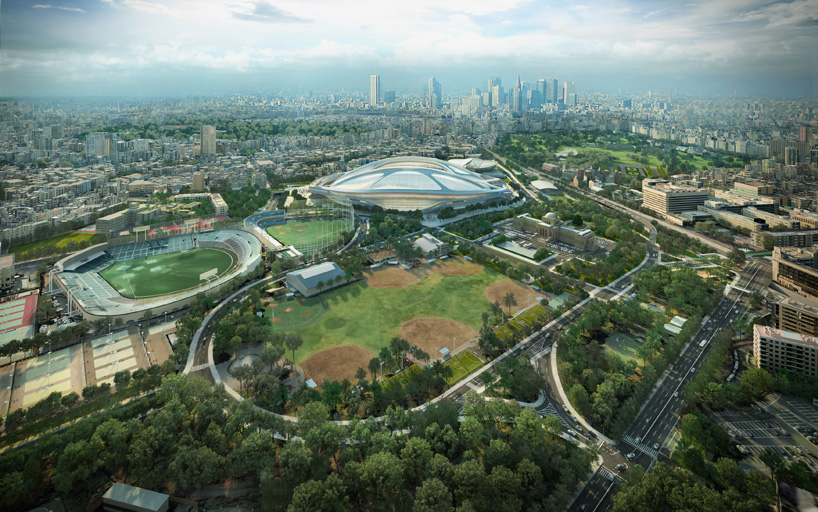 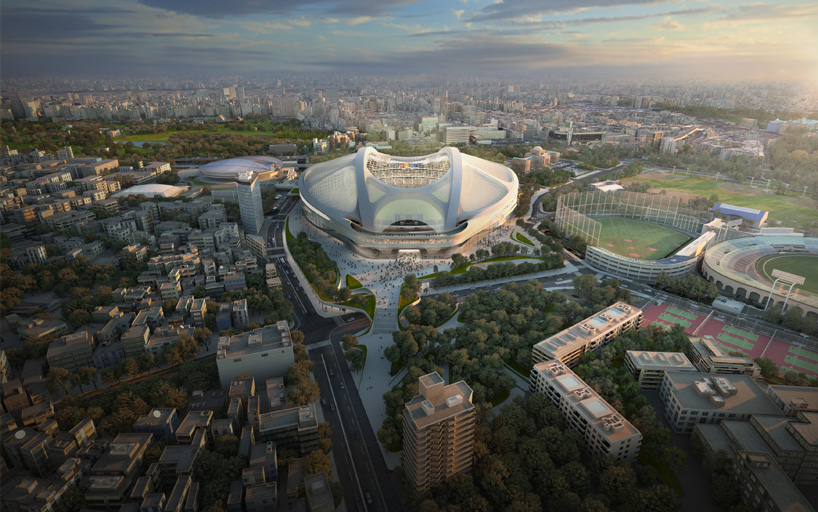 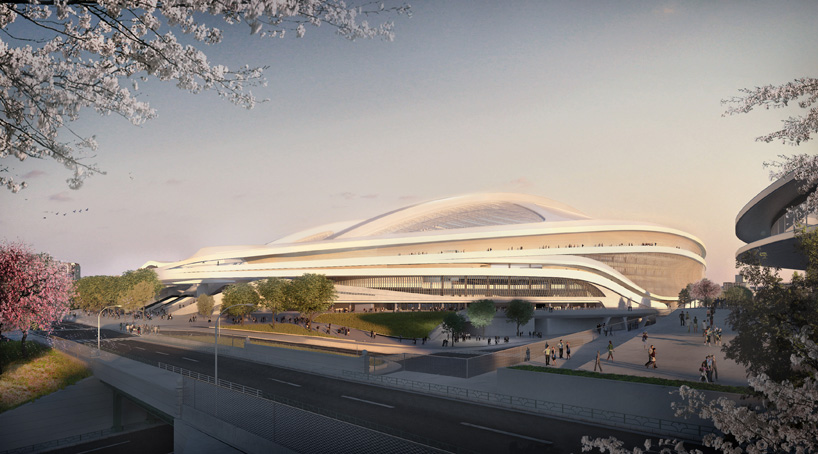 the arena walls reach a maximum height of 44 meters 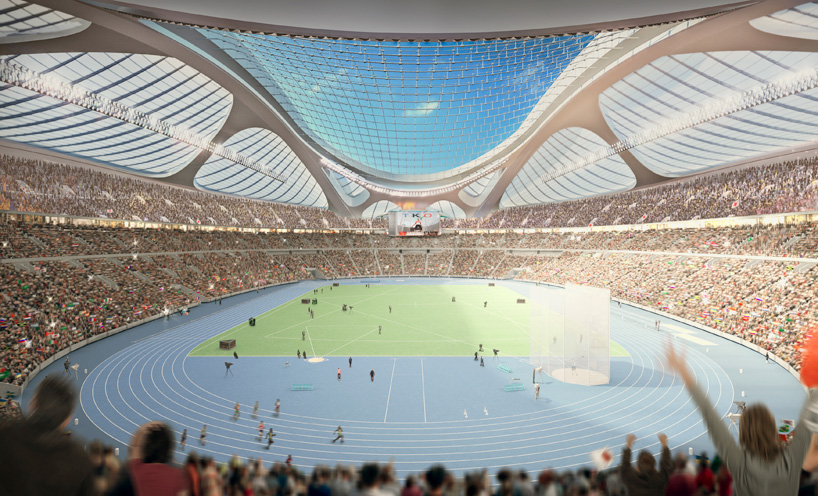 an elevated walkway called the ‘skybridge’ encircles the design

views are presented across the japanese capital 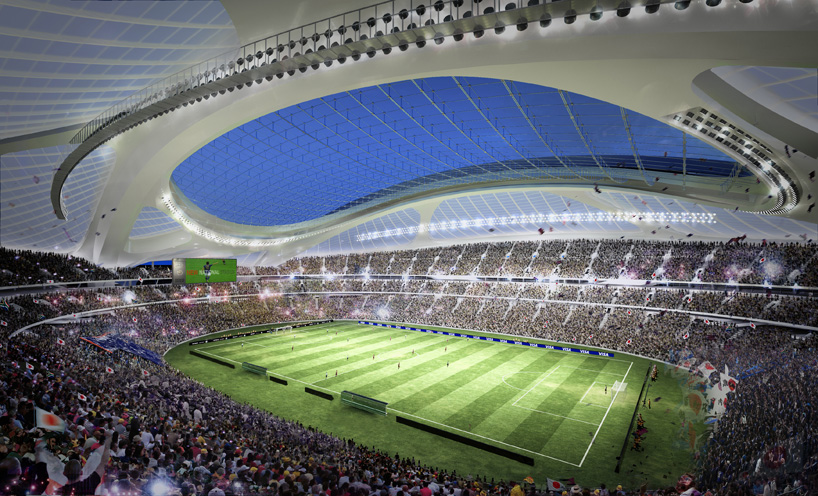 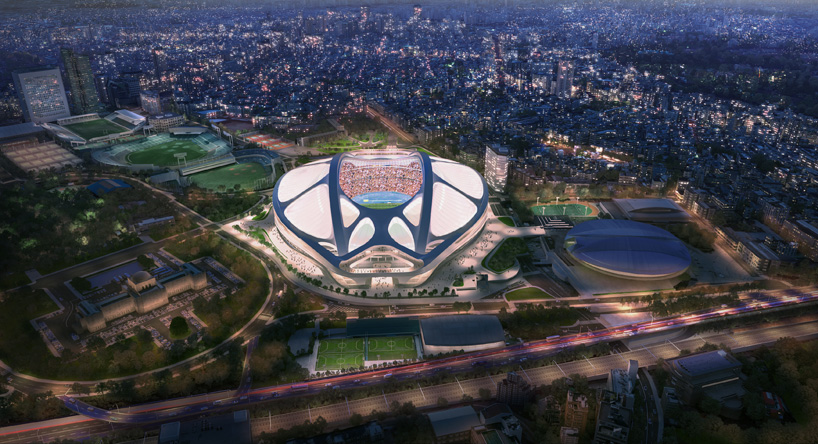 the project’s distinctive roof structure illuminated from within 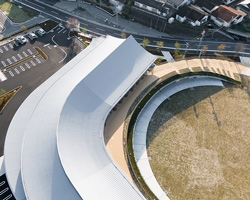 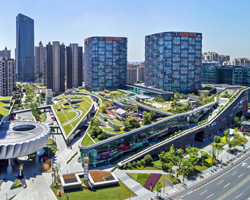 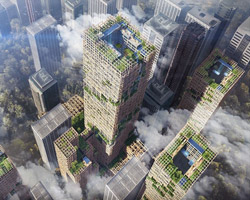 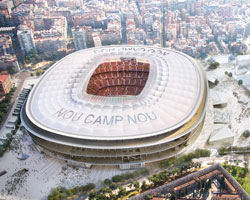