zaha hadid‘s bold plans for antwerp’s ‘port house’ have taken a step closer to realization with new images indicating the vast scale of the ambitious undertaking. the project, which will form the headquarters of the antwerp port authority (APA) combines a new beam-shaped structure with a former fire station, a listed building which is being fully restored as part of the development. 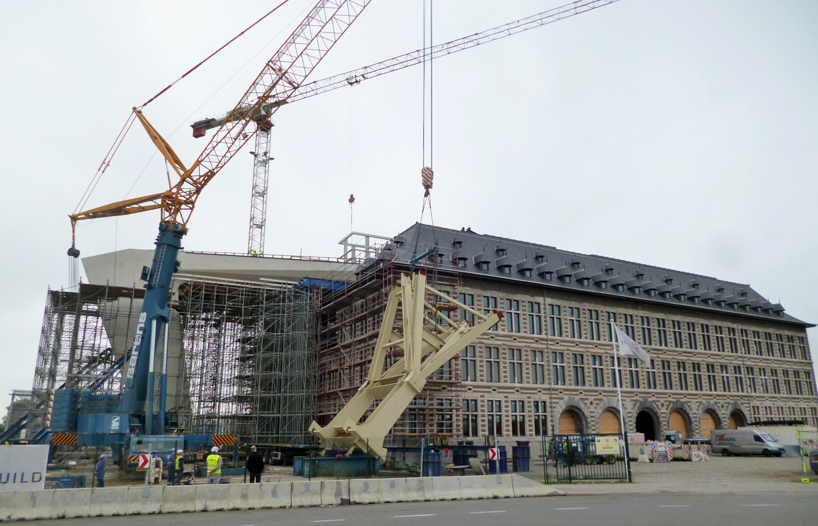 strategically located between the city center and the famous harbor, the scheme will provide its occupants with expansive views of antwerp from behind the façade’s transparent and reflective walls. composed as a series of triangles, the glazed elevations reference the city’s diamond trade, creating a constantly shifting play of light. 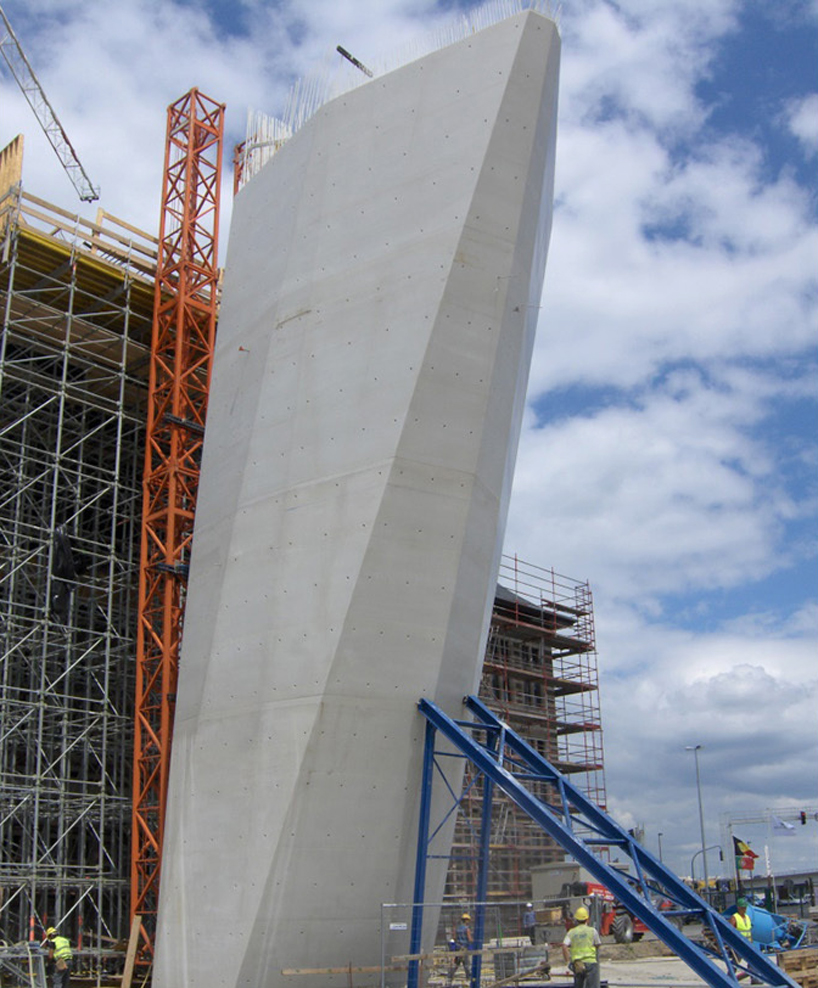 the new structure will be perched on three sculptured concrete pillars

after completing the first stage of development – the provision of underground parking – the existing building was then gutted, with the interior fixtures and the roof canopy removed. the project’s final stage is now underway with work focusing on the new structure that will be perched on three sculptured concrete pillars. the renovation and furnishing of the former fire station will take place simultaneously.

see designboom’s coverage of the project in its concept phase here. 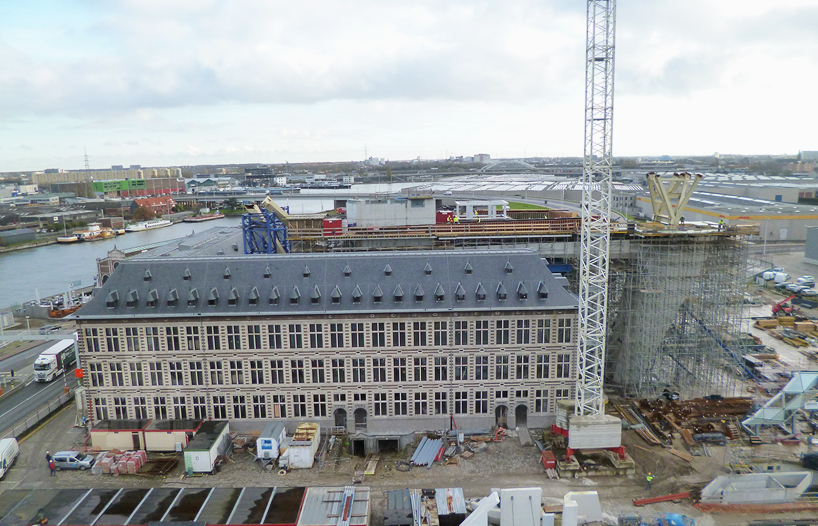 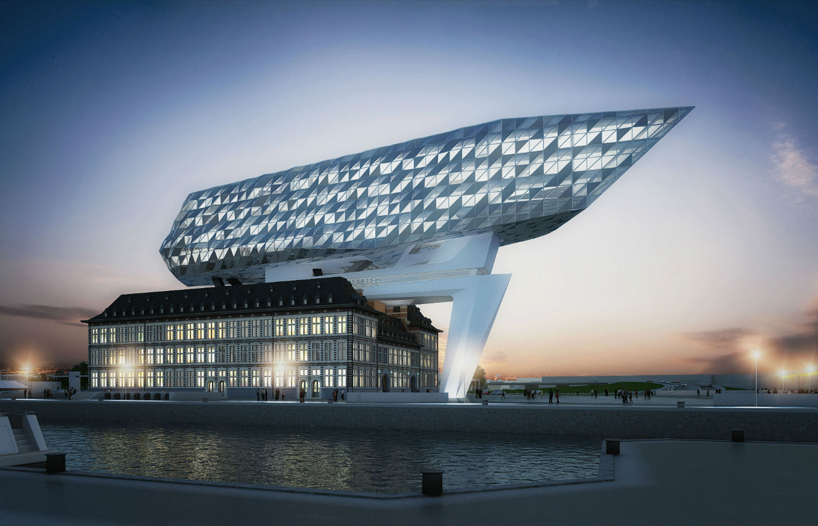