zaha hadid has just launched in the NOVA shoe, a limited edition haute couture footwear, as part of a collaboration with united nude. the manifestation of a years-long exchange of idea with united nude creative director rem d koolhaas (not to be confused with his namesake, uncle and hadid’s former employer), the design is both a challenge to preconceived formal limits of shoes as well as a synthesis of materiality, ergonomics and dynamism. informed by hadid’s characteristic architectural language of sinuous curves and impossible forms, the shoe is a small-scaled structural feat, sporting a cantilevered heel that allows a 6.25 inch heel to appear unsupported. 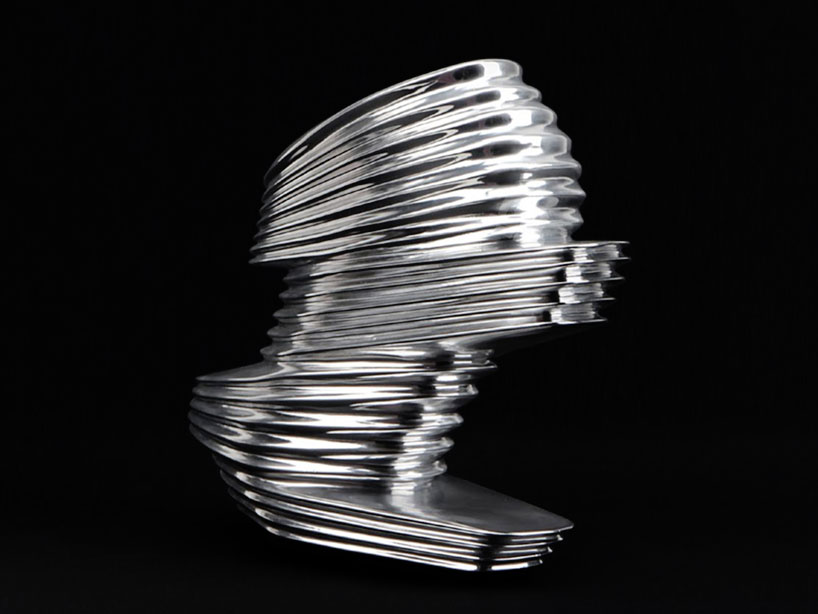 a 6.25 inch heel appears to be an unsupported cantilever

the engineering and fabrication of the shoe appropriates both time-tested and entirely new methods of cobbling what with a combination of lost wax cast techniques, injection molding and vacuum forming to ensure a seamless vessel. the NOVA shoe is the first to employ rotation molding as a viable fabrication technique– a method by which a softened material is rotated on a perpendicular axis throughout the cooling and curing process.the upper portion of the shoe is part italian leather and metallic chromed rubber, while the hidden heel and platform are fiberglass, ensuring a lightweight object that articulately expresses the dynamic movements of the wearer. the shoe will be available in sizes 35-40 at select stores in l’eclaireur in paris for a price tag in the £1300 range. a limited edition run of 100 pairs in black, bronze and rose gold have already been created. 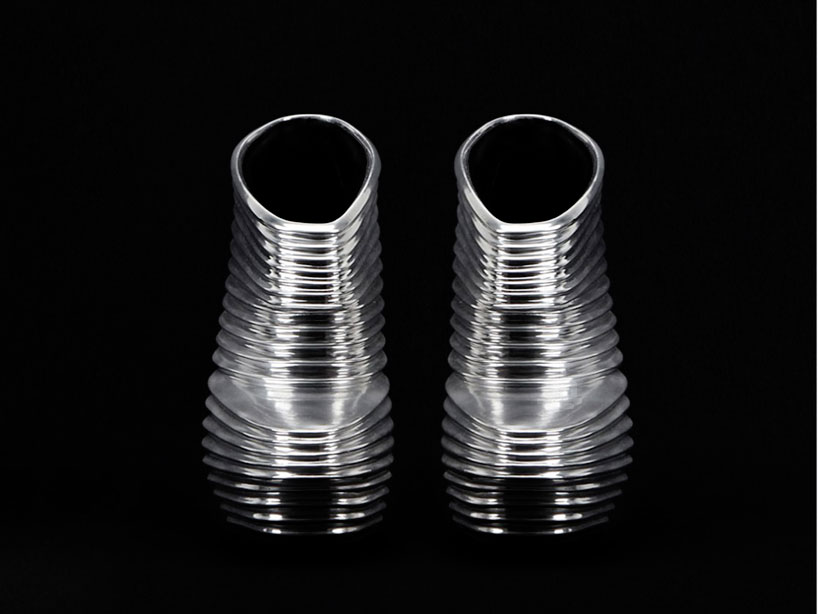 chromed rubber was rotation molded for the seamless vessel

a view of the fabrication process
video courtesy of united nude