london-based firm zaha hadid architects has sent us images of the recently completed ‘roca london gallery’ for the high end global bathroom brand, roca. comprised of gallery spaces, lounge areas, a bar and meeting rooms, the 1100 meter square location will serve to host a variety of activities such as exhibitions, presentations, seminars and debates. to make the space versatile to all the functions and events, audiovisual, sound and light equipment are incorporated into the surfaces.

water had an important impact on the visual aspect of the design. located close to chelsea harbour, and taking into consideration the essence of the roca brand, the power of erosion and the movement of water are depicted by the undulating forms found both inside and outside. the similarity between the facade and interior serves to connect the building as one complete structure. although the main walls are gypsum panels, the meandering surfaces are fiber reinforced concrete, allowing the sight-lines  of the interior to remain open. curved walls form only semi-enclosed spaces, creating a sense of permeability and flow.

‘our work imbues architecture with the intricacy and beauty of natural forms. using a formal language derived from the movement of water, the roca london gallery has been eroded and polished by fluidity; generating a sequence of dynamic spaces carved from this fascinating interplay between architecture and nature’ – zaha hadid 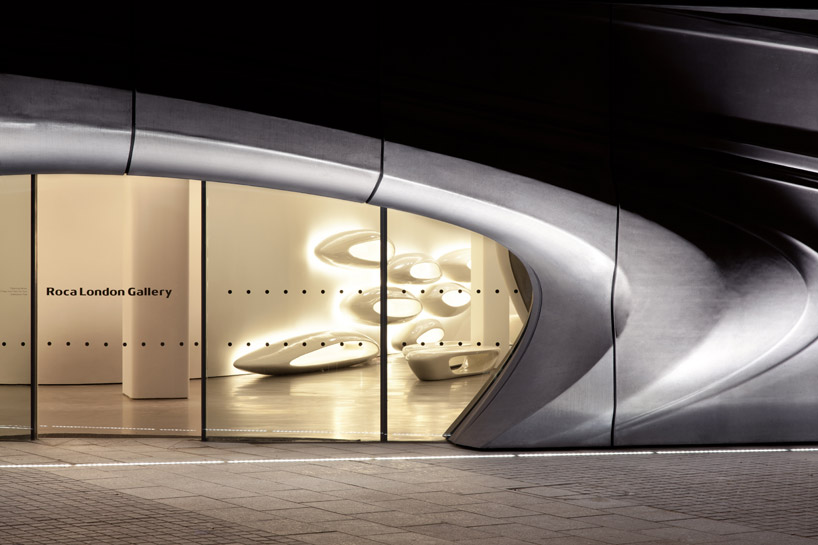 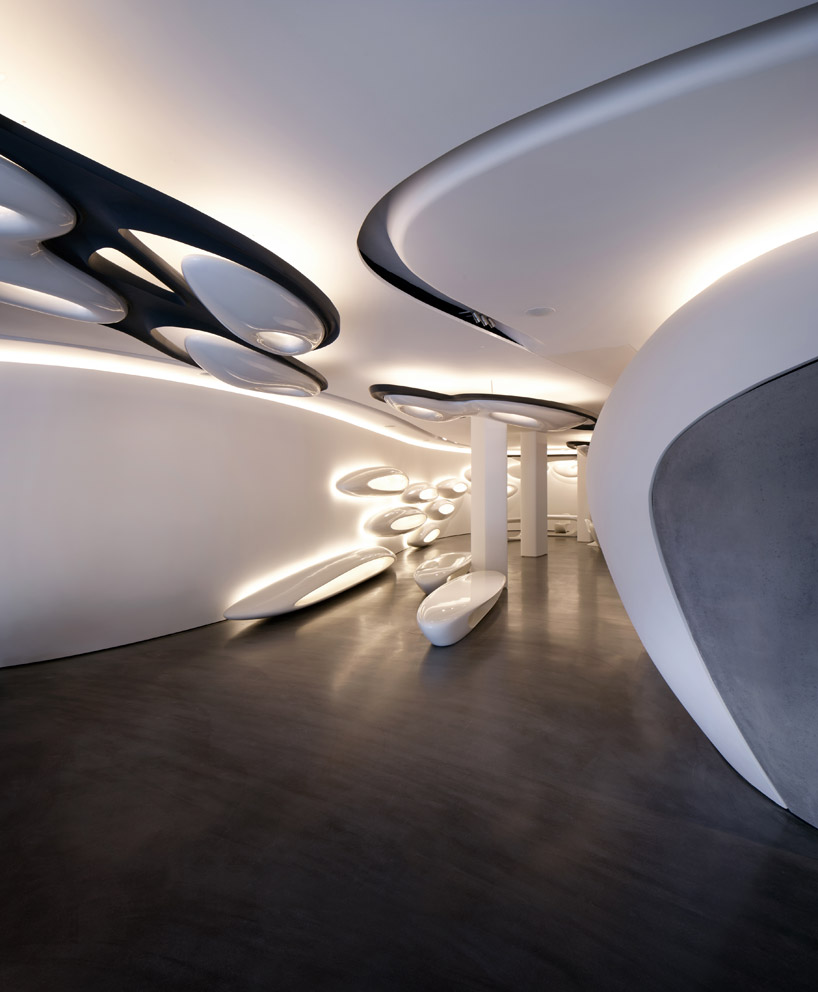 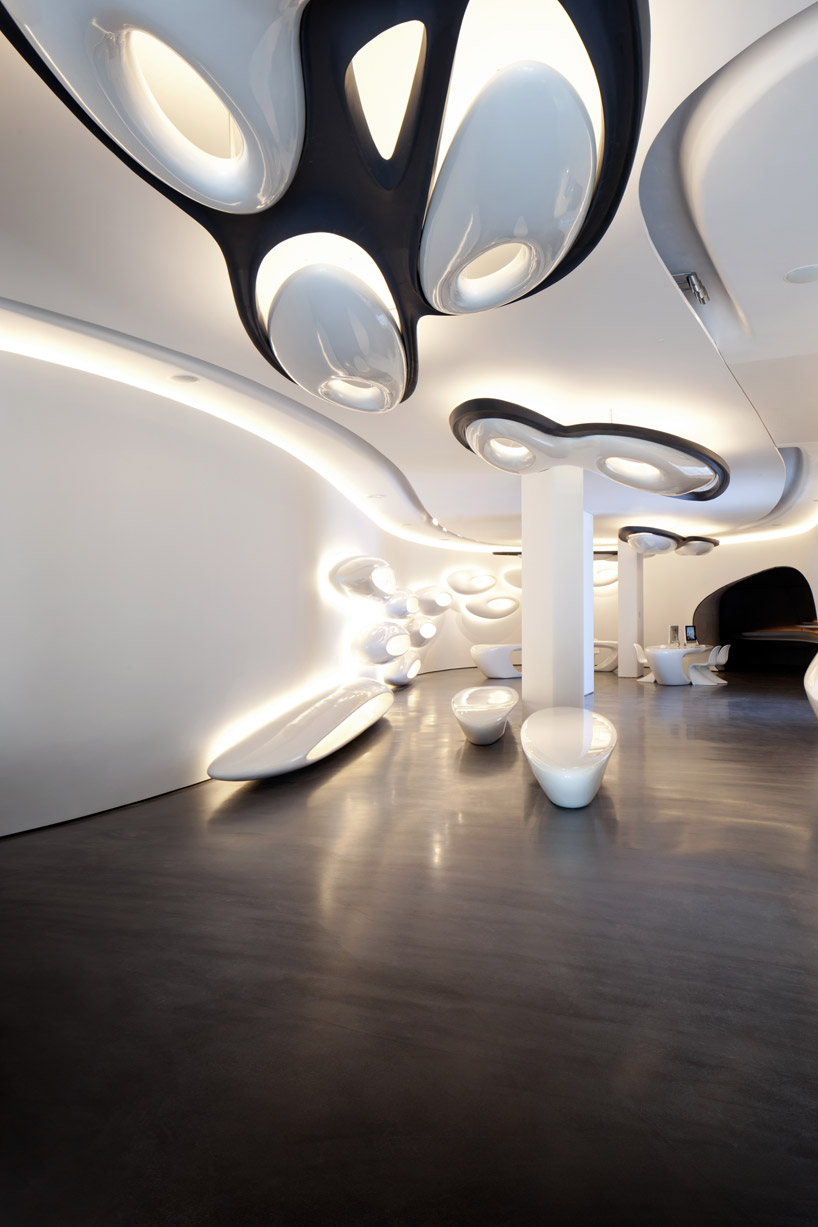 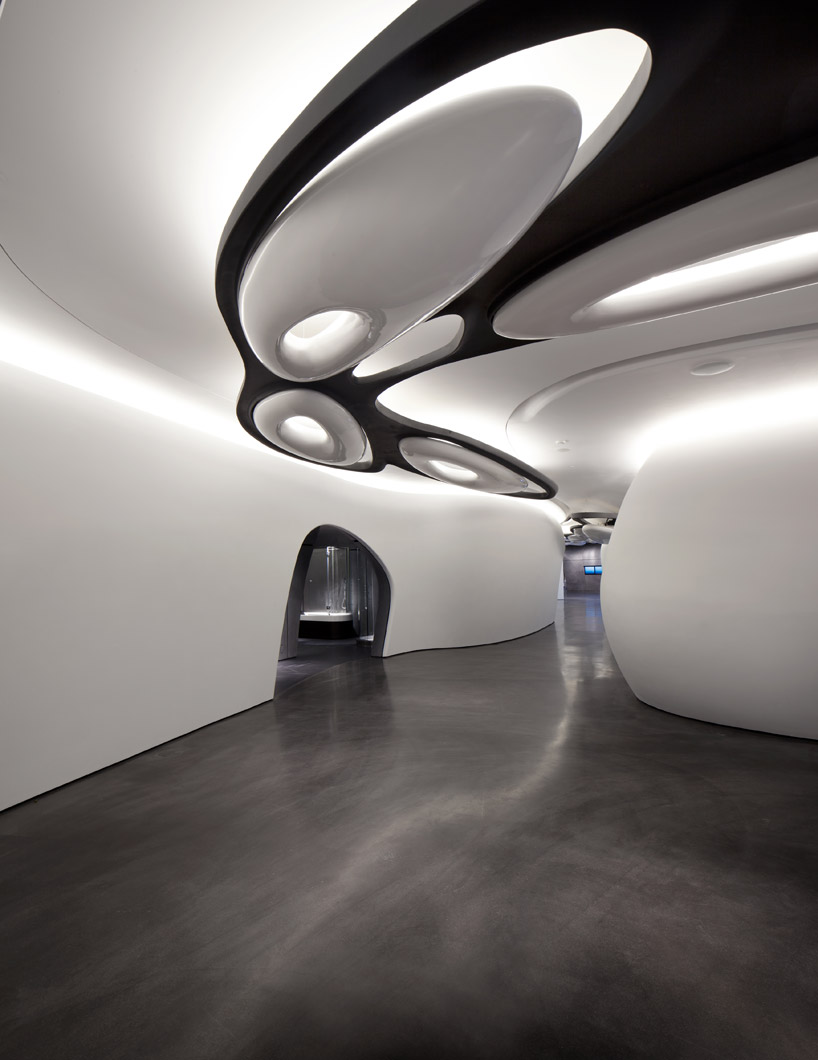 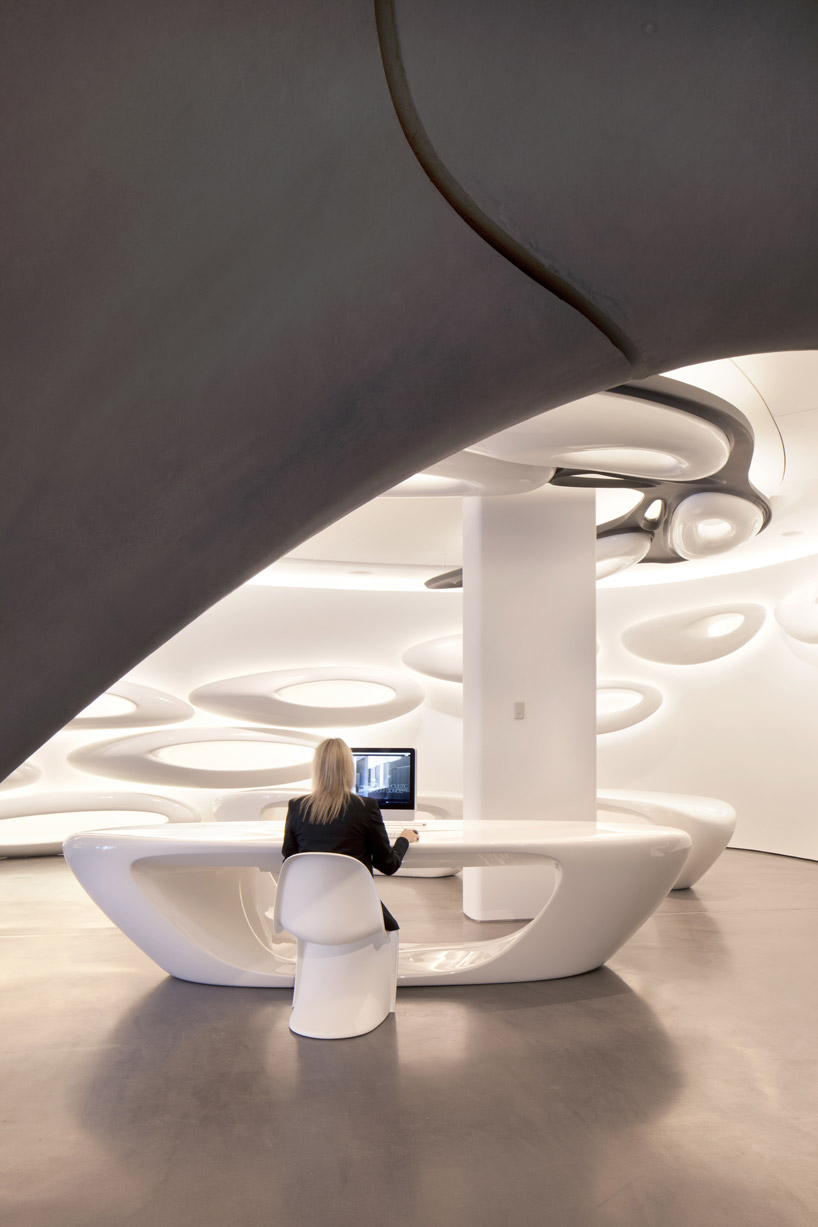 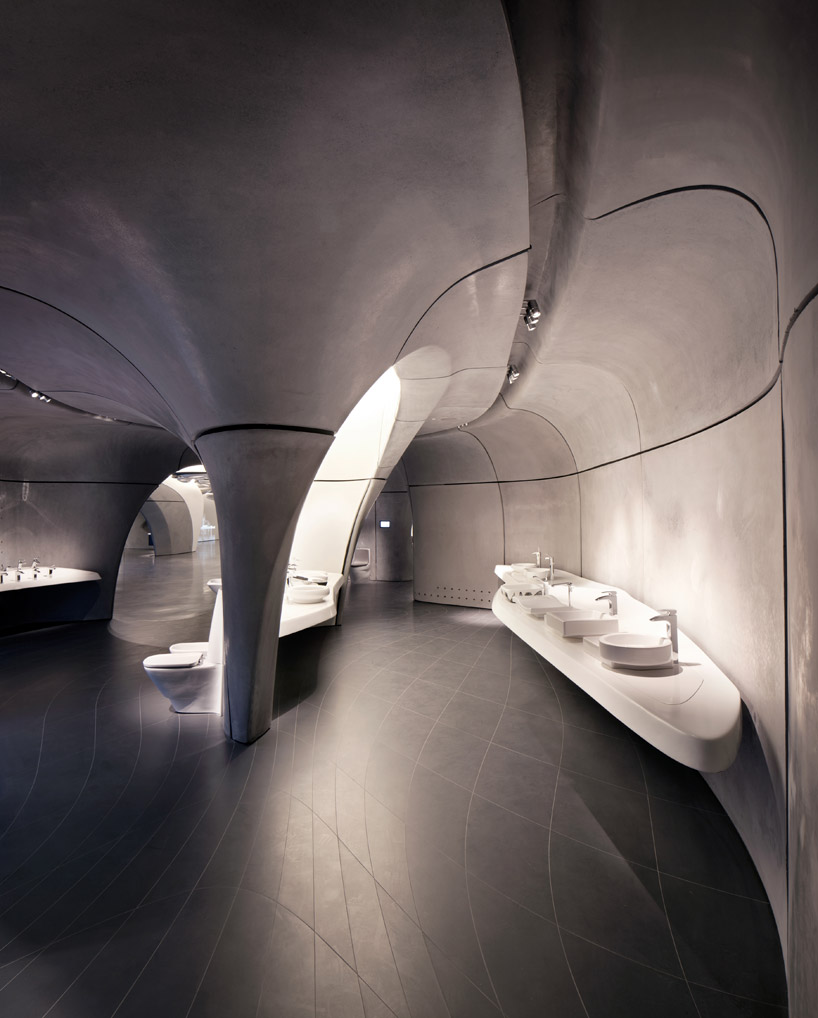 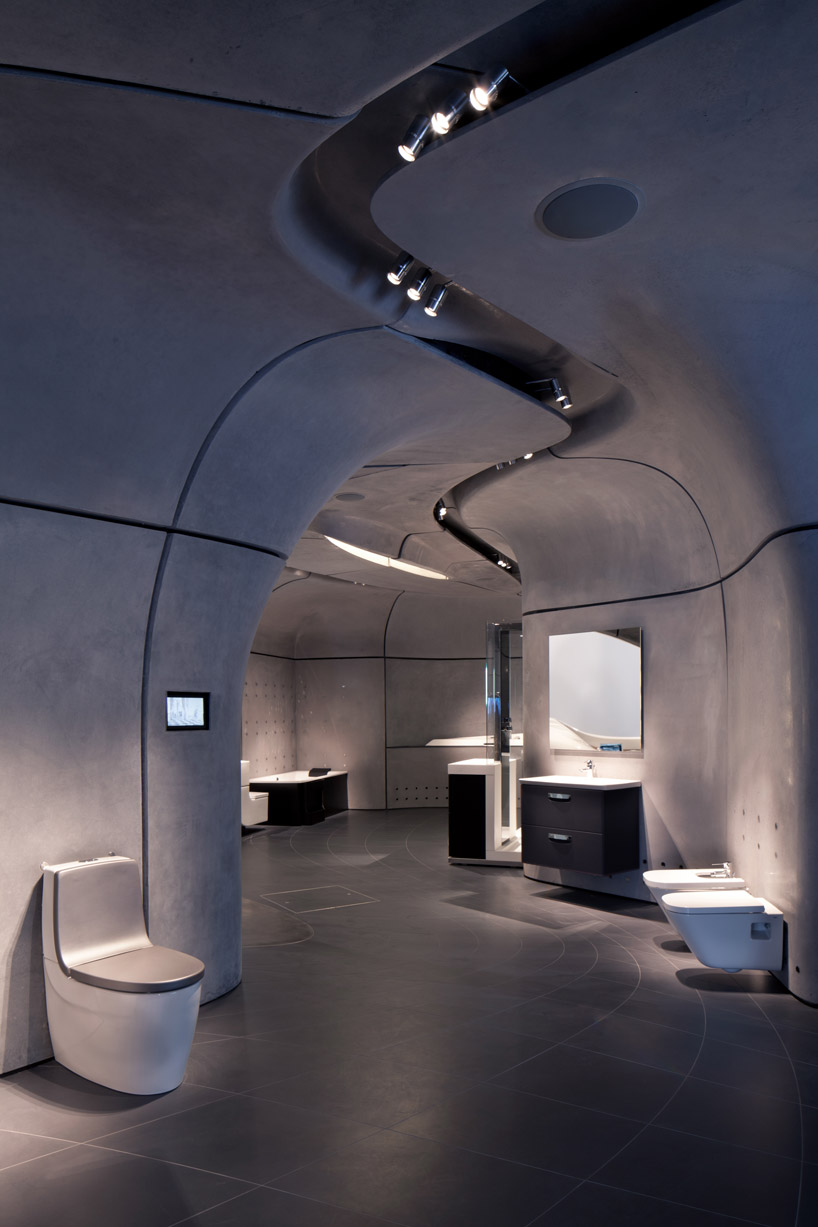 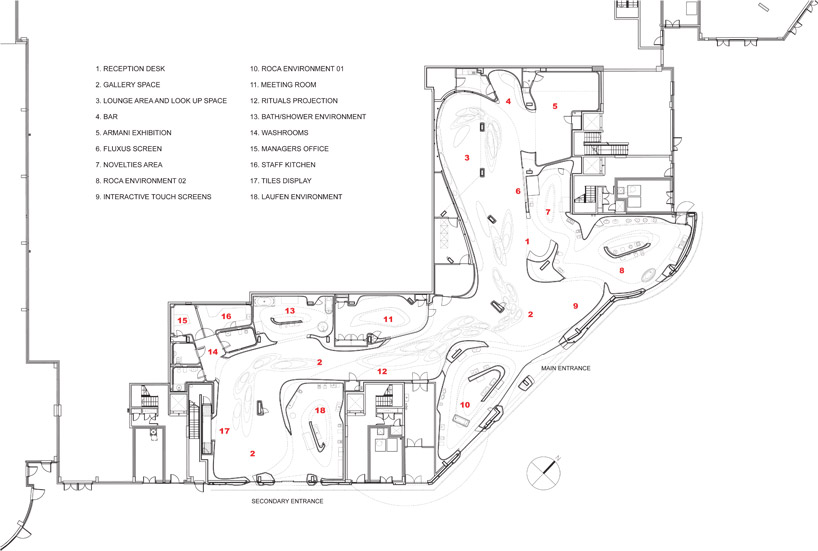