zaha hadid architects has been selected as one of the consortiums to build the new rublyovo-arkhangelskoye neighborhood to the west of moscow. the development — set to become a global benchmark for smart, sustainable cities — will include new homes for 66,500 residents, schools, medical clinics, transport infrastructure, shopping districts, and civic and cultural institutions. furthermore, the neighborhood will accommodate 800,000 square meters of office space for moscow’s growing financial, consulting, legal and auditing sectors. 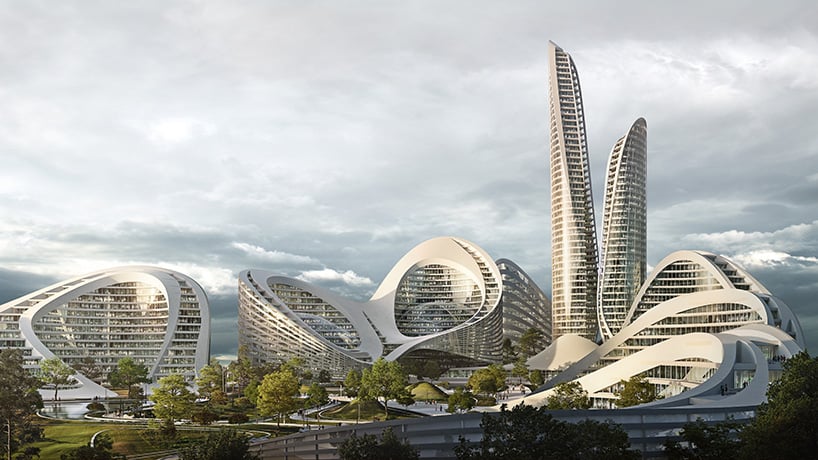 zaha hadid architects will work alongside russian firm TPO pride architects to make rublyovo-arkhangelskoye a diverse ecology of spaces for living, working, studying or leisure that promote community engagement and cultural communication.‘working with specialist teams in russia and europe, we developed a people-centric design for a smart interconnected city that brings people together not only through innovative technology but also through organizing the public realm; building a community that integrates the natural aspects of the site with principles of openness and inclusivity in high quality architecture suited for the 21st century,’ comments christos passas, project director at zaha hadid architects. 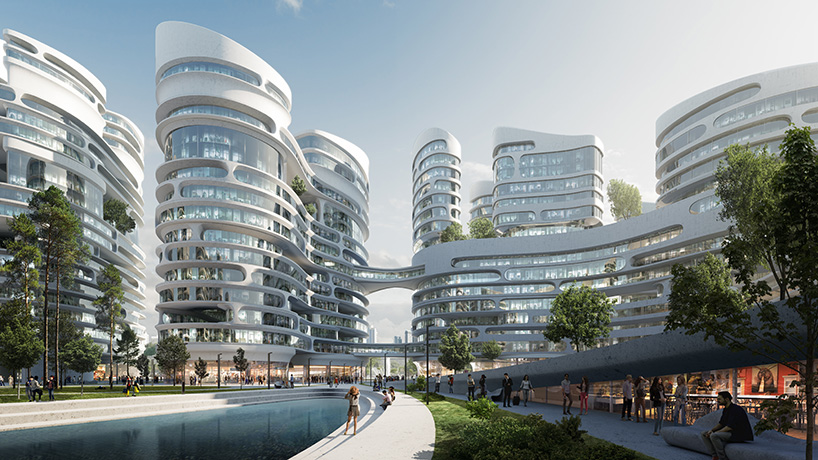 rublyovo-arkhangelskoye will be integral in accommodating the russian capital’s continued growth without increasing congestion. in total, 4 million square meters of new buildings will be developed in the area, a third of which will be parklands and forest bordering the moscow river with a lake at its center. a new metro line is scheduled to begin construction in 2020, which will connect rublyovo-arkhangelskoye with the shelepikha interchange station of moscow’s metro system.

meanwhile, the scheme intends to seamlessly integrate natural and human-made systems within an urban context of ecological technology. supported by the EDF group’s platform for 3D simulations of energy and urban scenarios, the project will optimize the consumption and production of sustainable local energy sources while integrating electric mobility, new technologies, services and infrastructure to increase connectivity and efficiencies. 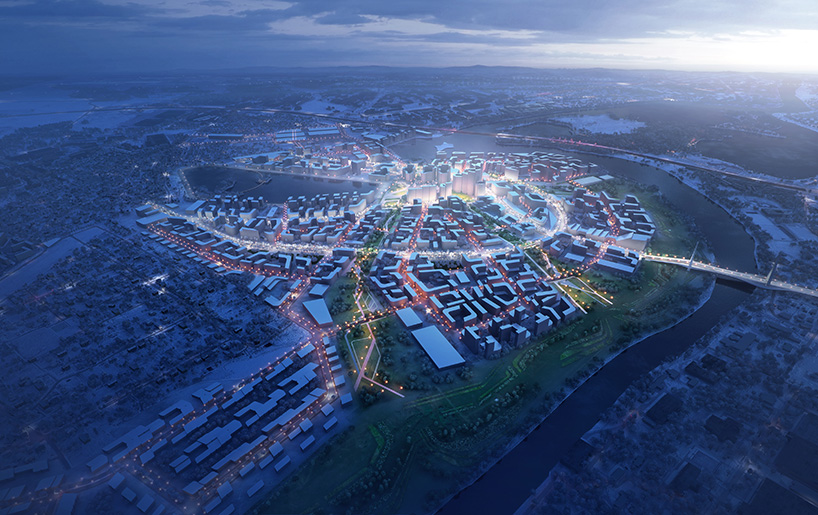 the jury of the invited competition also selected two further consortiums to develop the project: nikken sekkei from japan with UNK project in russia; and archea associati of italy with ABD architects from russia. JSC rublyovo-arkhangelskoye will continue to work with the selected parties to develop the design and construct the new neighborhood.