2013 marks the 20th anniversary of the realization of the ‘vitra fire station’, zaha hadid‘s first major built project positioned at the vitra campus in weil am rhein, germany. to mark the occasion, swarovski commissioned zaha hadid to create an installation, resulting in ‘prima’, a large-scale work which reflects the angular architecture of the building which it celebrates.

painting has informed much of the pritzker prize winner’s practice, a medium which has allowed her to experiment with form and movement quite freely, nurturing the development of the architectural language which is attributed to her today. early on, hadid explored the art of kazimir malevich, taking the warped and anti-gravitational space seen in the russian avant-garde artist’s body of work, translating concepts of fragmentation and abstraction into her built spaces. applying manufacturing technologies which are now available, hadid has been able to render the dynamic two-dimensional lines and planes on a canvas into 3D. ‘prima’ is a direct reflection of this; how a 2D sketch evolves into a workable space. it is composed of five highly polished components made from composite materials, coated in a gun-smoke metal finish. each of the angled planes weigh between 300 to 500 kg, all of can be moved into different configuration, the reflective surfaces containing seating for visitors, illuminated with LED technology. the dimensions of the installation measure 11 x 8 metres.

‘prima’ is being showcased outside of the fire station from june 12th to august 11th and will be opened by a conversation between zaha hadid and deyan sudjic, director of the design museum london hosted by the vitra design museum on june 11th @ 17PM at the campus. 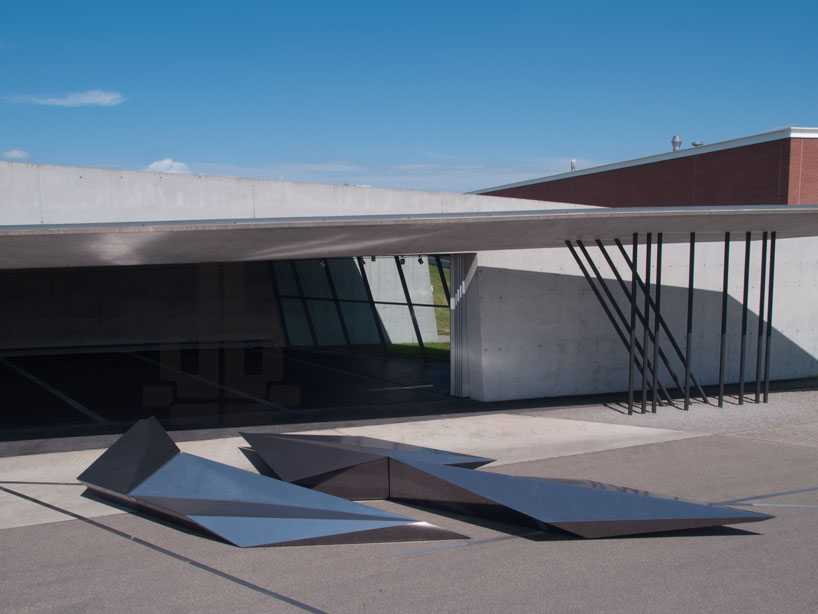 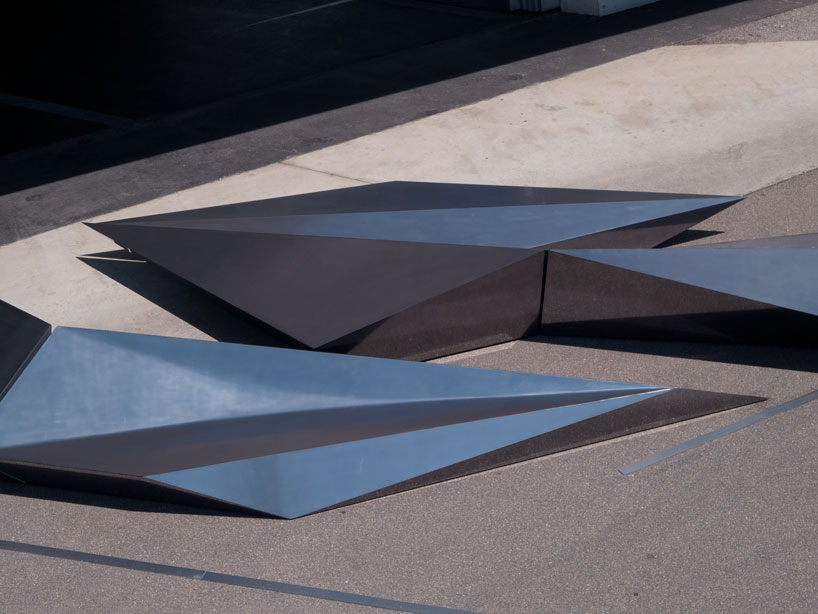 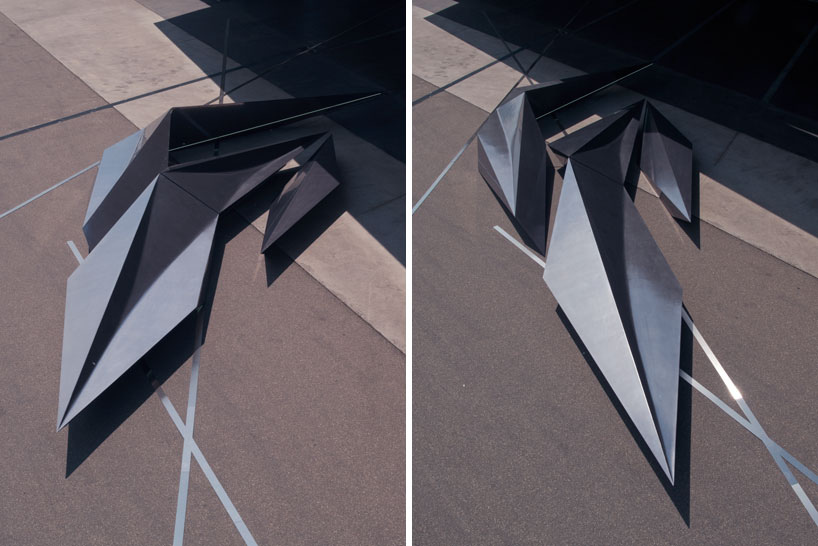 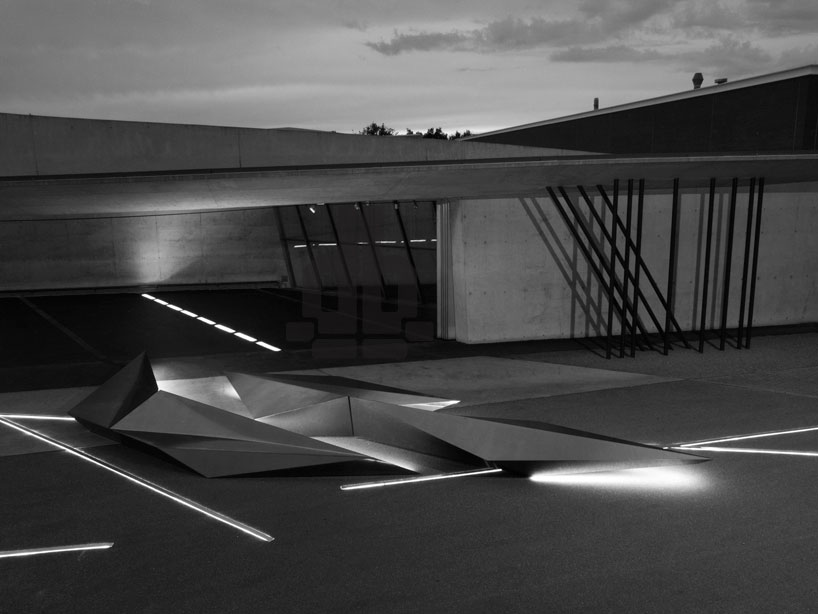 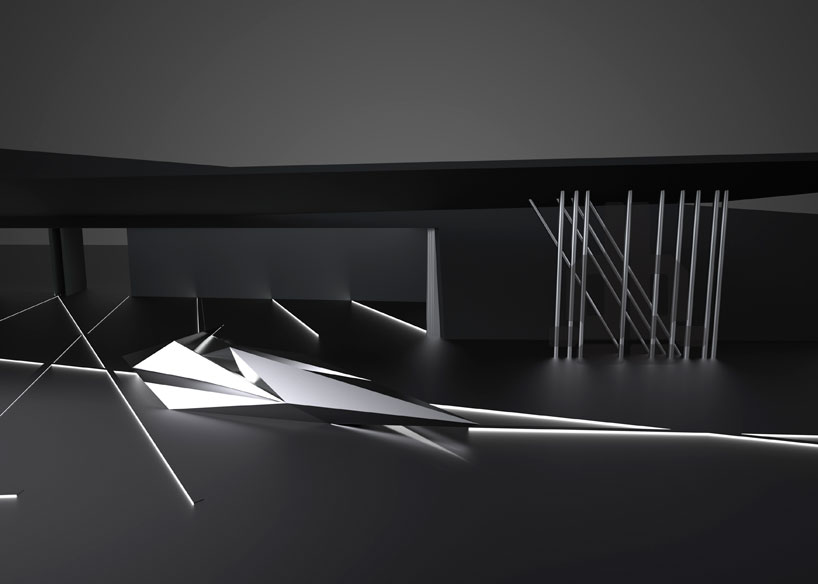 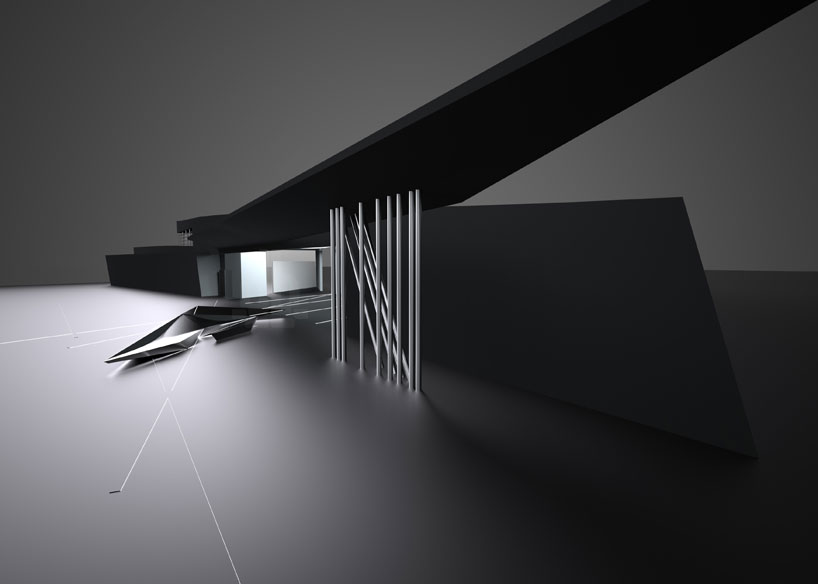 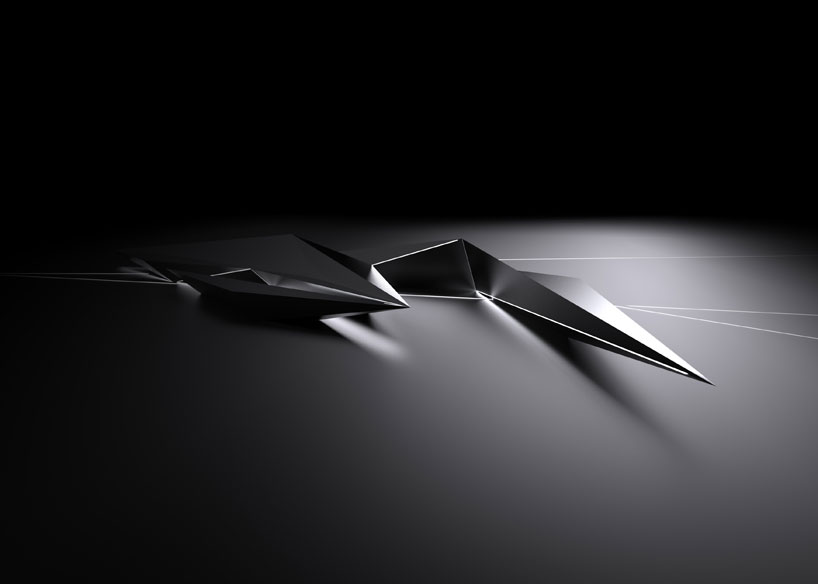 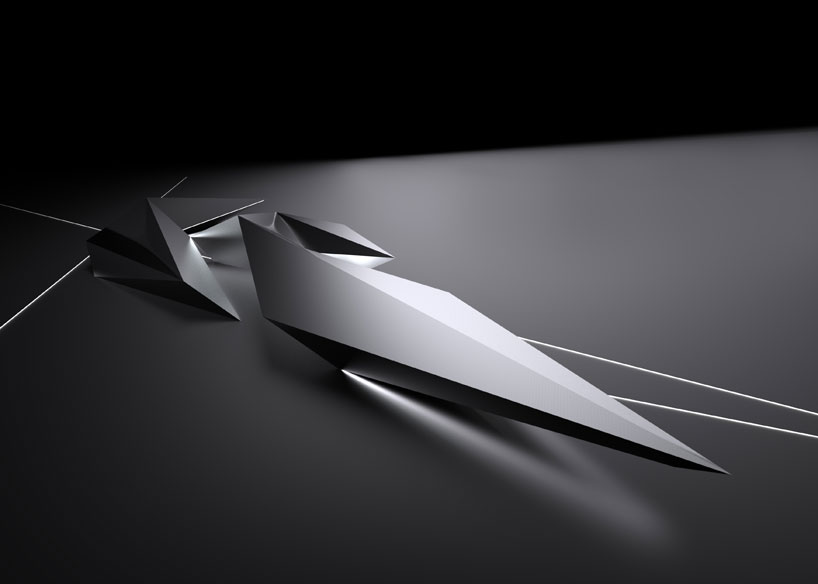 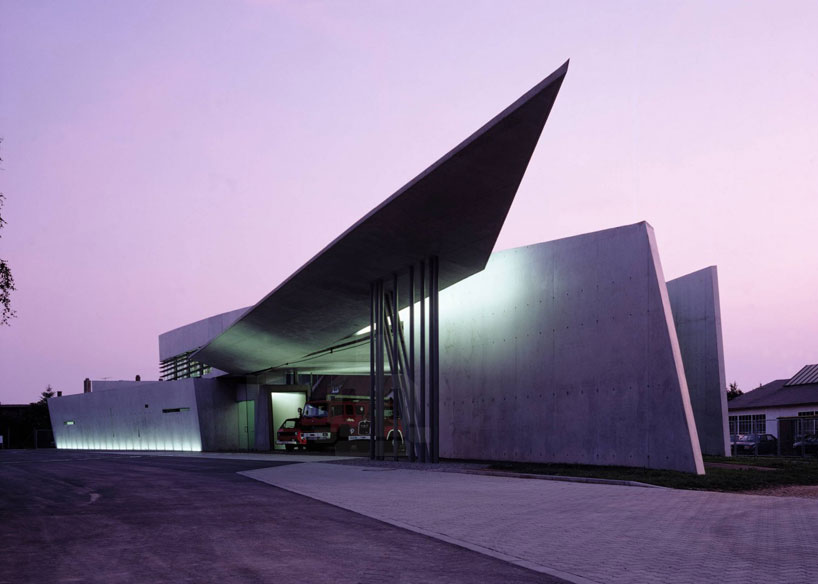