the latest iteration of zaha hadid‘s beko masterplan for the liveliest cultural quarter of belgrade was presented during belgrade designweek 2013. designboom discussed the forthcoming project with christos passas, associate director of zaha hadid architects and lead architect of the endeavor. new models and a project flythrough indicate the far reaching implications of the design as well as serve to place the sinuously curved masterplan in the greater arch of hadid’s body of work. the beko masterplan will include residential units, as well as retail and commercial spaces and five-star accommodations, formed by a series of sinuous lines which curve seamlessly over the surrounding groundscape. 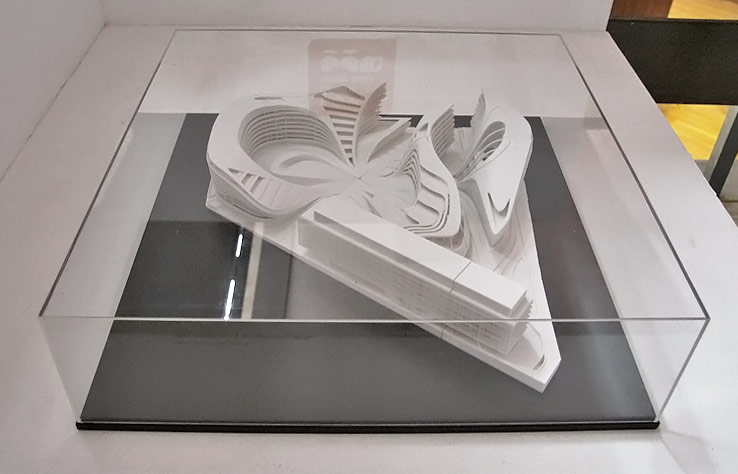 db: as zaha hadid’s first major project in eastern europe, what are some of the larger concepts that the masterplan aims for?

zaha’s original work, the deconstructivist work, was developed on the basis of analyzing constructivist architecture that was produced by pre-revolutionary architects form the soviet union, in a way, that kind of trajectory manifested as a mainstream, modern, architectural approach, and  somehow it filtered though serbia as well; and that is to say that that kind of modernist heritage that was developed during those years is somehow in context, to any thing new that happens in this country now, because effectively, the majority of the architectural work that we face ourselves today with, has something to do with the era. of course thee are previous examples such as castles, medieval structures, but there is not so many of those.

the largest idea is to be contemporary. in my presentation I talked about the idea of making space. space making is not just shaping a space, but creating a relationships within the space that maintain it, over a long period of time. and a as human species on the planet today, it is very important for us to learn to integrate nature – or at least remember how to work with nature in the artificial landscapes, and with that, create those synergies between commercial, political, or perhaps architectural, aesthetic sensibilities that allow for a kind of new intelligent city to be created. 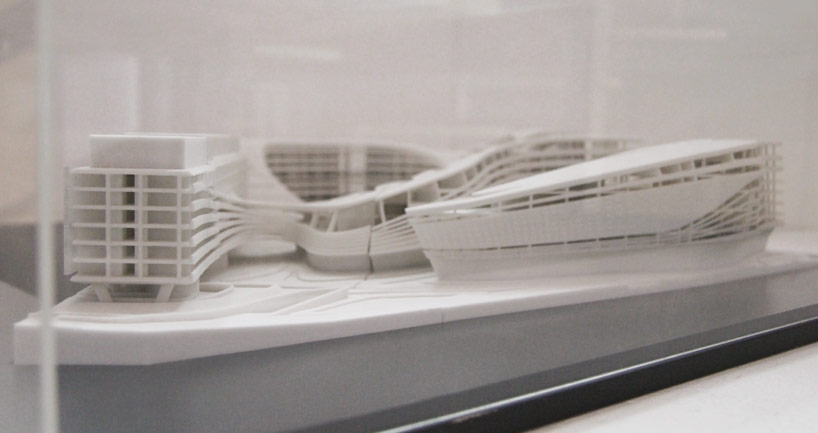 db: as the masterplan enters it’s final phases, what are some of the iterations and changes the project has undergone?

I think the project gets developed more and more, things are still in planning, and some entities will be adjusted and so on, but the general ideas that the buildings are essentially land formations, that the roof becomes ground, becomes earth, then it comes up again to become another building, and this constant transformation from one to the other, is maintained and is going to be part of the final product anyway. what we are doing now is kind of calibrating – if you like – optimizing how the design concept becomes more articulated and engineered to meet client demands and to make sure all the details are in the right place. 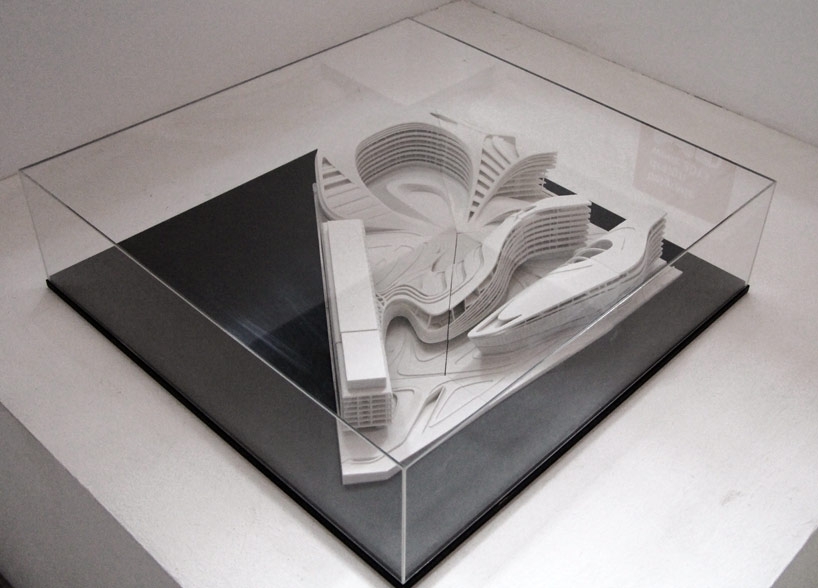 rigid orthogonality is relaxed in the masterplan
image © designboom

db: how does the project fit in the greater arch of zaha’s work?

we’ve developed a deeper understanding of the ideas that we use and that we are sensitive to in the practice. it becomes a little bit easier to be able to negotiate to adapt to how you can approach such a kind project. and i think this sites are indeed, sensitive areas and needs particular attention to how you land onto them, but also how that landing becomes a kind of an exercise integration. nobody starts a project by being completely being naive, totally being un-knowledgable about what they are getting into. I think one of the first things we also do is analyze the site, analyze the environment, to try to research what has been – today I know more from than what I knew when I started, but I make sure that those new pieces of information get incorporated into what we do. 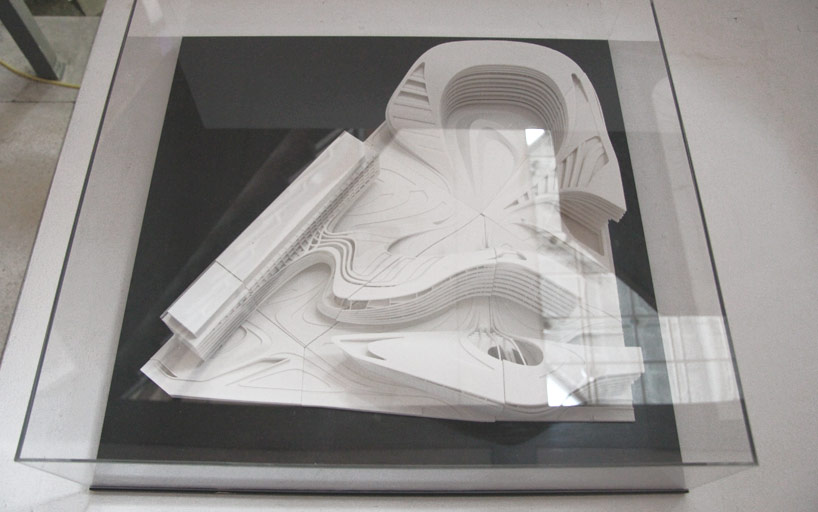 db: is the beginning of whats next to come in belgrade?

it’s catalytic, in other words, when you do a project you want it to be catalytic in the way that it kind of engages and creates attention between what was there and what you want to do with it. I think that’s a very important thing for architecture to be doing today, it’s not possible and it’s not relevant to be mainstream, to be passive, to be mellow, it has to be energetic, dynamic, to be able to engage the environment. the far reaching projections of it,  nobody can predict. you have visions, you have hopes, dreams of what it can be, but you can never clearly define it – because at the end of the day the person can finish one day- say a living building – and the worst they can hope for is to leave a design legacy behind, which will allow people to reflect themselves on it, it can create a ripple, and thats what you hope for, but at the end of the day its like a child, it will eventually have its own life.

db: what is important to consider when approaching a project both this monumental and this sensitive?

the approach or the reception like a project like this is given, it is that it is futuristic, that it is a little bit alien, that it is a little bit…something other than us, speaking from a belgradian stand point of course; because we do projects like this in different parts of the world, we also have the opportunities to see the different commonalities between people. every place believes they have some unique features, which is true to an extent, but there is also something that is equally true. that every place is the same, or similar or relative to every other place and it’s important not to forget that. it’s important not to forget that places like this are offering one vision – like say belgrade, or other cities want to achieve in the future – but we are just here to help shape that vision, we are not here to produce something that is alien, that is irrelevant. we believe that it should be relevant, it is relevant, if for no other reason, because it allows us to reflect on each other and no understand better what we are. 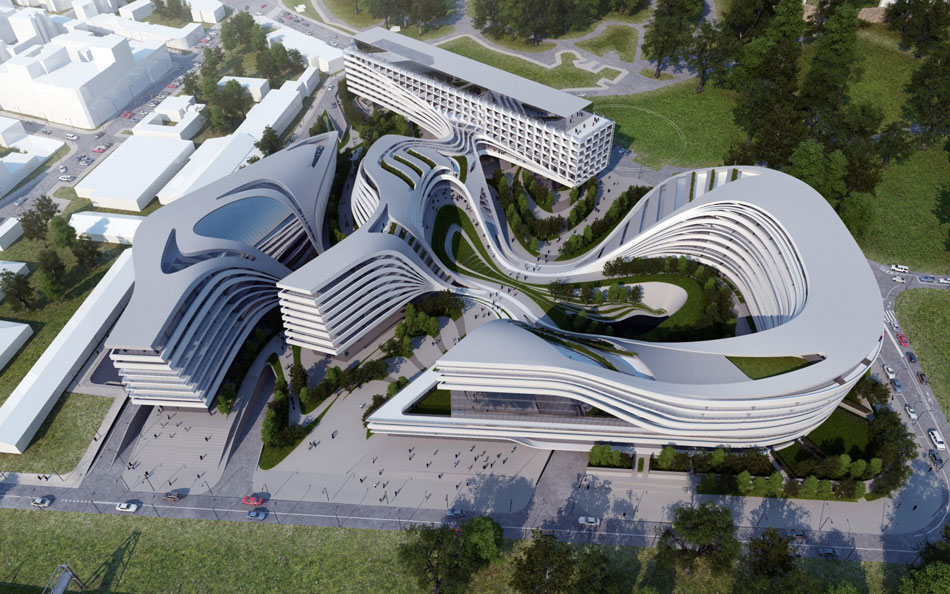 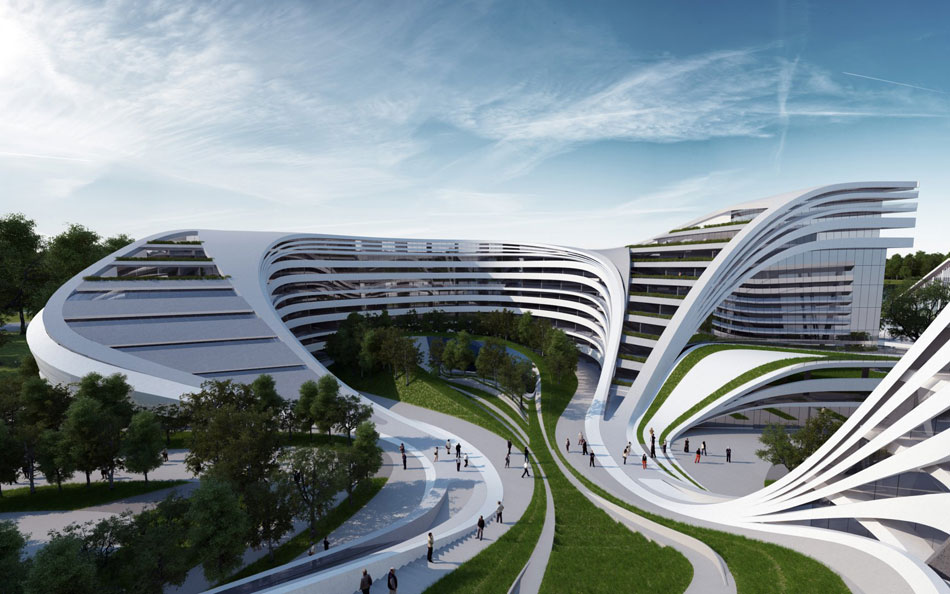 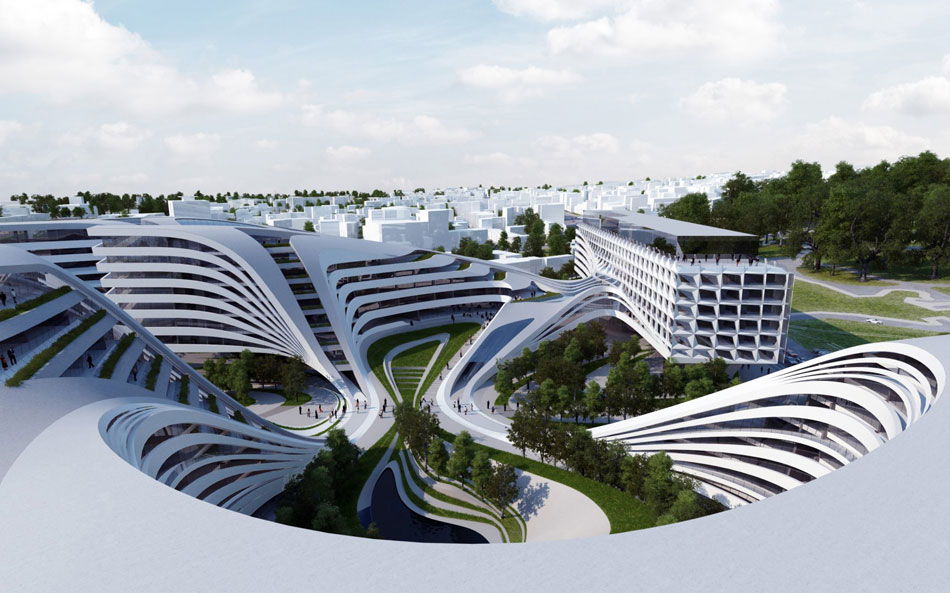 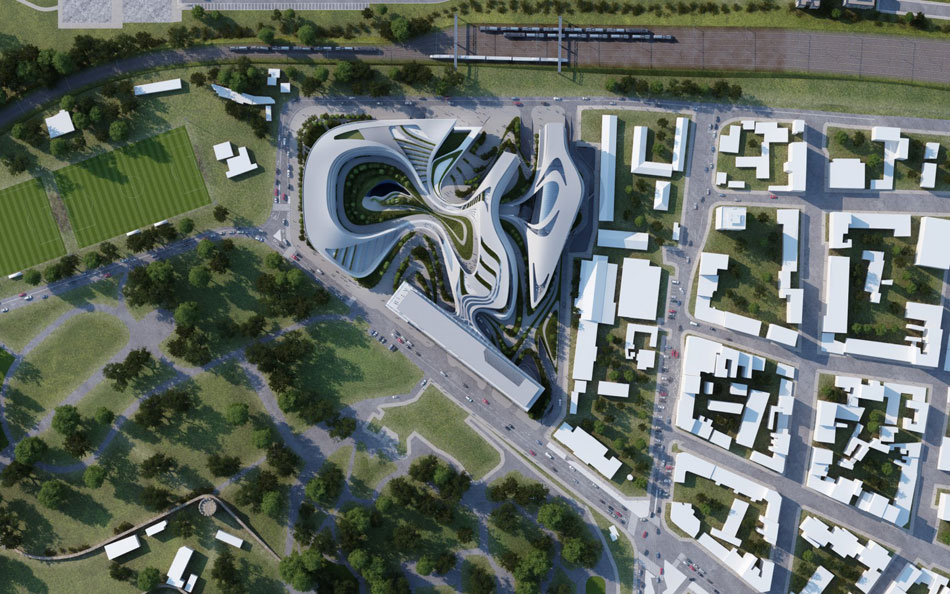 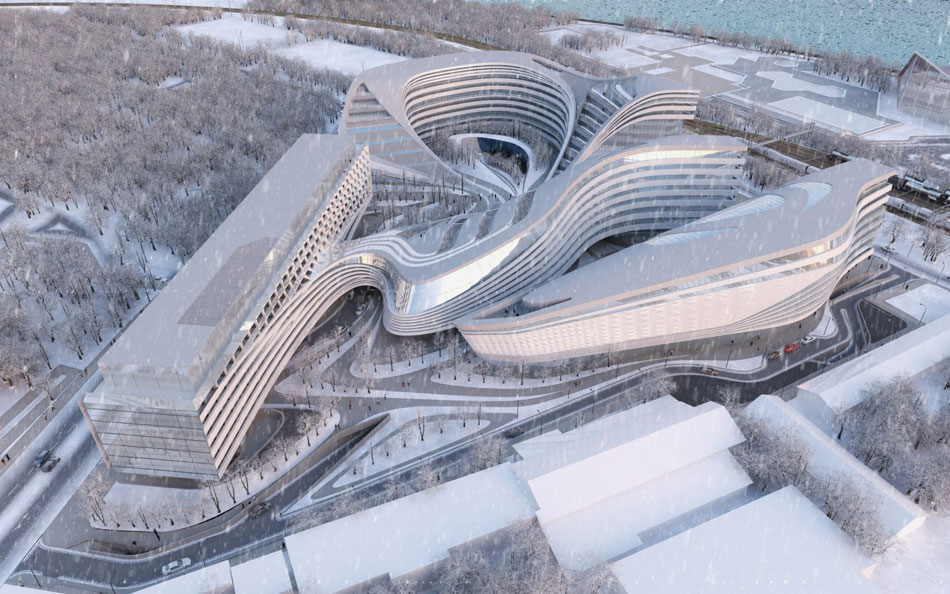 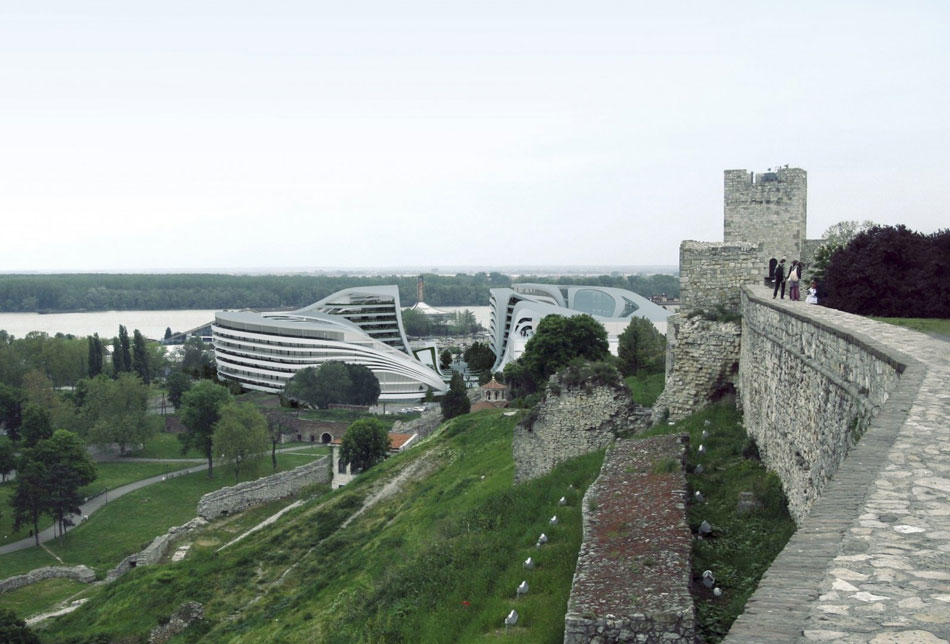 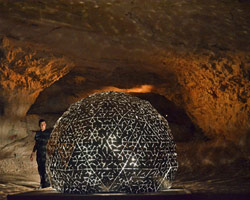 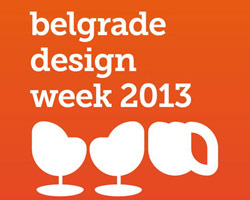 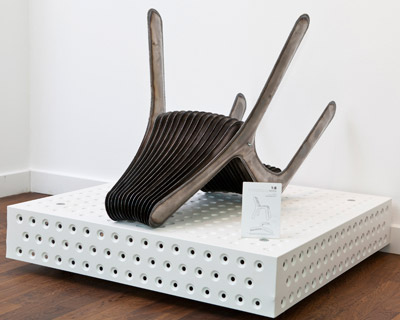 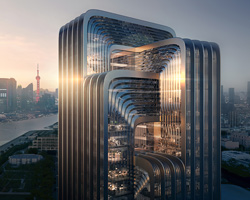 ×
keep up with our daily and weekly stories
505,994 subscribers

keep up with our daily and weekly stories
505,994 recipients