focusing on social issues in mexico, architectural photographer zaickz moz presents ‘non-social interest’ – a collection of images depicting the rear elevations of housing settlements in the district of tecámac. the photo essay portrays the action of the inhabitants who, through self-construction, overlapping levels and changing the original building, have adapted their homes to their needs without a construction plan or any concern for safety standards. 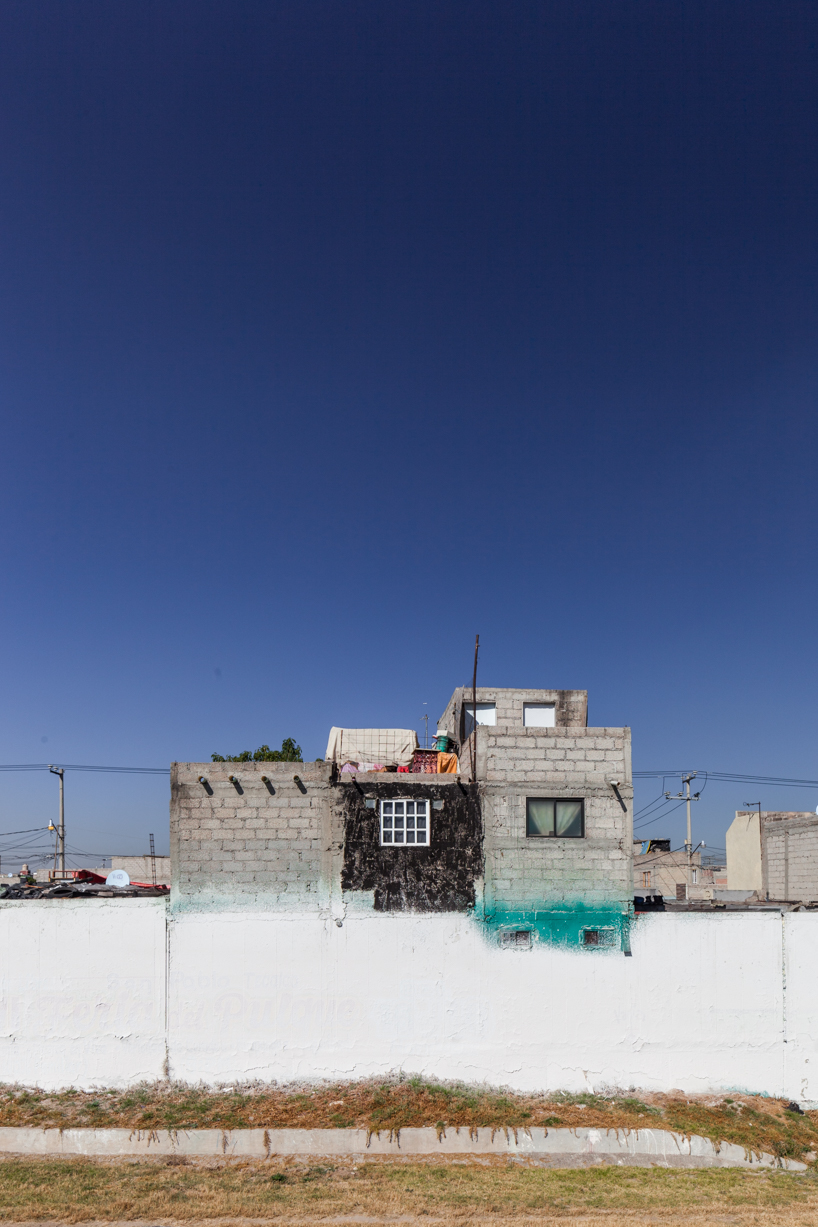 in 2005, the government of the border state of mexico city – estado de méxico – launched a program called ‘bicentenary cities’, which proposed careful land-use planning and the creation of a state structure for key population centers. one of the centers selected was tecámac. however, neither the state or the private developers fulfilled their commitments of establishing an urban settlement with sufficient services, medical, educational and recreation areas. the explicit aim of building a model city, self-sufficient and well-planned, got lost between the change of governments and the uncontrolled growth of housing. the people tecámac were left to their own devices and the result of the unplanned construction has been captured by moz. 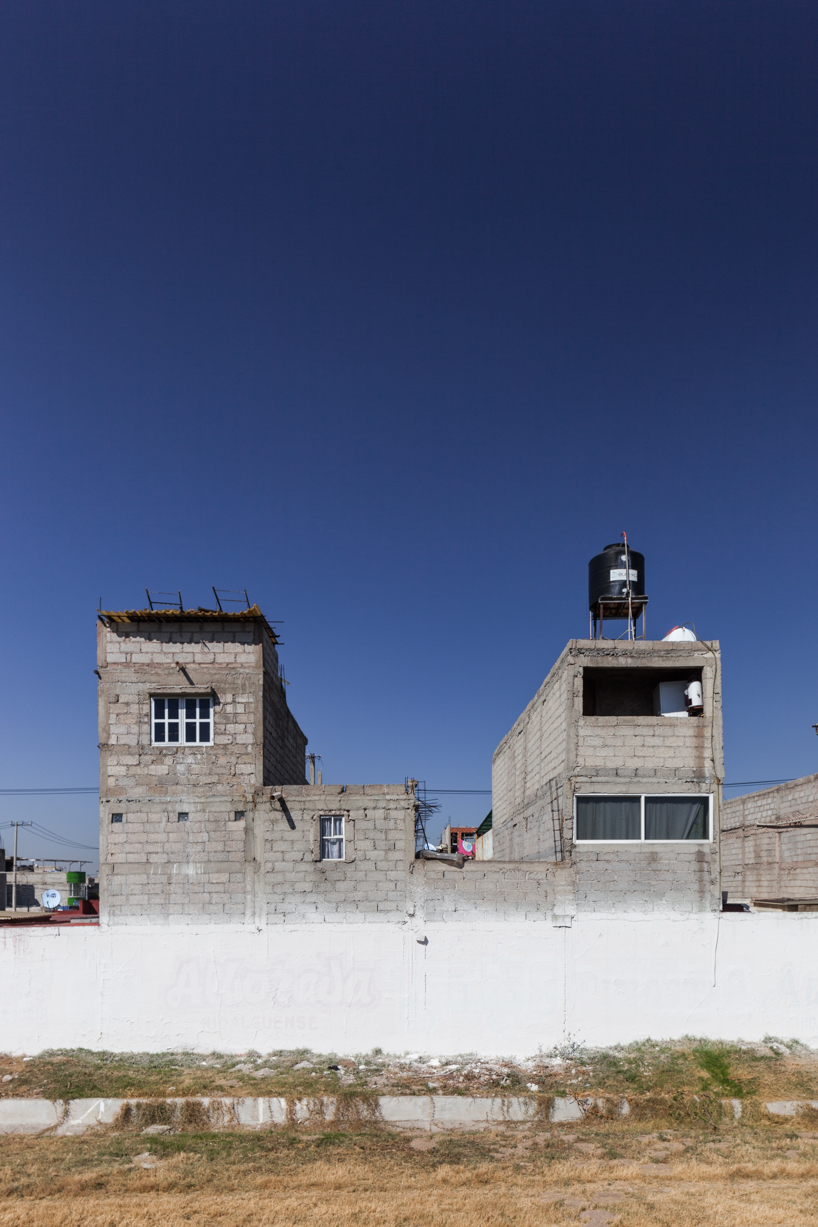 the haphazard vertical expansion, variation of materials, exposed stairs and security fences captured by moz becomes an architectural language in itself. from the exposed type of construction, viewers can see how spaces have been built as and when residents required the extra room. ‘non-social interest’ notes the consequences of neglect and how inhabitants eventually build for themselves, taking charge of their own welfare and turning their backs on public order. 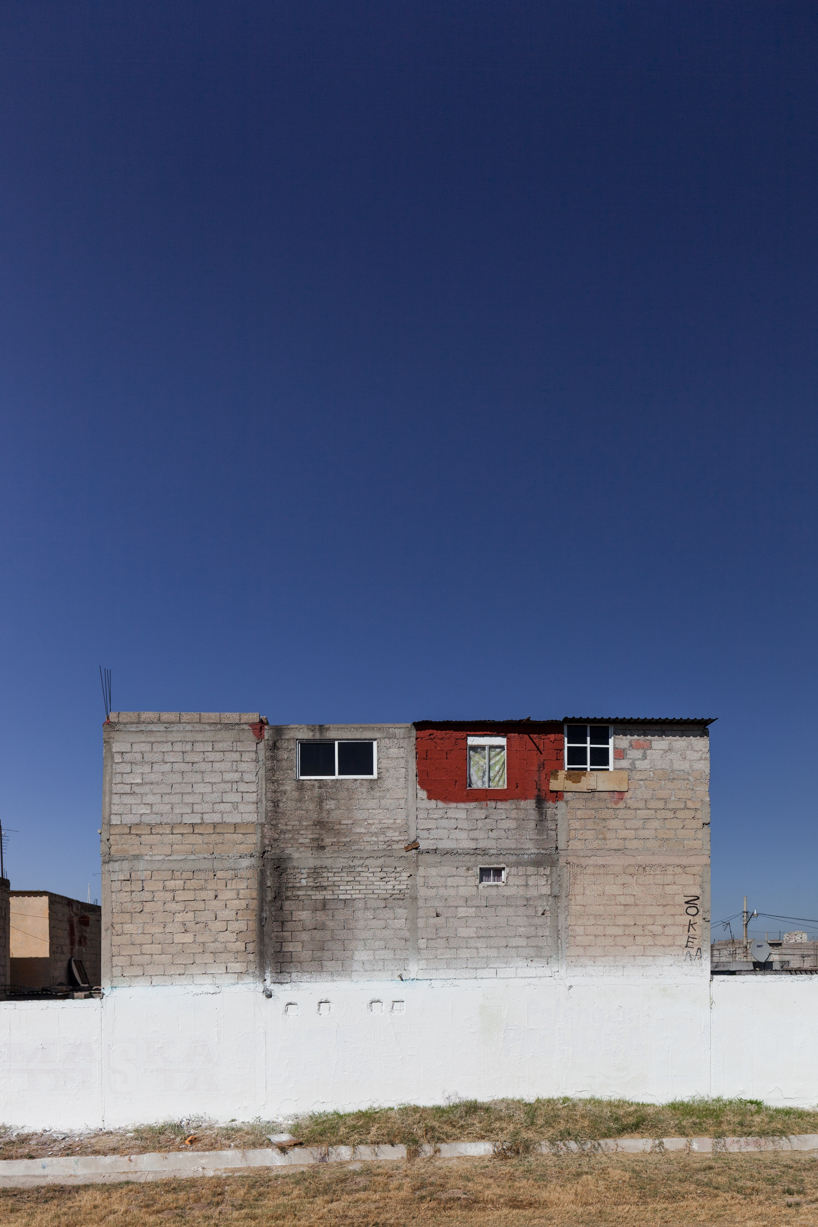 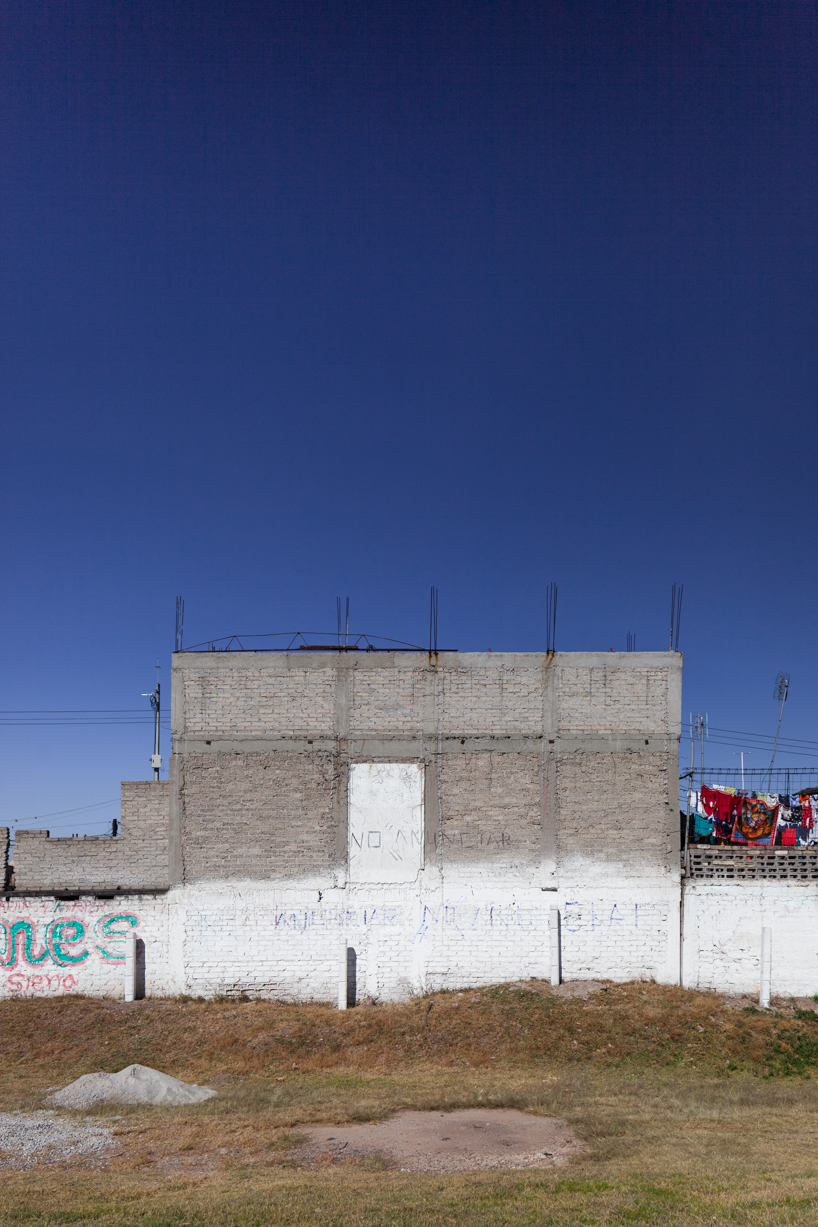 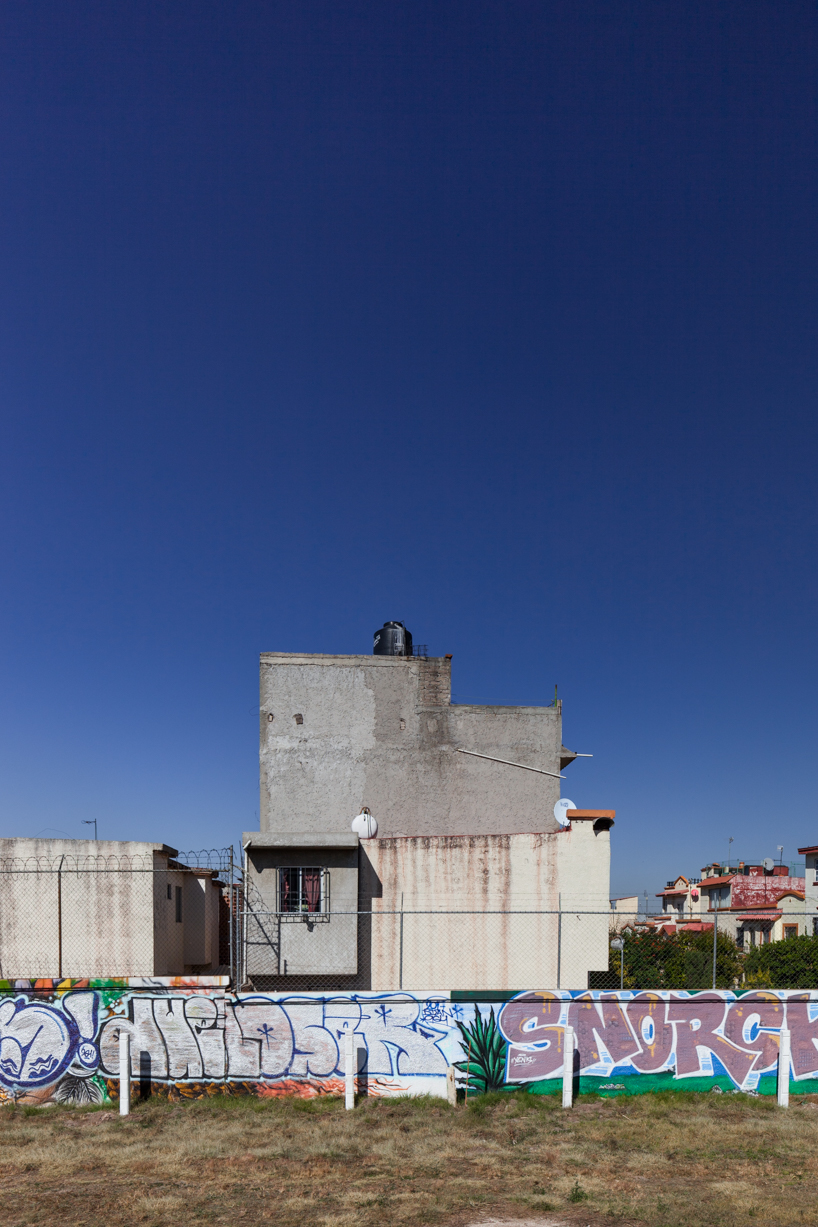 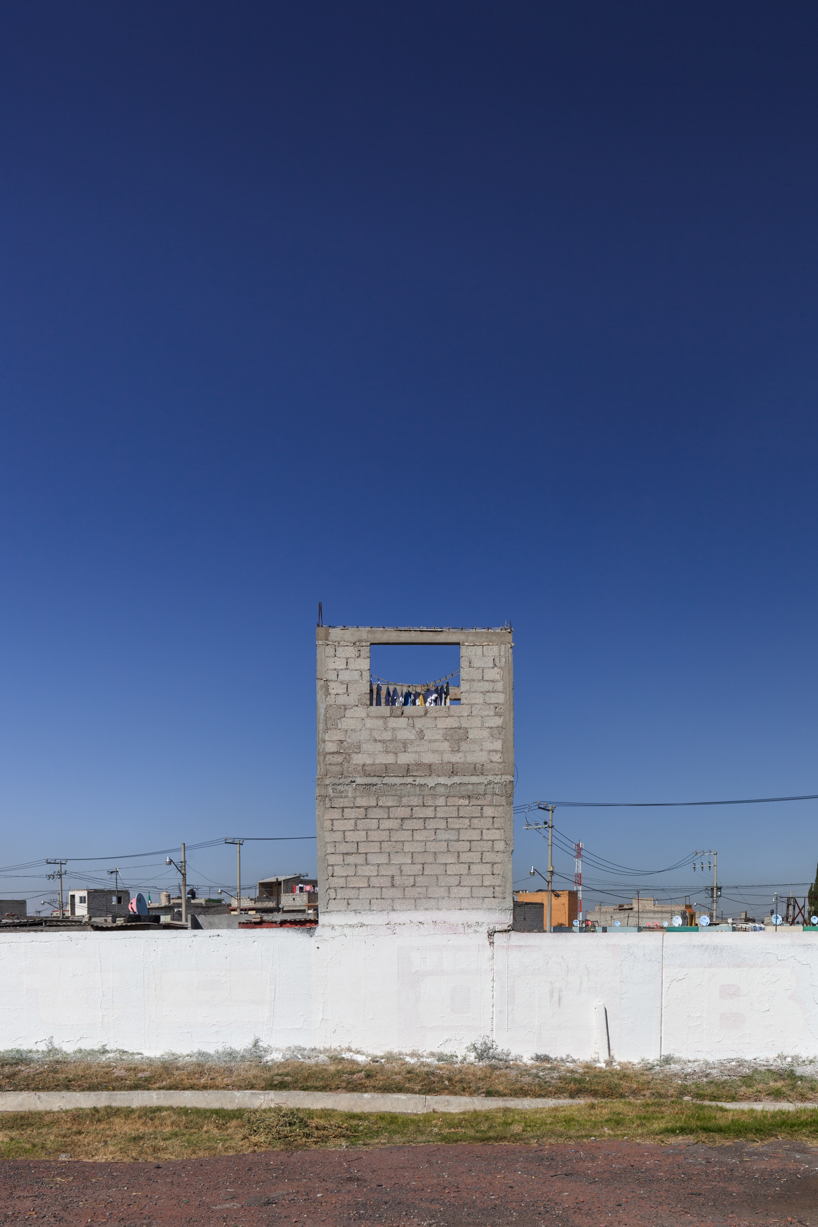 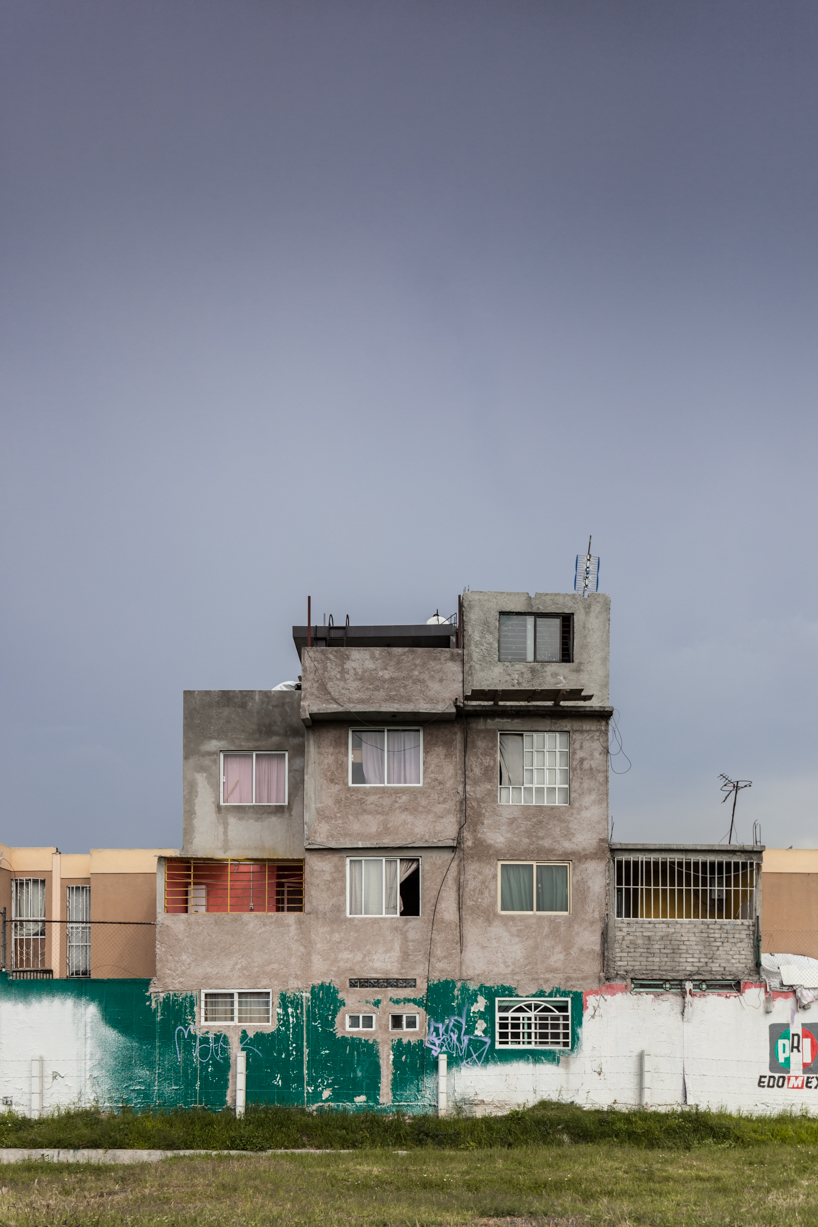 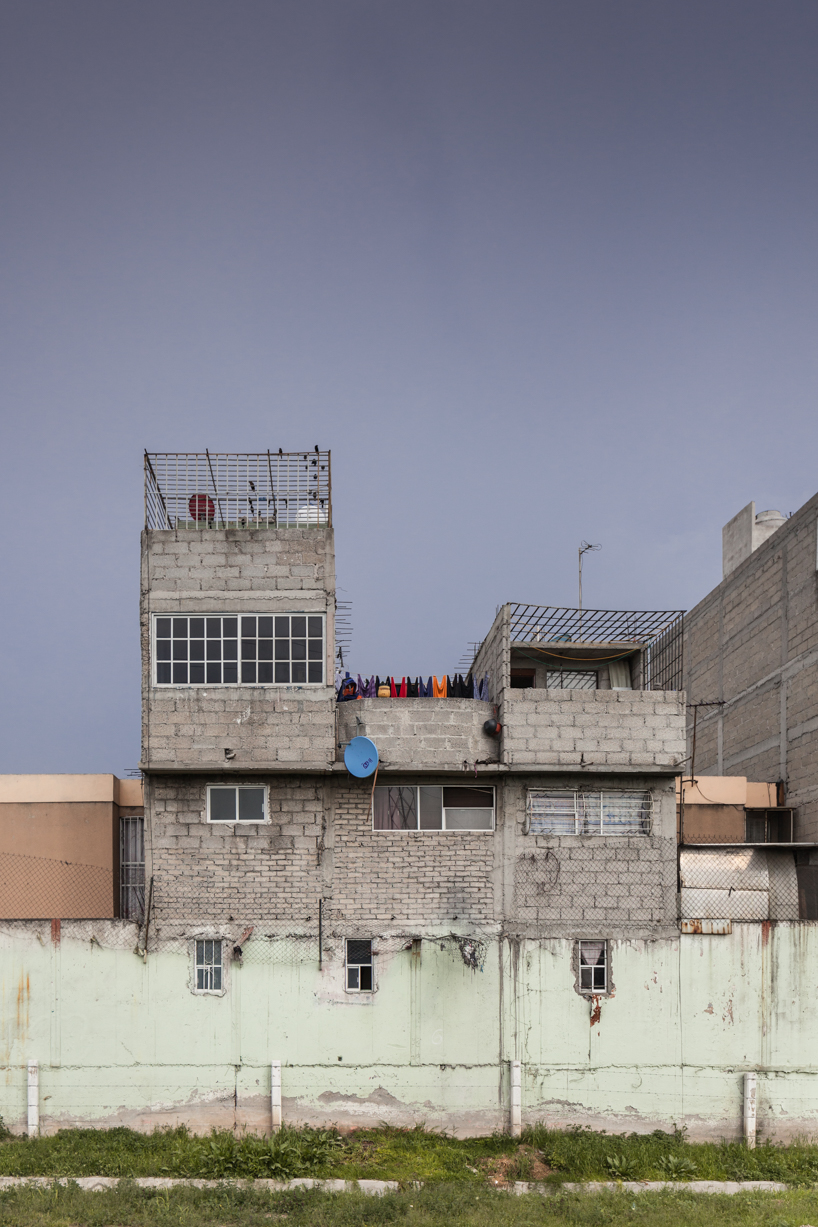 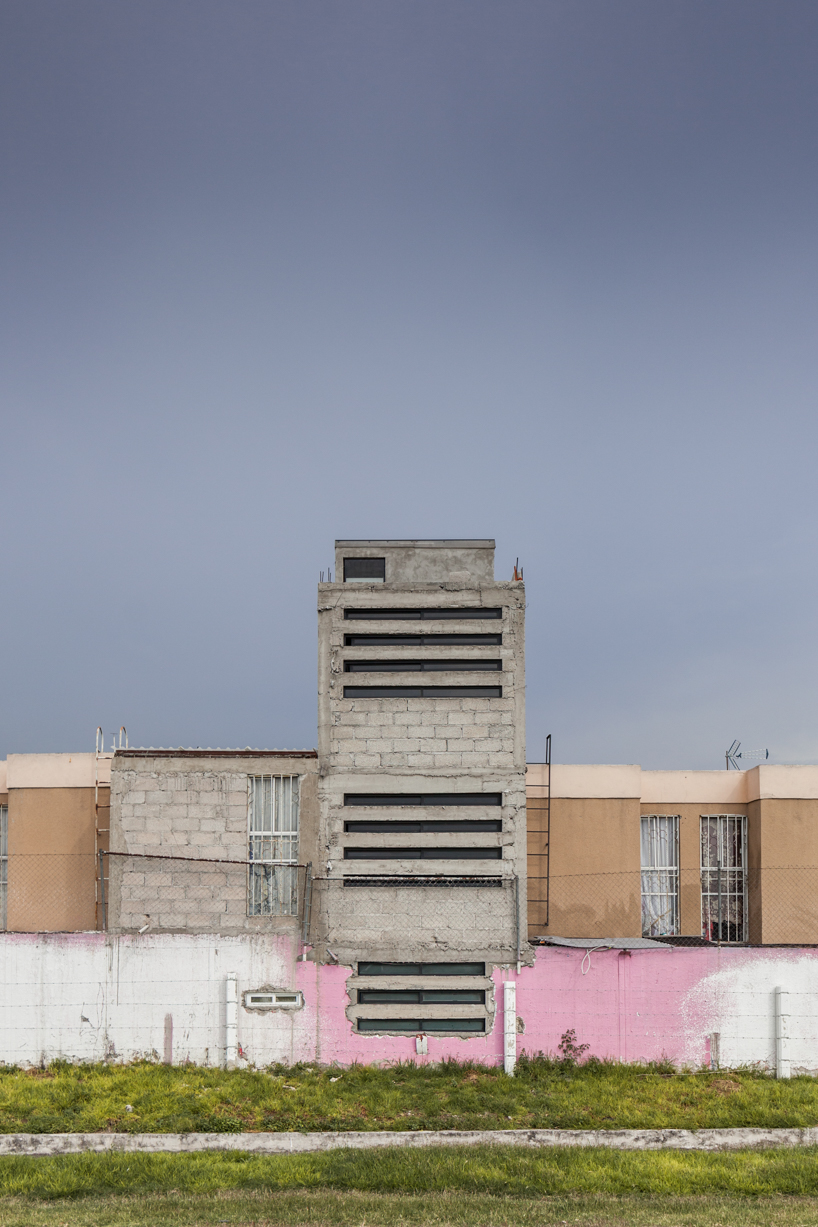 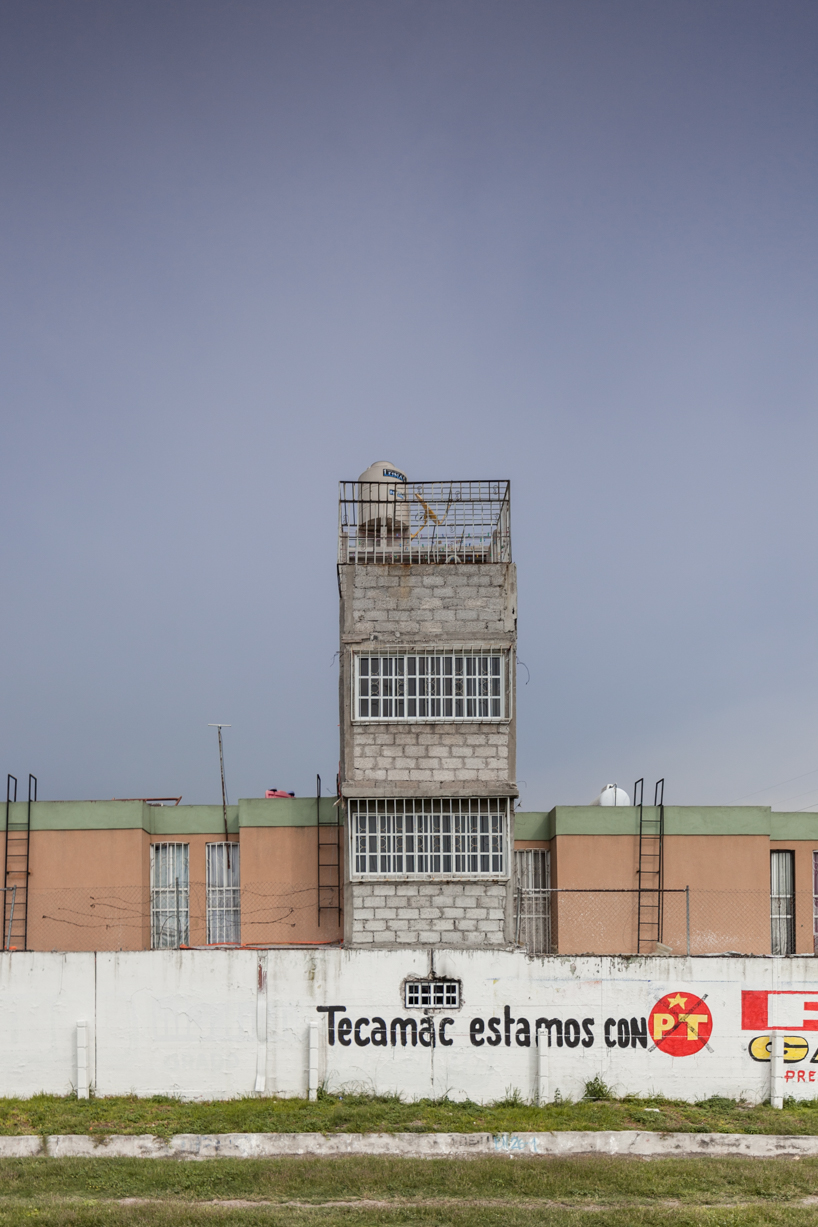 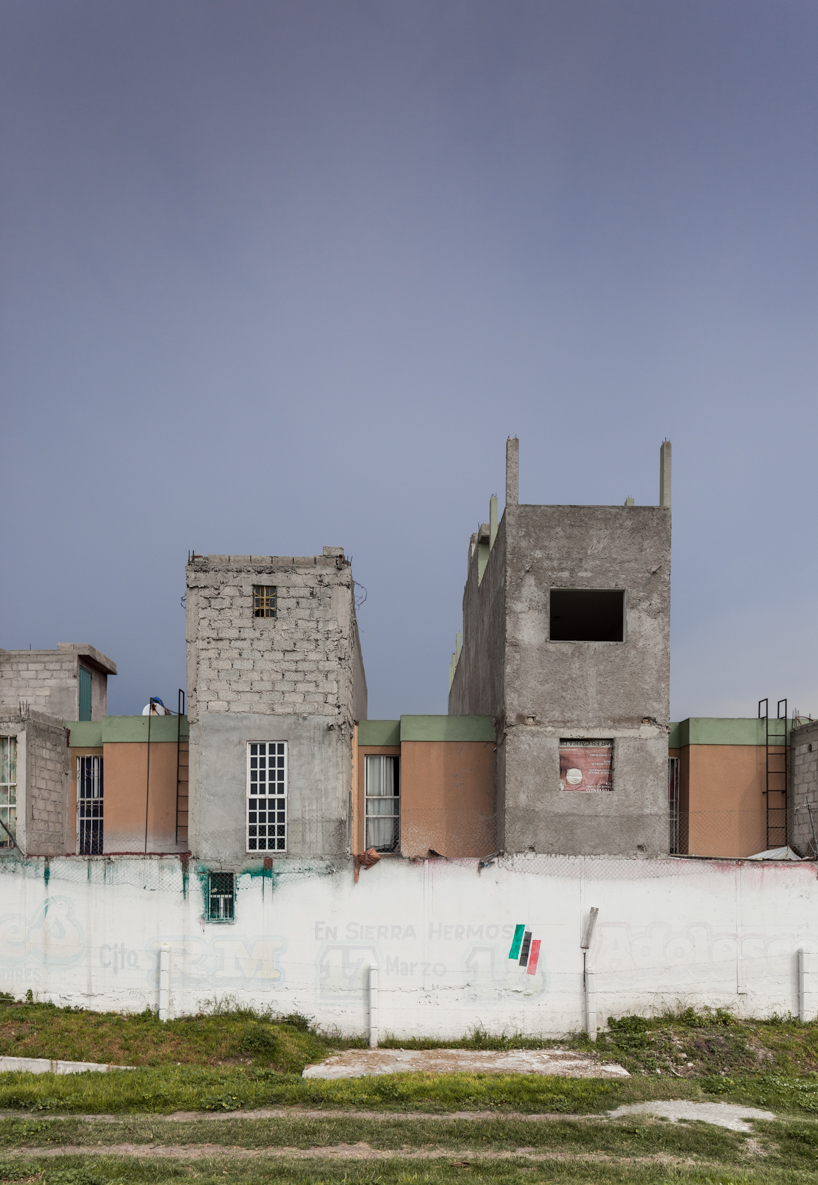 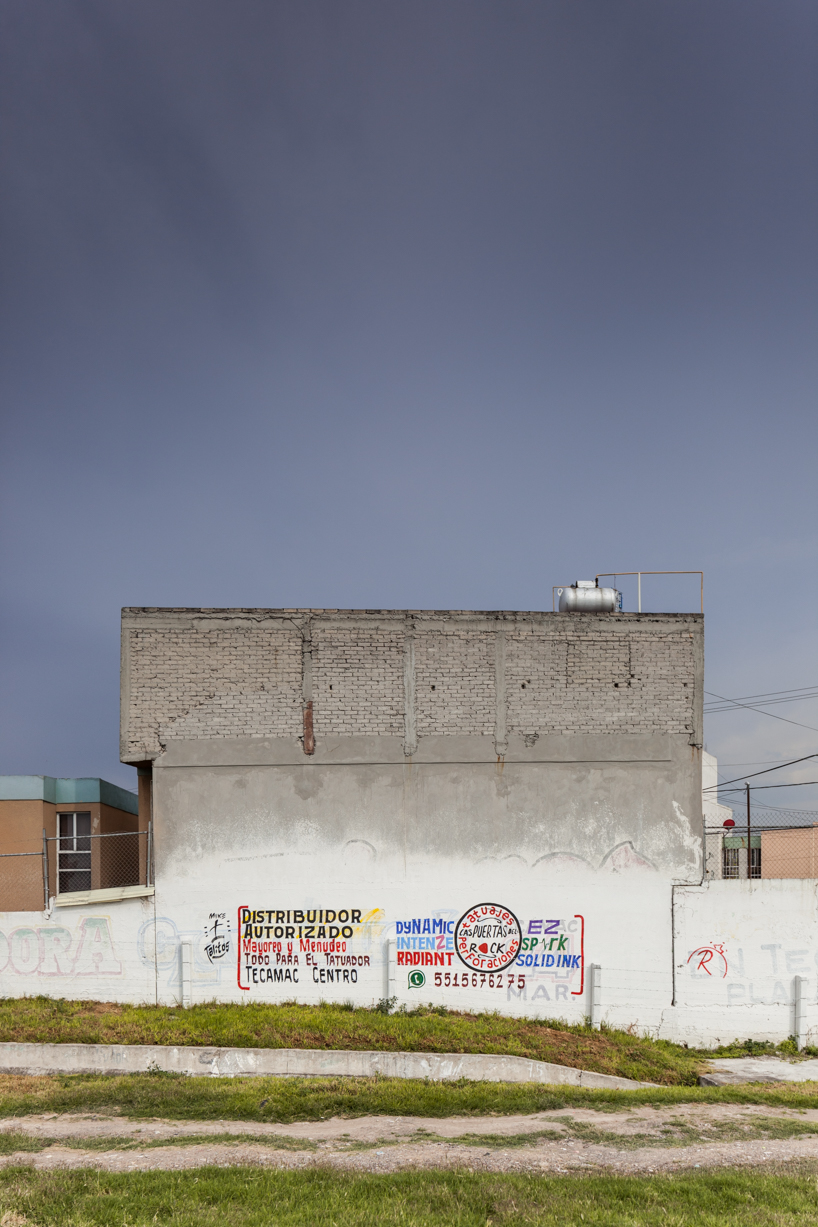