while the venice biennale just began, the 2008 zaragoza architecture expo came to a close on september 14th. the spanish city of zaragoza held an architecture exhibit of its own featuring a number of star architects. being set in spain, one of the expo’s most important buildings was the spanish pavilion designed by francisco mangado. the building lived up to its important stature with a structure composed of clay columns recalling a greco-roman temple. 750 columns in total made up the intricate structure and supported the shading roof above. inside exhibition spaces made room for displays. some of the columns were even balanced on shallow pools of water. architectural record even named it one of the best two buildings at the expo.

architecture from the expo zaragoza 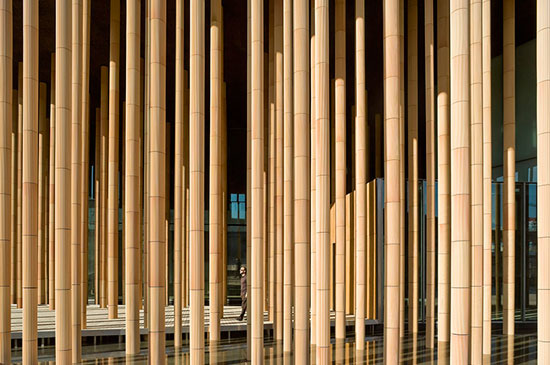 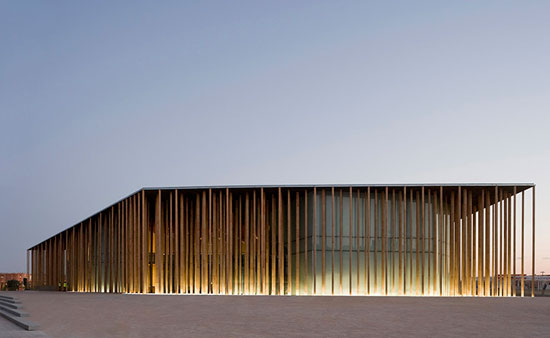 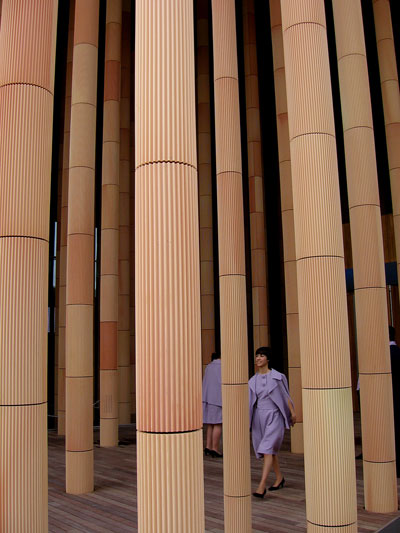 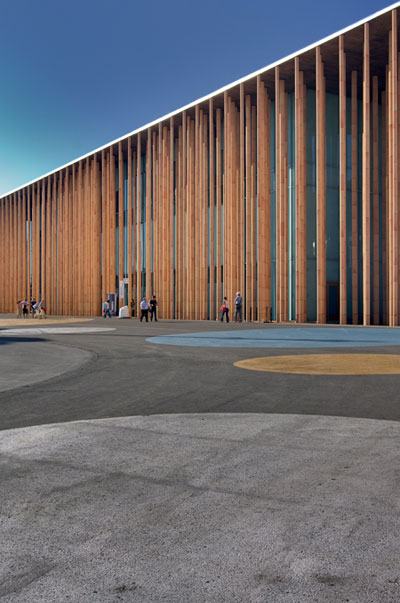 Oct 23, 2021
'a dome' pavilion is shaped after the monumental niche of a spanish cathedral
the temporary installation appears to float in front of the cathedral of santa maria de la redonda in logroño.
architecture
247 shares
connections: +730