hormuz island, located on the persian gulf, is economically stressed out and has a history of consecutive failures when it comes to environmental issues. ‘hormoz red soil’ has long been an issue of tension and the matter has been and still is perceived by many locals as plundering of their island’s natural resources. ZAV architects’ long cultural center has entered the island in 2014, but with a sad end, people in hormuz burned some parts of his construction. 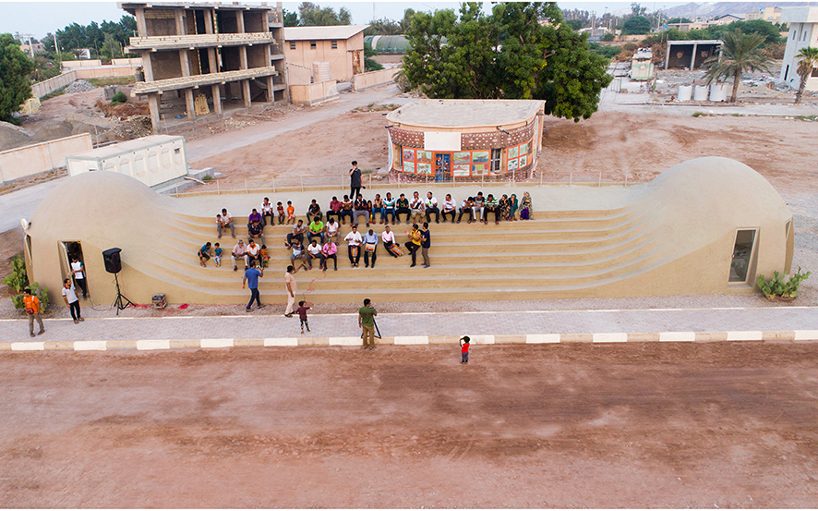 due to limitations of resources, a participative process had been set up. afterwards, a multi-disciplinary brainstorming workshops was held by ZAV architects and ‘presence in hormoz’ as an over-arching vision was further developed to a set of strategies and tactics of an intervention plan. the first series of project that were planned, based on environmental, self-sufficiency, and simple implementation features is going to target hormoz’s tourism infrastructure: a community center, a tourist information center, a passenger station, a series of bicycle rental stations, cafes and restaurants, a waste recycling management center, a variety of tourist accommodation centers, multiple urban public spaces. 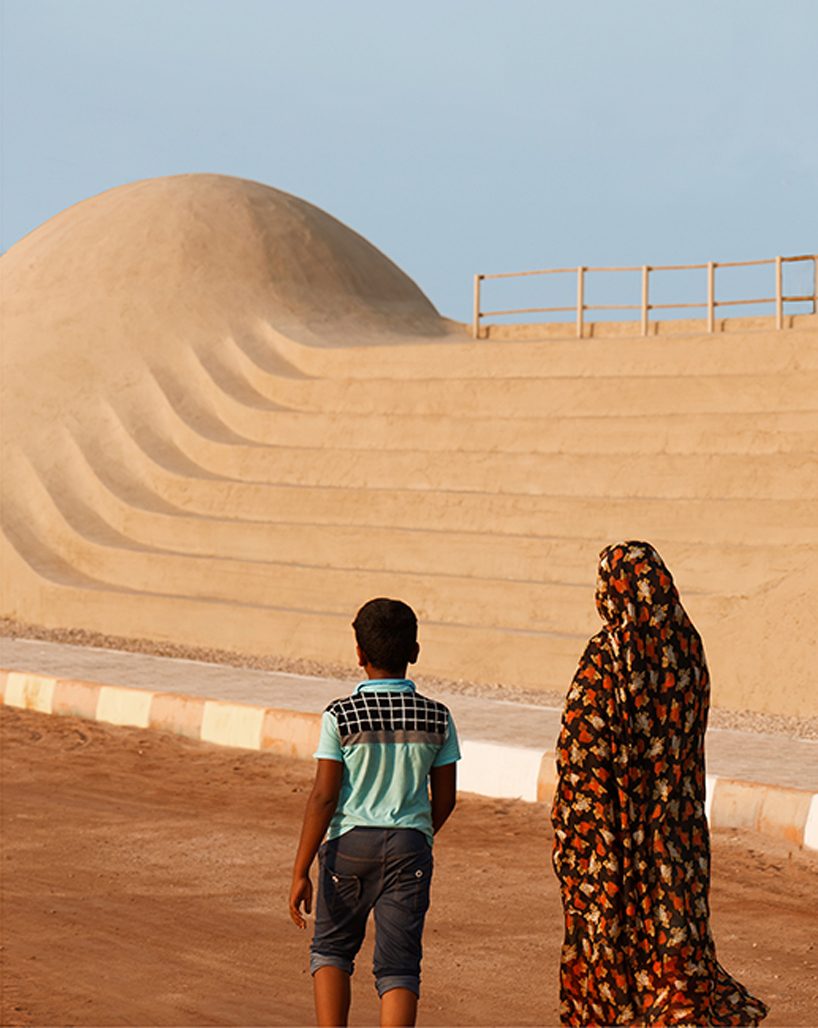 first, a community center was set up temporarily to gain the participation of hormozians. then a series of studies have been done on the morphology and constituting elements of hormoz. after consideration of local and international case studies, the design team came to the conclusion that the rammed soil system could be appropriated and retrofitted with more contemporary solutions to be used. ‘rong’ is the name that was chosen for this complex. ‘rong’ is an urban space that people can walk on. it has harmony with the island’s geomorphology and is iconic at the same time. its presence in hormoz brings pride for the citizens. 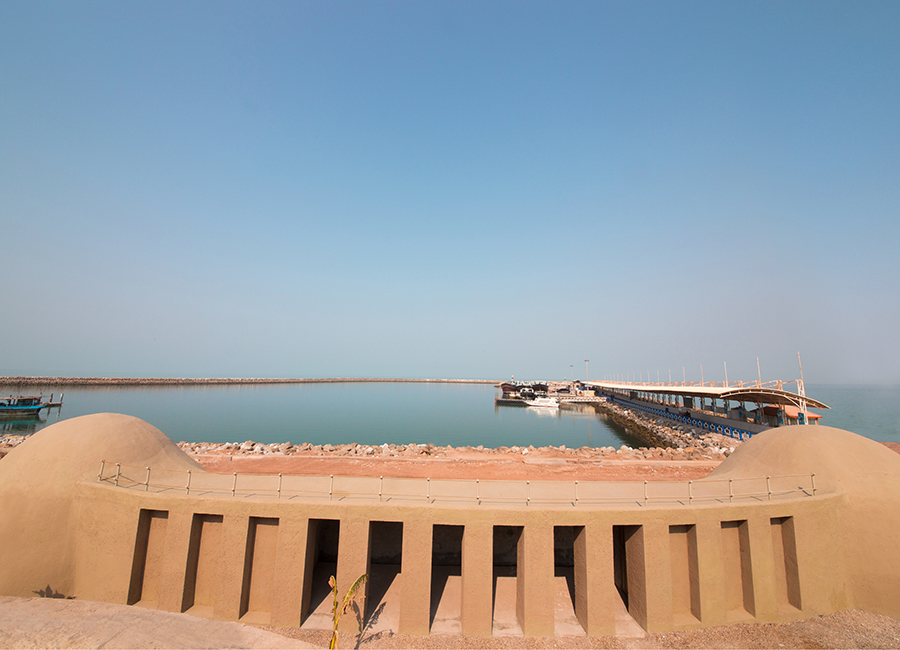 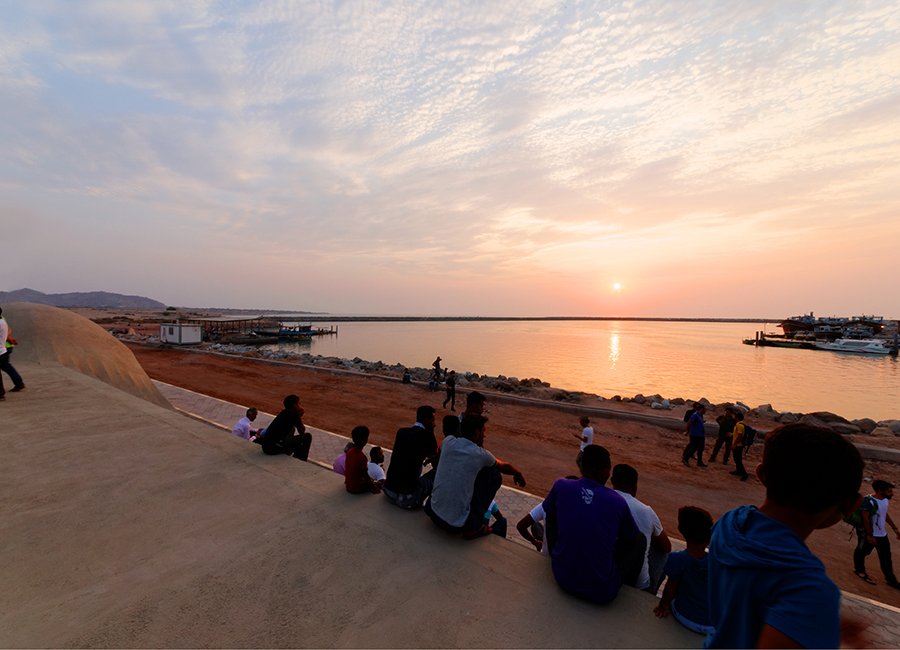 view to the west 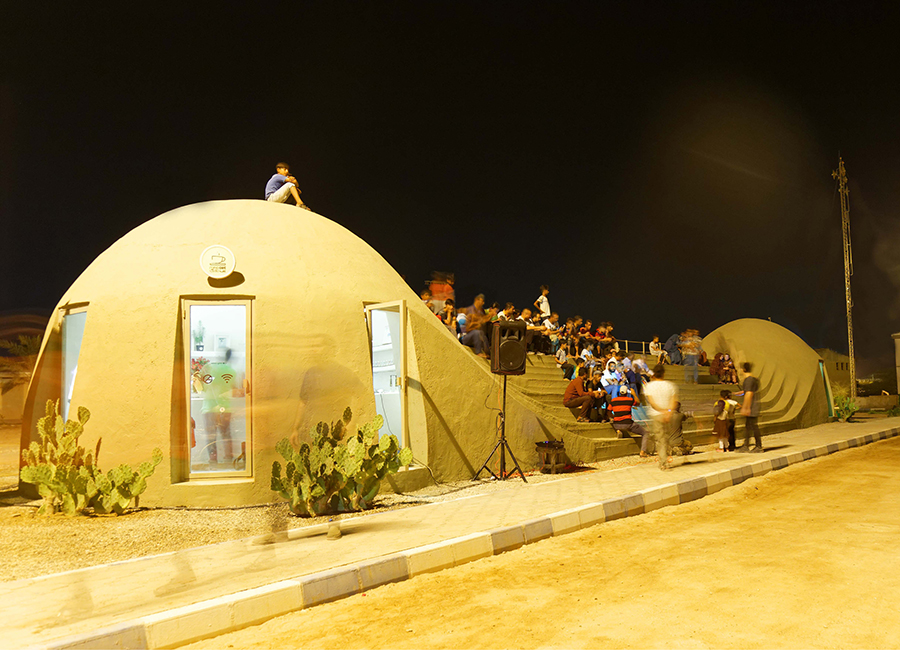 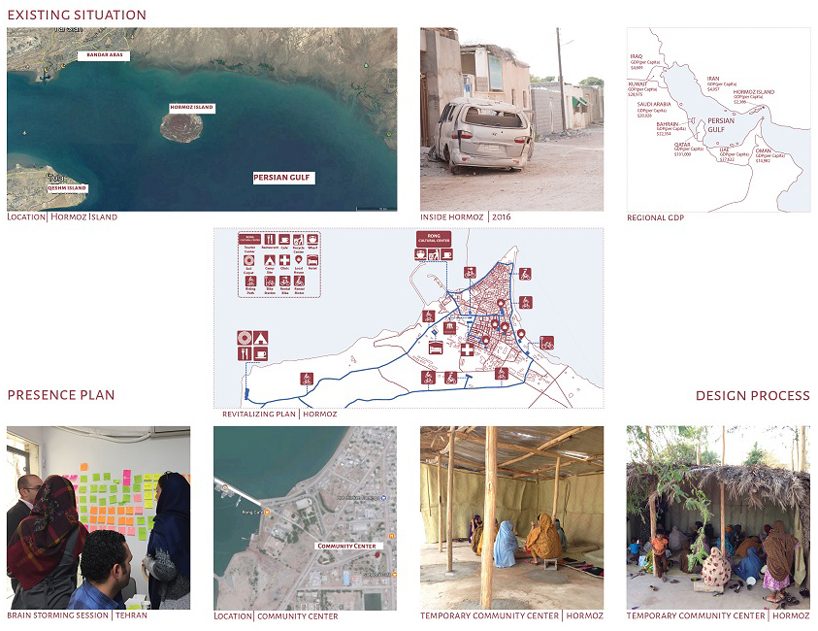 in its implementation, the adopted sandbag technology was combined with steel structure covered with cement. rong accepts the people’s reality and invites their participation and engagement. it is sustainable and recyclable and, it is built fast and with ease and as such, it can be replicated again and again. 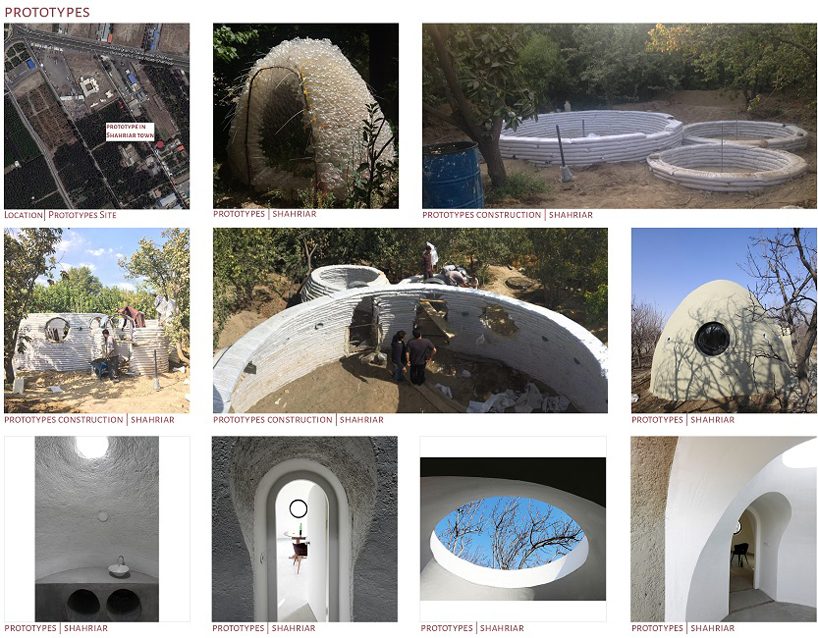 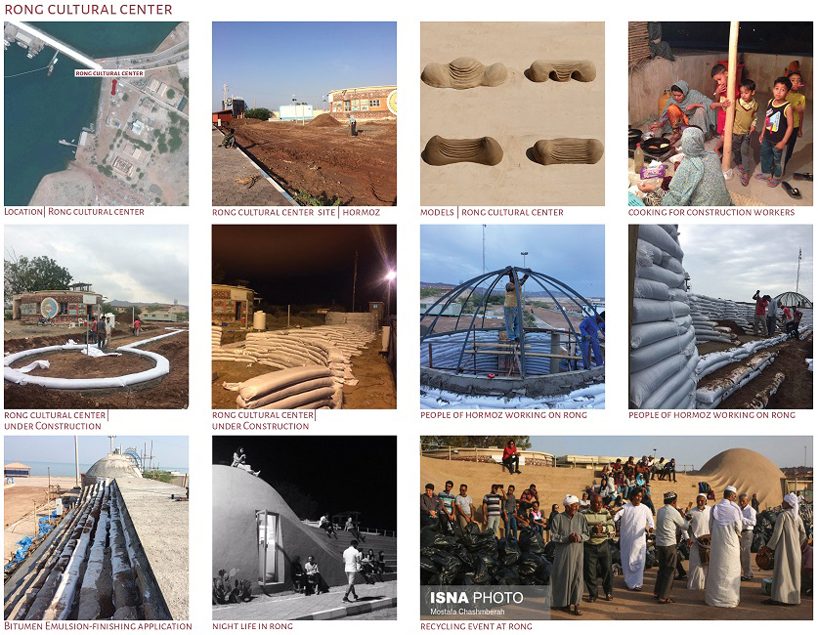 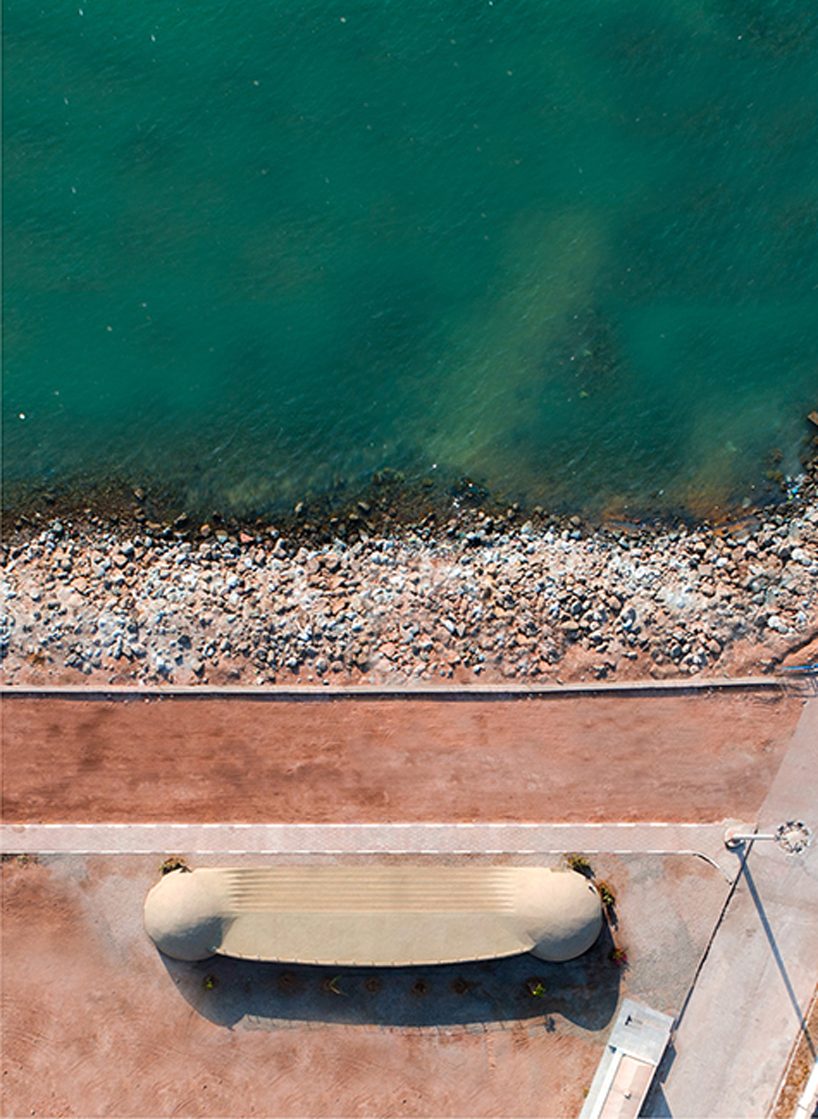 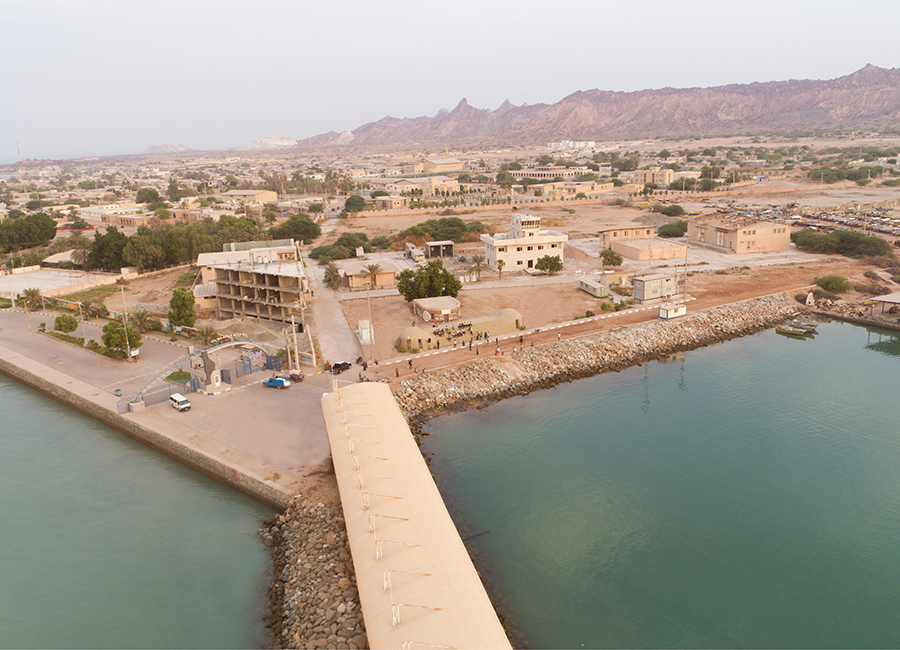 bird’s eye view of the site 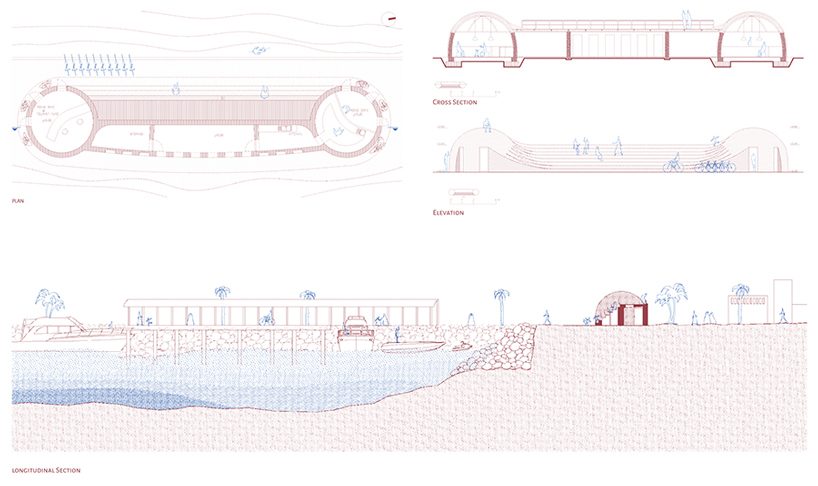