tucked away in the isolated wooded area north of utrecht in the netherlands, the architects at zecc and interior designer roel van norel together have created a compact cottage dwelling. providing a strong connection to its surroundings, the retreat is straightforward in design where the foundations from the previous structure have been re-used. archetypal in form, it is composed of an asymmetrical roof covered in stone slates. along with the exterior walls continuously clad in a western red cedar, one side of the cottage is closed, where as the other is equipped with movable shutters. during the evenings when privacy is required, the horizontal slats of the closed shutters uniformly blends with each other, adding a homogenous character to the building. 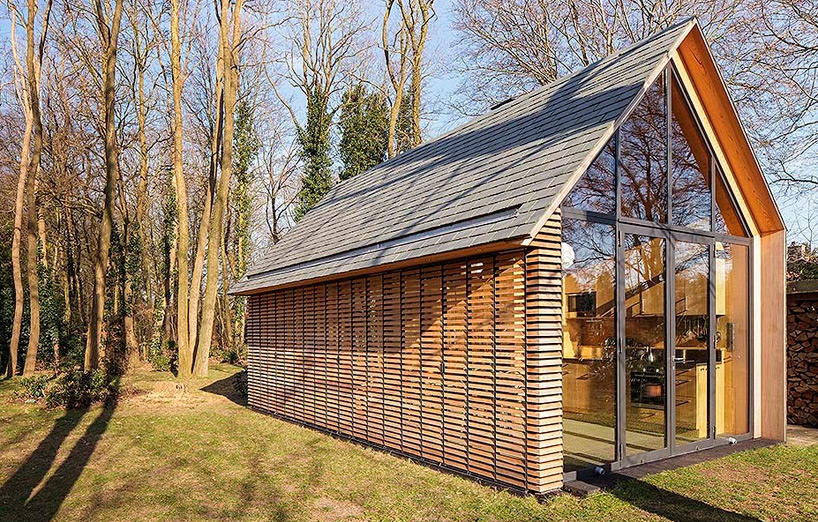 archetypal in form, the roof is asymmetrical covered in grey slate

internally, each living area has been strategically arranged with the kitchen-cum-dining room on one end and a snug sleeping area at the rear, coupled with high ceilings the space appears a lot less confined. a feature wall made of oak has been cleverly integrated containing the stove, kitchen appliances, counters, storage and door to the bathroom. by taking advantage of all the available and in addition to the tranquil setting, the designers cultivate a restful ambience without compromising the harmony of the dutch rural landscape. 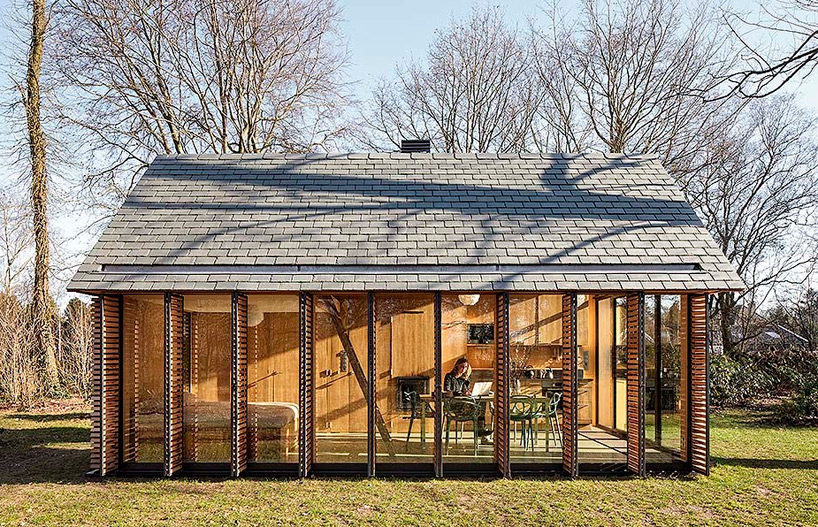 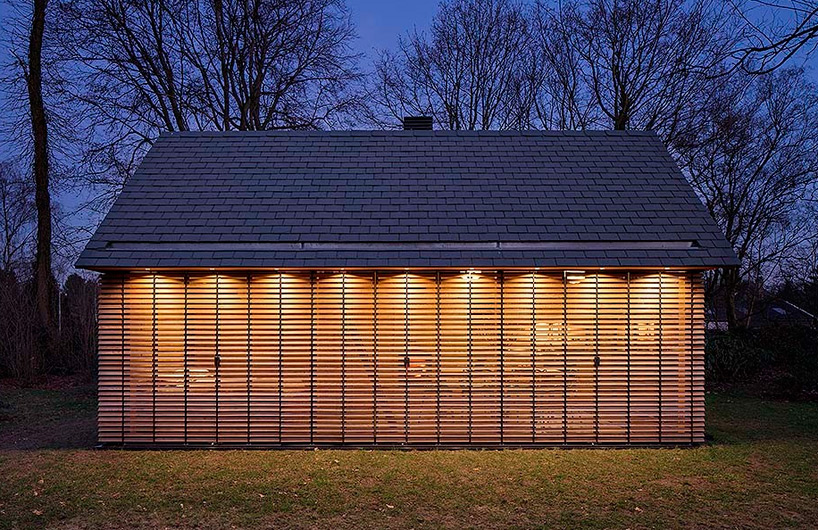 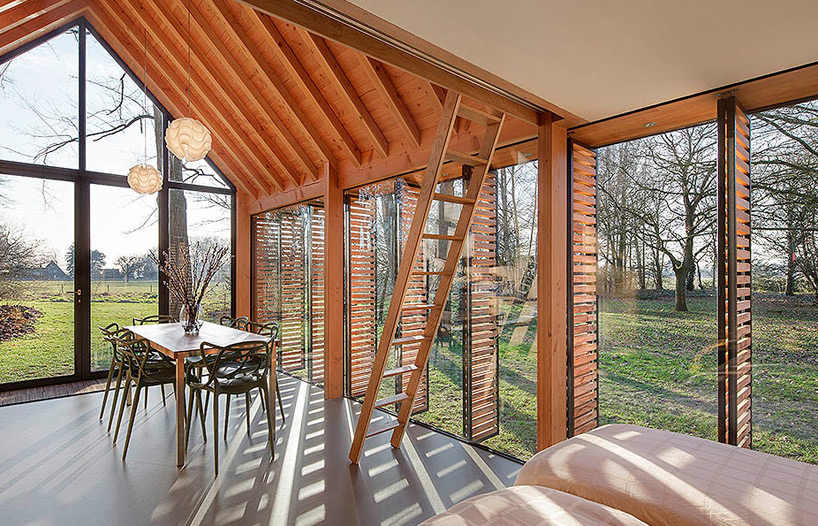 the high ceilings allow a second level mezzanine to be added 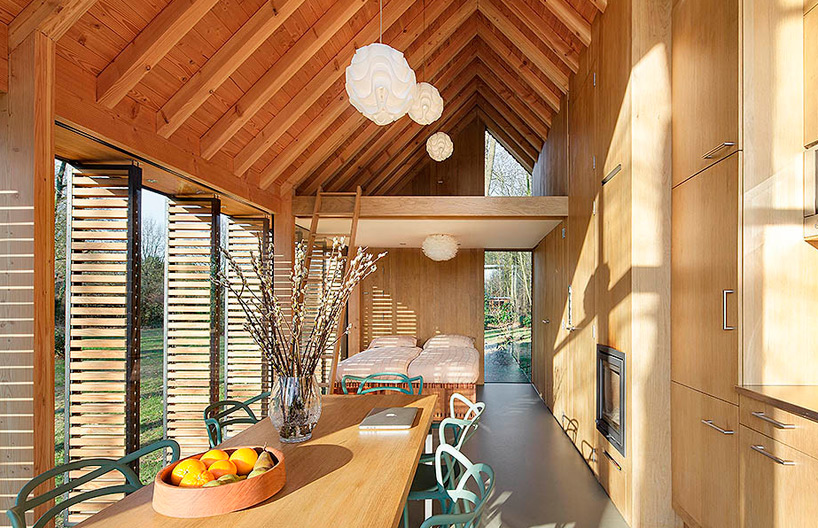 one long room contains the bedroom, kitchen and dining 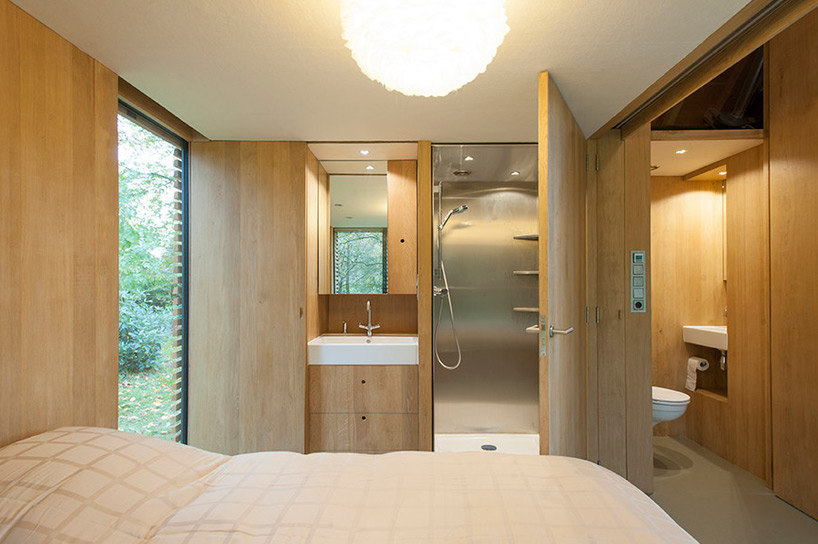 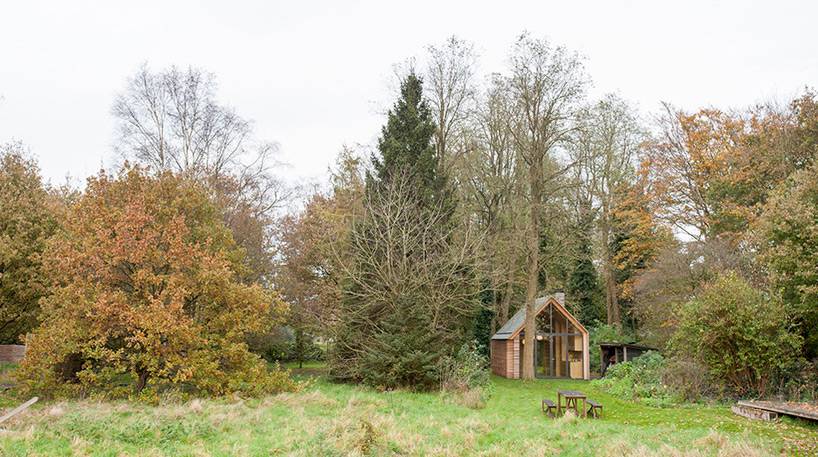 the structure blends well with its wooded surroundings