construction of the zhang daqian museum, a project designed by benedetta tagliabue / EMBT, is underway in the chinese city of neijiang. originally known as a guohua painter, zhang daqian is one of the best-known chinese artists of the 20th century. in 1956, zhang met pablo picasso in paris, where they exchanged ideas on eastern and western artistic movements. by the 1960s zhang daqian was also renowned as a modern impressionist and expressionist painter. 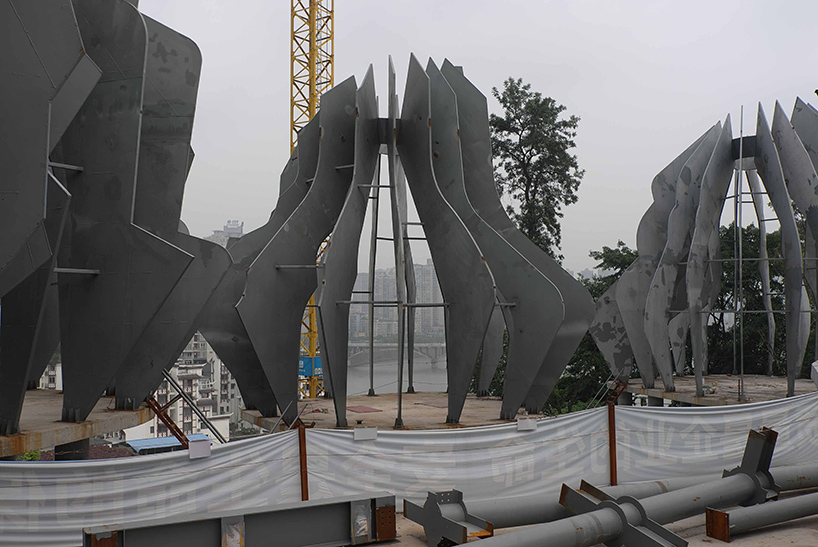 all images courtesy of EMBT

decades later, the city of neijiang sought to celebrate zhang’s continued influence, and, in april 2010, commissioned EMBT to conceive a new museum building for the painter’s hometown. ‘the design philosophy behind the museum was to integrate the cultural essence of east and west and build expressing the past and the future,’ explains the design team. the museum building extends from an existing tea house, with a variety of pavilions strategically positioned across the site. 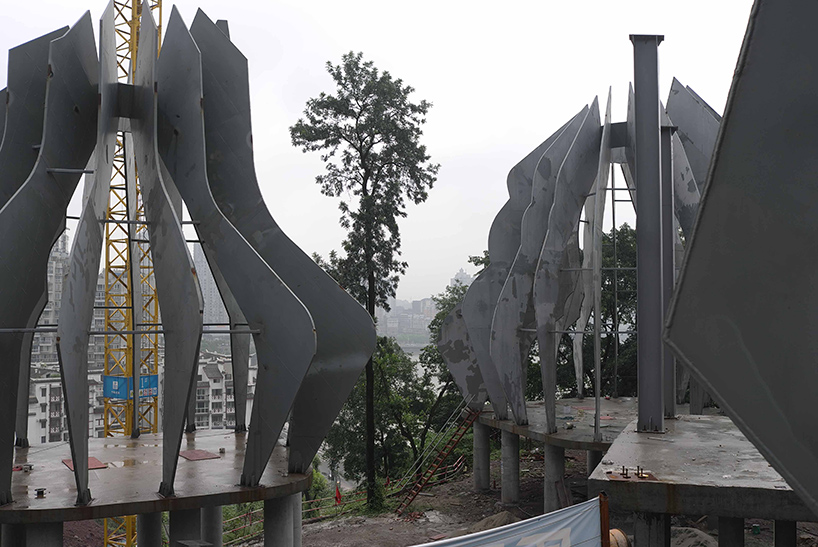 construction work is underway in neijiang

partially enclosing existing trees, the structures are situated on different levels, taking the form of gestures extracted from zhang daqian’s paintings. a series of interlocking ribs comprise the vertical structure, while the geometries of the plan are an abstract interpretation of the chinese painter’s work. forming a new landmark for neijiang, the site is located at the peak of dong tong lu, yuan mountain, west of xi lin monastery and south of the tuo river. 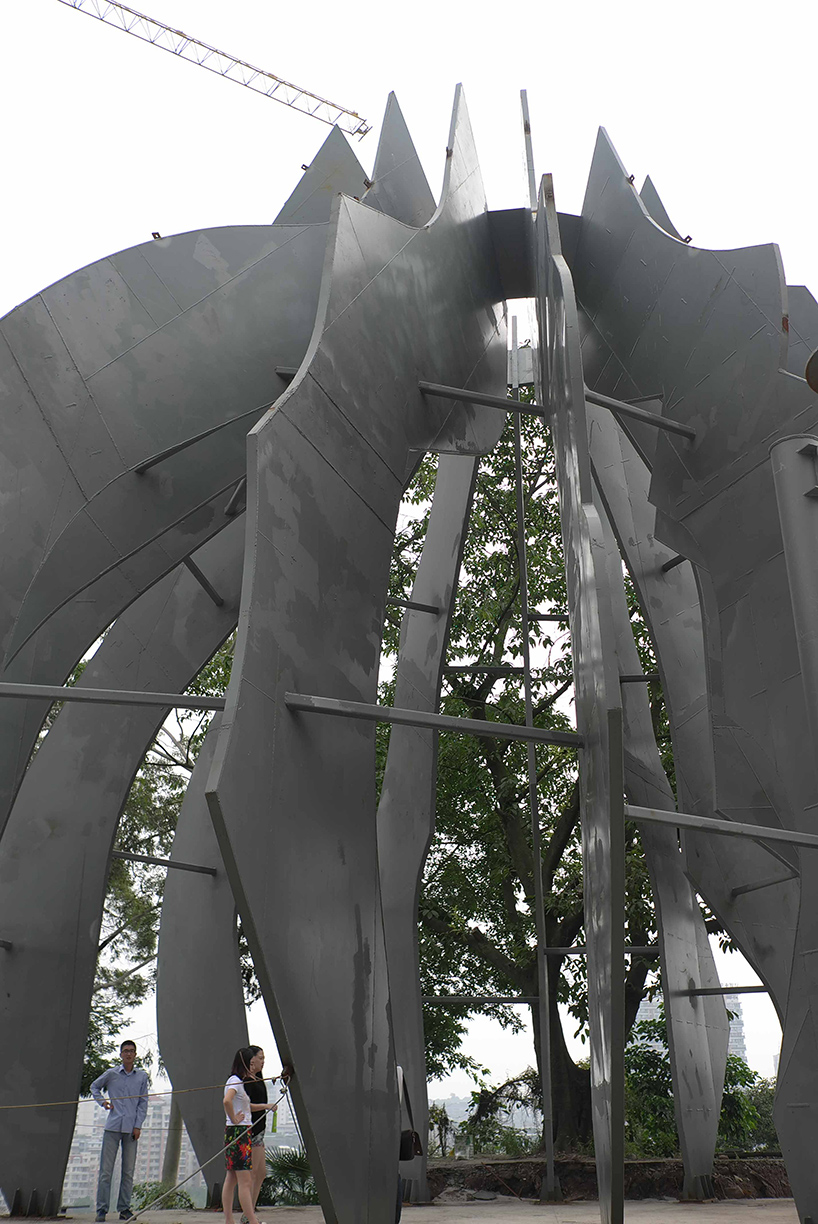 a series of interlocking ribs comprise the vertical structure 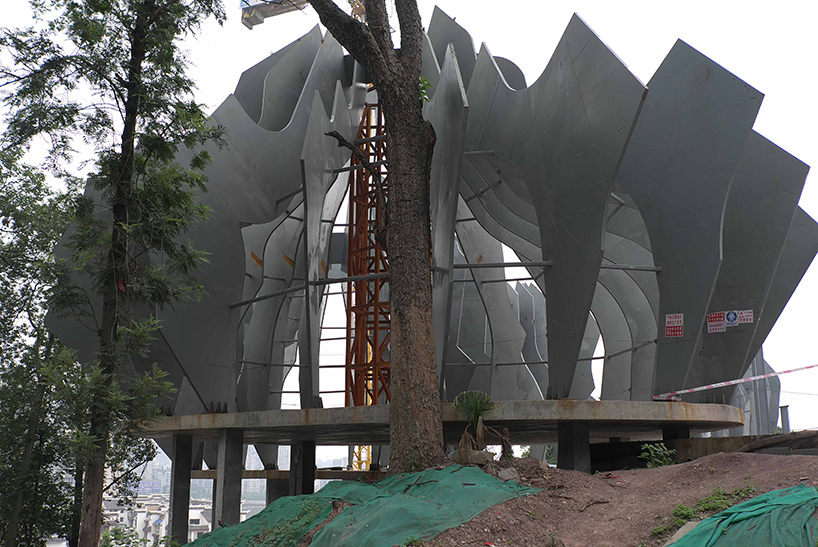 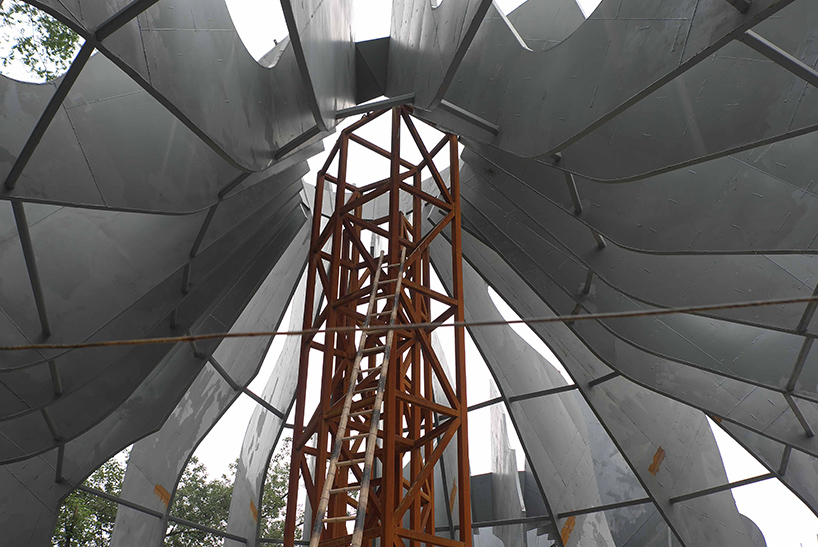 EMBT was commissioned to complete the scheme in 2010 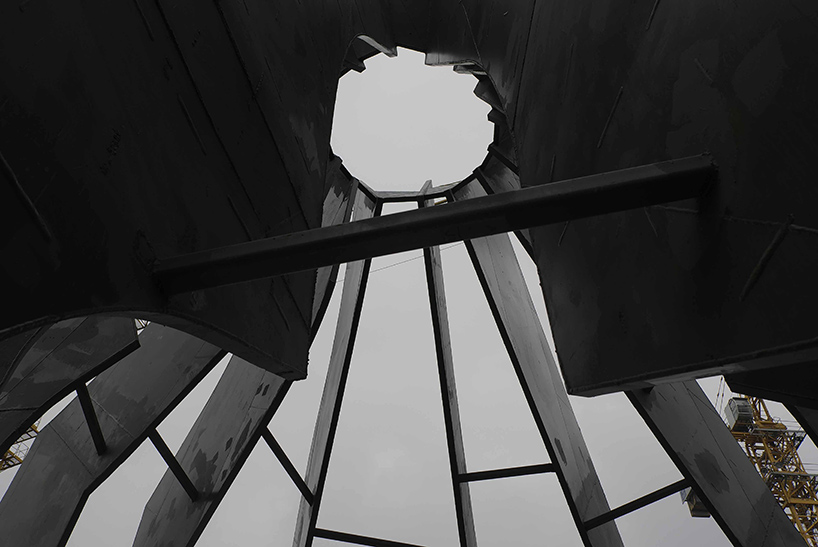 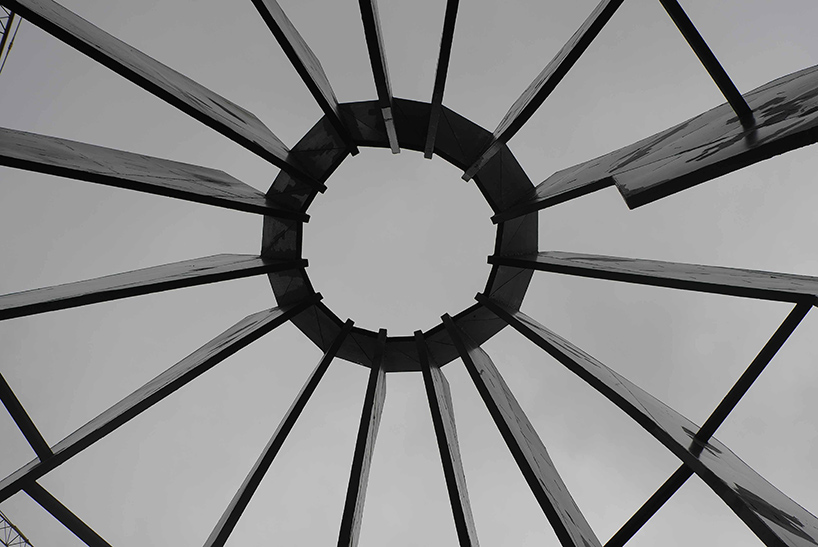 the structure will be a landmark for zhang daqian’s hometown 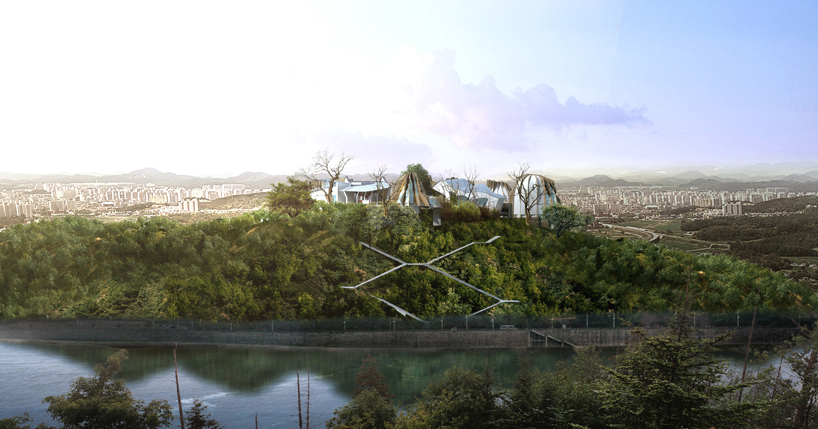 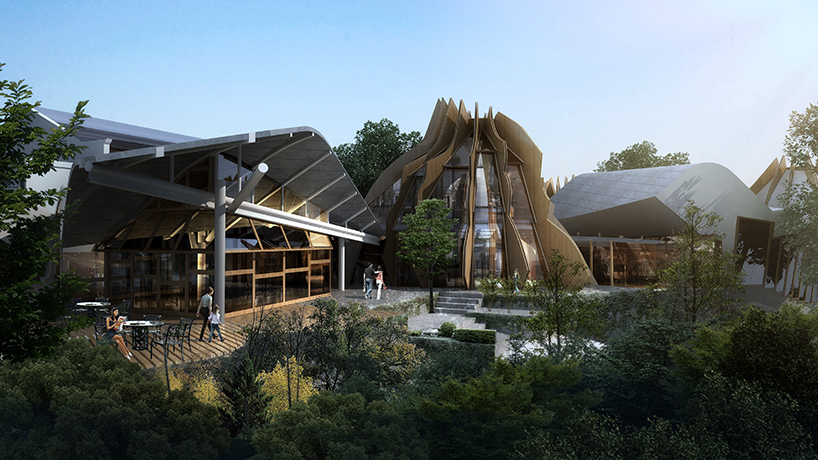 the building extends from an existing tea house 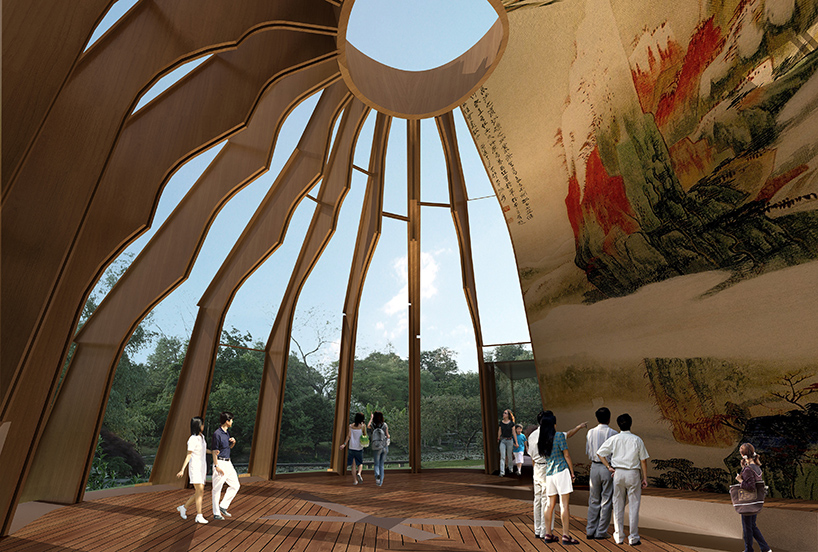 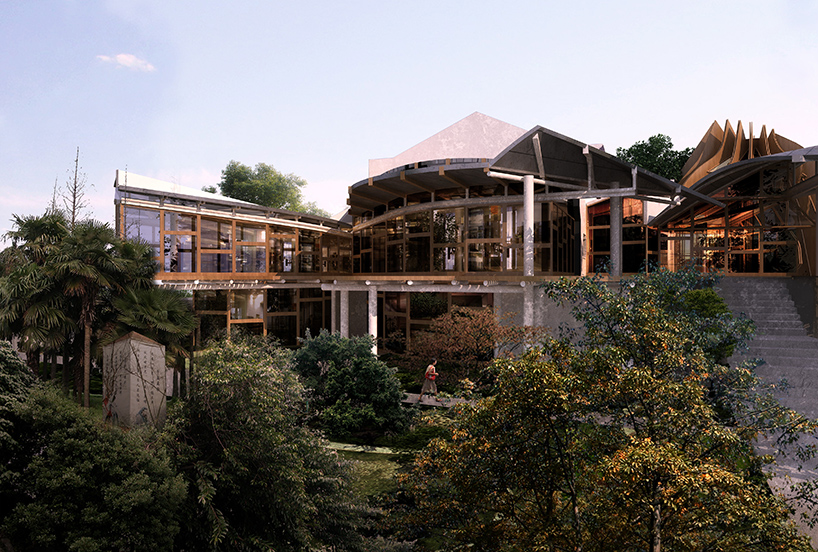 a variety of pavilions are strategically positioned across the site 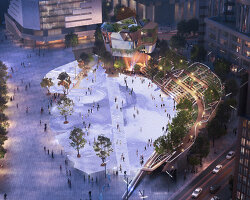 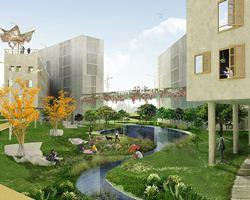