architectural competitions platform archstorming presents the three winning teams of its latest competition titled ‘coexist: rethinking zoos’. challenging the traditional concept of zoos, submissions propose interactive and imaginative alternatives such as elevated and non-intrusive paths, autochthonous species adapted to the climate and even 3D virtual animals. the winning proposals focus on improving the well being of animals and enhance the educational and scientific aspects of a zoo by including spaces for art, history and reflection. 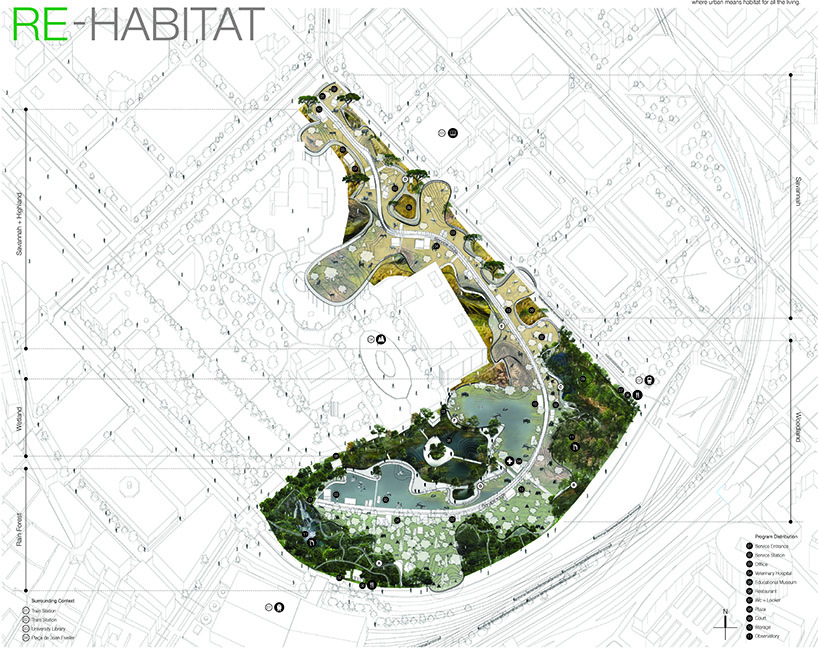 the competition brief by archstorming asked participants to redesign zoos with the social sensitivity of the 21st century, focusing on the education of visitors, scientific research and conservation of biodiversity. the proposed location for the projects is the barcelona zoo, which recently announced its intention to reinvent itself to adapt to the new mentality of its visitors, more committed to the welfare of animals.

concept diagrams of the winning project

the first prize proposal eliminates the ‘urban cage’ between humans and animals, leading to the enhancement of animal welfare and raising animal preservation awareness. the winning team, formed by worawut oer-areemitr, chanakarn assavasirisilp, thakan navapakpilai and bemjama prasertpan states,’ instead of fencing a new territory for wildlife as a typical zoological park, we believe zoo should be part of the urban organ rather than being isolated.’ the proposal comprises a new threshold, where people can observe animals in their natural environment. 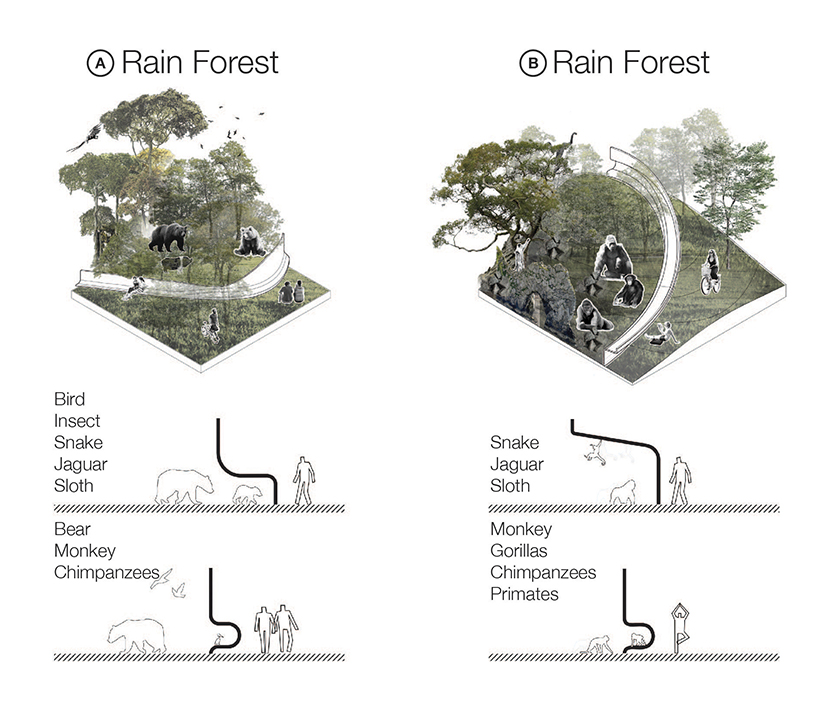 section of the winning proposal

an international jury selected the winning projects among proposals of contestants from more than 40 nationalities. the jury includes architects who have contributed in recent years to redefine the concept of zoo, such as jan nowell of arterial design (australia); robert watson of watson architecture + design (australia); bas ten brinke of 70f (the netherlands); adrian iredale, finn pedersen and martyn hook of iredale, pedersen and hook (australia); and mario carreño and pietra sartori from carreño sartori arquitectos (chile). 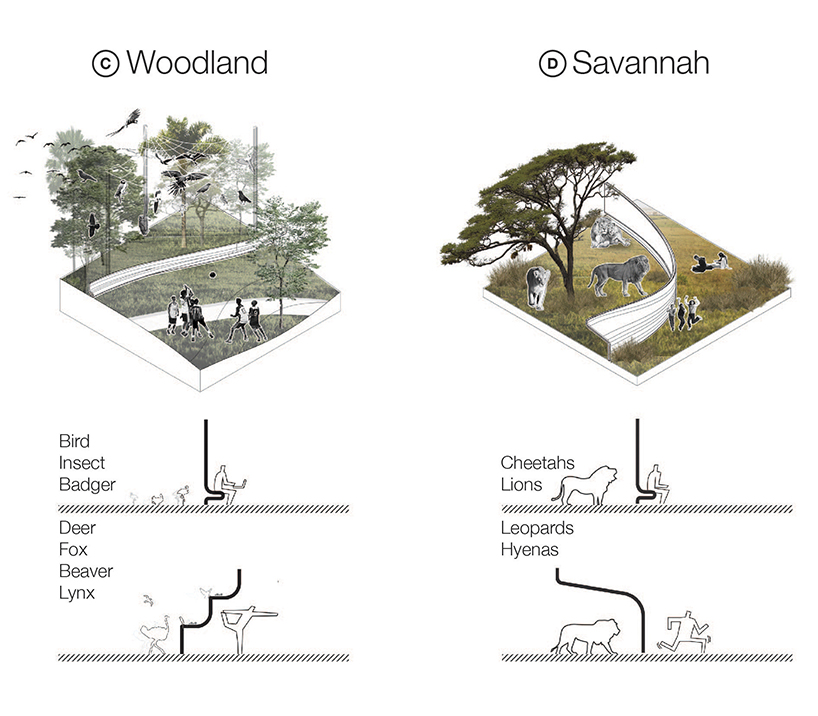 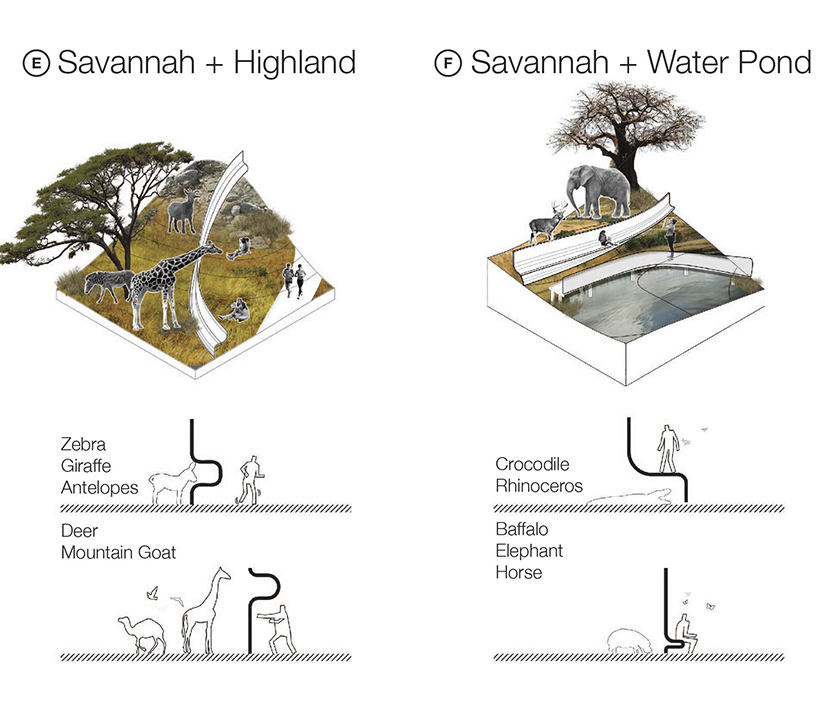 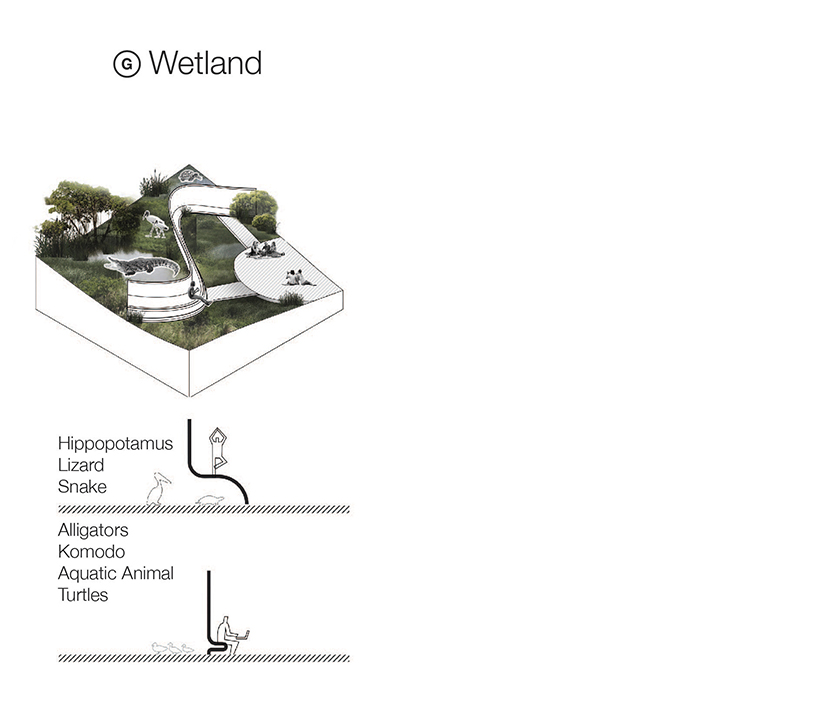 sections of the winning proposal 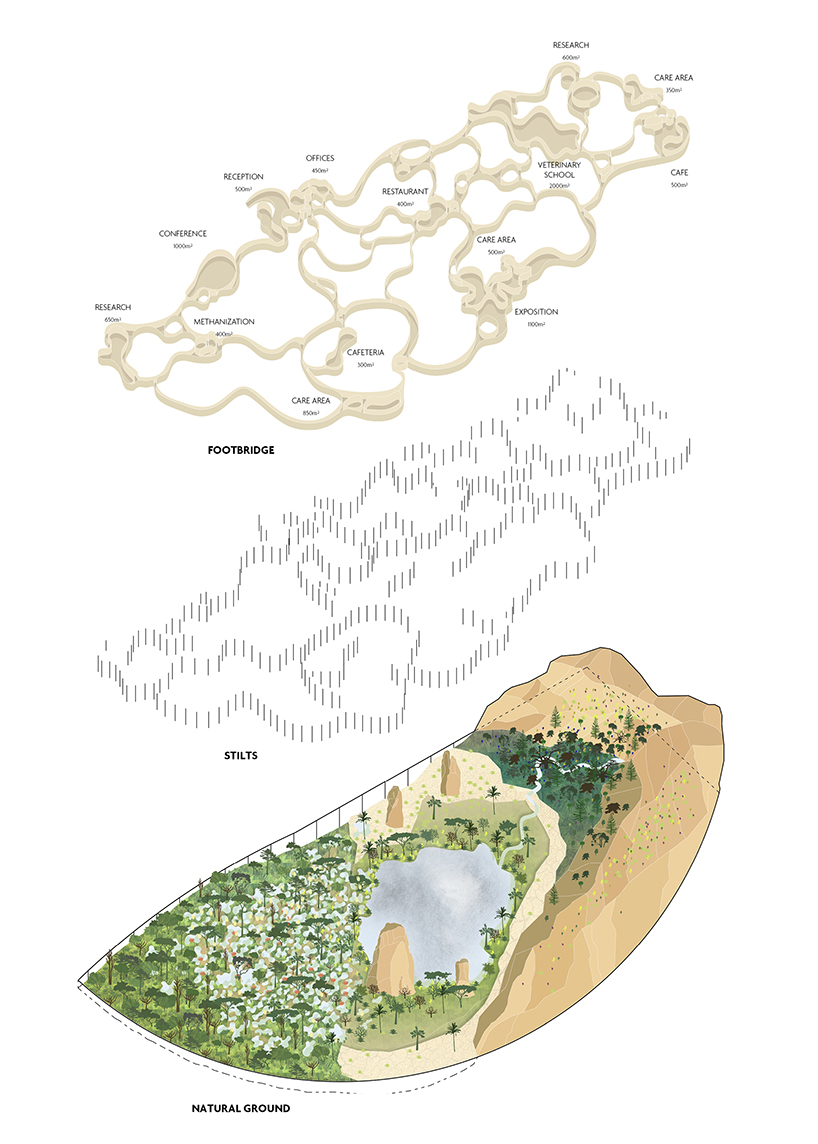 the second place project is entitled ‘this is not a zoo’, submitted by elias vogel and estelle filliat from paris, france 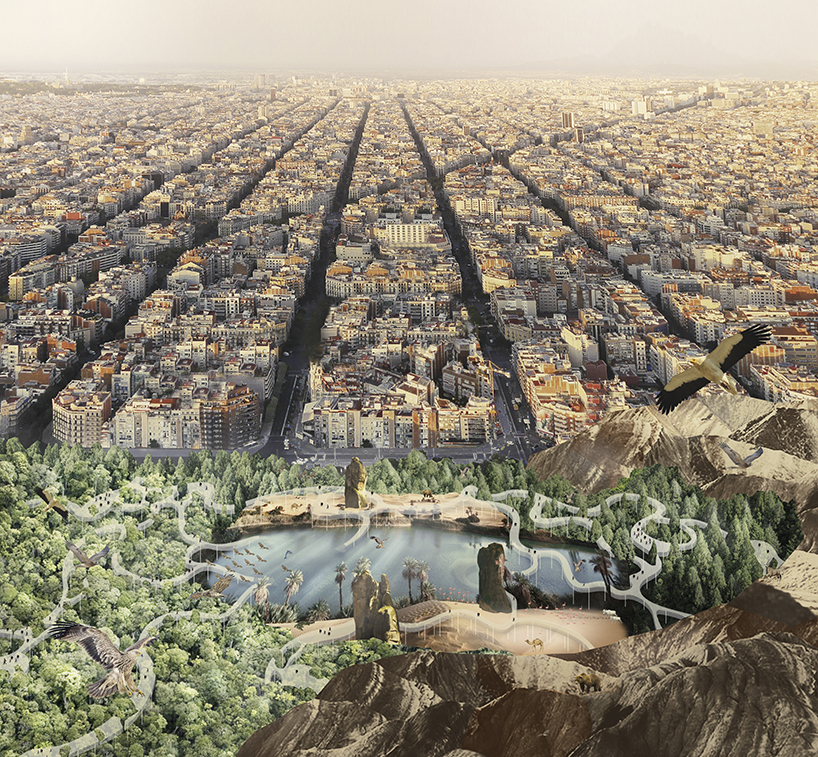 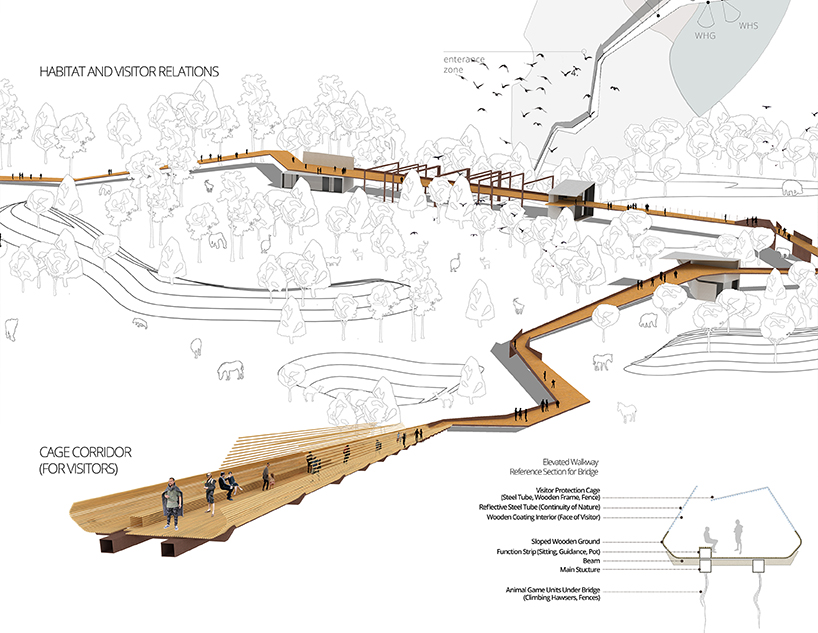 visual of the third place proposal 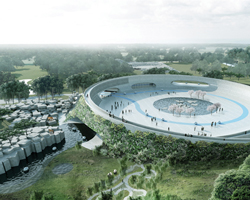 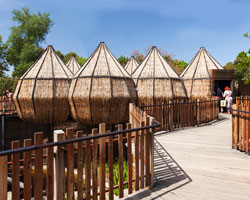 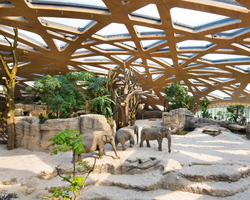