spanish architectural practice, zooco estudio, has completed ‘casa M4’ in the area of torrelodones in madrid. the house is designed to make the most of it’s natural surroundings as it is positioned on a high site and benefits from an impressive aspect of the forest that grows to the south. the building is expressed in three volumes, punctuated with large elements of glazing to frame views of the landscape. 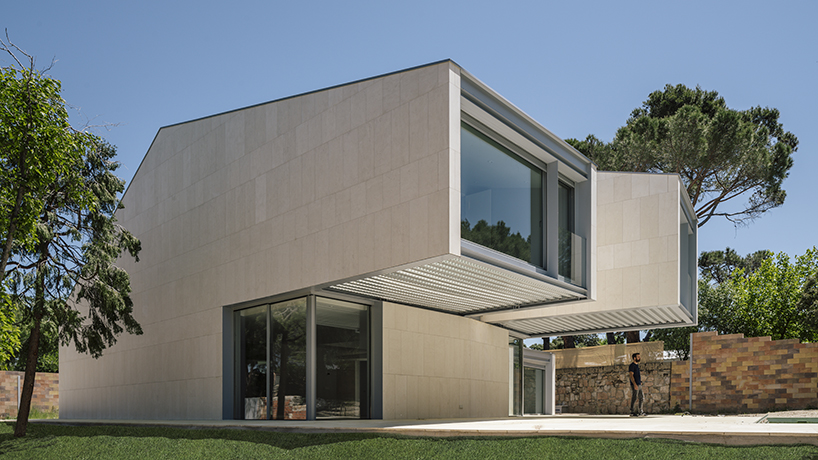 the architect has broken down the residential type volume to create a pitched roof form, oriented always towards the north-south direction. the design of these façades generates large openings on two elevations and solid walls on the remaining sides, which facilitates the accommodation of structural elements. as a result, casa M4 is articulated in three volumes, two of which overhang the ground, providing protection and shelter under them. 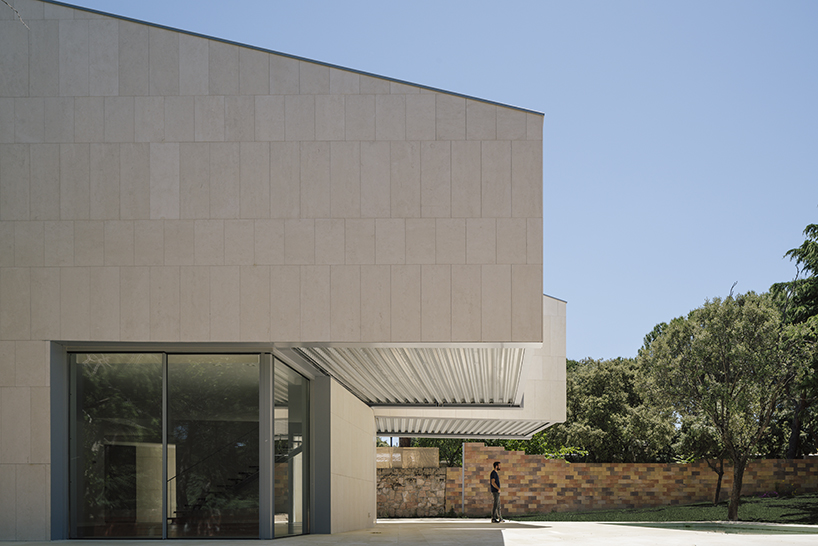 in order to express an idea of solidity in contrast to the pronounced cantilevers, all the volumes are finished in limestone. the design of casa M4 is also noted for the differences between the north-south and east-west facing façades. the former are permeable and light, open to the surroundings, while the latter are solid, heavy walls, inspired by the profile of the house type and the relationship with the surroundings. in essence, the project by zooco estudio results in a house and architecture that opens up a dialogue with it’s surroundings. 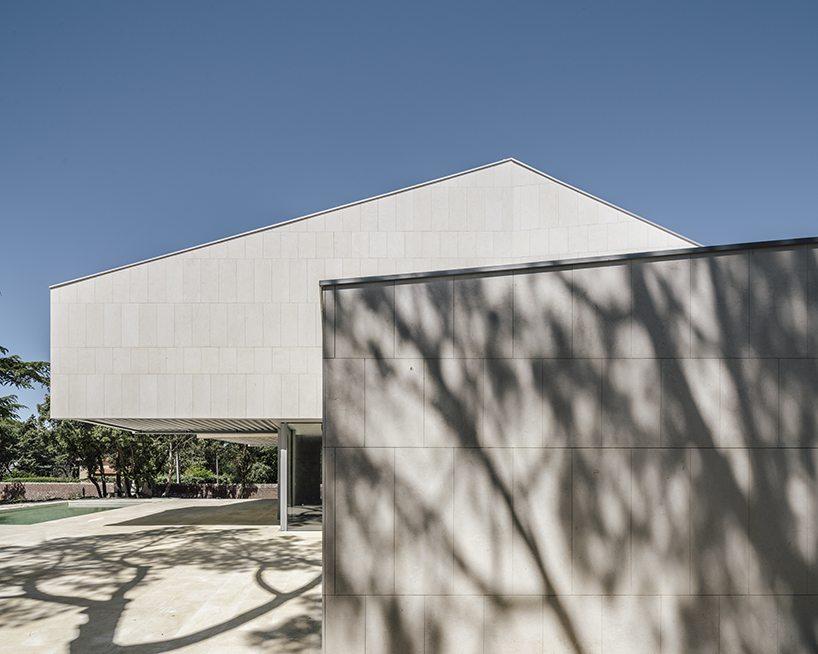 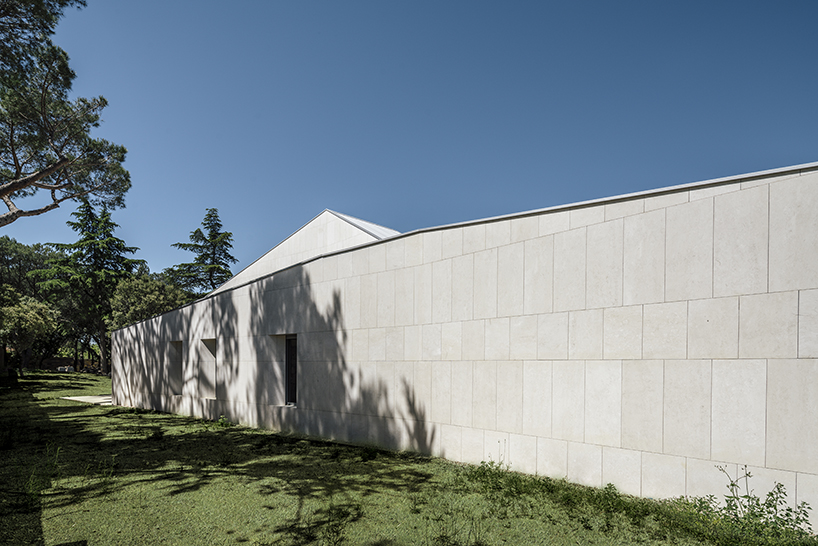 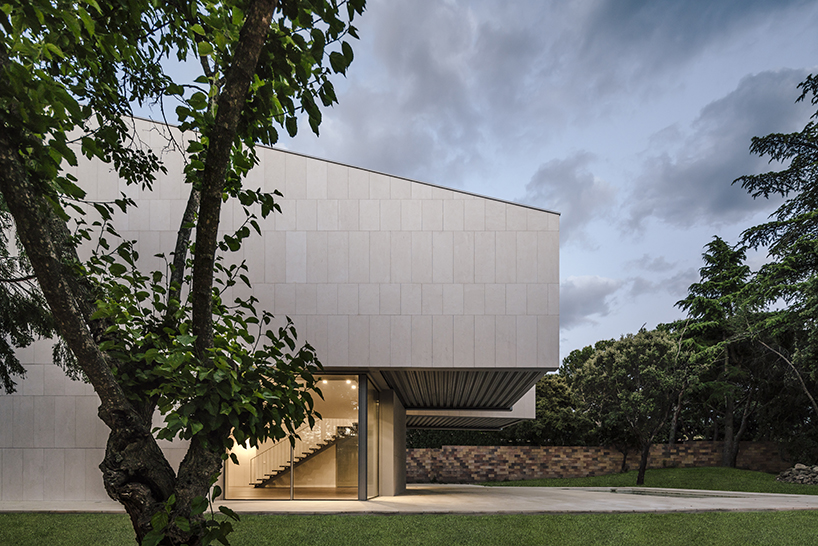 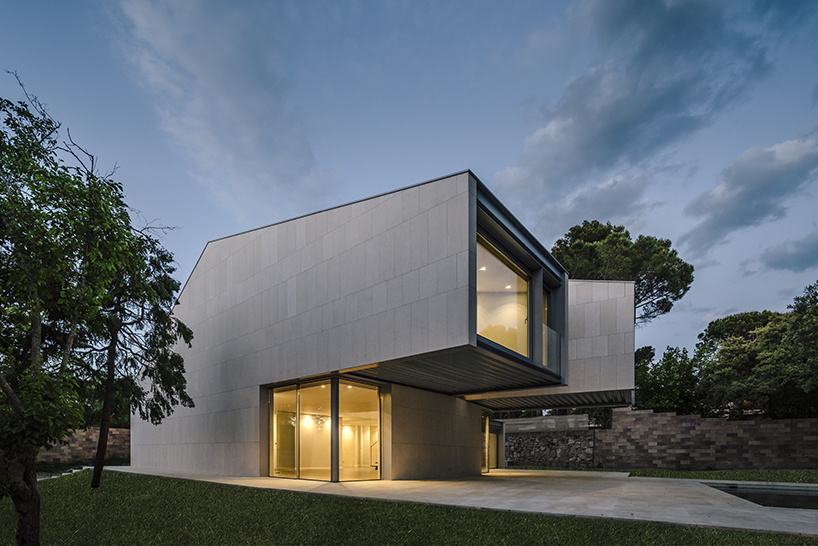 view of the cantilevers 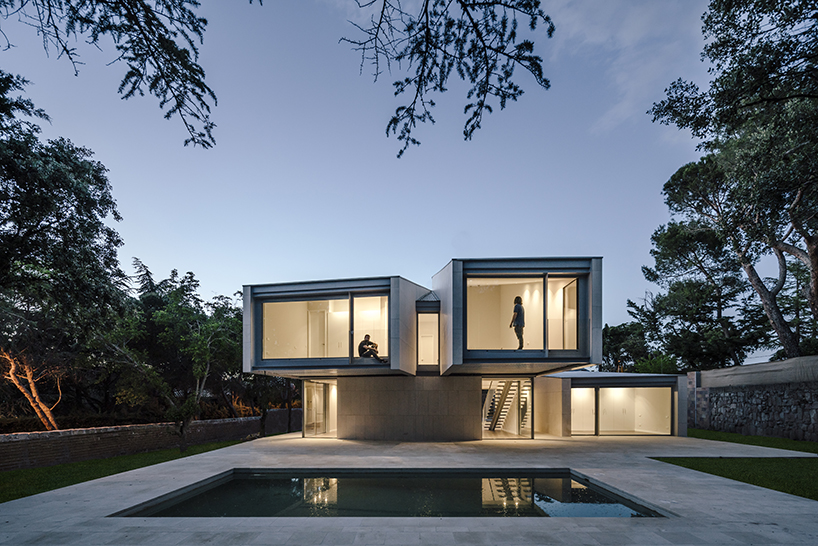 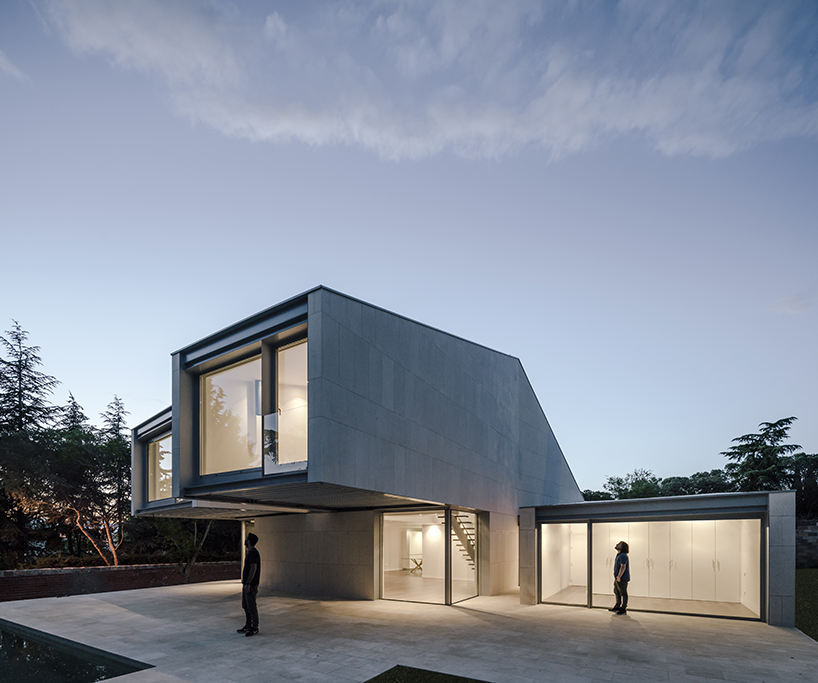 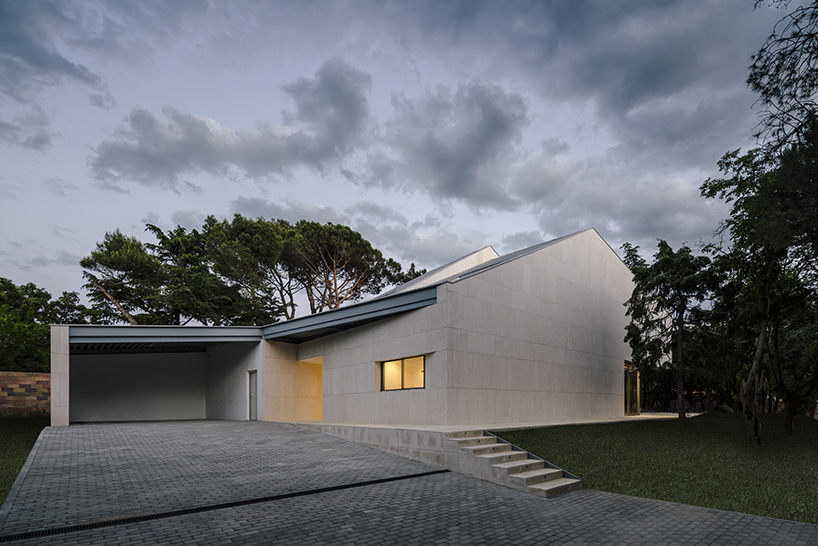 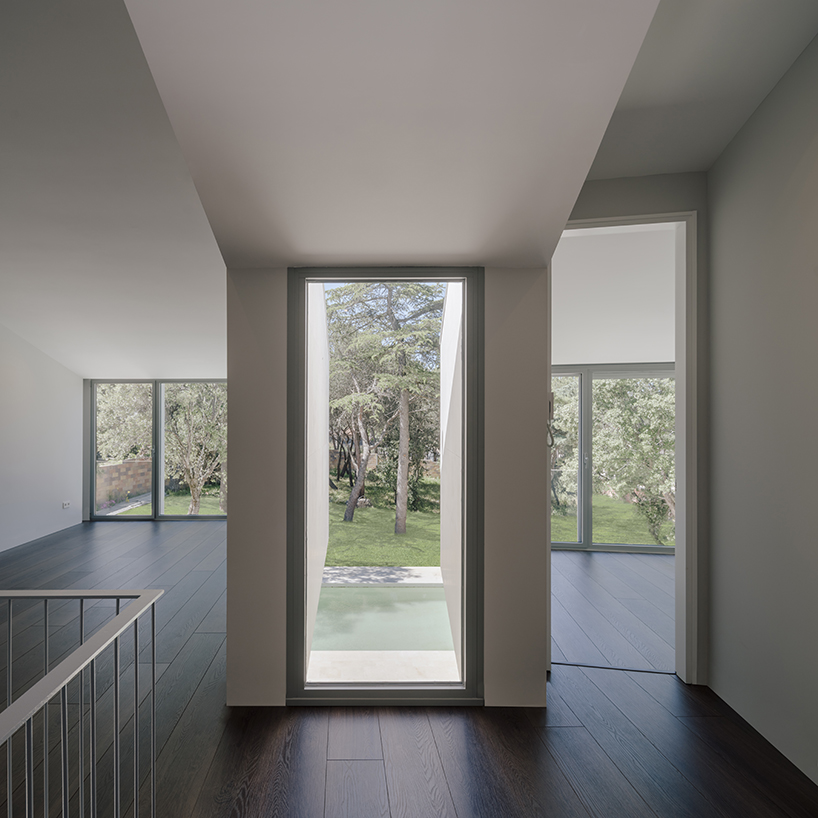 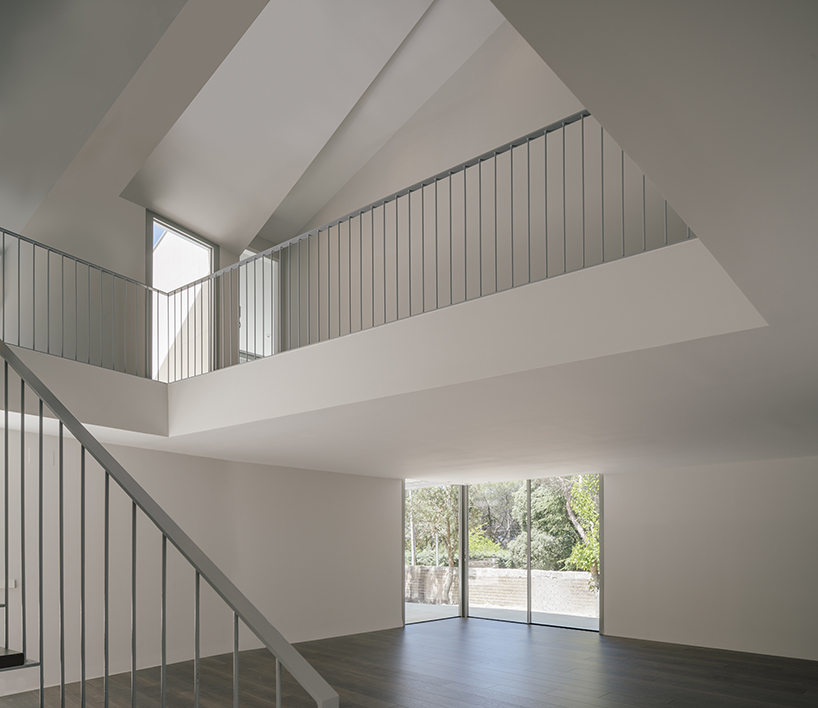 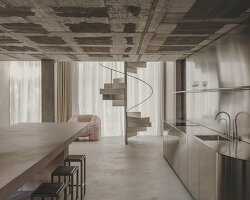 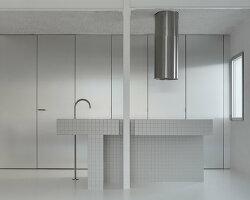 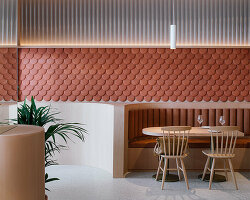 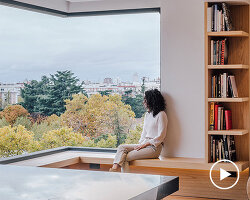 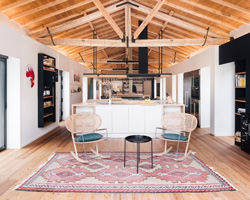 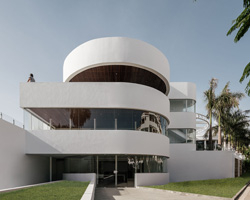 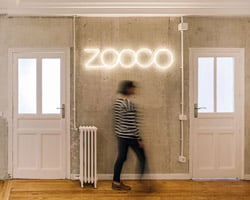 Oct 30, 2018
estudio zooco reveals the original materials of a historical building for its office in madrid