EM2N is a swiss architecture studio founded in 1997 by its partners mathias müller and daniel niggli. the studio has quite a few projects underway including an ambitious refurbishment of zurich’s viaduct arches. the project began in 2004 as an architectural design competition and is set to be complete in 2010. the large and complex project involves transforming the space under the city’s historic structure into usable cultural and commercial attractions. the viaduct was originally built to support the city’s early rail lines from the 19th century. now the structure separates the urban part of zurich and the city centre. EM2N’s design unites the two areas with the space and features bubble windows to bring light in and a large market hall. the old stone walls remain in the space and the viaduct remains almost untouched. 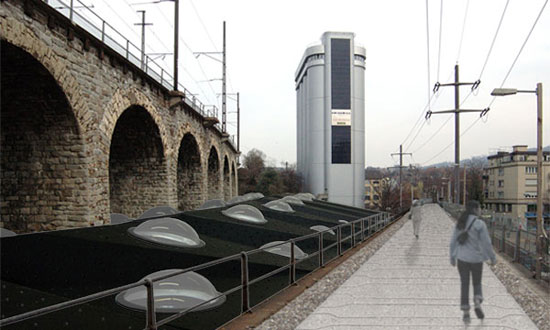 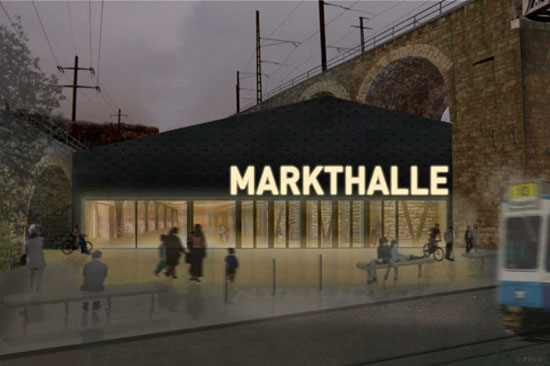 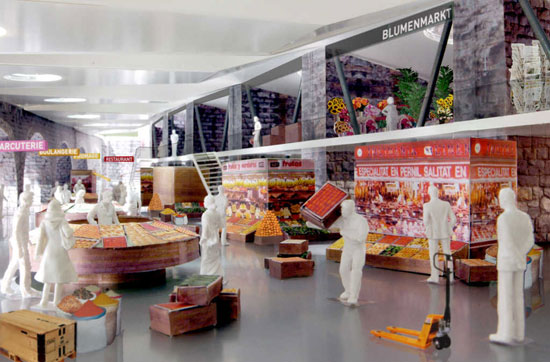 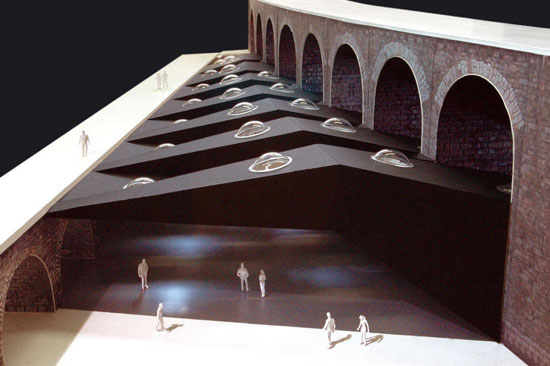 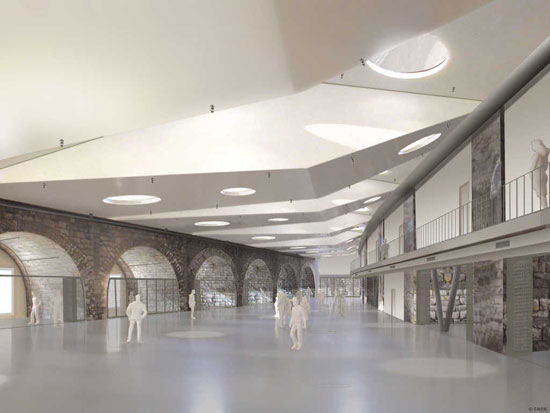 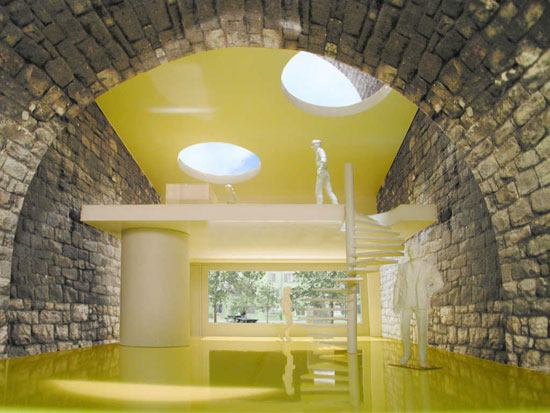