responding to the widespread social upheaval spreading throughout his country, yemeni artist and activist murad sobay initiated the ’12th hour’ campaign — a series of street art murals, paintings, and graffiti that discuss 12 cultural concerns the country is currently engaged in. the artworks are emblazoned across the walls of the yemeni capital of sana’a, and unfold as an hour-by-hour series, all in pursuit of cultivating awareness of the problems in a peaceful and participatory way. the project is sustained by a massive public response — initiated through a call-to-action on facebook. citizens demonstrate their interest in the creative campaign by taking to the streets with sobay and painting the walls with powerful messages about government and policy. the walls transform into expository stories, which shed light on the consequences of anti-government demonstrations and alternatively encourage a non-violent discourse.

in the first hour of the campaign, sobay took on the significant concern regarding gun violence in yemen, a country which, according to aljazeera‘s 2012 figures, has the second highest rate of gun ownership in the world. the spread of arms in yemeni society is an urgent, potentially pandemic problem and one of the country’s biggest cultural obstacles. 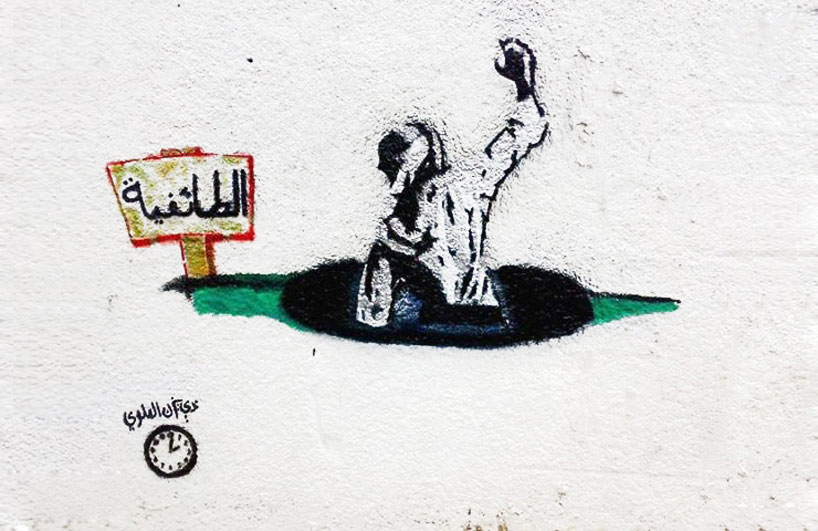 the second hour of the political art campaign addresses sectarianism, the shia-sunni divide which has long caused tensions between the two religious sects. with the a population of yemen divided at approximately 45% shia muslims and 55% sunni muslims, the country is experiencing a rise in sectarianism, which often lead to manifestations of hatred, bigotry, and destabilizing revolts. 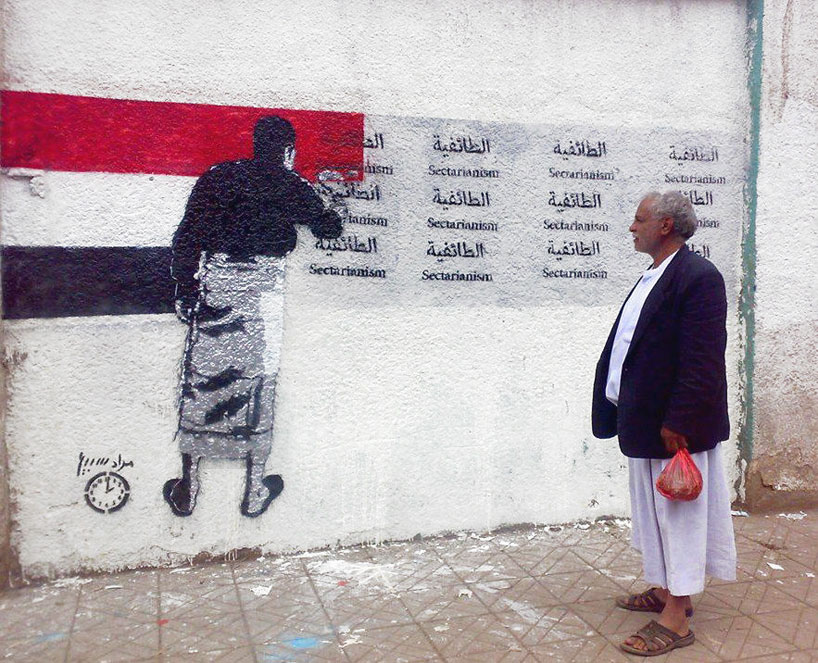 the yemeni flag being painted over the word ‘sectarianism’ 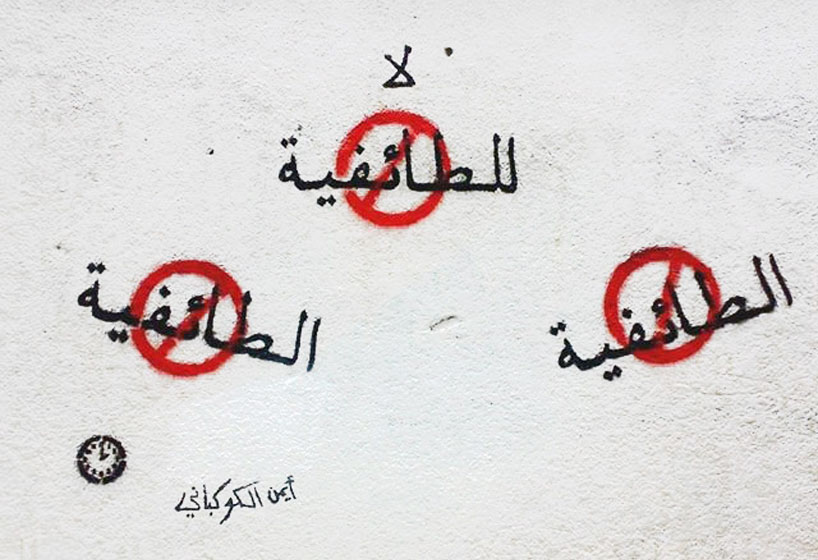 a symbol for ‘no to sectarianism’

enforced disappearances, or government denial of incarceration and arrest, is the topic of sobay’s third hour of art intervention. the subject focuses on state executed kidnappings, an issue which the artist previously addressed in the creative campaign ‘the walls remember’. the mass participation event draws the public to the streets and illustrates the faces of people who are unaccounted for, alongside the place and date of disappearance, which appear in arabic and english. 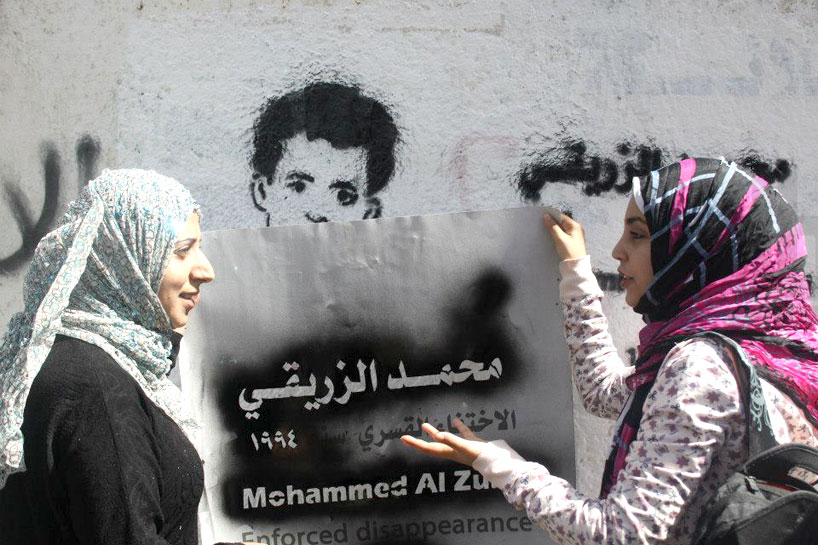 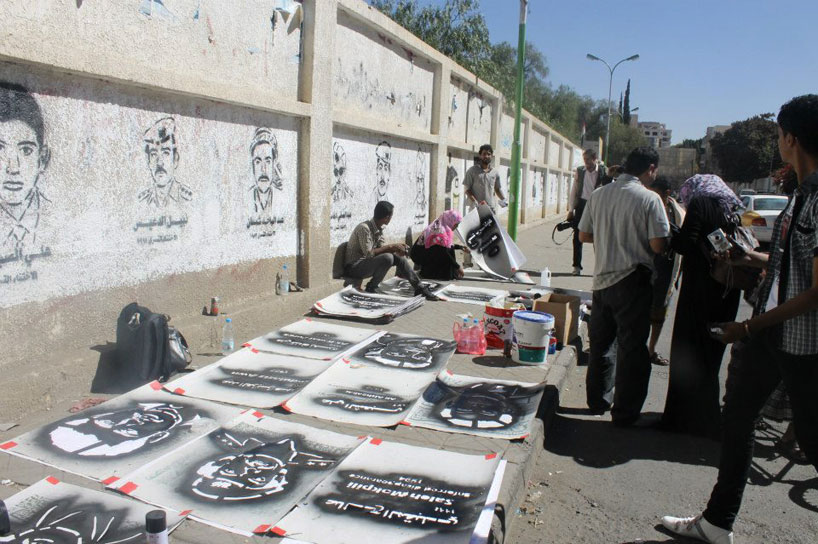 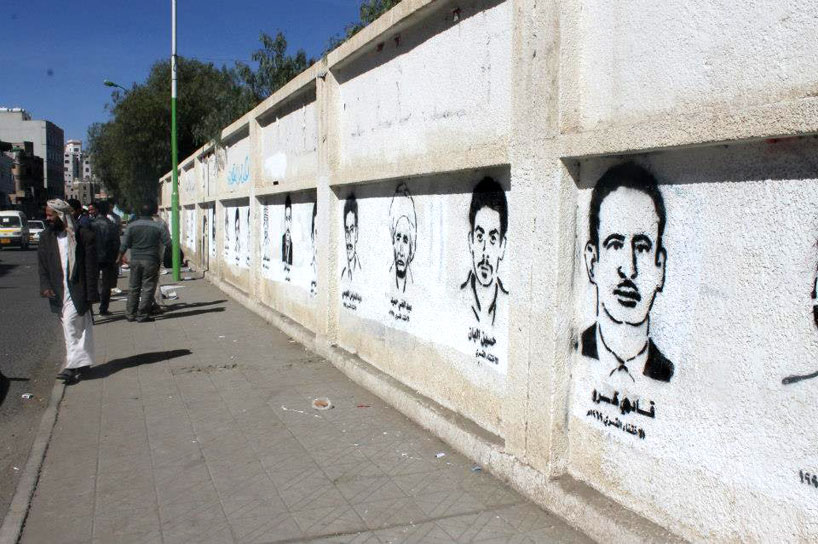 a line of faces are displayed on the wall in yemen 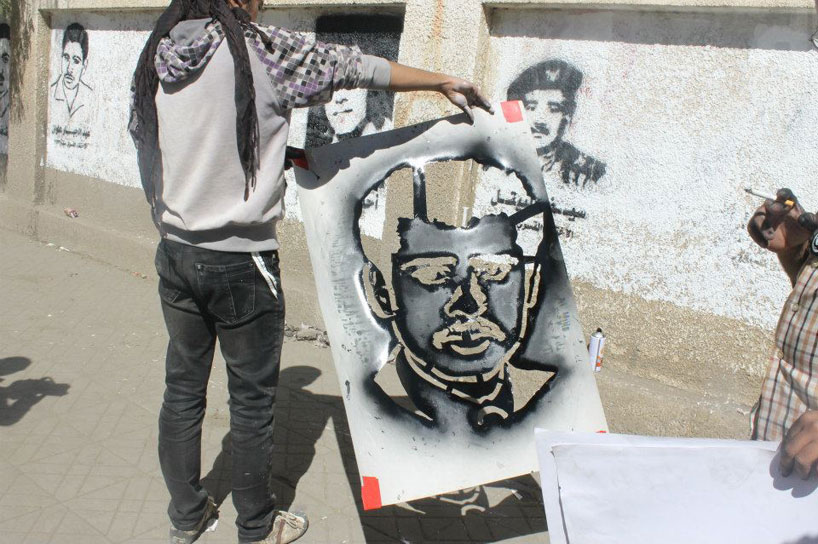 a stencil bears the image of a man 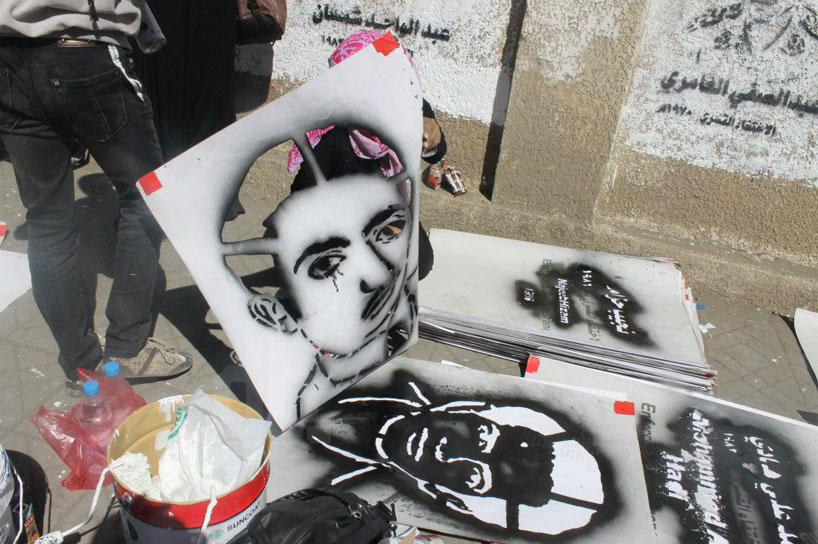 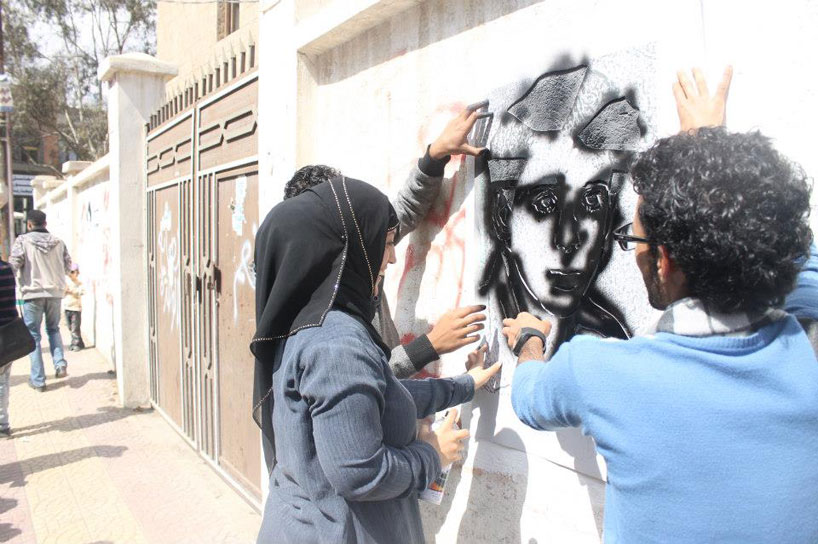 participants spray the image of a boy onto the wall 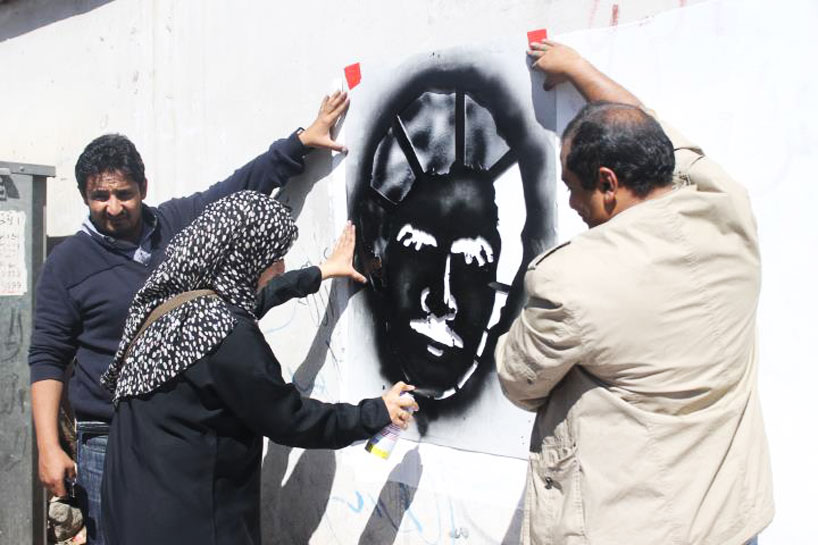 a yemeni woman takes part in the graffiti movement