on the shortest night of the year in the city of poznan, poland, residents and visitors have helped to illuminate the night sky in celebration of the summer solstice with festival organizers fundacja ARS– a foundation for the promotion of creativity, culture and the arts. st. john’s night, as it is known in the polish city, coincides with the current 2012 UEFA EURO european football championship on now. this year brought a new world record for the launch of paper lanterns on the 21st of june. a massive crowd gathered to let go of 15,000 lit balloons into the darkness. before releasing the slow-soaring objects, each attendee scrawled their wishes upon their respective pieces, allowing their desires to float away with the collection of glowing dots. 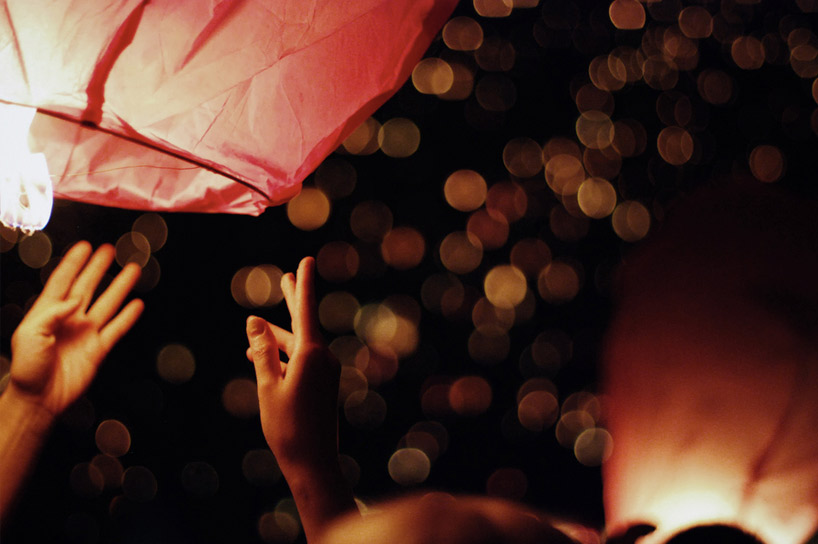