1,600 papier-mache pandas to pop-up at hong kong landmarks
(above) image courtesy of allrightsreserved
all other images courtesy of 1600 panda world tour

in an effort to alert the public to the rapid and tragic loss of the panda species, french artist paulo grangeon, together with the WWF, PMQ and creative studio allrightsreserved, continue their world tour of ‘1600 pandas’, stopping in 10 hong kong landmarks — from hong kong international airport to the giant tian tan buddha, beginning this june. the traveling pack of papier-mâché bears has seen occupation in cities like paris, rome, berlin and taipei, raising awareness worldwide to the environmental crisis. each recycled paper animal placed in the urban context represents a single member of the species still alive today, a shocking and unfortunate statistic about the nature of the breed — threats from humans have left fewer than 1,600 of the creatures in the wild. 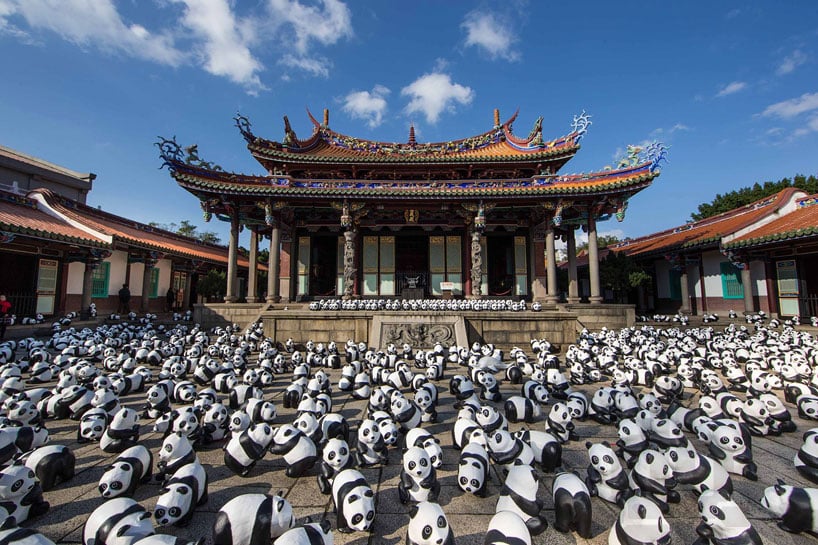 the traveling pack of papier-mâché bears

for the hong kong event, grangeon will create four special-edition, unique paper pandas, which will finally go on display at PMQ in support of conservation and a sustainable discourse and to promote the message of coexistence between human and nature. 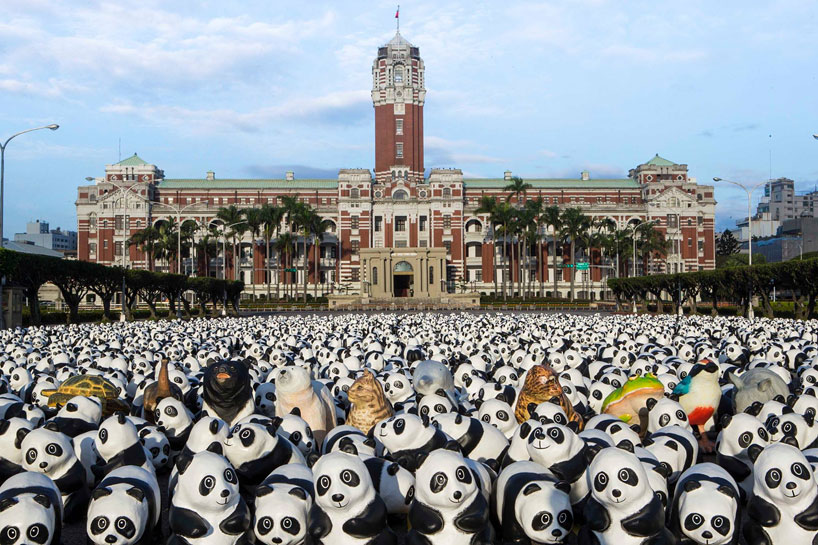 1600 bears occupy cities around the world 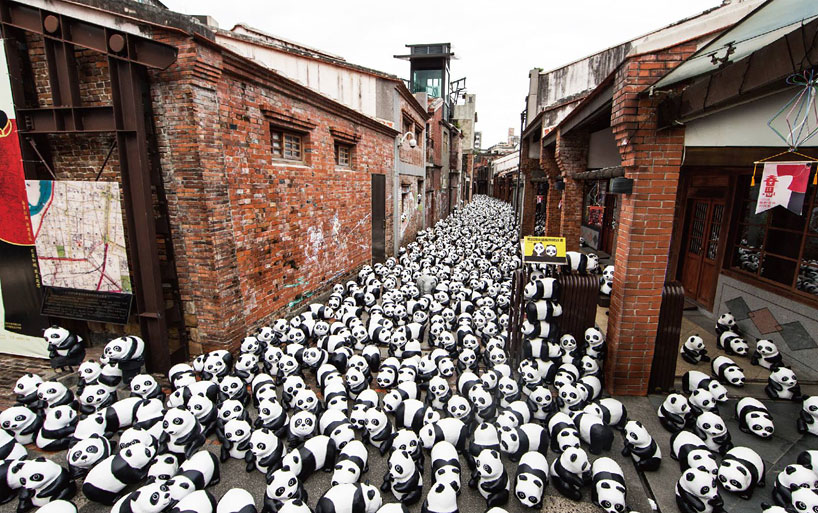 the mass intervention raises awareness worldwide to the environmental crisis 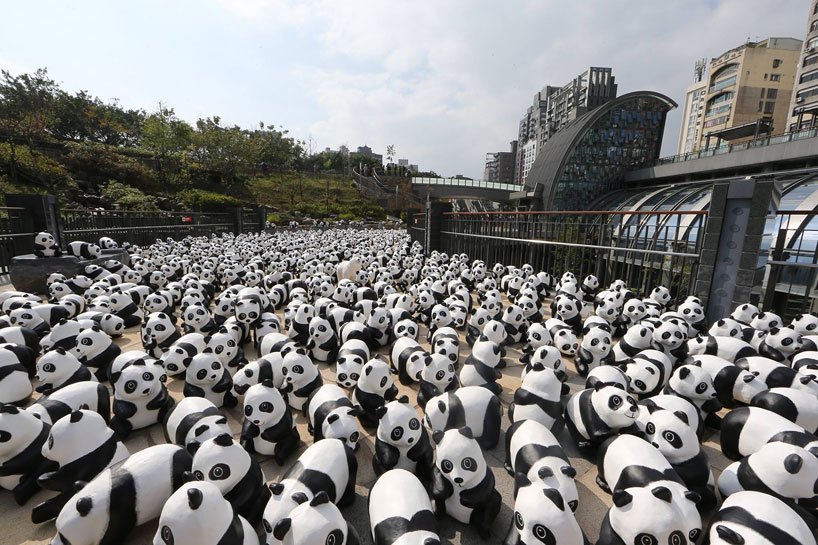 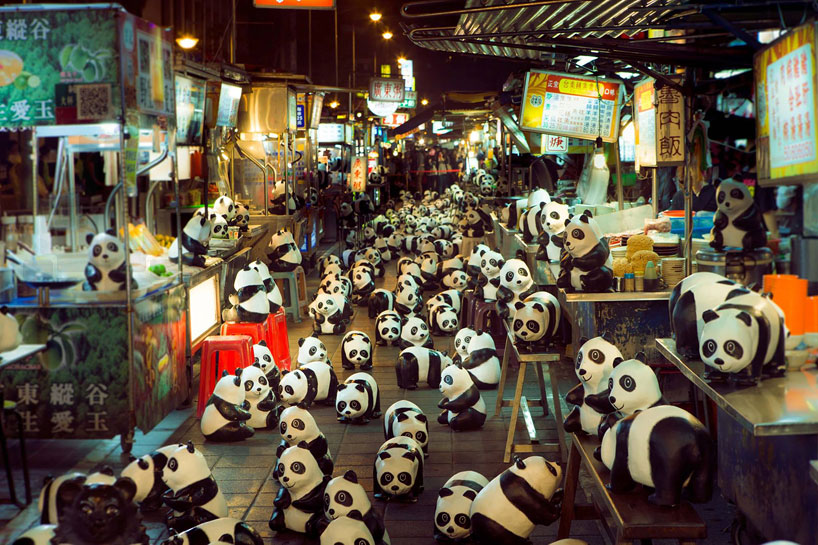 the art intervention raises awareness to the threats from humans, which have left fewer than 1,600 pandas in the wild 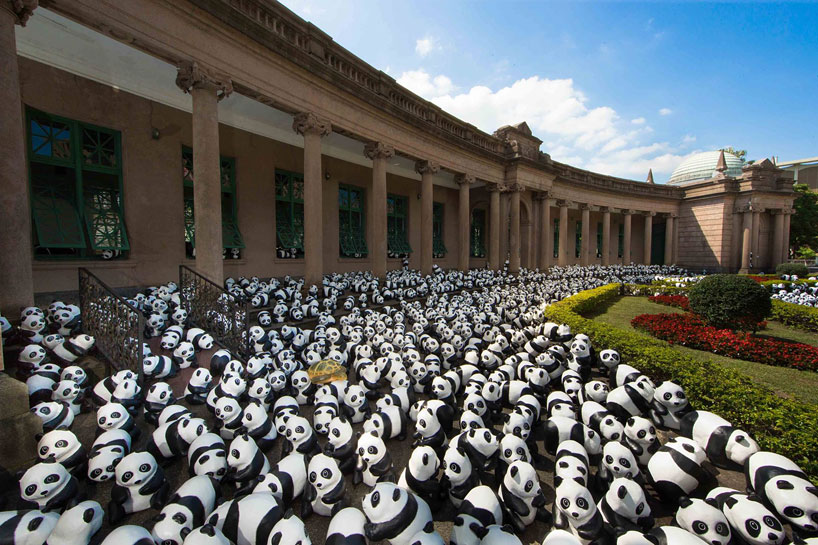 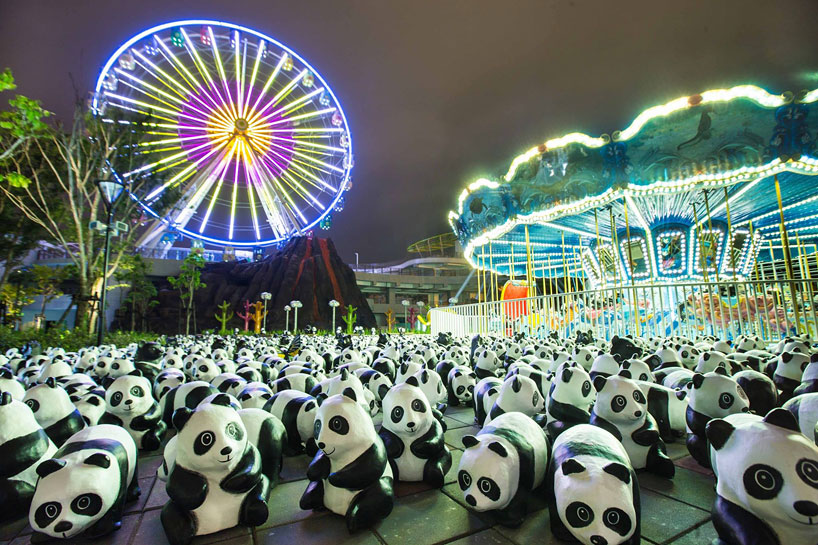 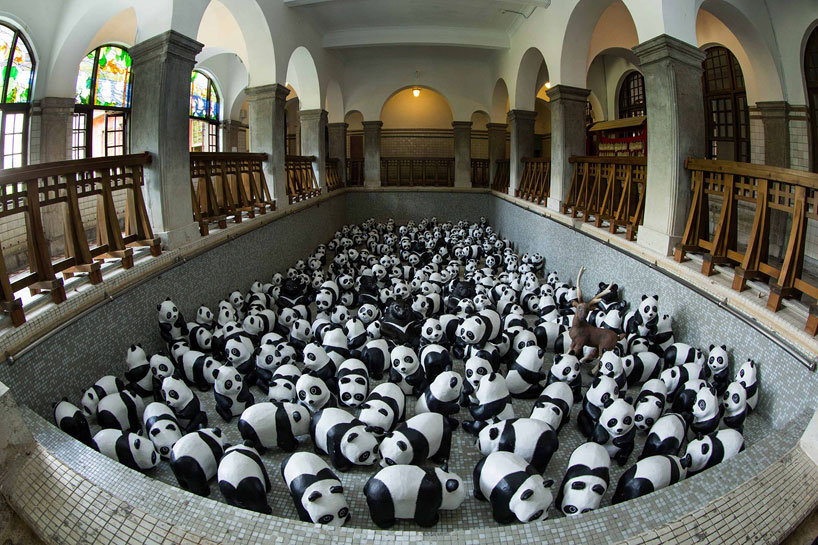 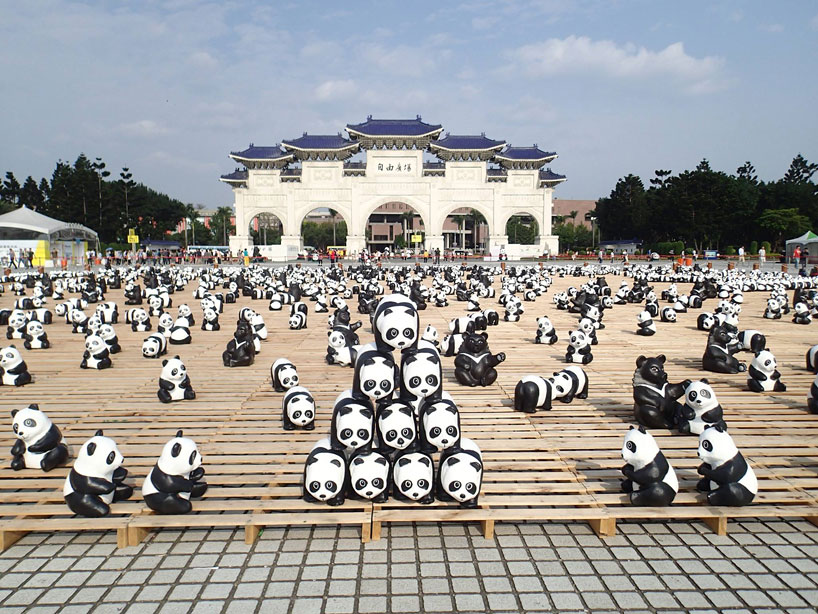 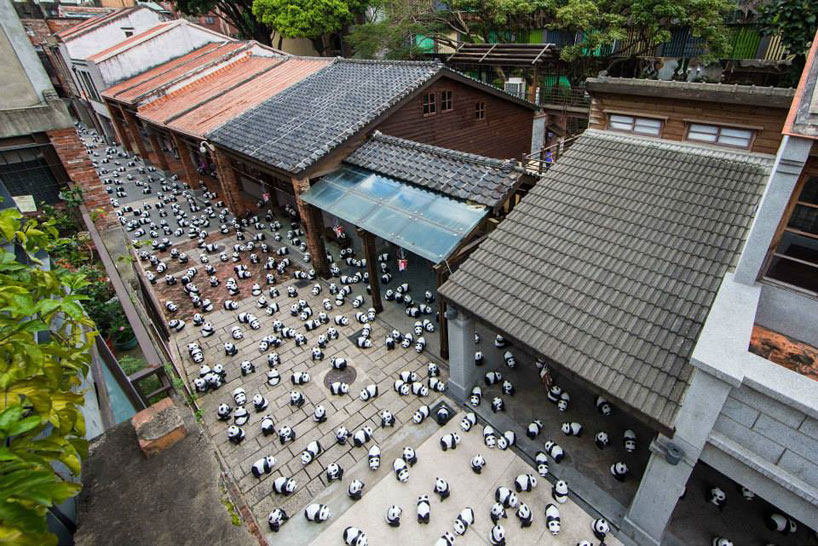