in the russian village of kamarchaga, in the siberian taiga, russian pensioner olga kostina has used 30,000 plastic bottle caps to adorn her home with colorful patterns and images – making it somewhat of a local landmark. over many years, in the isolated rural town situated just in the perimeter of the taiga’s forest, kostina collected the lids and once she felt there was enough she created detailed murals across the walls of her home with images of traditional macrame motifs and various creatures living in the neighboring woodland. hammering every cap by hand, kostina used the conventional macrame technique of weaving and knit knots to fabricate the detailed mosaics. 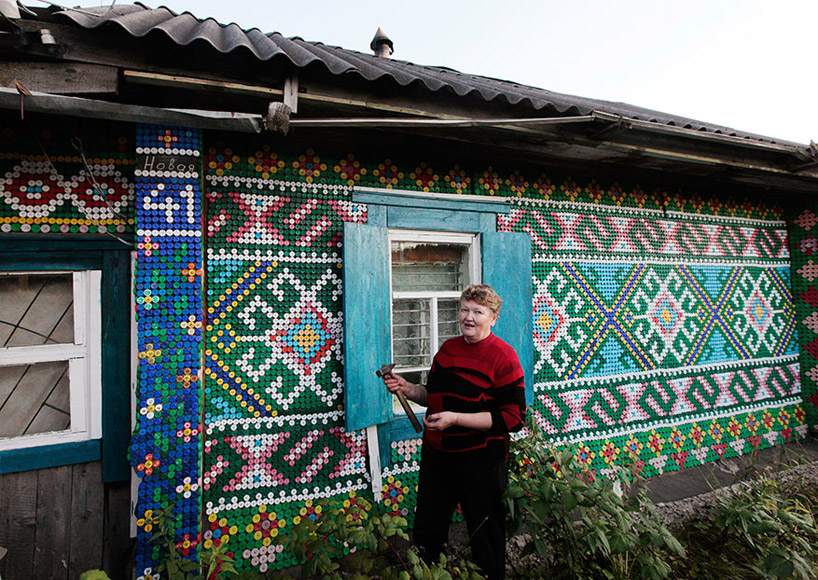 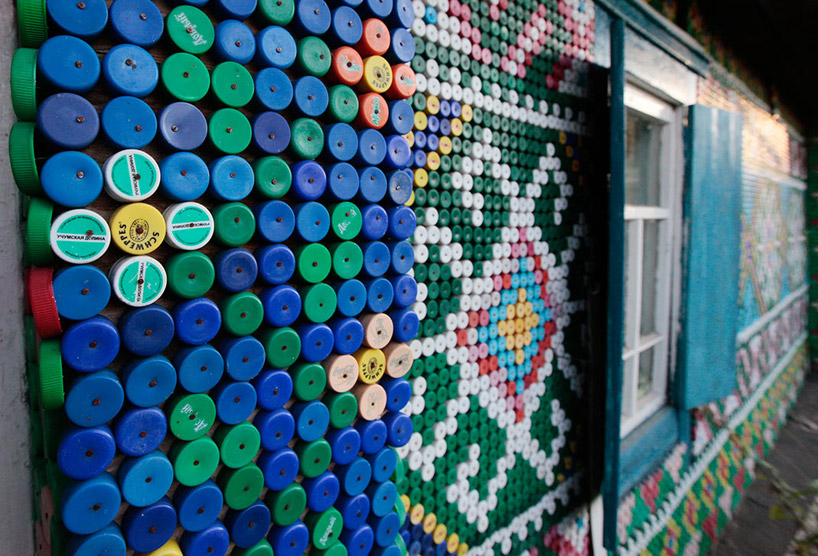 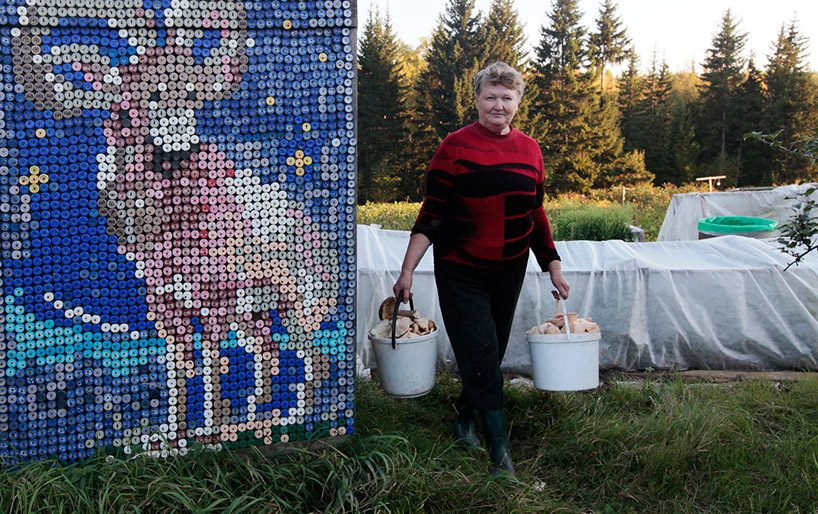 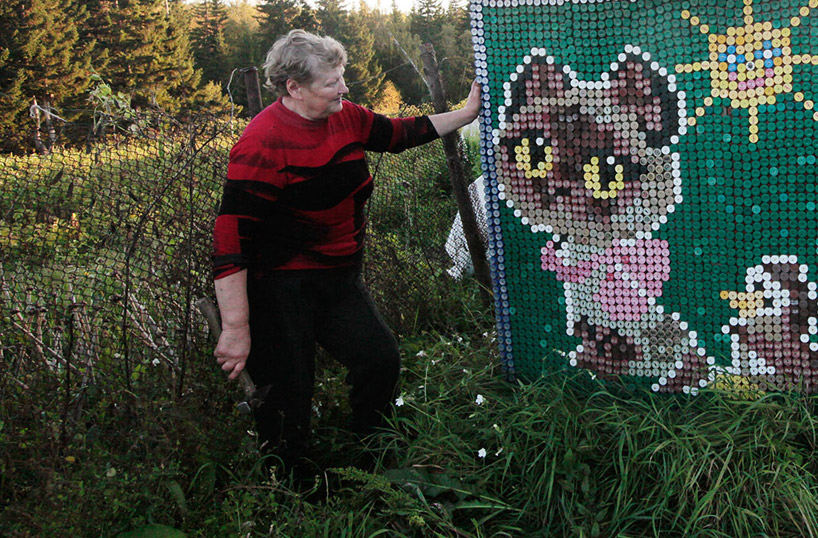