in the late afternoon, guggenheim museum receives an influx of visitors, making the environment busy and brimming with art and culture aficionados. but the scene changed on march 5th when a group of new-york artists launched 350 paper airplanes into the air, the pieces floating first from the top floor of the museum before gliding onto the ground. the agenda calls for a no-fly zone over ukraine printed in paper airplanes and accompanied with a QR code that comprises a list of actions and organizations attendees may tap into to contribute to the cause.

the flyer states: ‘this jet is made of paper. but what if it were steel and carried bombs over the heads of the ones you love? right now, russia is making deliberate efforts to blow up the largest nuclear plant in europe in order to wipe out the ukrainian population. this would give putin control over ukrainian land. but that is not the end. russia wants to move its nuclear arsenal to the ukrainian-polish border and push its army further west. putin has openly said this many times. this is no longer a local conflict. act now to save the world. ask president biden to declare a no-fly zone over ukraine. protect the sky over ukraine. full embargo on russia. boycott russian influence in cultural and political institutions.’ 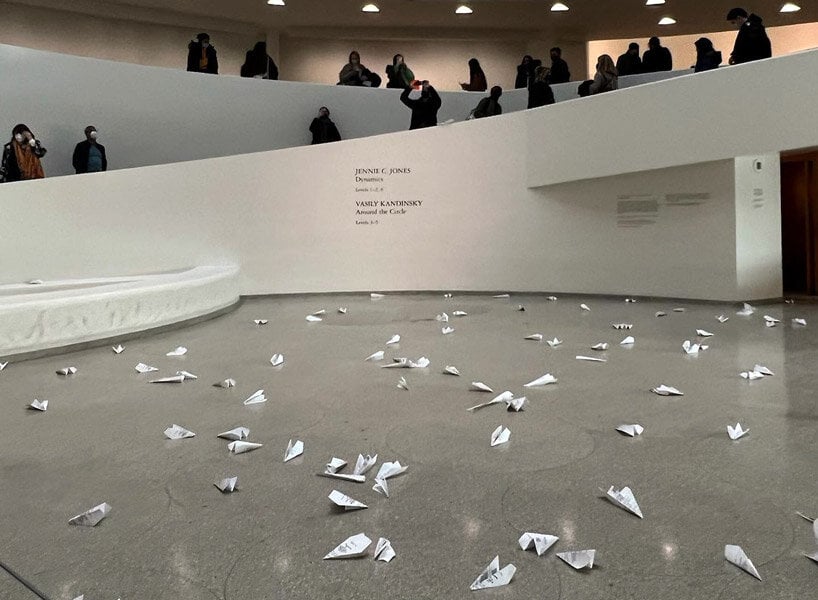 a group of 15 artists and activists from different backgrounds had organized the action including artists anton varga, v pan, volk lika, and bea fremderman, according to reports. the group shared that the museum’s security prevented two of the artists and activists from entering the museum. guggenheim is yet to comment on the incident and has not yet published anything concerning the issue on their social media and official website. 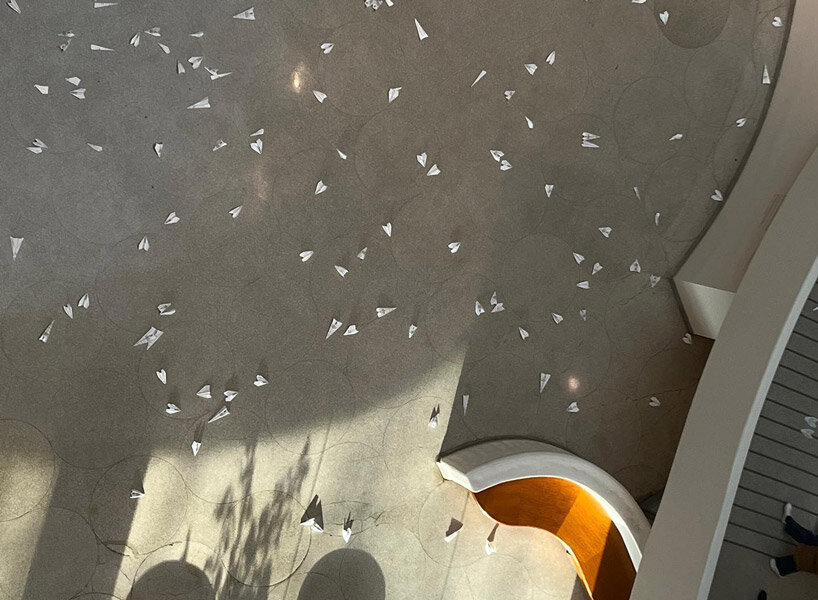 view from above (image by betty roytburd)

president volodymyr zelensky of ukraine had requested NATO to impose a no-fly zone over ukraine, but the military alliance rejected the request and announced that it would not intervene by air or land for the fear of dragging more countries into the conflict. NATO’s secretary-general jens stoltenberg shared that, in fact, its members had rejected the possibility of going against the russian forces. 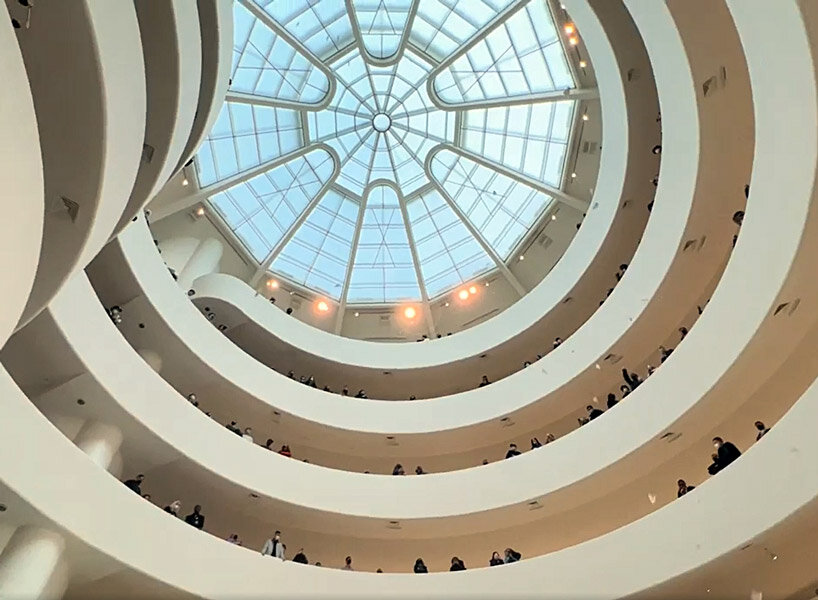 paper planes view from below (image by katya pavlevych) 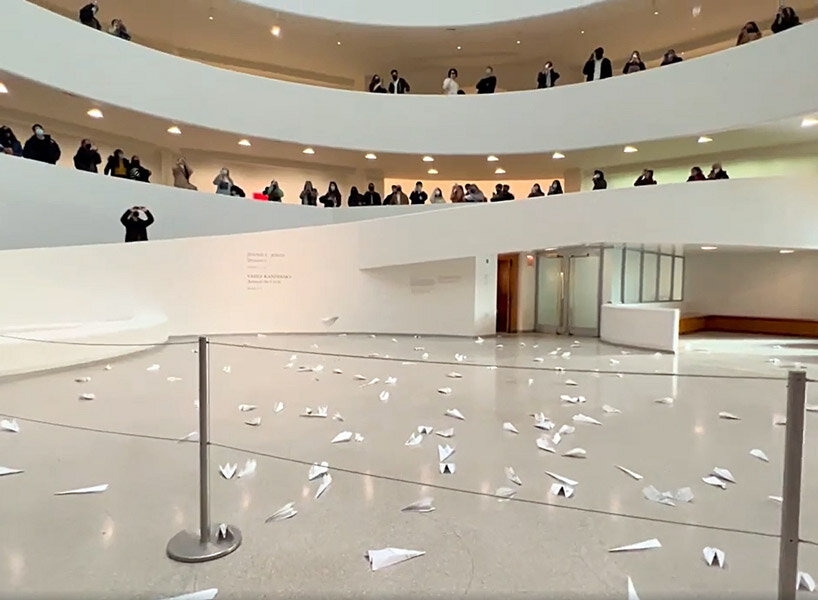 paper planes landing on the ground (image by katya pavlevych) 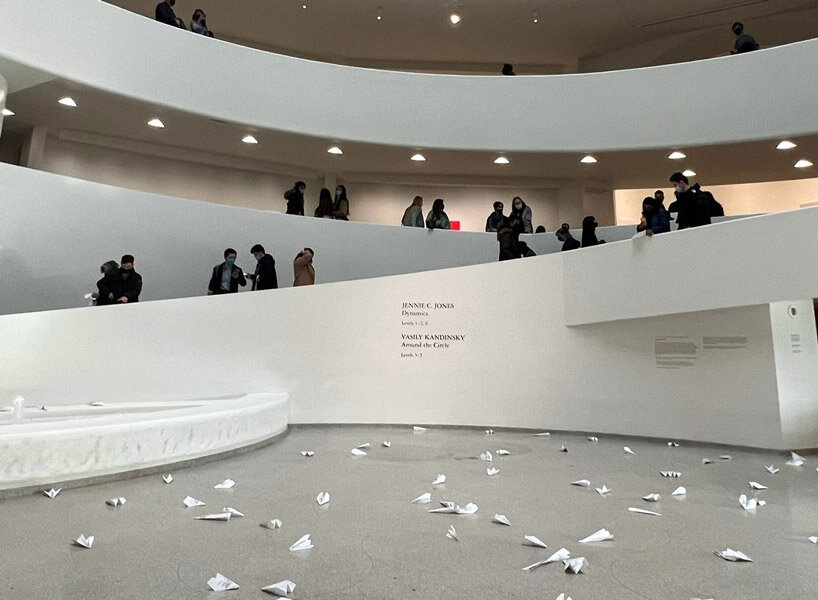