polish architect hubert roguski takes a modern approach to atlas work, creating a range of 3D city maps using layers of laser-engraved wood. illustrating cities from around the world including new york, los angeles and rome, he layers sheets of ply to detail the various elements that make up these urban spaces. 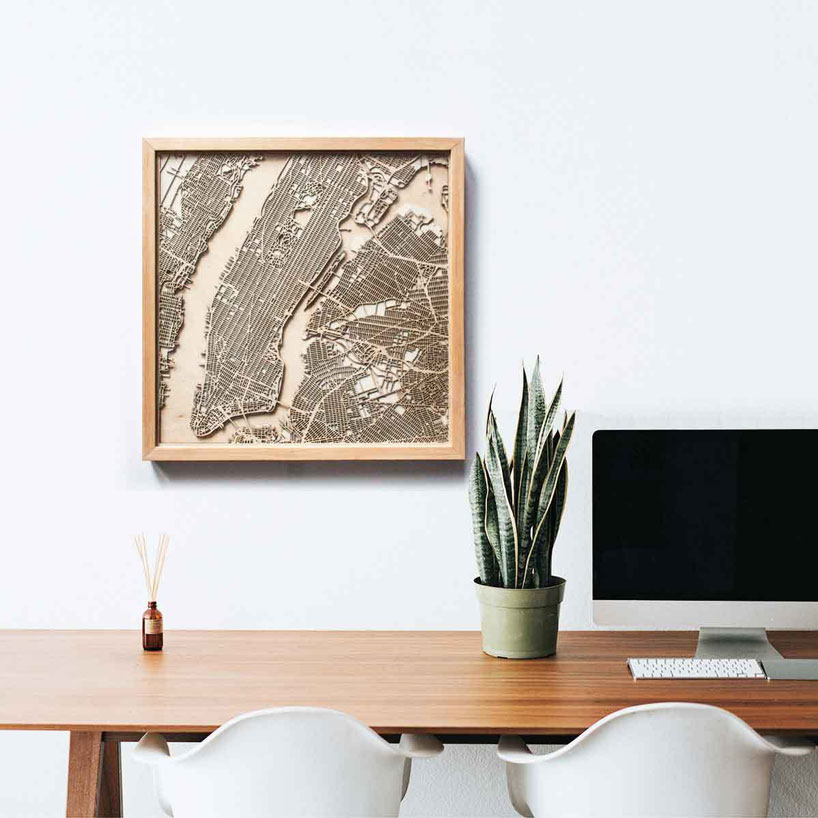 images courtesy of the city wood

each one of the 3D city maps is created using city data made up of roads/streets and rivers, which are converted into layers to create depth of the design. roguski uses 1/8” inch sheets of plywood, all of which are hand-sanded and precisely finished in details. each layer is cut separately with a one hundredth of a millimeter precision before being polished with sand paper and finally finished with varnish. 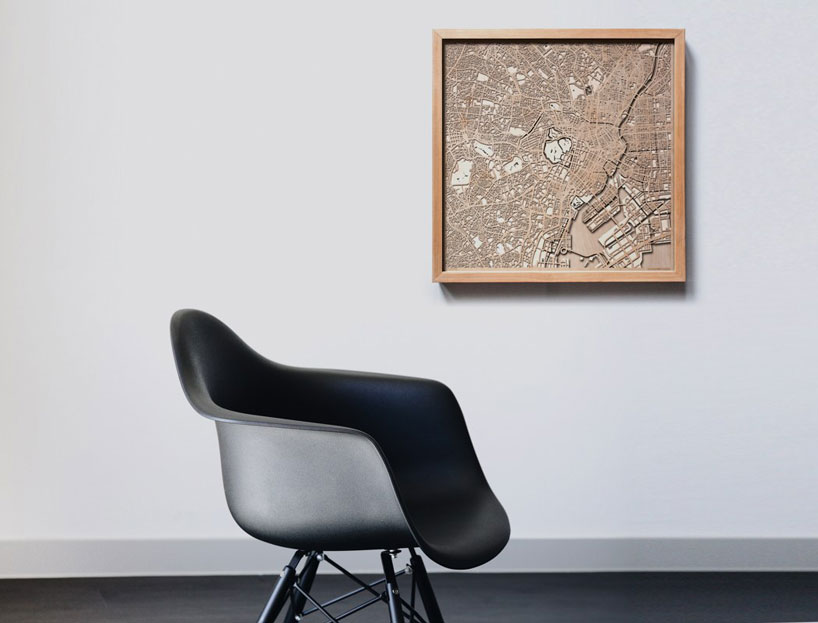 roguski studied urban planning, cartography, and woodworking for several years, before deciding to combine all three. so far, there’s a wide range of citywood maps, including new york, los angeles, berlin, paris, and rome, but there are plans to expand the list.

‘I’ve come a long way from the moment when I first came up with the idea to design maps,’ says roguski. ‘my first projects [were] art graphics of maps. I created hundreds of maps of cities around the world.’ 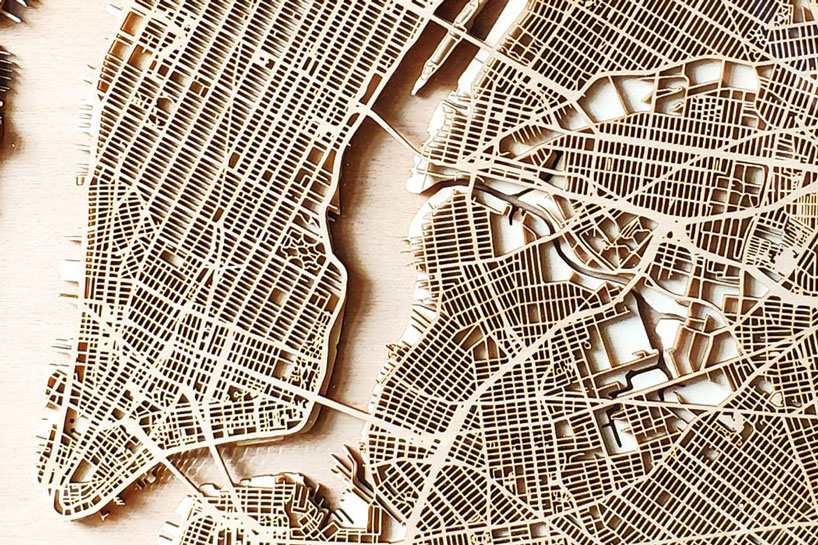 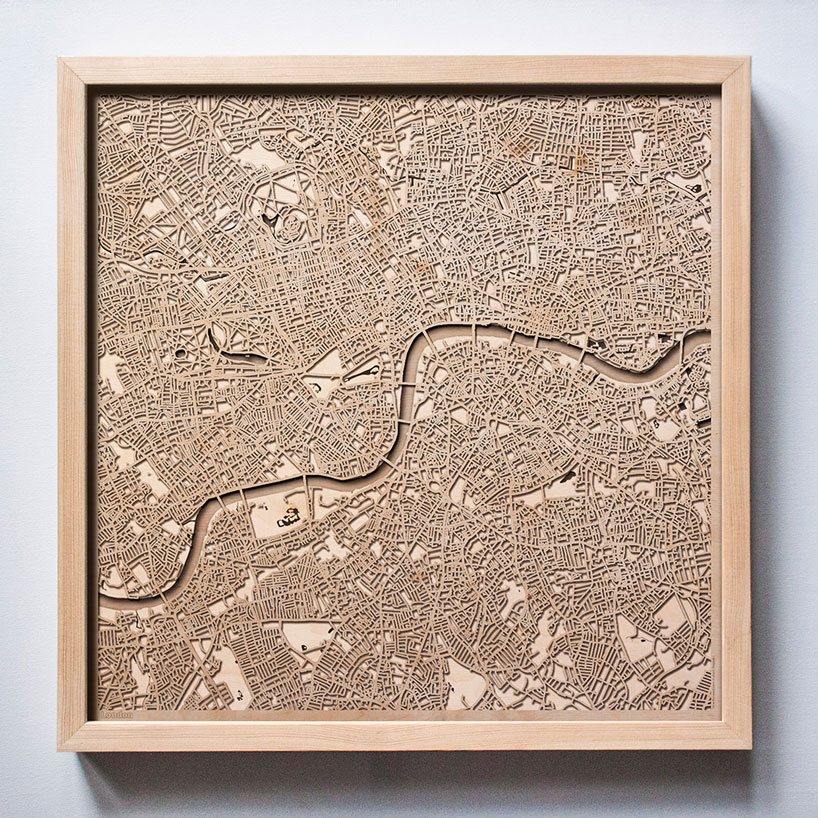 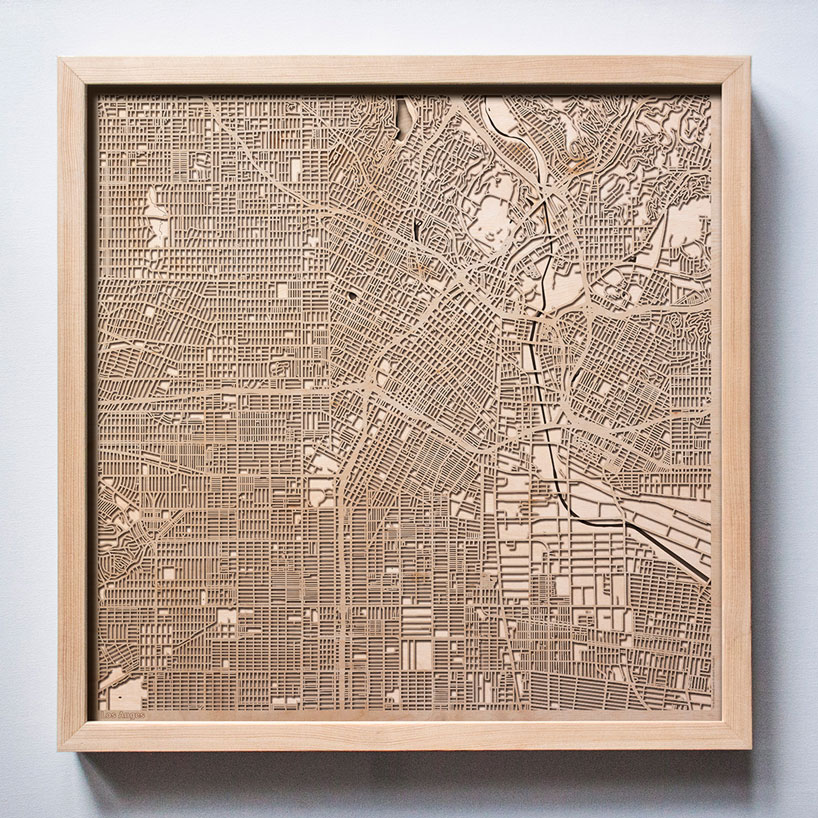 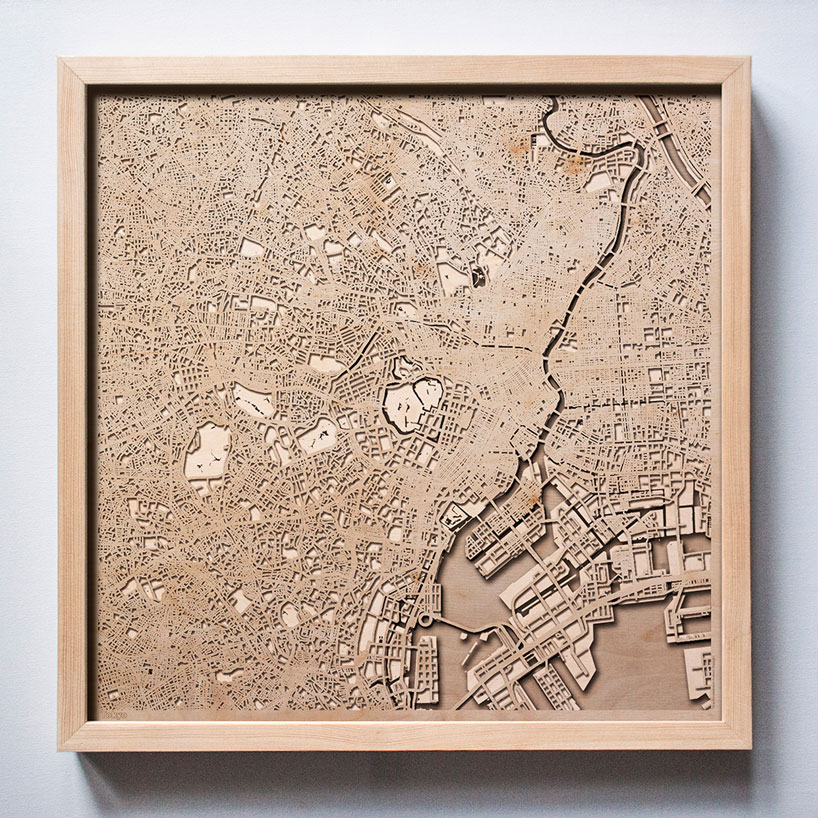 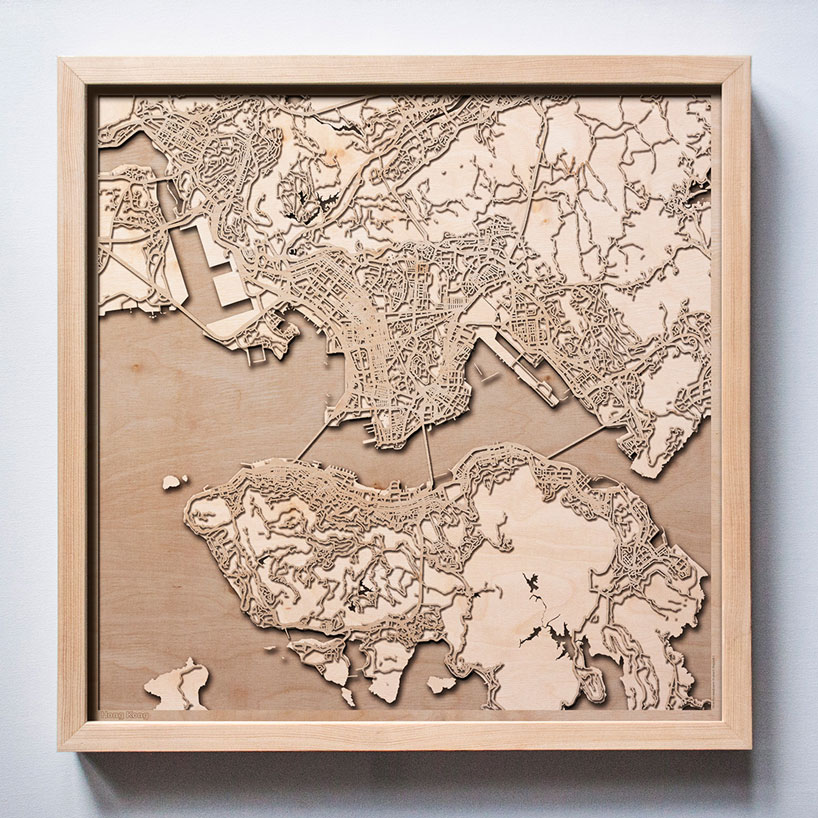 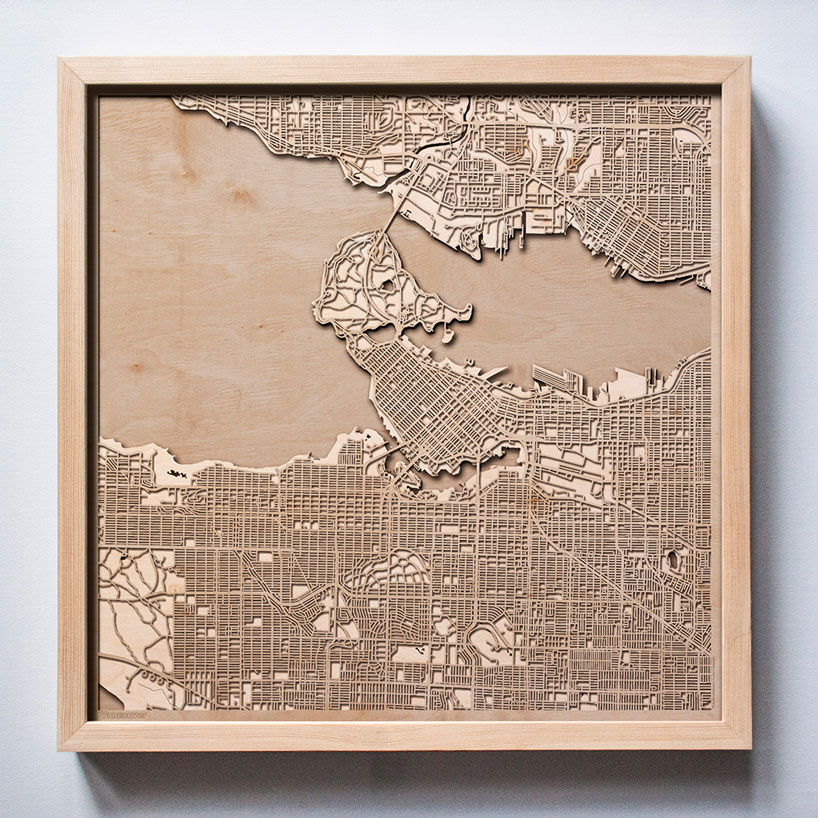