as part of the london 2012 festival new york and amsterdam-based studio yesyesno adorned a 117km expanse along the hadrian’s wall world heritage site in england with hundreds of large-scale, pulsating light-filled balloons entitled ‘connecting lights’. the digital art installation consists of about four hundred 2 metre diameter weather balloons that transmit messages between each other – these sent in from people via an online platform. these messages are translated into LED lights that change color to create a vibrant row of blinking orbs, shown in several locations across the wall open to the public, including the errington arms in corbridge, housesteads roman fort, carlisle castle and tullie house museum.

one of the collaborators on the project zachary lieberman comments on the work:

‘we are nerd artists who try to find a poetic way to use technology – in this case it’s LEDs and radio communication. hadrian’s wall is set in amazing landscape, it’s incredibly beautiful and the other thing I love about the wall is that it goes through so many different types of environments – windswept plains, craggy rocky landscapes, straight through cities. that diversity of environments I found really powerful. I also felt it’s very peaceful in places and we wanted to capture that. ‘connecting light’ celebrates the whole of the wall.’ 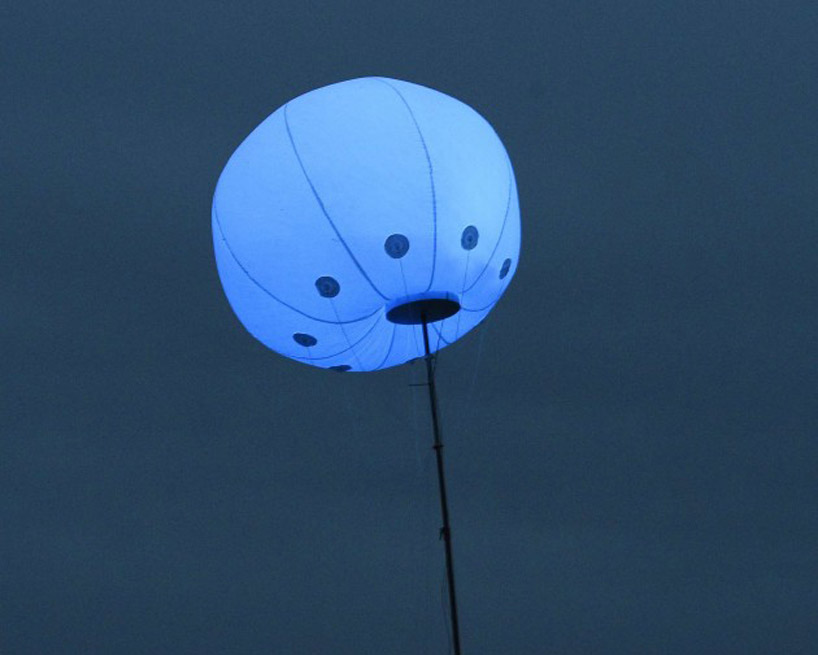 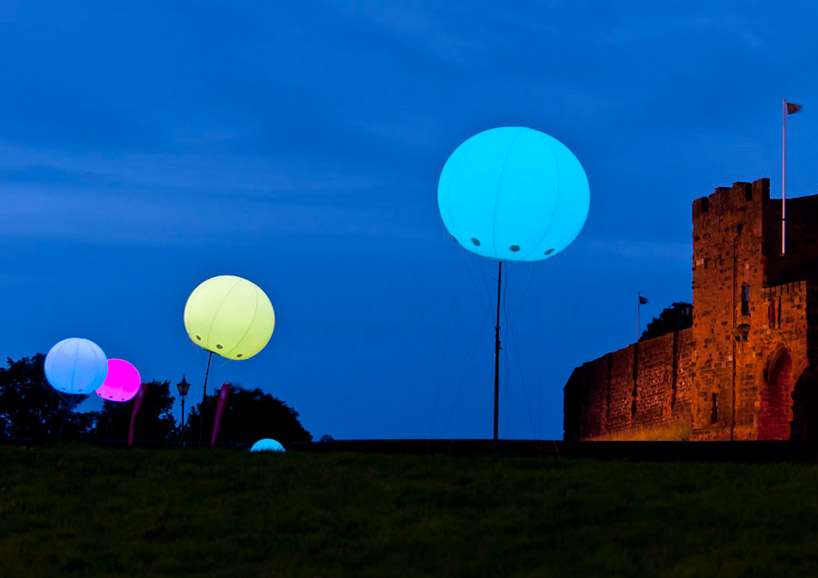 the installation lit up the english landscape image © paul mcgreevy

the LEDS behind the balloon image © artist

the electronics in preparation for installation image © artist

setting up the artwork image © artist

a sketch of the concept image © artist 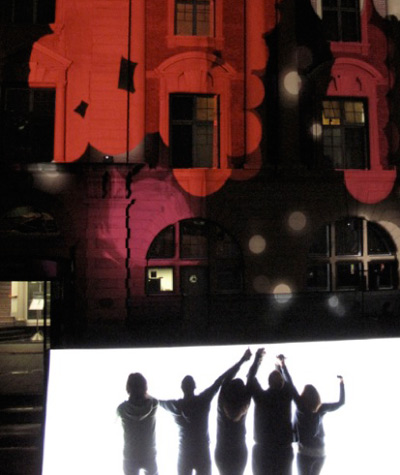