the exhibition at de pont museum in tilburg, netherlands runs until june 14, 2009.

photography, painting and installation… the work of contemporary german artist gerhard richter contains elements of all three. 48 portraits (1971/72) is a series of paintings that were first shown in the german pavilion at the venice biennial in 1972. 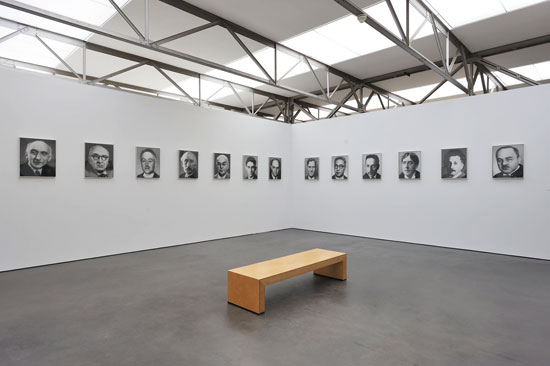 richter presented these portraits, hung in a line, all at the same level, and ordered according to the position of the head, with a sequence of gazes that fanned out from the centre to the left and right. 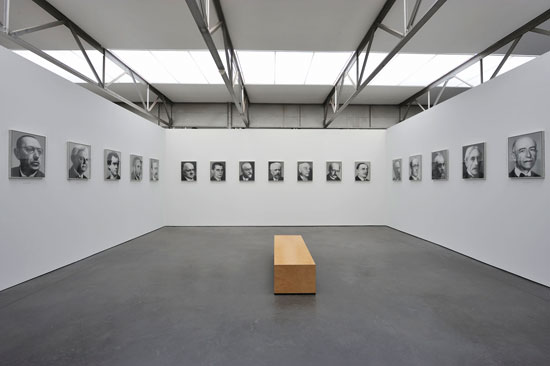 image courtesy de pont museum of contemporary artthese painterly images, based on the black and white reproductions in encyclopaedias, came out after having excluded pictures of artists, women and politicians from a selection of 288 original photographs chosen by richter for another, previous work. 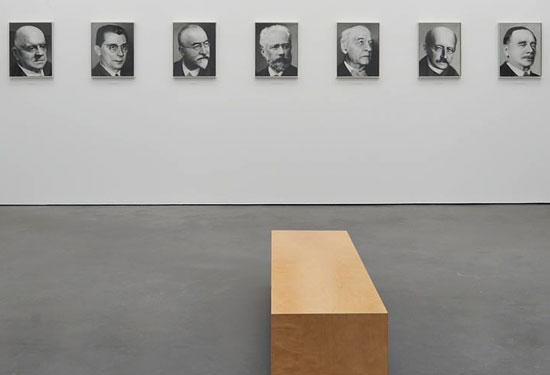 grayness pervades everything. the grayness of gerhard richter’s work is instructive, and distressing. the moments are not false but the records are falsifications that inherently disregard what came before and what came after. richter evolved a method of unpainting, which meant painting a scene based on a photograph, black and white, and then brushing to blur the images. 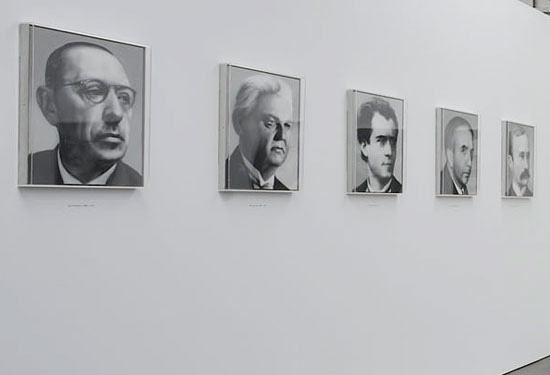 they are whole, basically untouched, accepted icons of history. by obscuring the identities of the people depicted and questioning the relationships between them, richter’s portraits provide a fascinating insight into the way we view the world. 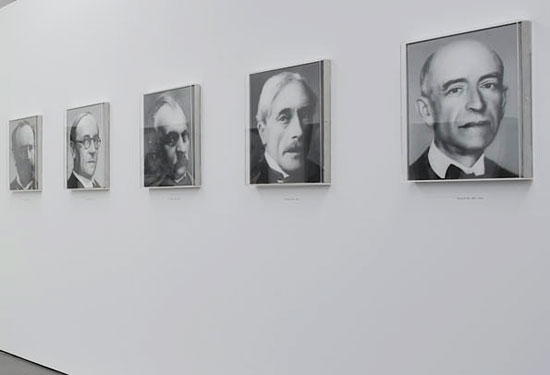 the work is on loan from museum ludwig in cologne, from april 2008 through may 2009, in exchange for the de pont’s hermes trismegistos by sigmar polke, which is on view in cologne during that period.

german artist gerhard richter was born in dresden in 1932. since the early 1960s he has tirelessly explored the medium of painting at a time when many were heralding its death. he has produced a remarkably varied body of work, including photography-based portrait, landscape and still-life paintings; gestural and monochrome abstractions; and color chart grid paintings.

ART NEWS
meet SOULS, the interactive NFT collectibles that dance and sing by SiA and david oreilly
we spoke with david oreilly about the 10,000 unique interactive beings that bounce, dance, sleep, and speak in a musical language sung by SiA.
art
360 shares
connections: +110