for over 50 years, the methods involved in the preservation process have evolved from pilots eating seed and crackers – allowing for gourmet diets like freeze dried shrimp and meats to be eaten (without sacrifying home-cooked flavor). the following curated images take a look into how the cuisine has transformed over the last half-century including the apollo and mercury space missions. 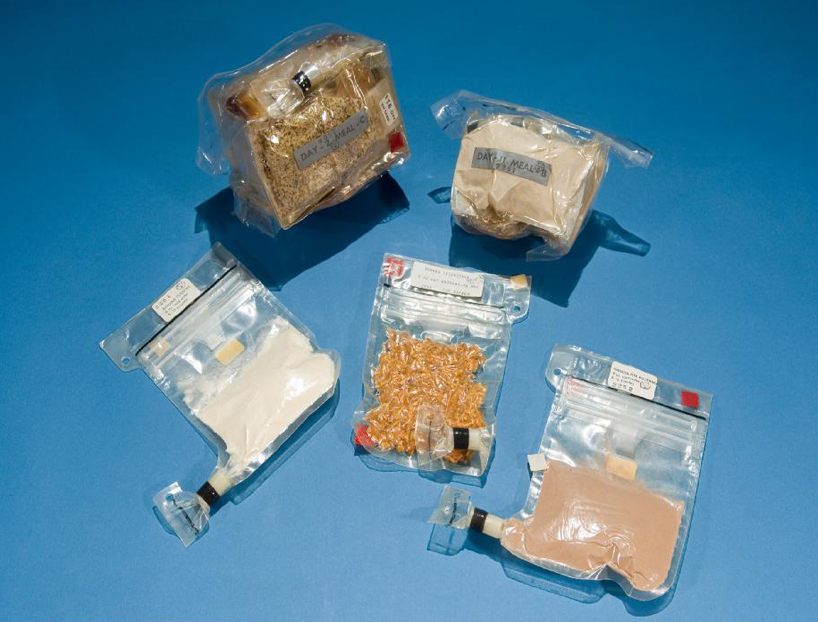 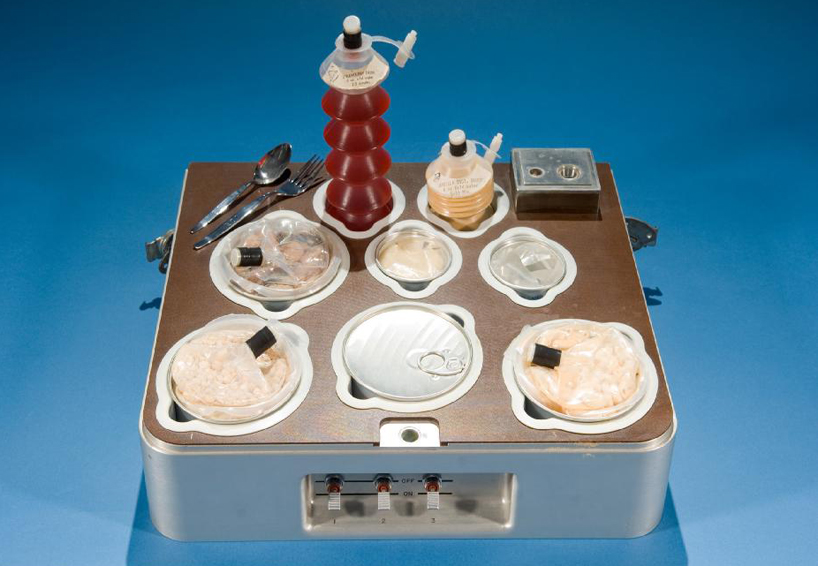 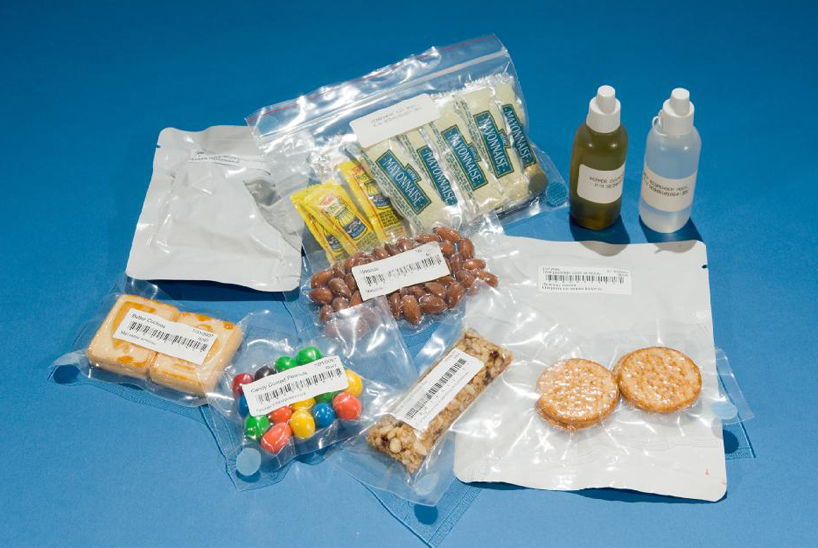 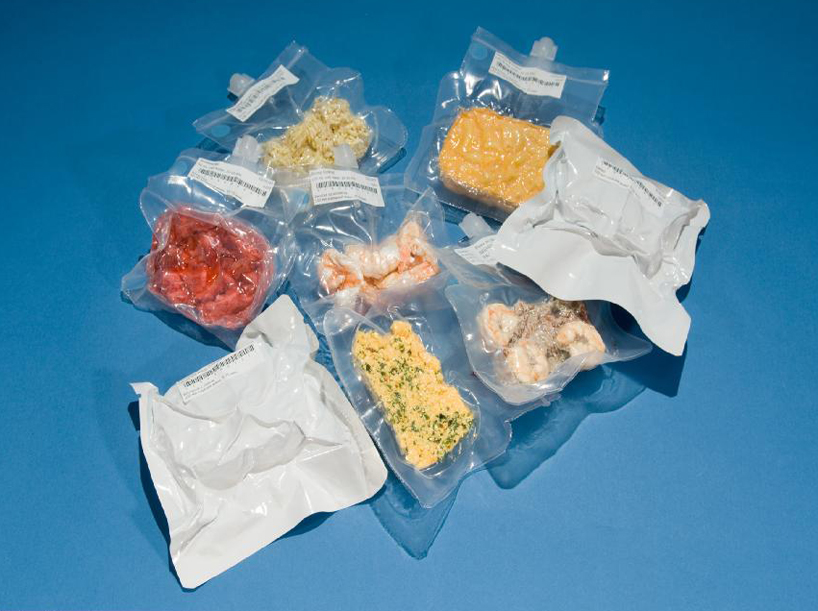 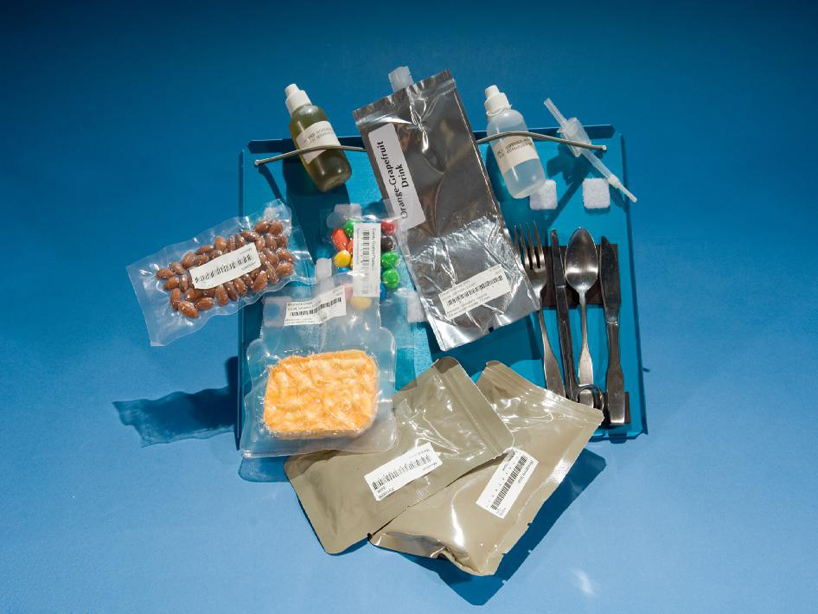 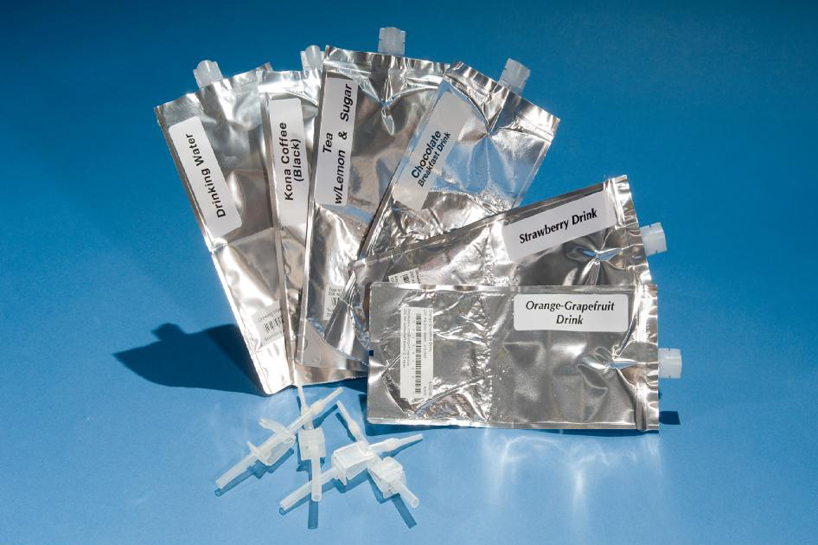 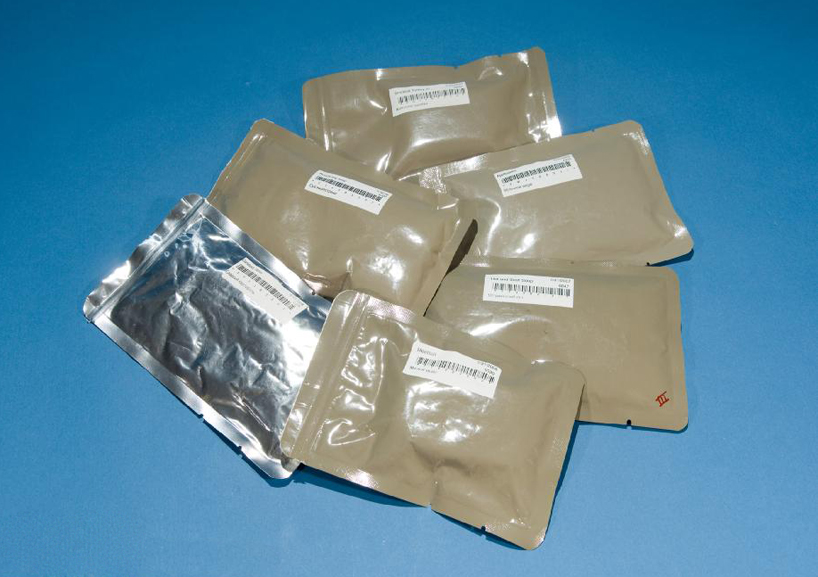 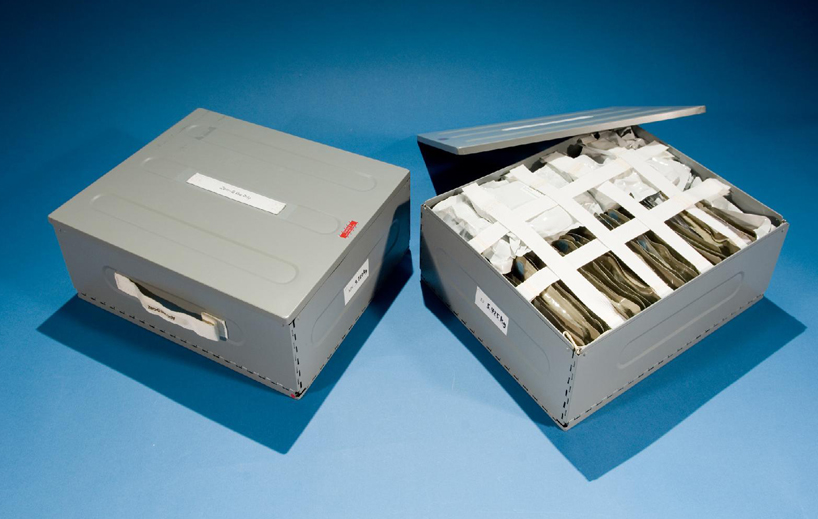 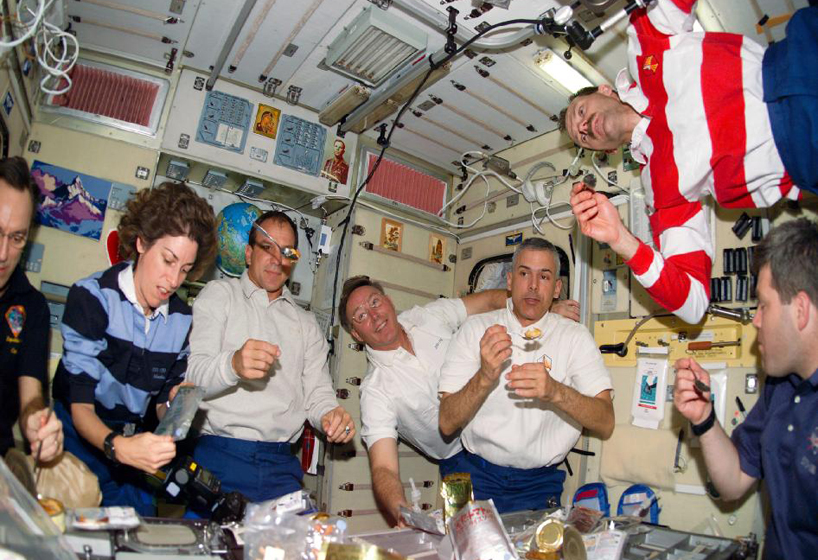 STS-110 crew eating on board the international space station