american photographer cy kuckenbaker has sent designboom his latest airport timelapse video which we covered earlier here. in this edition, kuckenbaker has again documented the 6 hours of departure of the planes from san diego international airport and condensed the footage into a 30-second video. the work is created through a special technique by singly isolating the image of each plane he has captured and consequently combining each one together to create a surreal swarm of aircrafts.

a video showing the timelapse 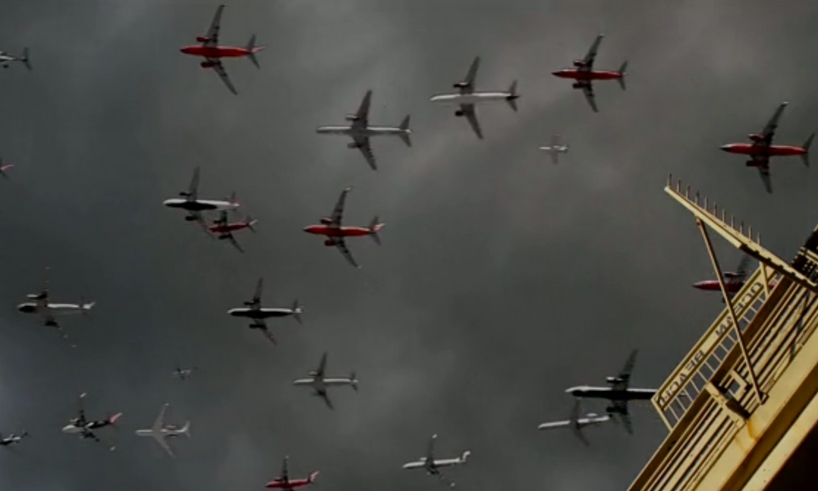 a surreal swarm of aircrafts captured throughout the day 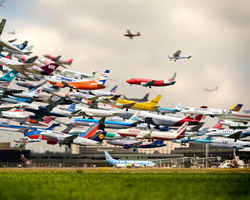