‘centennial chromagraph’ is a life-size, tactile infographic representing the history of the university of minnesota school of architecture made from 8,080 colored pencils. design and research studio variable projects used computational tools to generate a physical construction of collected data from the over the 100-year history. the installation’s 100 robotically-routed plywood ribs are joined together by a chromatic array of #2 pencils.

the specific contour of the panels reflects important eras and historical periods of the school, while the hues of the pencils echo the school’s evolving degree programs. for example, a large curve crescendos out from the center of the piece, materializing the thirty-year tenure of ralph rapson as head of the school of architecture, while the prevalence of the bachelor of architecture degree is manifested in the large number of red pencils that extends across a 60-year period. 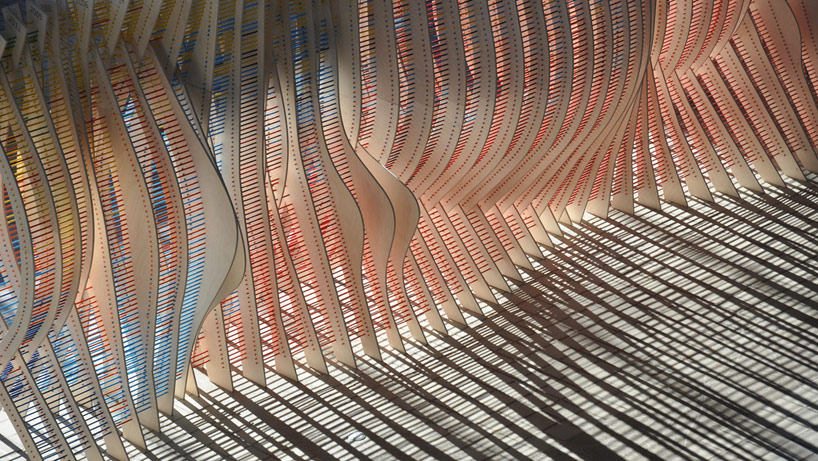 pencils and wooden ‘ribs’ cast a shadow on the floor 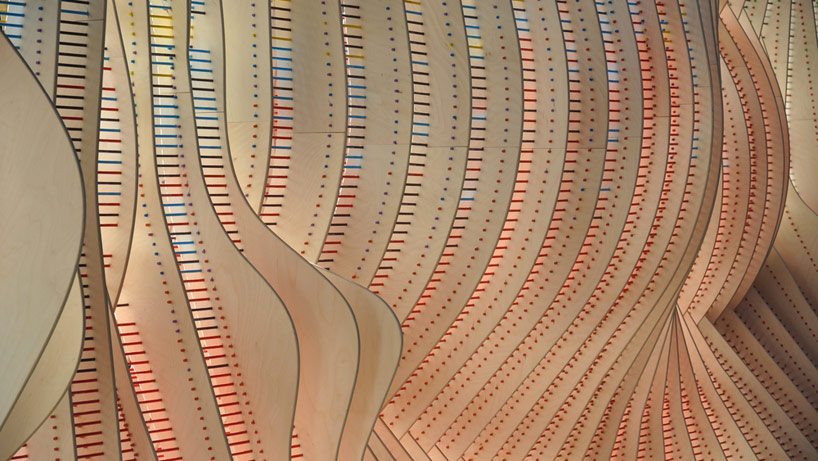 each curve represents a specific portion of data 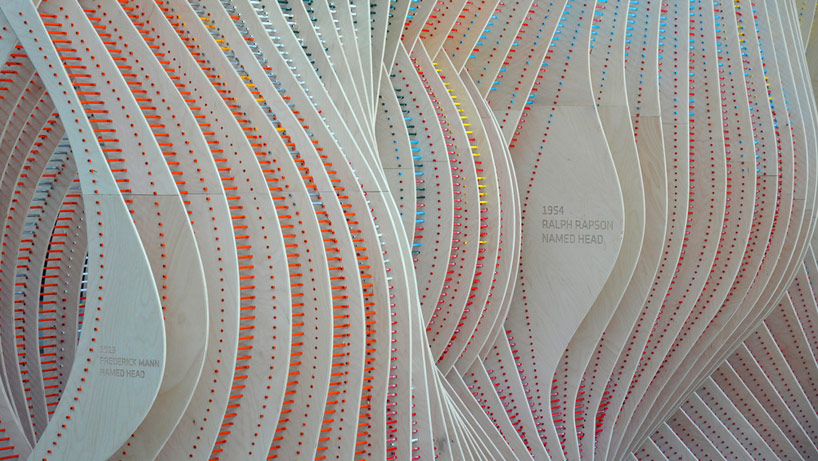 the installation acts as a timeline of events 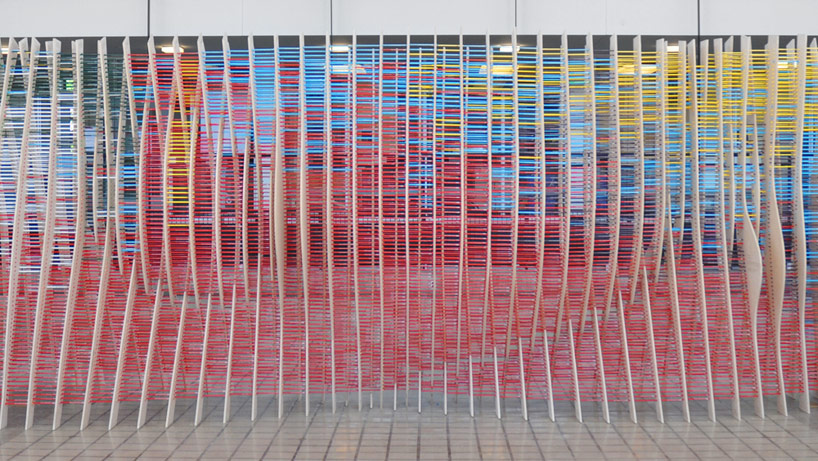 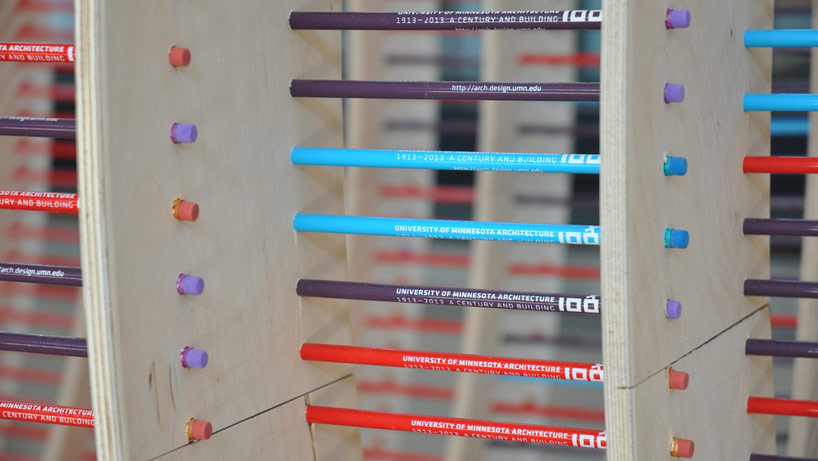 the wooden boards outlining the history of the school 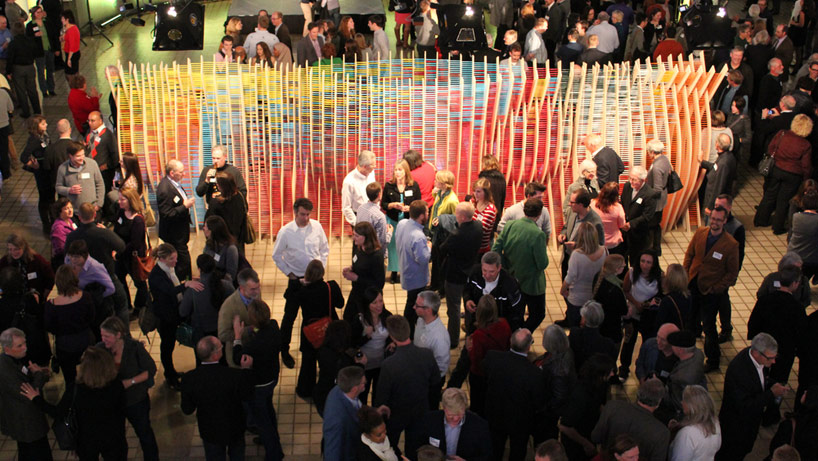 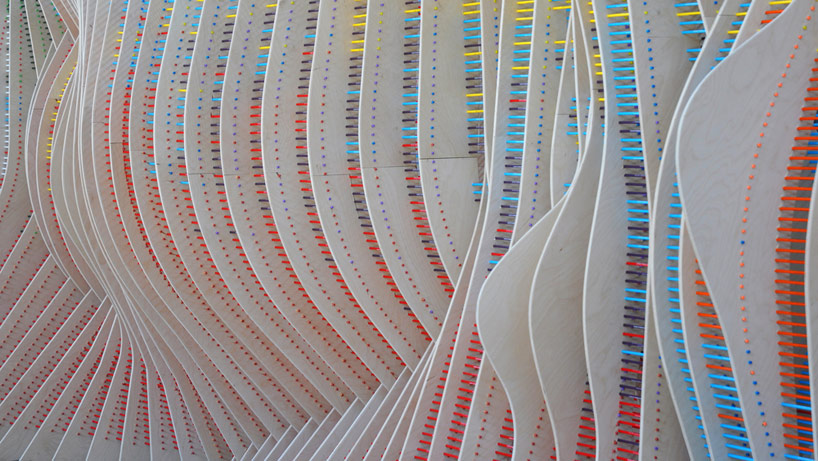 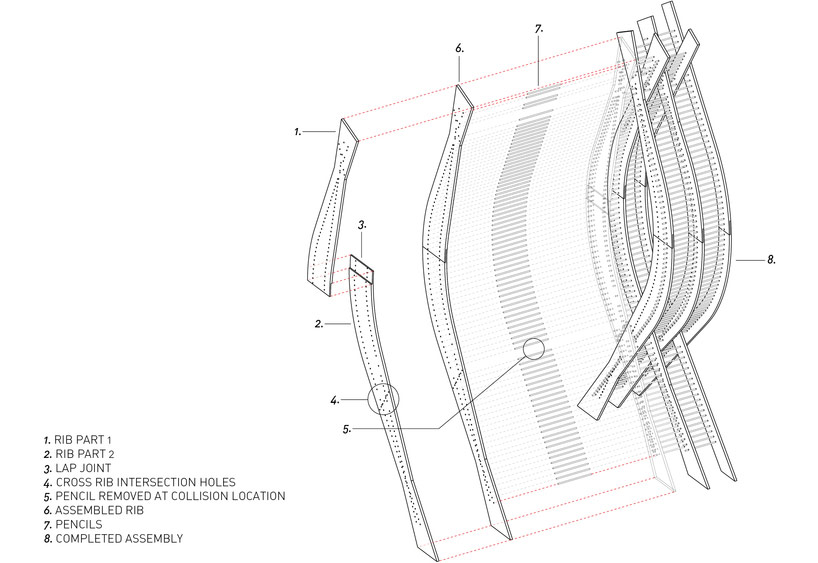 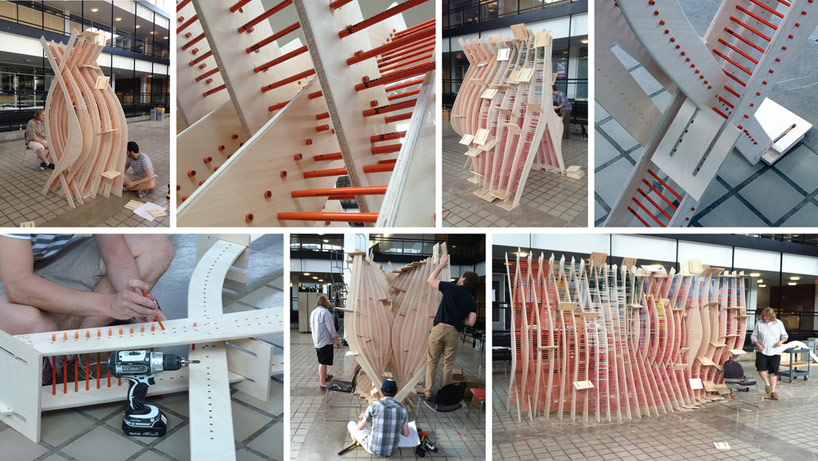 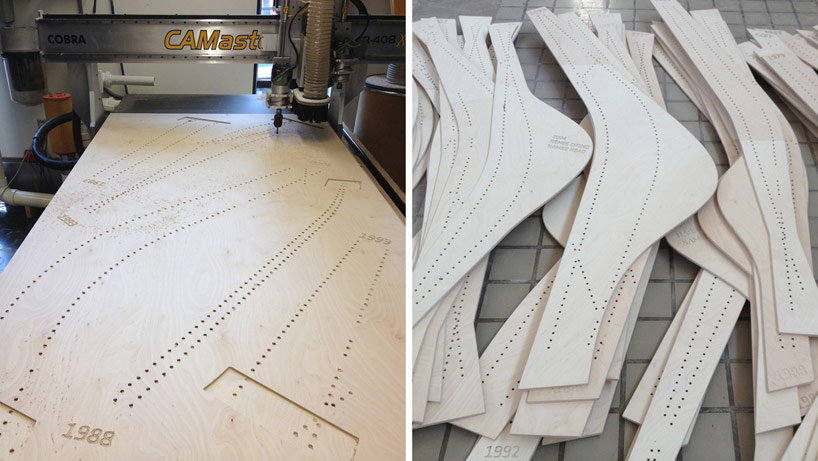 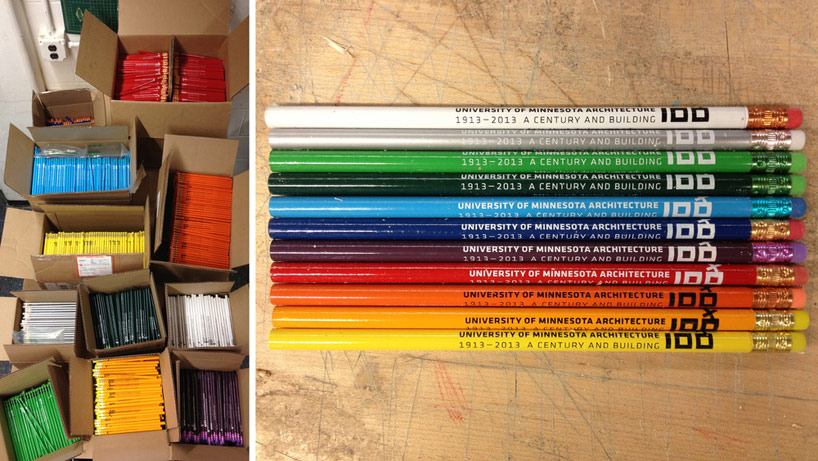 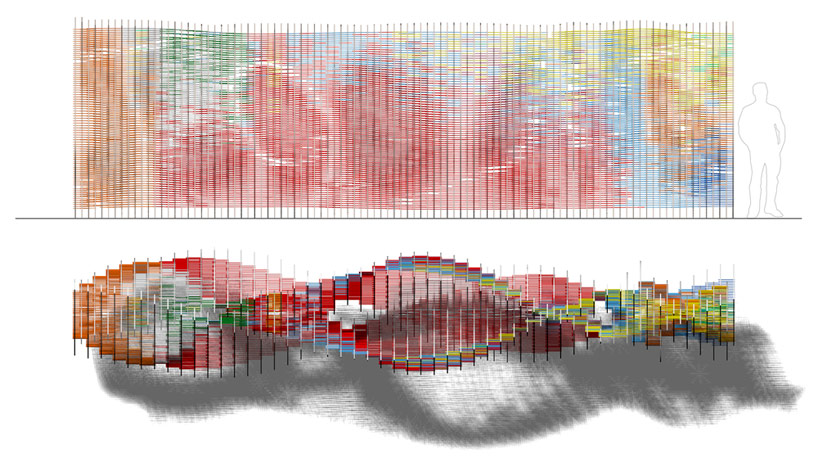 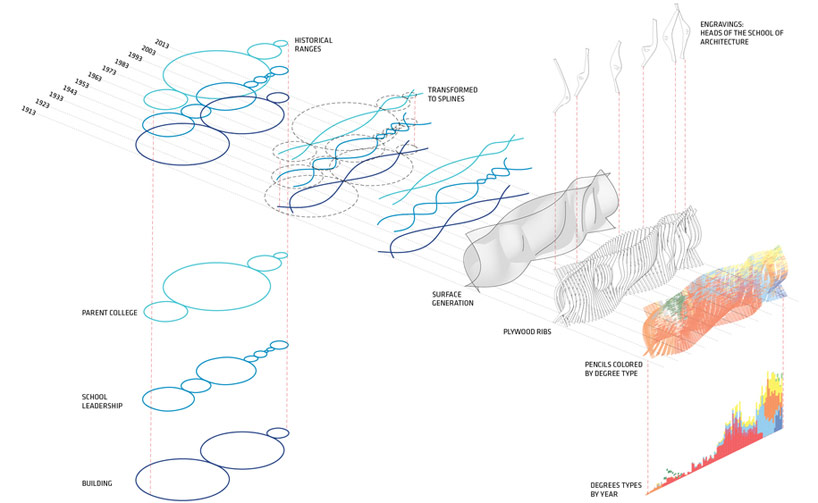