the three gorges dam is china’s most ambitious construction since the great wall. in july 2012 the largest hydroelectric project in the world was fully functional for the first time. nevertheless, it supplies only 1.7% of the electrical demand in china. the project and its new 660 km long reservoir generated a huge environmental and human impact in the yangtze valley, flooding 13 cities, 140 towns and 1,352 villages, submerging nearly 8,000 years of chinese history. it has so far forced 4 million people to relocate. new and bigger cities have been built on higher ground, keeping the same names from the ones that disappeared. the three gorges reservoir has been turned into one of the top touristic attractions in china, and every season thousands of western visitors sail along the yangtze in luxury cruises enjoying ‘cultural parks’ that bring together new buildings or manufactured relics put together for sole purpose of entertainment.

in january 2013 spanish designer jorge mañes rubio decided to travel off-season along the yangtze river to collect and transform a series of objects that depict the complex changes that have occurred in the area. the dislocation between past and future, tradition and modernity, and between memory and progress is showcased in an alternative narrative – through which a more accurate experience of the area’s transformation is thoroughly revealed in an exhibition at the 501 contemporary art center, chongqing, china. 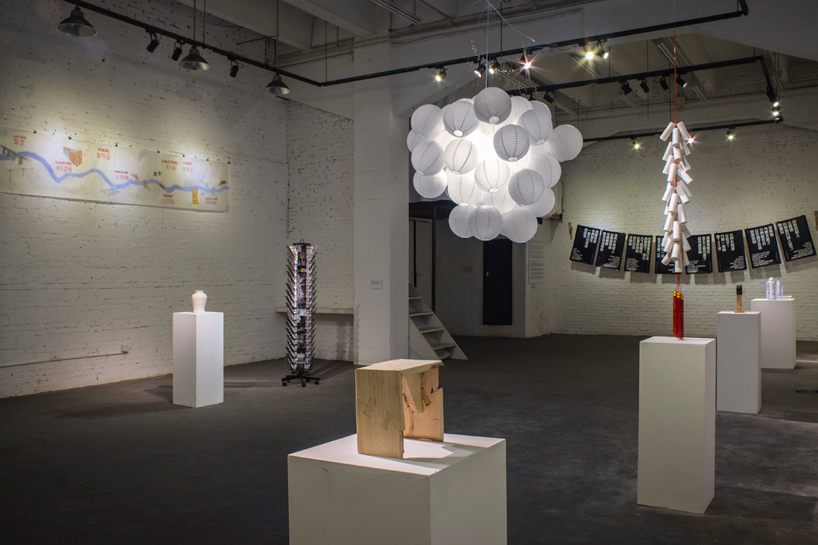 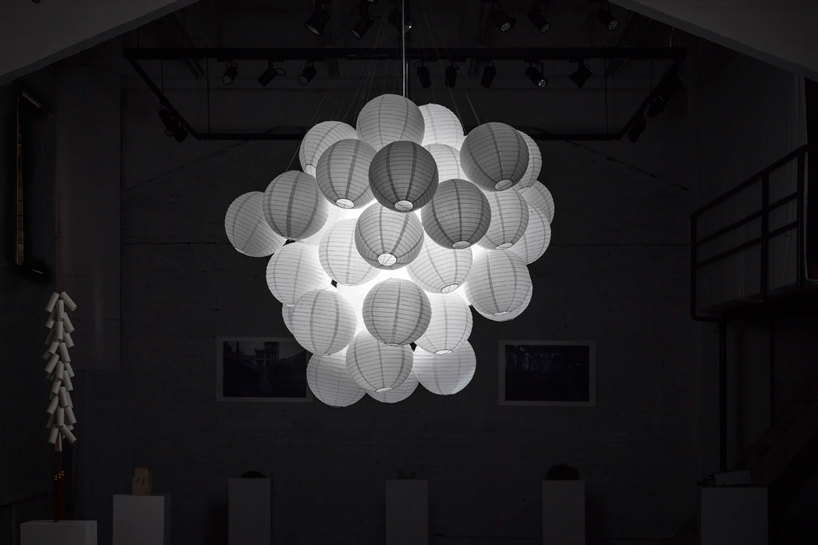 since ancient times chinese lanterns have been used for celebration purposes; each of them being individually lit and decorated with bright red colors symbolizing good fortune and joy. reducing them to plain white paper lanterns and assembling them all together,the designer transforms these individual entities into a bigger abstract sole unit. hanging simultaneously around the same light source, the yangtze chandelier symbolizes the dislocation between individual and collective identities. 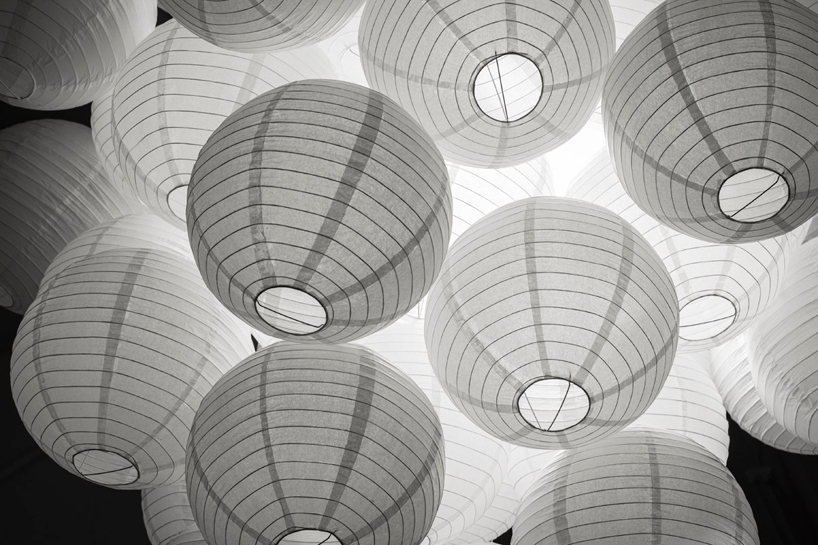 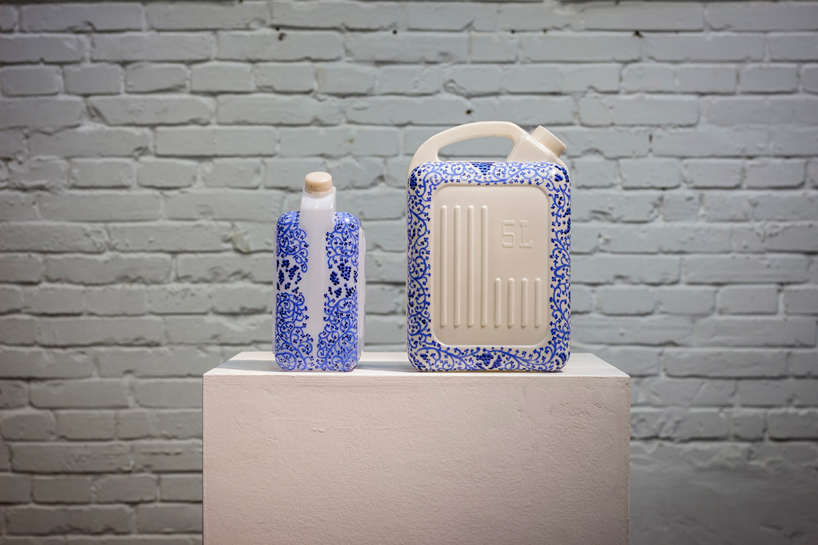 fengdu is an important tourist spot thanks to its ghost town, even if most of it was submerged together with the old town. a new relic park is being built but the meaning of this sacred place, more than 2000 years old, is lost to the locals. after talking to liao, one of the persons in charge of ghost town years ago, mañes decided to collect water from the river in two industrial jerry cans that he decorated with traditional chinese motifs. the object’s content becomes the precious souvenir while its container symbolises the conflict between tradition and progress that the city’s recent development represents. 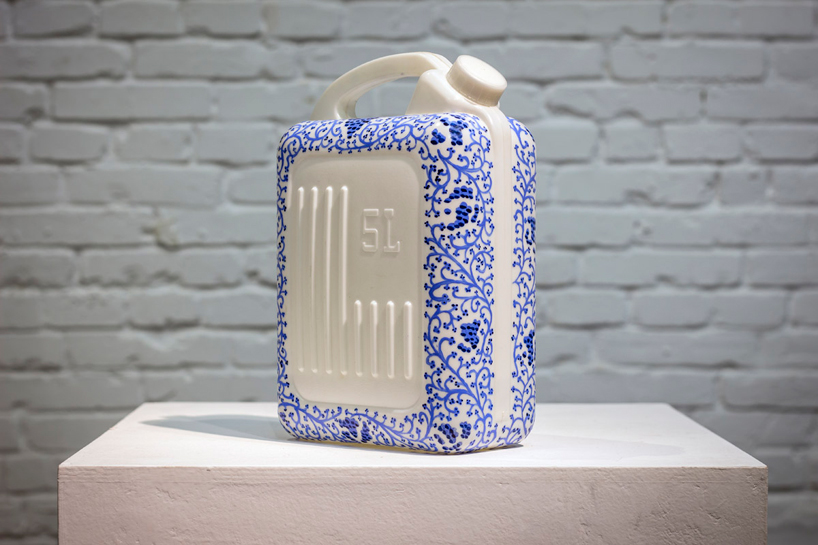 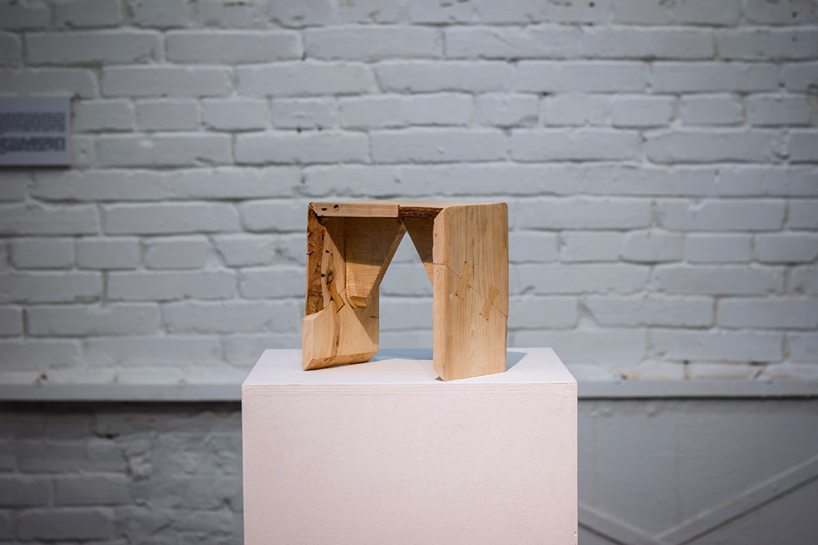 in what’s left of the old fengdu town mañes met mr zou & mrs qian, a couple of farmers who became carpenters after their land was flooded. now they have to work for a local boss manufacturing simple furniture in a small workshop, assembling prefab pieces of wood.mañes took four pieces of discarded wood from the workshop to remember this encounter, and later combined them into a small stool using the popular chinese nail-less carpentry. this kind of small stool is common in rural areas of china but like traditional carpentry is nowvanishing, being replaced for cheaper mass-produced furniture. 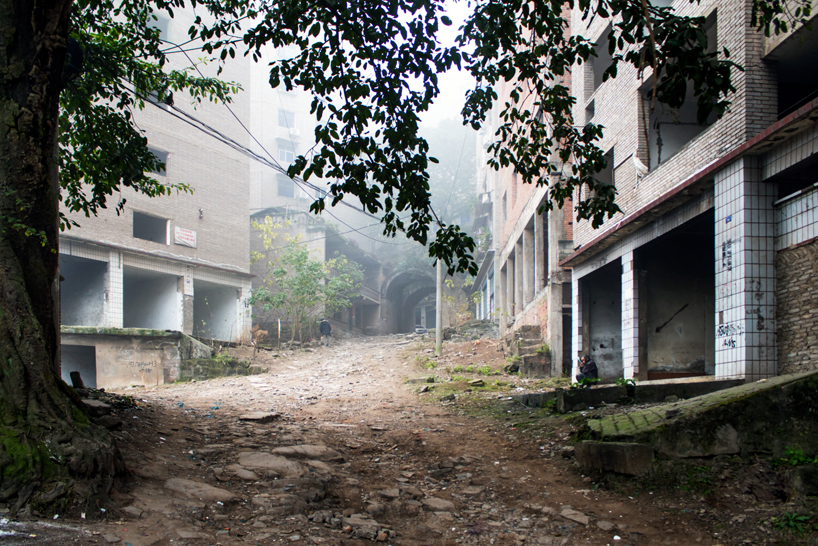 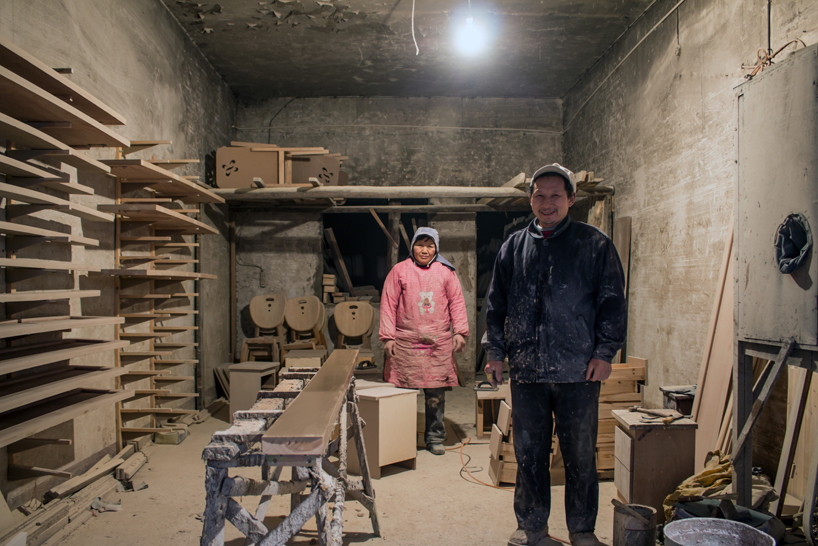 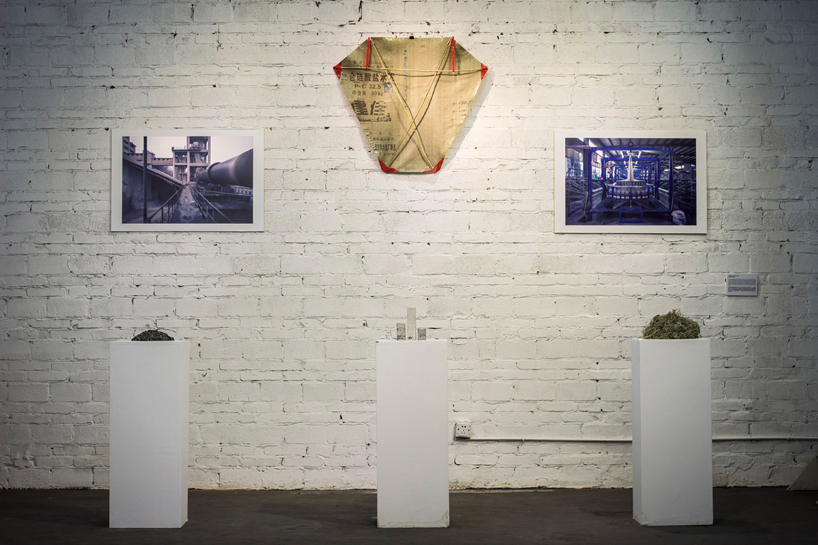 the three gorges dam is the biggest concrete structure on earth. concrete was key not just for the construction of the dam, but also for building hundreds of cities, bridges and basic infrastructure along the yangtze to replace those that were flooded. mañes decided to visit a concrete manufacturing plant, focusing specially on the sacks that are used to commercialize this material. the designer scrupulously displays the production process of this simple but highly engineered item and deliberately transforms it into a flying kite, a weightless but nevertheless meaningful symbol of chinese ancient culture. 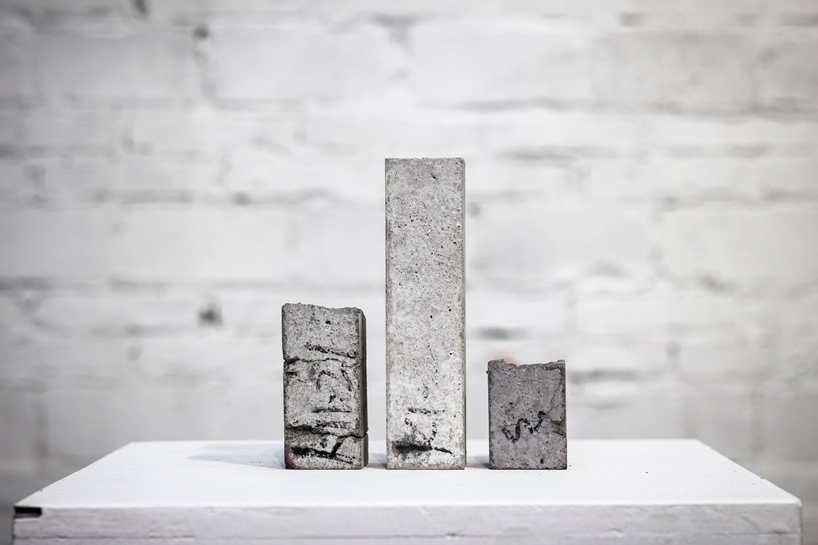 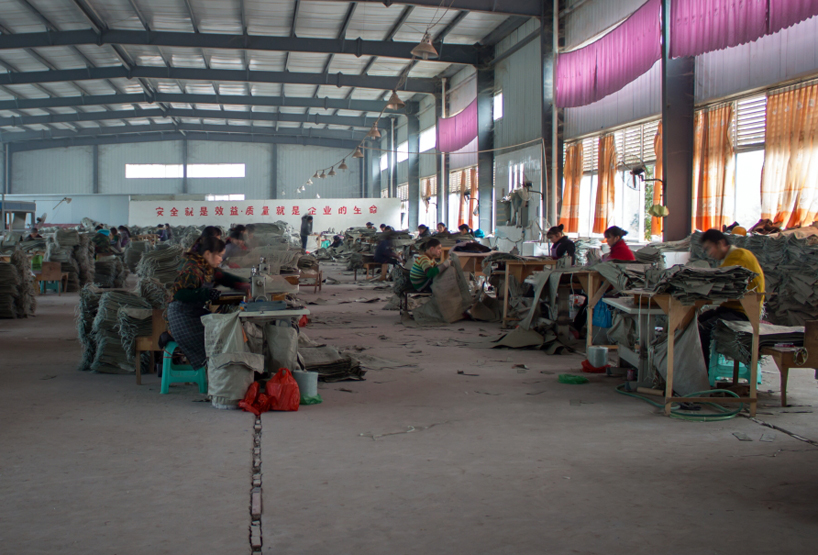 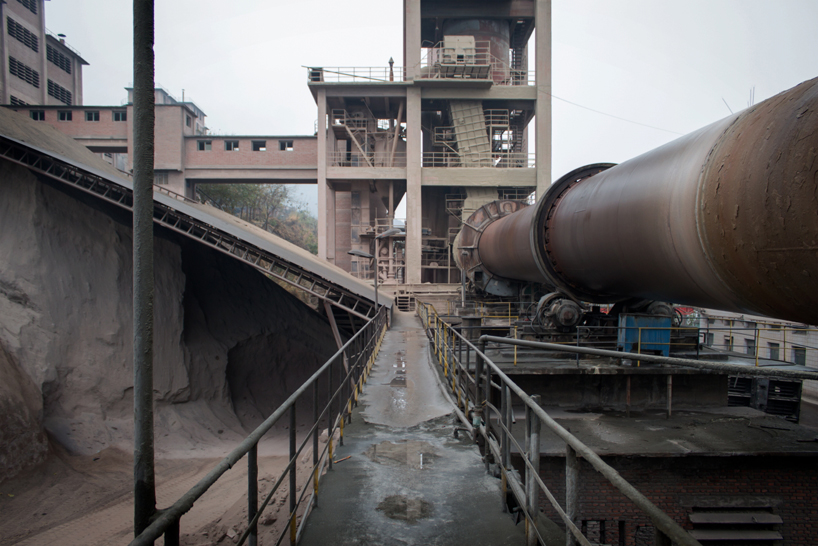 to see the project in full, you can head over to the artist’s website to find an extensive range of pictures documenting the series here.