the crown of a massive submarine, appearing to have just surfaced from an underwater journey, has materialized from beneath the sidewalk of milan’s piazza mercanti, surprising and baffling pedestrians. the installation has the tremendous deep-sea voyager popping out from the concrete path, causing a massive wreckage of rubble nearby. a smartfortwo car, seemingly at the wrong place at the wrong time, is apparently caught up in the chaos, haphazardly propped on the debris. the elaborate, staged intervention is actually a marketing scheme by advertising agency M&C saatchi milano for europ assistance IT, an insurance group based in italy, as part their ‘protect your life‘ campaign and launch of the lifepark protection store. designboom spoke with a ‘scuba diver’ at the scene where they told us of the importance of insurance in safeguarding your possessions, as you may never know when an unforeseen event might take you by surprise.

the clever stunt included a mass performance in the early hours of the morning, which imagined the manic scene as if it actually took place. actors dressed as sailors and scuba divers emerged from the semi-surfaced sub in a supposed daze, not sure where they had arrived or how they had gotten there. the driver of the vehicle, theoretically destroyed in the accident, can be seen exiting his car in a fit of both rage and confusion. the ploy even had a phony crew of hospital workers and police who rushed to the incident, carrying people on stretchers, and eventually securing the area from curious passers-by. you can watch the video of the orchestrated disaster scene, below: 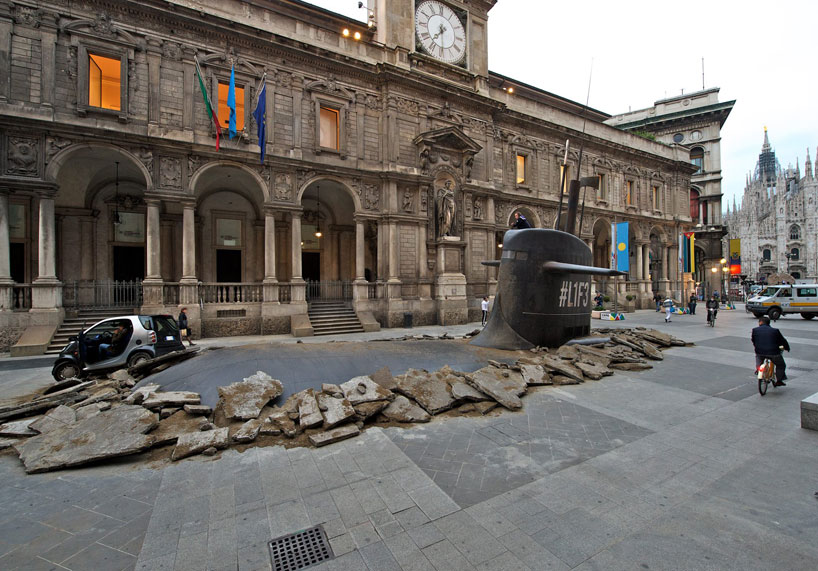 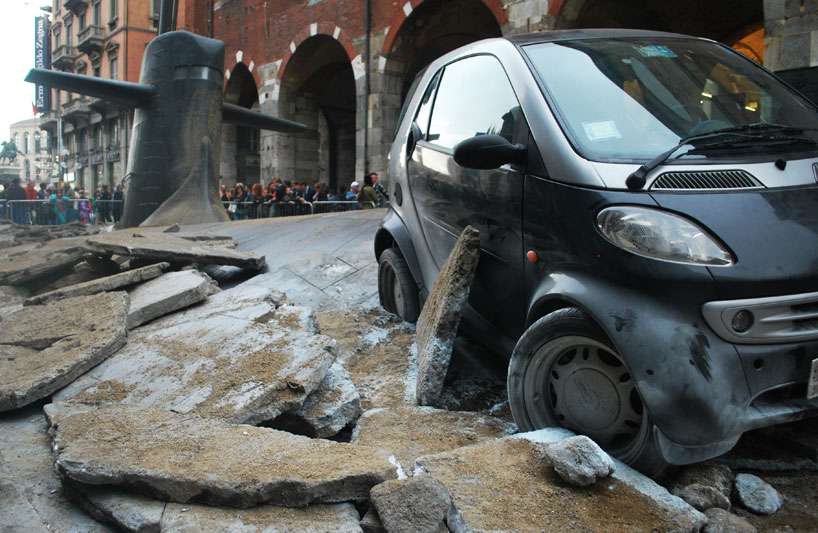 a smart car, seemingly at the wrong place at the wrong time, is apparently caught up in the chaos
image © designboom 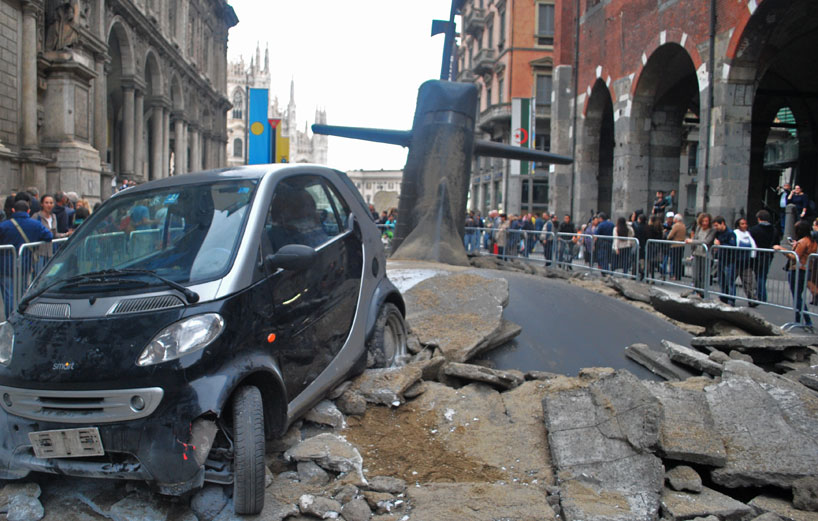 the massive wreckage of rubble piles around the installation
image © designboom 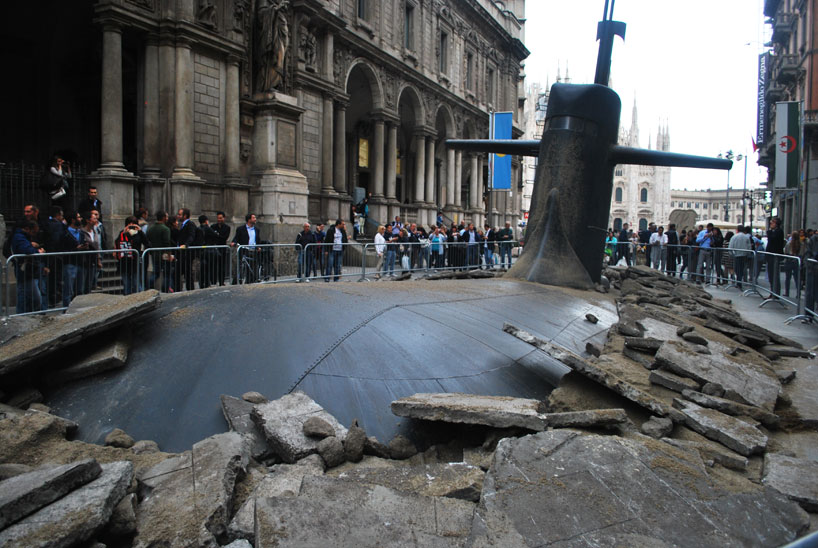 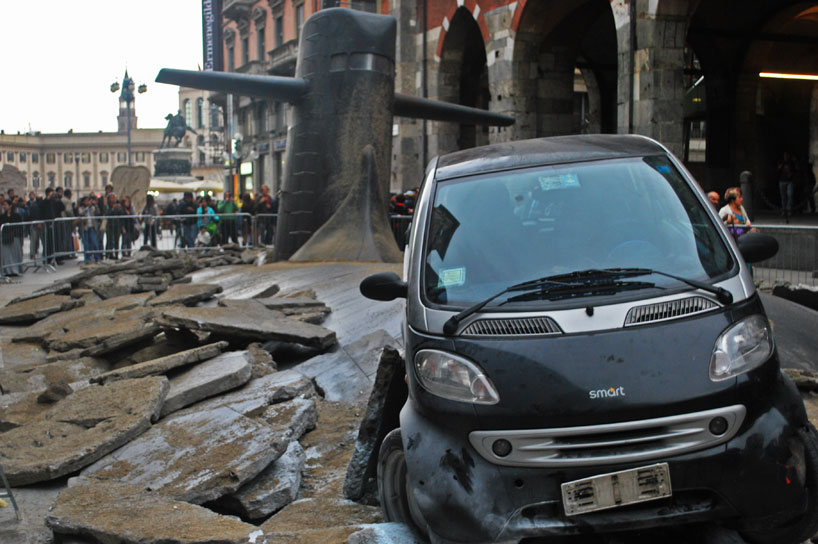 the clever stunt included a mass performance, where the driver of the vehicle exited his car in a state of confusion
image © designboom 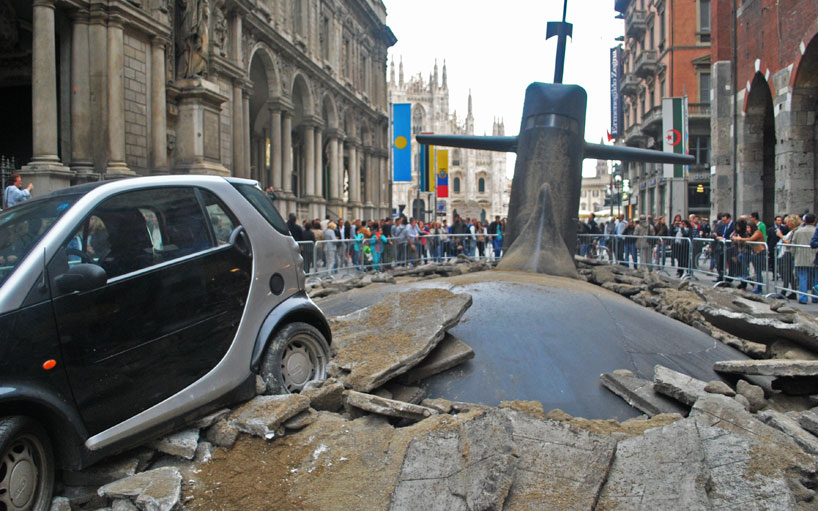 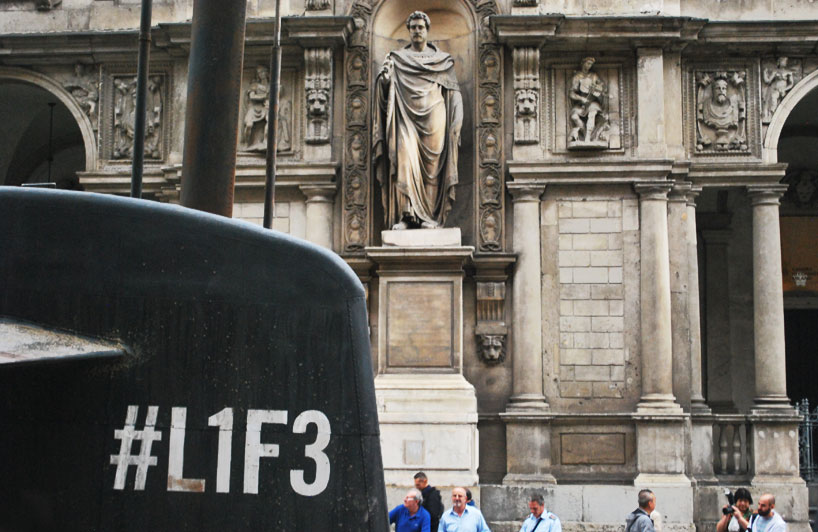 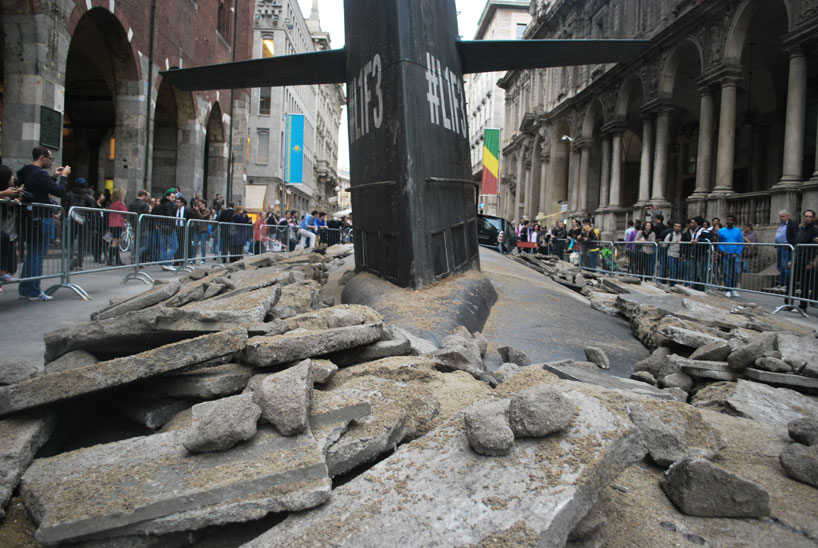 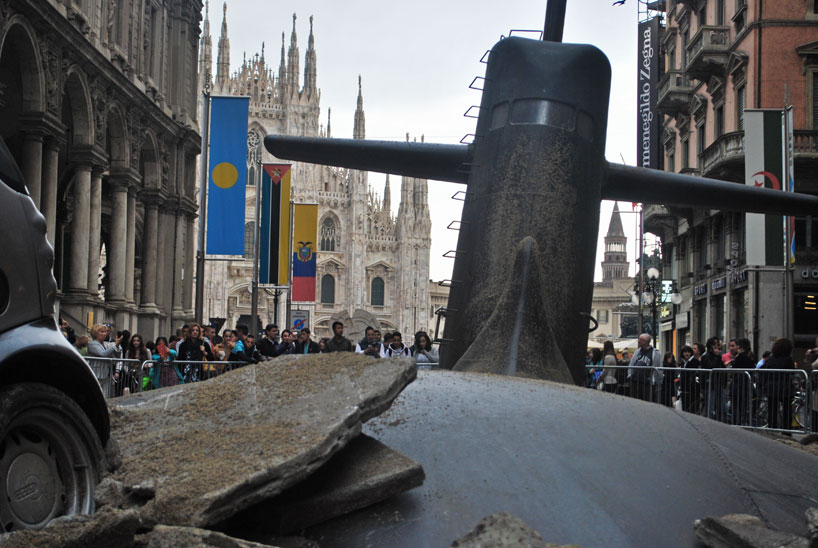