a maze for yorkshire by richard woodsimage by jonty wilde

a cartoon dry-stone wall by internationally renowned artist richard woods has landedat the orangery wakefield, which will open to the public from 8 june until 29 september 2013.

‘a maze for yorkshire’, which was commissioned by beam sits in the historic gardens of the orangery,a hidden green gem in the heart of wakefield’s emerging creative quarter. 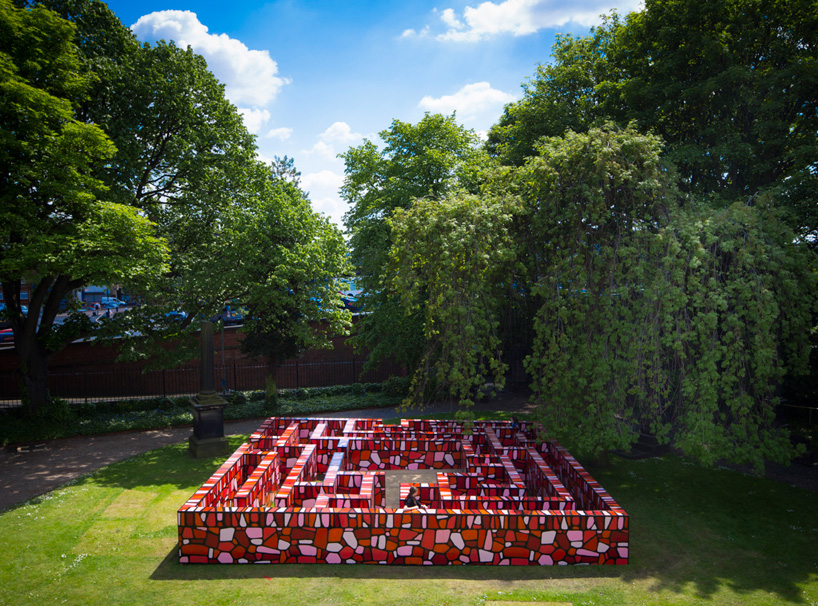 ‘my very first public commission was at tabley house, cheshire in 2000. I replaced the floorboards in the dining room with what has now become my signature work, woodblock printed cartoon versions of wood-grain planks. since then my work has been in regular conversation with ornamentation and function whether working on my own or in collaboration with furniture designers, fabric designers, games manufacturers and architects.

the art isn’t really art, the craft isn’t really craft, the design isn’t really design, and the architecture certainly is not architecture. I like occupying the position of the enthusiastic outsider in each of the disciplines. culturally, I think that’s a really interesting and useful place to be.

the orangery wakefield established by mary milnes in the late 18th century offers the perfect opportunity to go back to the georgian era, architecturally speaking, after tabley house, to make an intervention into the landscape at the orangery, something that my work has been doing more frequently, whether converting city buildings into mock tudor dwellings or turning gallery facades inside out.

recently I’ve been looking at the opportunity to create a maze in the landscape, whether dry-stone wall or red brick, a monumental and interactive sculpture which encourages a sense of playfulness and adventure; an interactive work of art that combines the nostalgia for english heritage, the intellectualism of high-modernism whilst truly forcing the unexpected with every corner that the viewer turns.the idea of the orangery is perceived historically not simply as a greenhouse but more of a symbol of prestige and wealth, an extension of the main house and feature of the garden, more a summerhouse or folly.

which is why the maze fits with the tradition and idea of the folly, an absurd, architectural construction; a flamboyant gesture, whilst locating an area within the new construction to accommodate workshops and similar beam activities further lends itself to the idea of these follies, acting as actual extensions of the main house. the maze, like the idea of an ‘orangery’, originates from the renaissance gardens of italy and the drywall stone motif can be seen as a version of my earlier crazy paving or terrazzo motifs, again something that harks back to the italian roots.’ 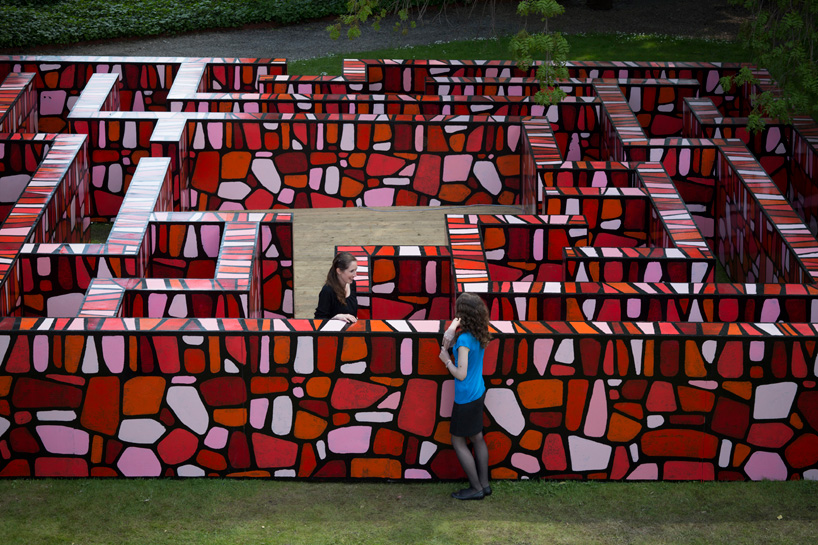 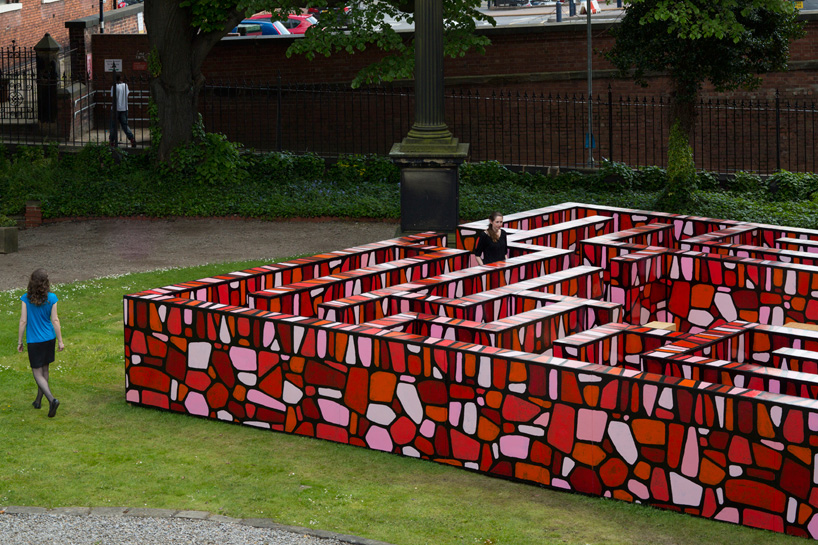 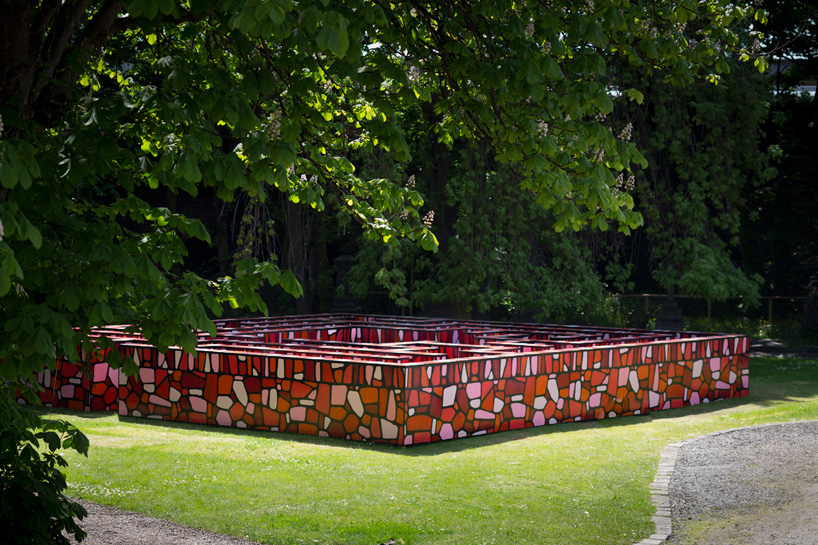 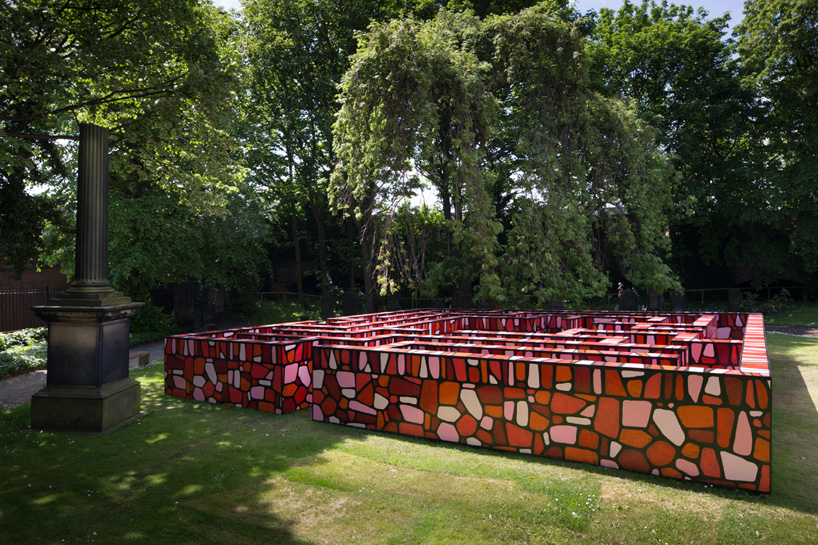 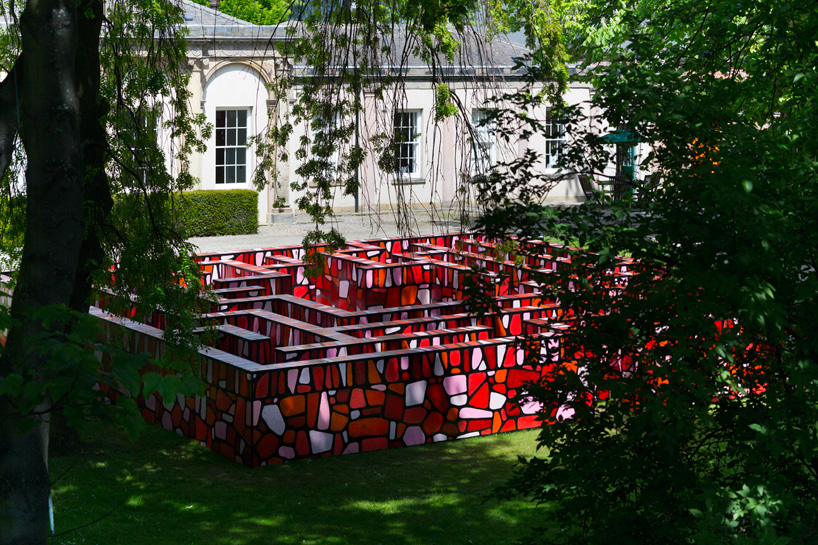 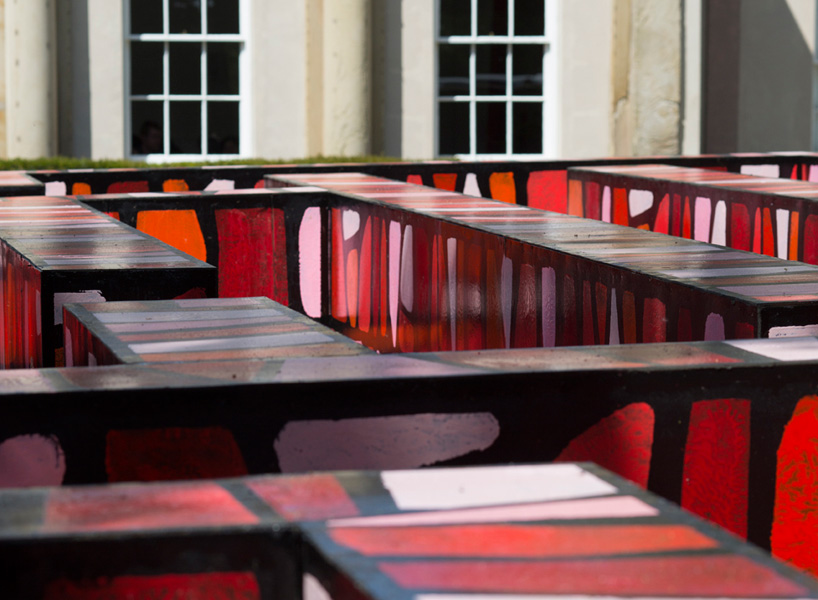 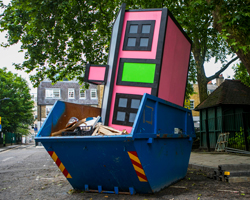 Jun 01, 2018
richard woods abandons his holiday home in a roadside skip in london 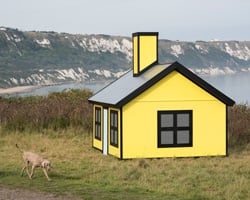 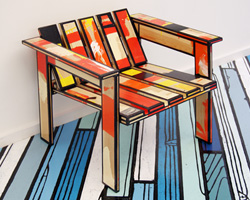