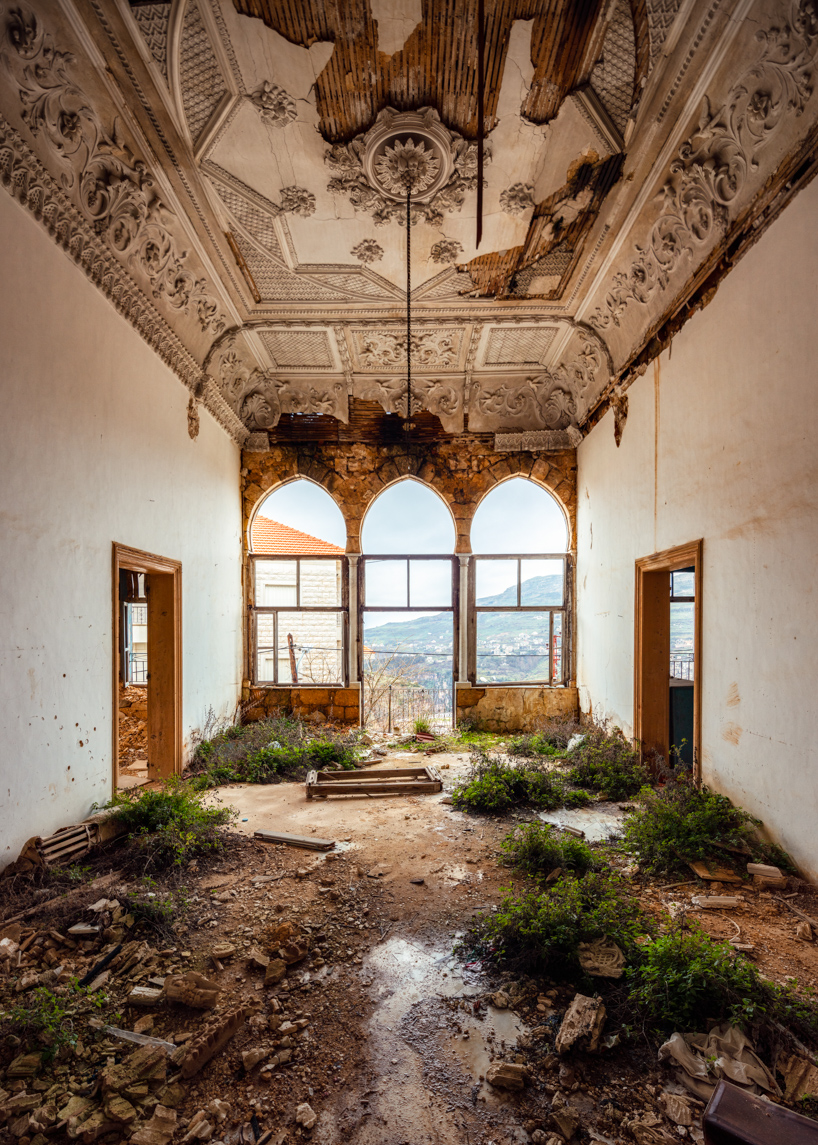 from abandoned mansions to ruined hammans, the photographs captured by kerwin lay bare the marks left by the most recent war in 2006, during which israeli bombardment damaged the city. amid the crumbling stone and rotting timber, the historic elements of the architecture can still be seen, such as the ‘triple arcades’ that are synonymous with lebanon. 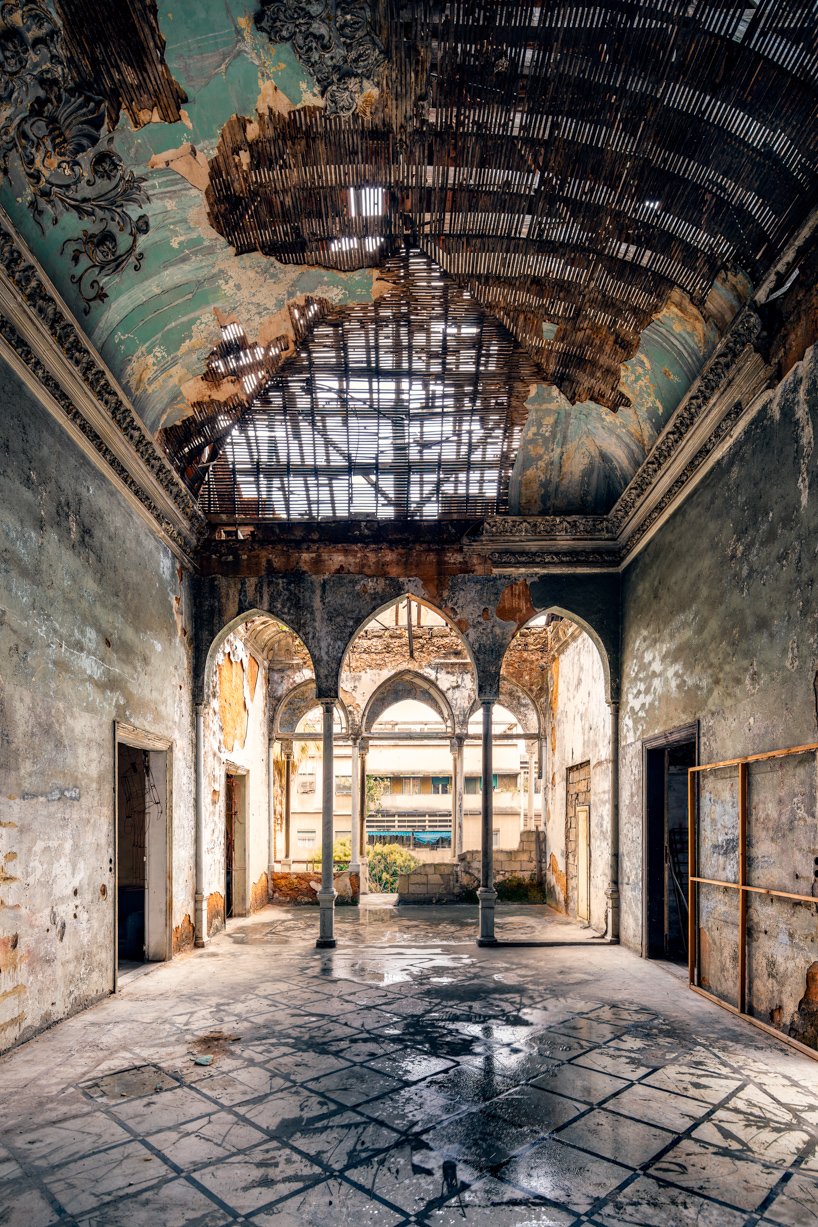 the abandoned buildings take on their own unique beauty, yet the derelict state reminds viewers of the troubling conflicts that rendered them destroyed. with this photography series, kerwin brings attention to the country, its people, and its recovering capital, and you can see more on kerwin’s website here. 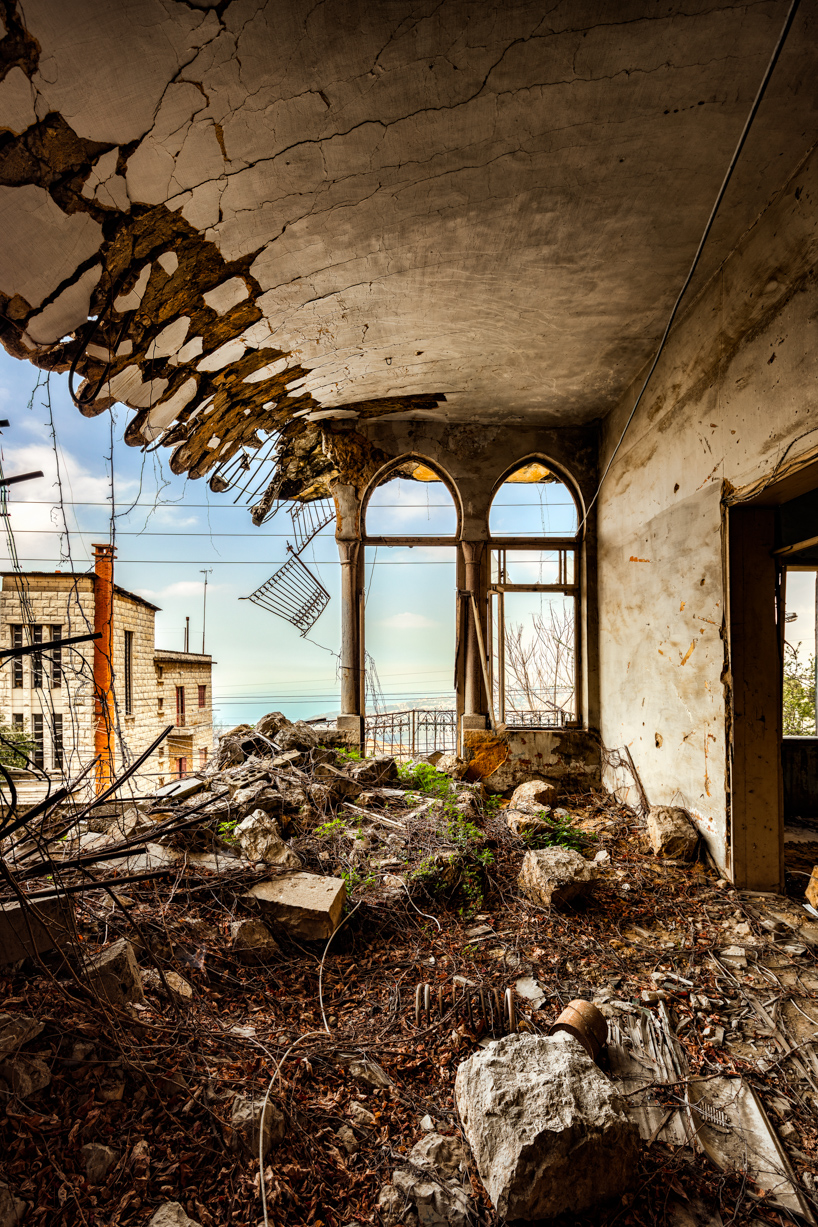 a ruined apartment block, hit during the war, however the triple arcade can still clearly be seen through the remains 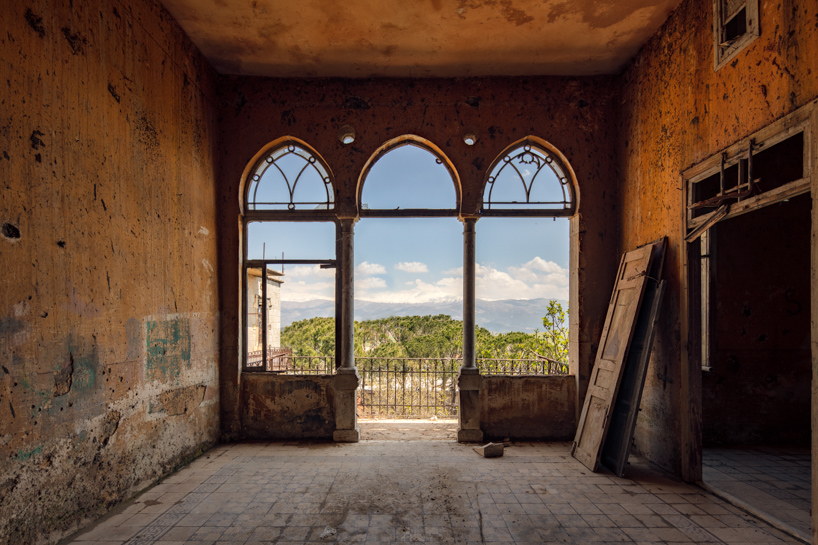 a mansion undergoing renovation work to the roof, this famous palace in the south of lebanon was on the front line, and it was held as an army base, stronghold and lookout point 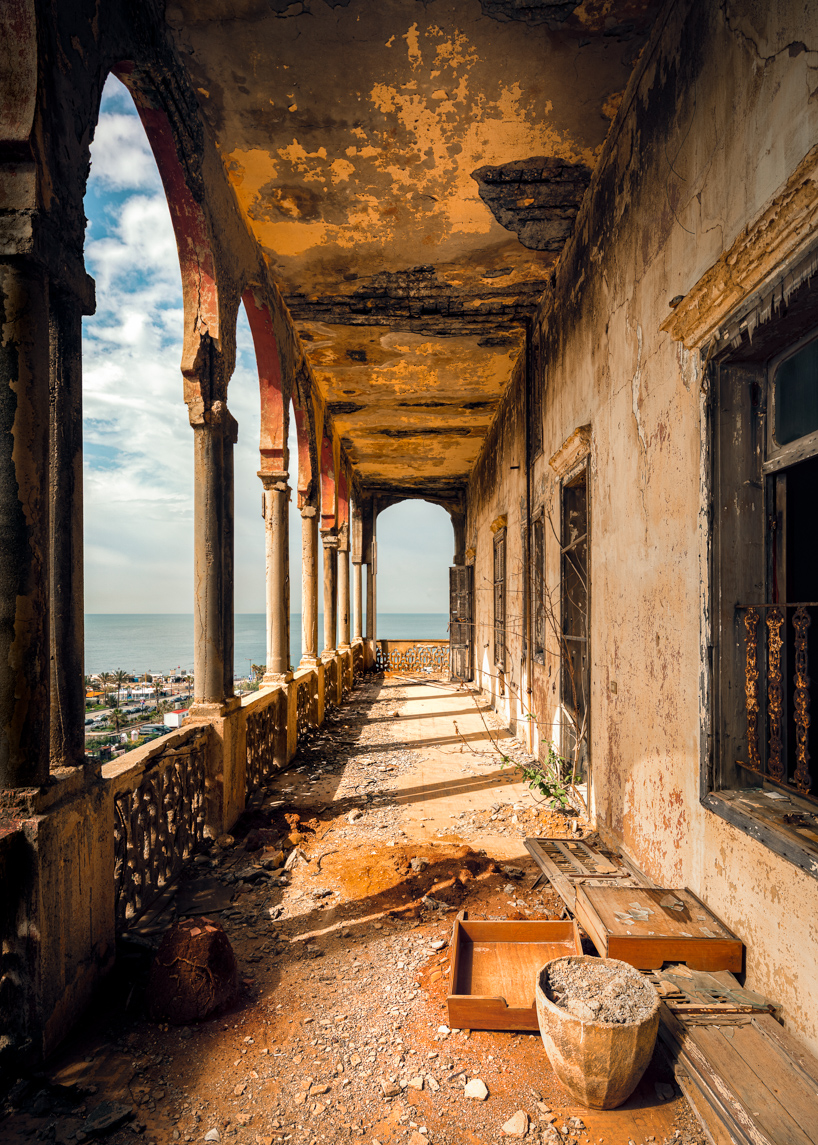 ‘the smell of roses’

built in the 19th century, this is a very old mansion on the sea-front with a light pink-colored exterior 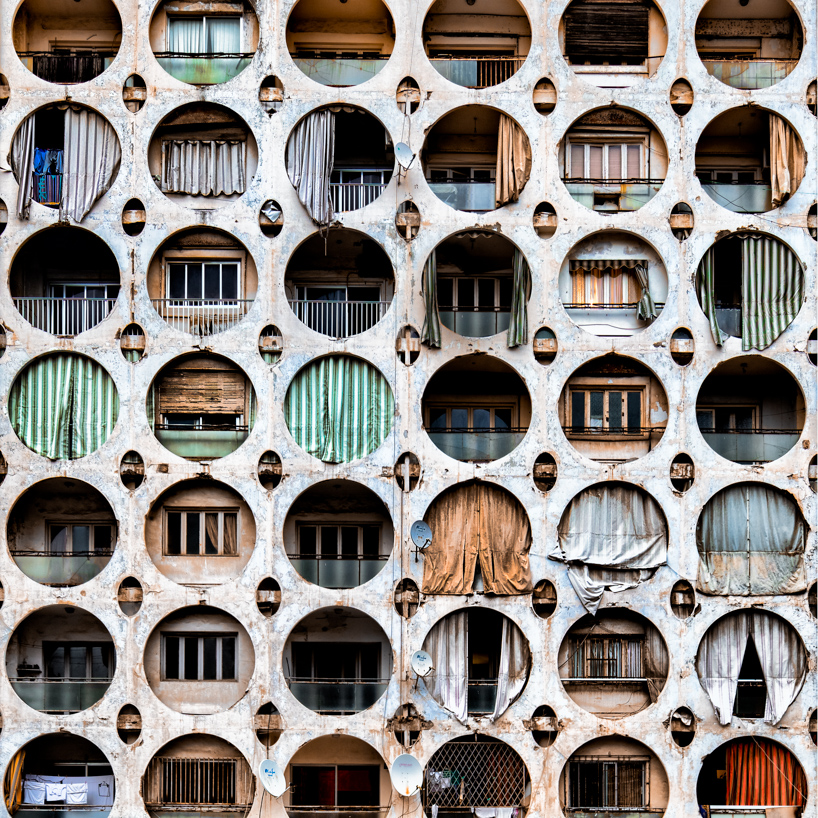 ‘the circle of trust’ 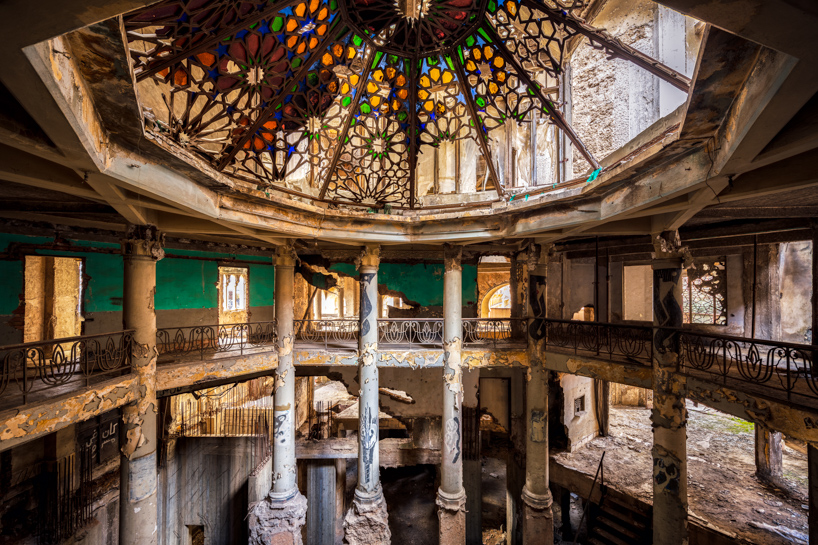 the entrance to a former theater in beirut 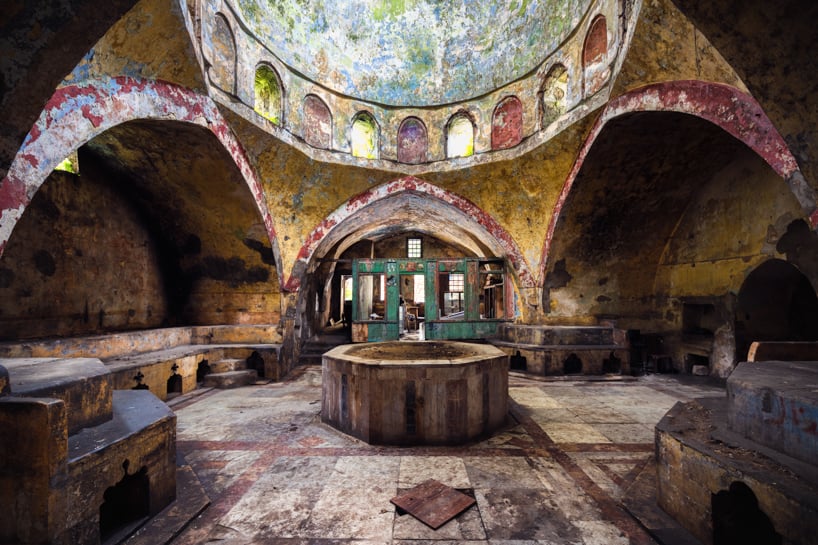 since the 16th century, turkish bath houses have been popular in lebanon, but due to the civil war many have been shut down 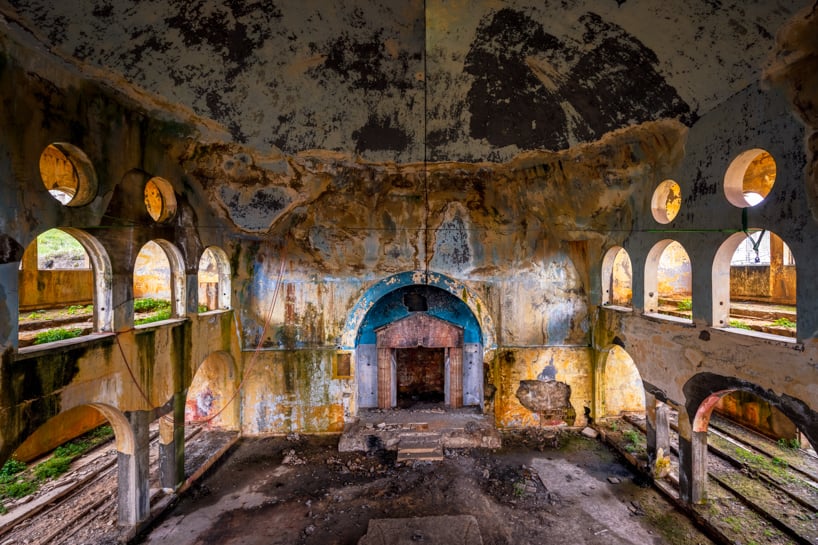 a former synagogue, which is still intact enough to give a sense of what the space once was like 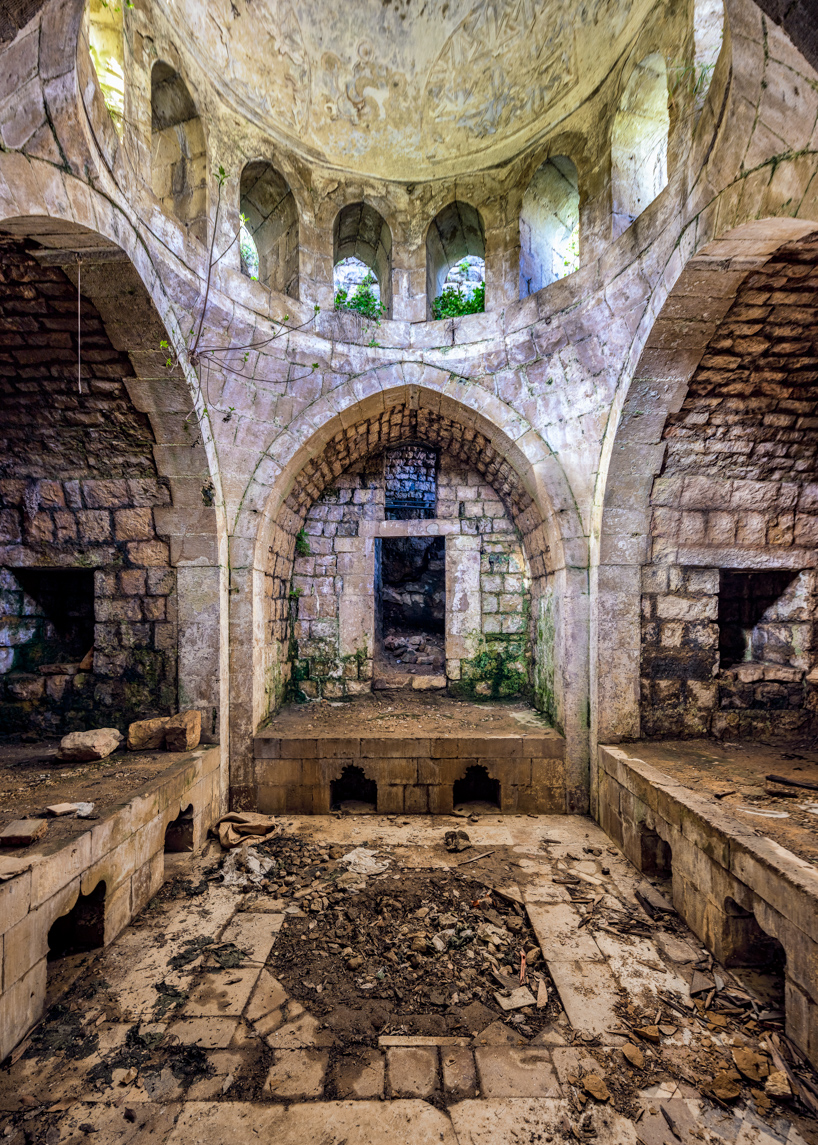 a ruined hammam with a pretty ceiling 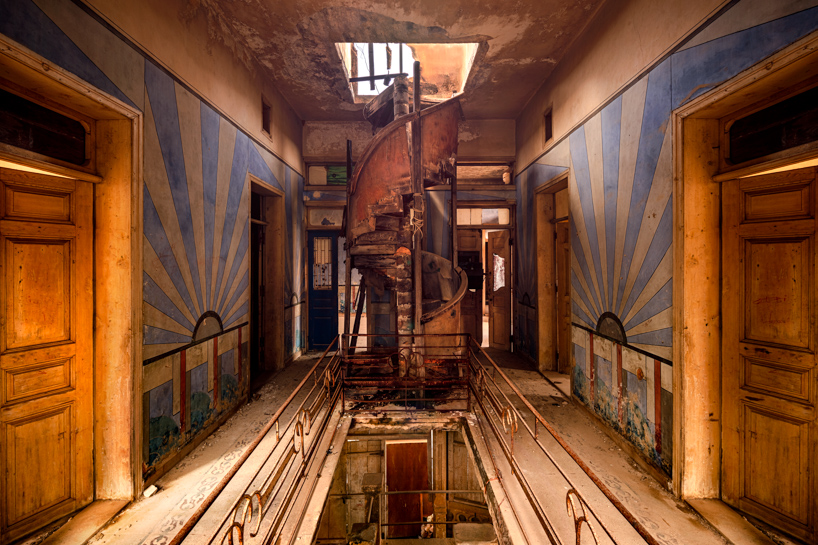 the spiral staircase appears like an after-thought in this large abandoned mansion, that was also used during conflict in lebanon 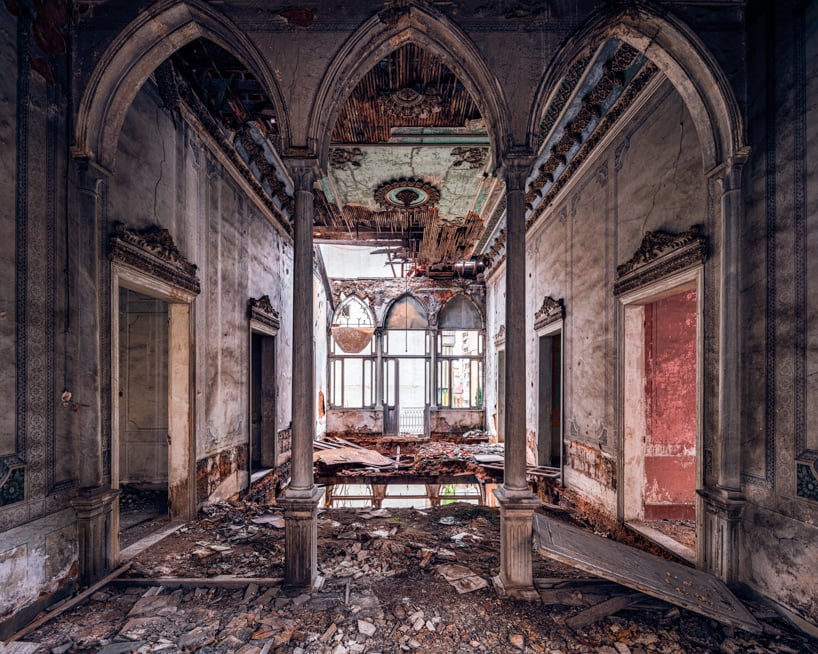 a stunning abandoned mansion, that somehow retains the ceiling detail 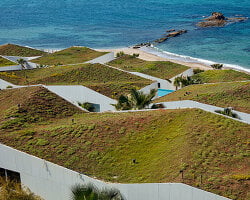 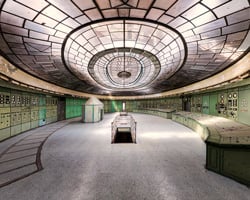 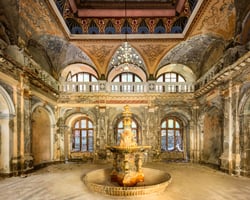