since the arrival of the cultural center of european space technologies, the tiny slovenian town of vitanje has gained a valuable landmark and tourism attraction. in july 2015, the AA visiting school held a two week design-build-make summer school program — part of london’s AA school of architecture — to help the community explore ‘nano-tourist’ strategies in relation to the KSEVT institution.

in its first year of operation the KSEVT attracted over 25,000 visitors to the town, which has a local population of only 800. the 2015 program, led by AA visiting school, continued development on a series of already successful strategies unveiled throughout the year previous. a topic, local vs. planetary was presented, which opened dialogue concerning the integration of the immediate locality into the global context.

KSEVT’s ability to generate and host social, cultural, and scientific activities was capitalized upon in the concept, which was ultimately presented as an ephemeral land installation. ‘don’t panic’, a slogan related to sci-fiction and cultural references of herman potočnik noordung, arthur c. clarke, and douglas adams was chosen for display. through collaboration between program participants and the community, the two word phrase was installed on a hillside sheep pasture overlooking the town. 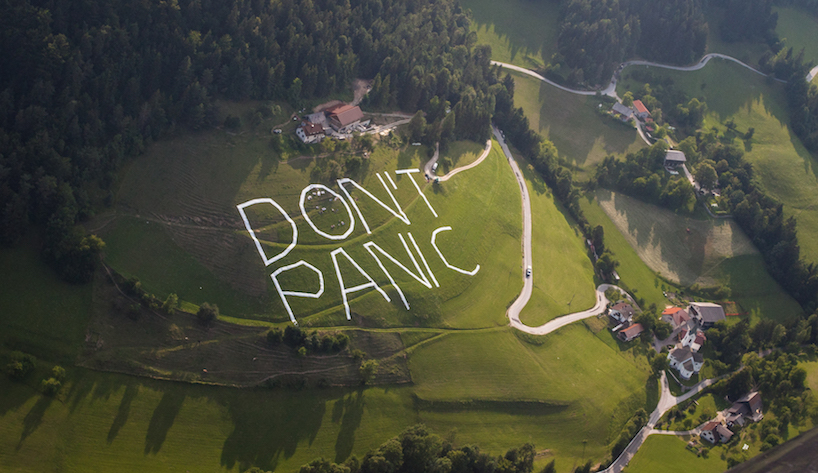 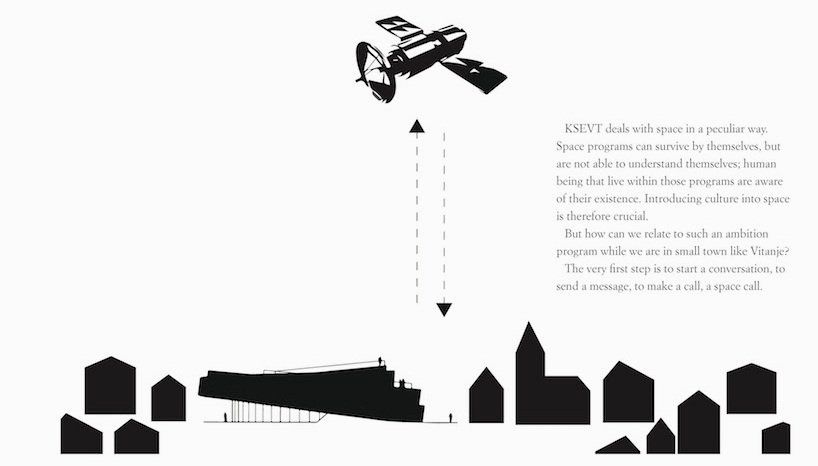 the program was focused on local and planetary communication 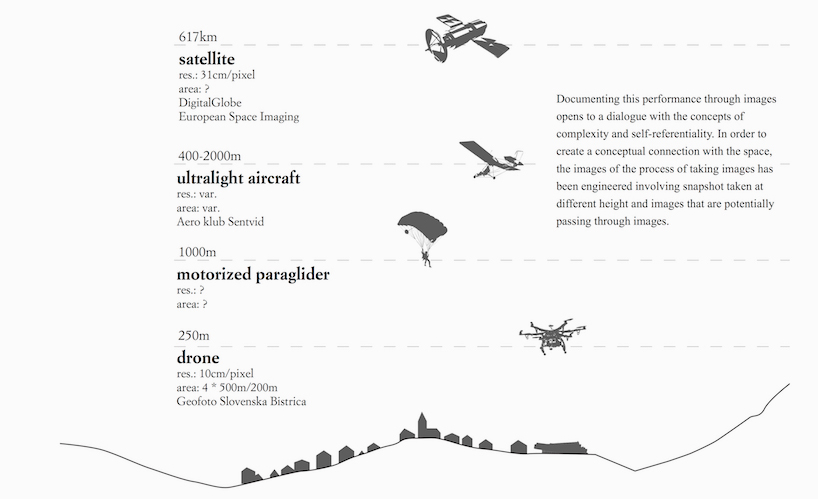 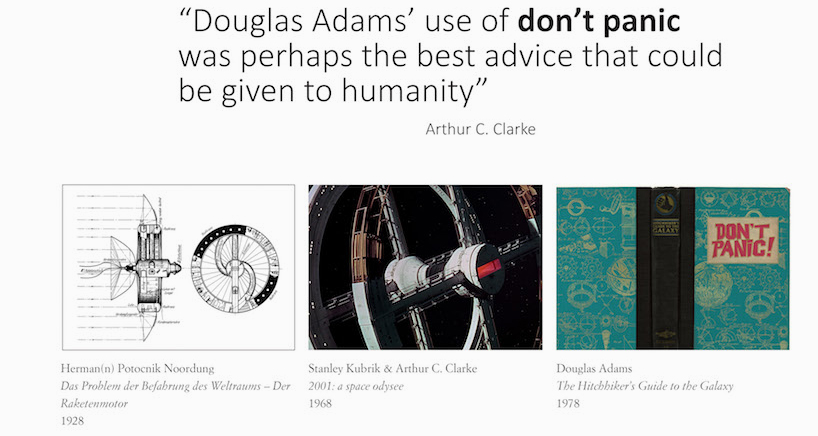 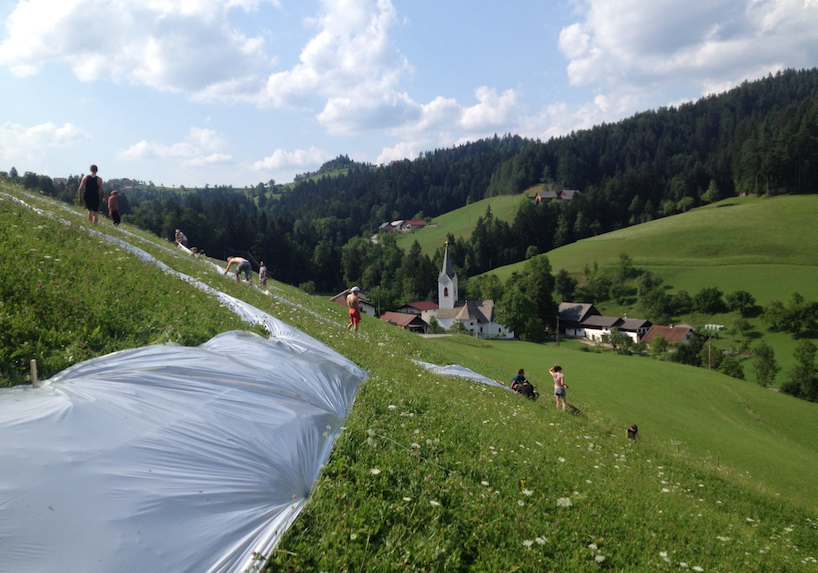 construction took place on the 15th of july 2015 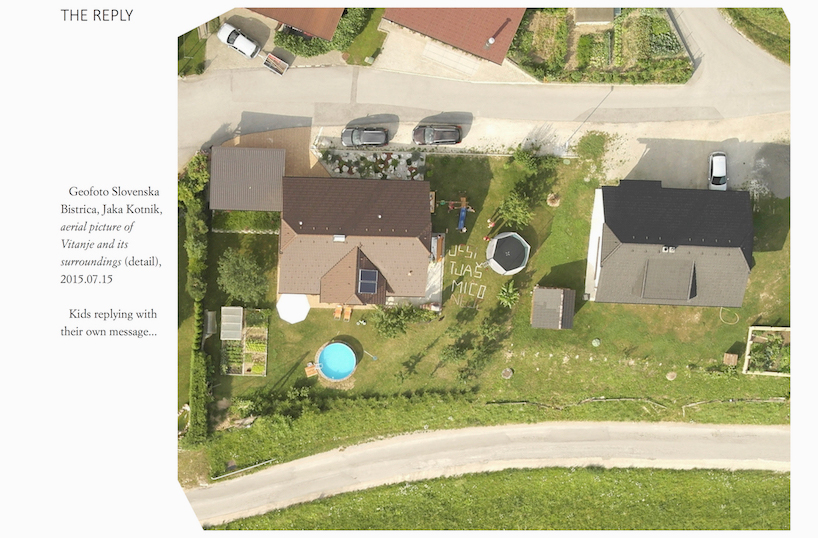 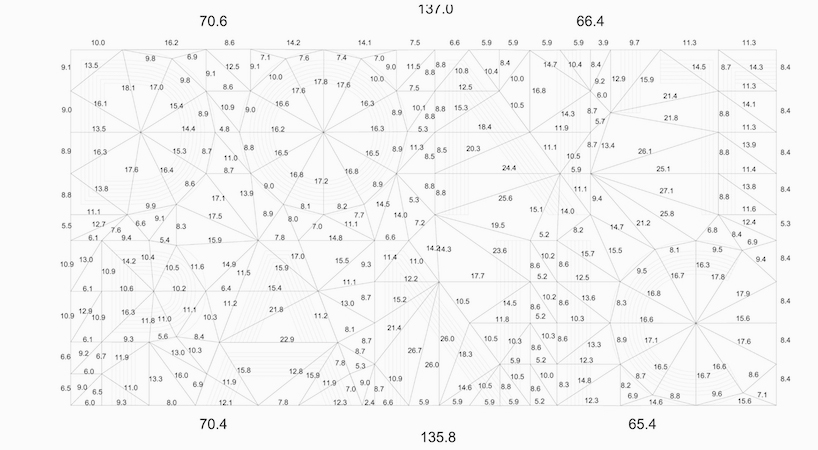