feared and avoided by beach-goers around the world, the portuguese man-of-war has amazed, frightened and fascinated those within its reach. the colonial organism closely related to the jellyfish species is marveled at for the intricate and vibrant patterns built into its physical being and dreaded for the painful sting it inflicts on unsuspecting swimmers. retired U.S. navy combat photographer aaron ansarov has collected and captured images of these striking creatures, washed up on the beach in florida. national geographic has recently spotlighted the series, revealing the hidden nature of these deep-sea stingers at close range, with a vantage point otherwise undiscovered by the human eye. ansarov’s recent work is being shown at mark k. wheeler gallery at the art institute of fort lauderdale, florida. 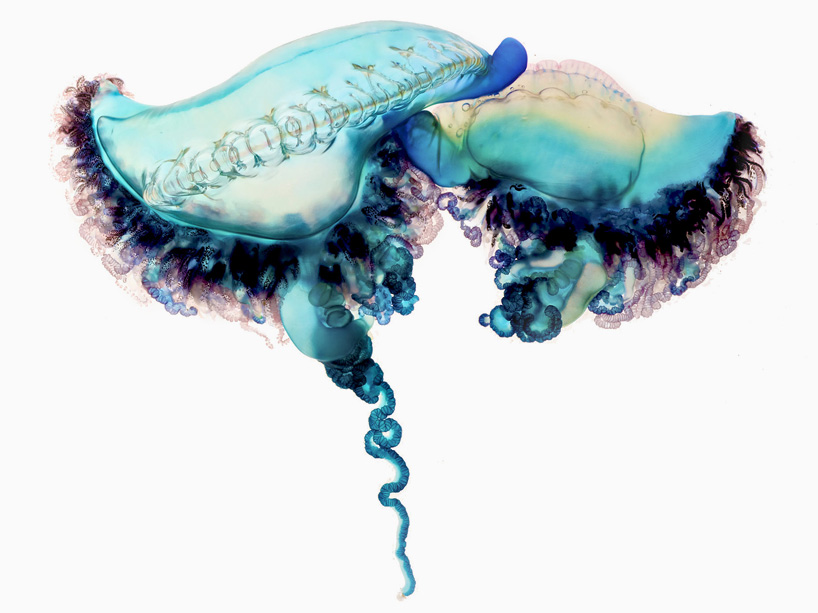 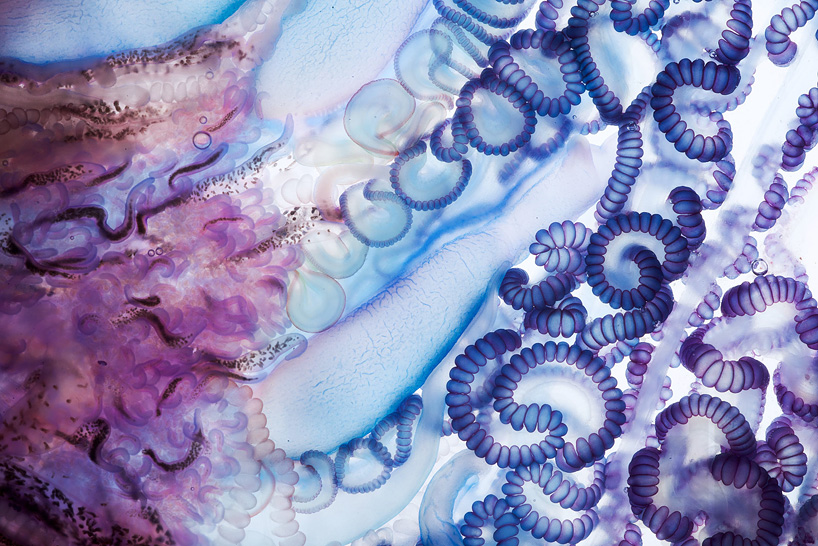 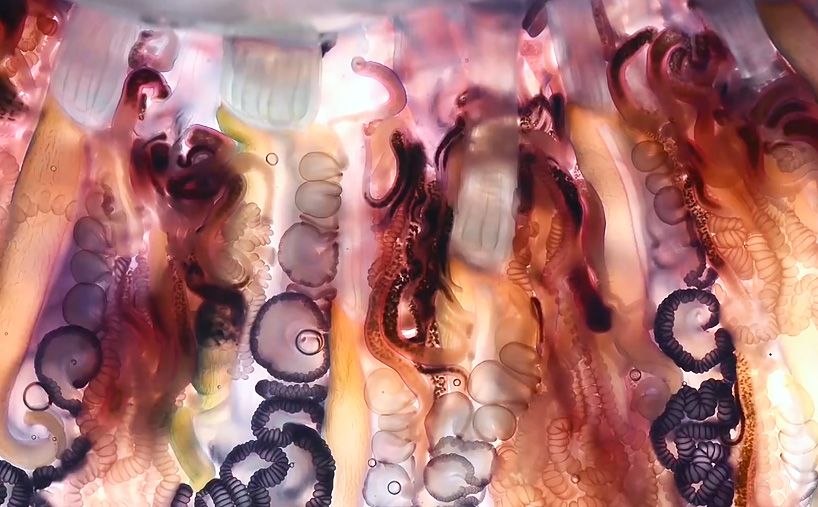 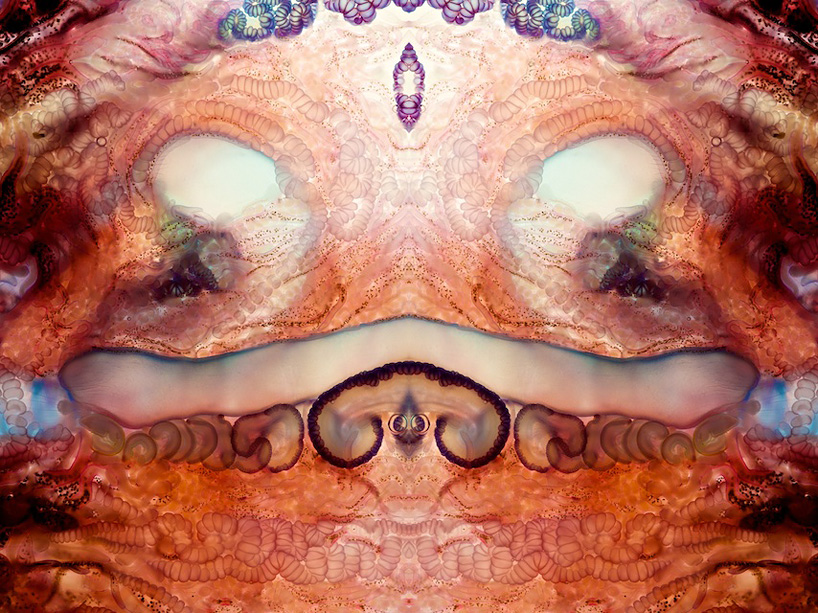 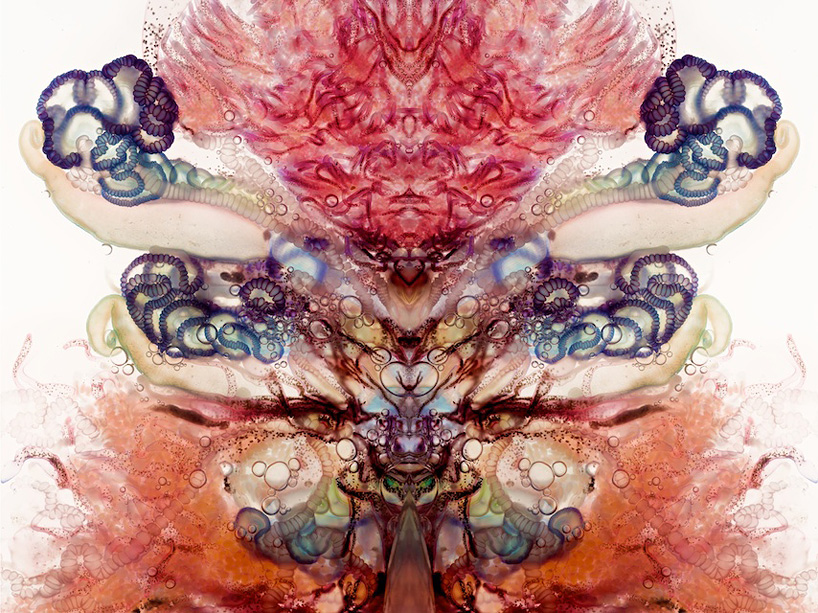 read more about the species and the techniques involved in photographing them on national geographic.